Last year was an exciting year of “finds” for Forgotten Fiberglass, and one of the neatest ones received national attention in the October 30th, 2014 edition of Old Cars Weekly.  We had heard from new owner Bernie Kranz last June (2014) in an e-mail/posting discussing the following:

I have located what I believe to be one of two 1961 Seagrave cars known to exist. The other car has been seen in the last year on the internet – it is white with a red top. The one I have found is white with a blue top.

This car is very complete, right down to the hubcaps, with a lot of spare parts. It has been sitting in a barn since the early 70’s. It was a running and driving car when it was removed from the build area. The original owner also had many interesting stories about how he got the car and the parts. He also knew about the other red top car that exists.

According to him there were 3 cars total, and the 3rd one went to the GM Tech Center, and is no longer known to exist.

Of course we had to learn more and soon talked to Bernie in detail as well as fellow Seagrave enthusiasts Bob Cunningham and Alden Jewell.  This was going to be an interesting story, and it turned out it was going to be covered by our friend Angelo Van Bogart and Old Cars Weekly first.

Let’s see what Old Cars Weekly had to say about this car back last Fall, 2014. 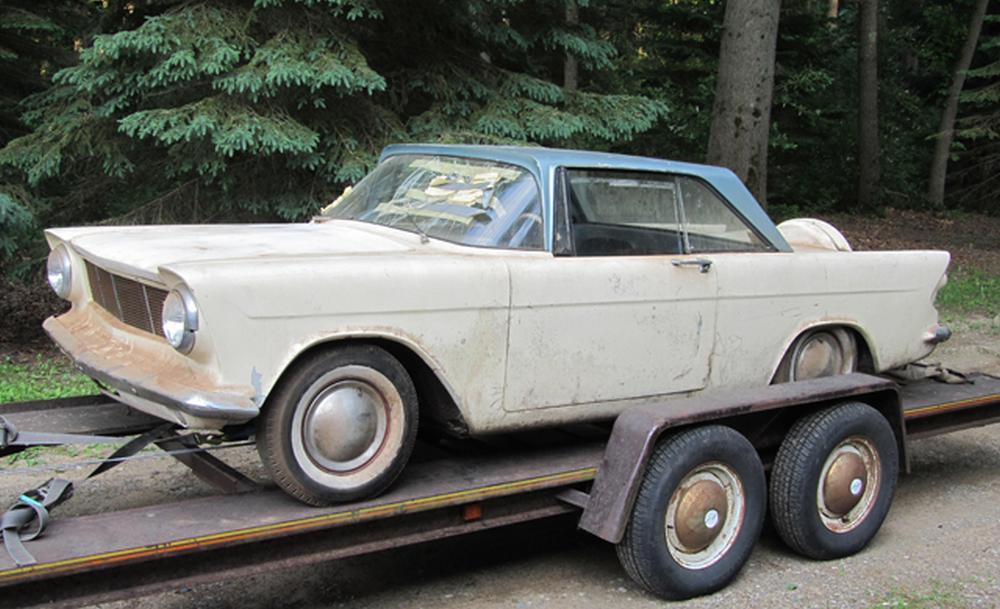 Concept cars and prototypes have been found in some pretty crazy and unlikely places — behind barns and in salvage yards, for example — but Bernie Kranz’s recent find of a 1960 Seagrave prototype is a new one.

“I actually found it by accident at a yard sale,” Kranz said. The Chelsea, Mich., resident was heading to Paradise, Mich., with his wife last summer to do some gas pump and sign “picking” when they stumbled onto the Seagrave. Finding a car — let alone a prototype — was the last thing Kranz expected to follow him home on that trip.

“We stopped at yard sale and there was a barn on the property. Of course, I was wondering what was in the barn because there wasn’t much in the yard sale.” 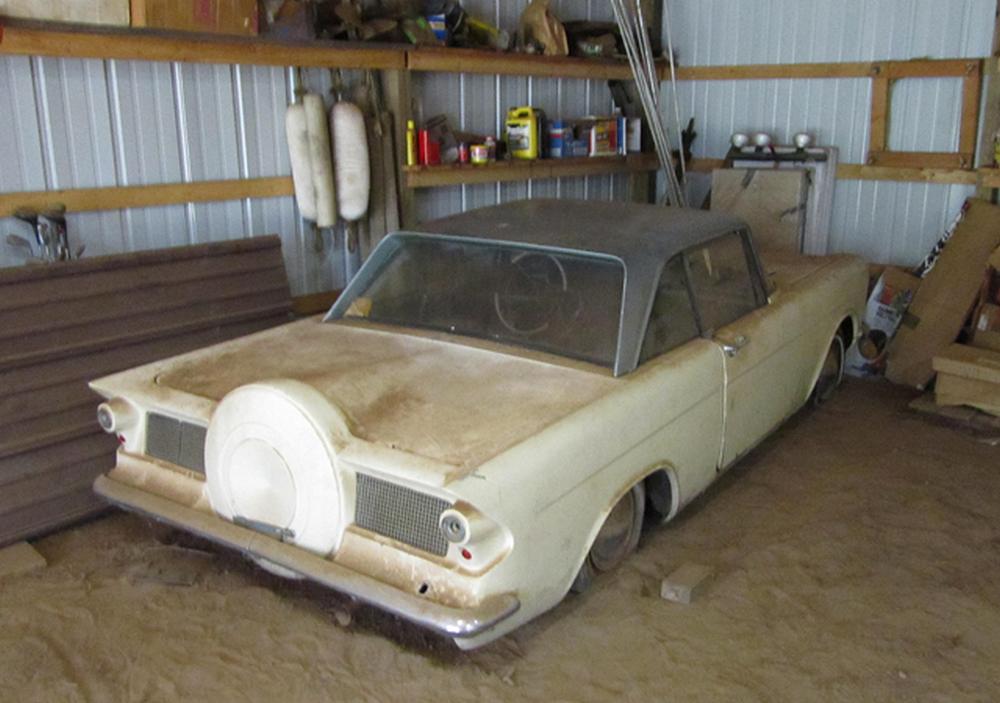 Itching to get in the barn while the yard sale was being set up, Kranz asked if the sellers had anything else for sale. The daughter of the Seagrave’s owner said they had some snowmobiles to sell.  Kranz had little interest in snowmobiles, especially on Memorial Day Weekend.  Regardless, he asked if the snowmobiles were on the property in hopes they would be his ticket into the barn. Bingo!

“She opened the barn door and the rest is history,” he said.

As the light shone in the barn, Kranz spotted a boat on a trailer. Behind it was a small vehicle covered with a tarp. The woman said the boat was going to be added to the yard sale, as was the diminutive treasure under the tarp. 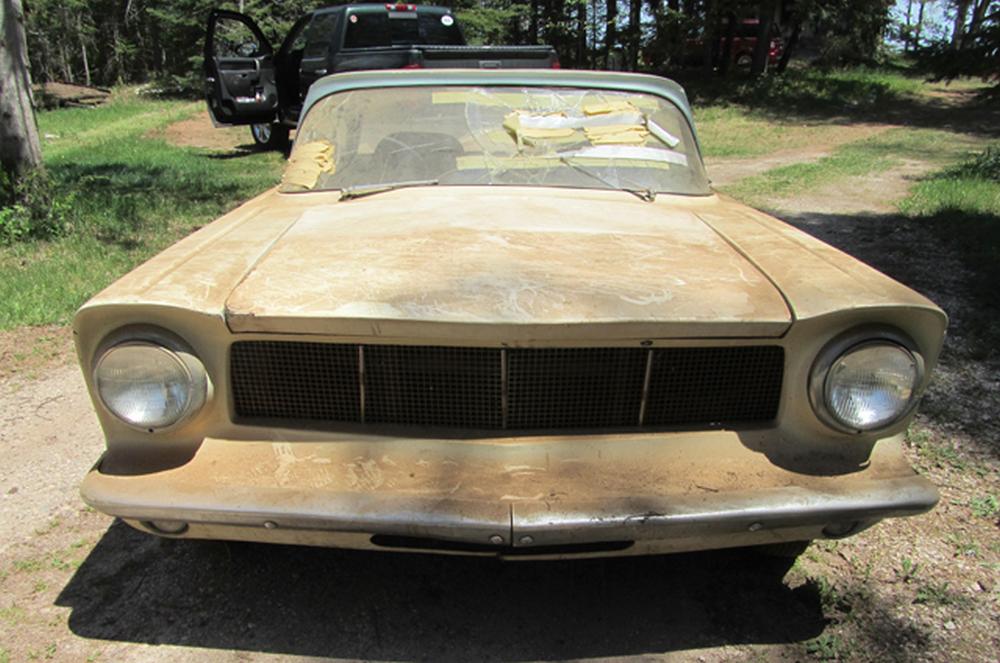 “At first I thought it was one of those small boats from the 1950s, and I asked what that was and she said it was an America Jet,” Kranz said. “I said, ‘Is that an American Motors?’”

The little Seagrave under the tarp had no links to AMC, but that would have made more sense than the truth. In reality, the car — later called the “American Jet” — was built by Seagrave Fire Apparatus Co. of Columbus, Ohio. The little coupe Kranz found was the remains of Seagrave’s brief dip into the pool that was the booming American compact car market during the early 1960s.

The “Standard Catalog of American Cars 1946-1975” states three Seagrave coupes were built as prototypes: one bodied in aluminum and the other two in fiberglass. Each was powered by a small Continental four-cylinder engine displacing 162 cubic inches good for 65 hp. The “Standard Catalog” offers a shipping weight of 1,700 lbs. and quotes a factory price of $3,000, which would have made it considerably more expensive than a 1960 Volkswagen two-door sedan ($1,595 at the port of entry) or even a standard Corvair 500 coupe ($1,984 fob Detroit). Kranz compared the Seagrave coupe’s size to the diminutive Metropolitan ($1,673 in 1960). 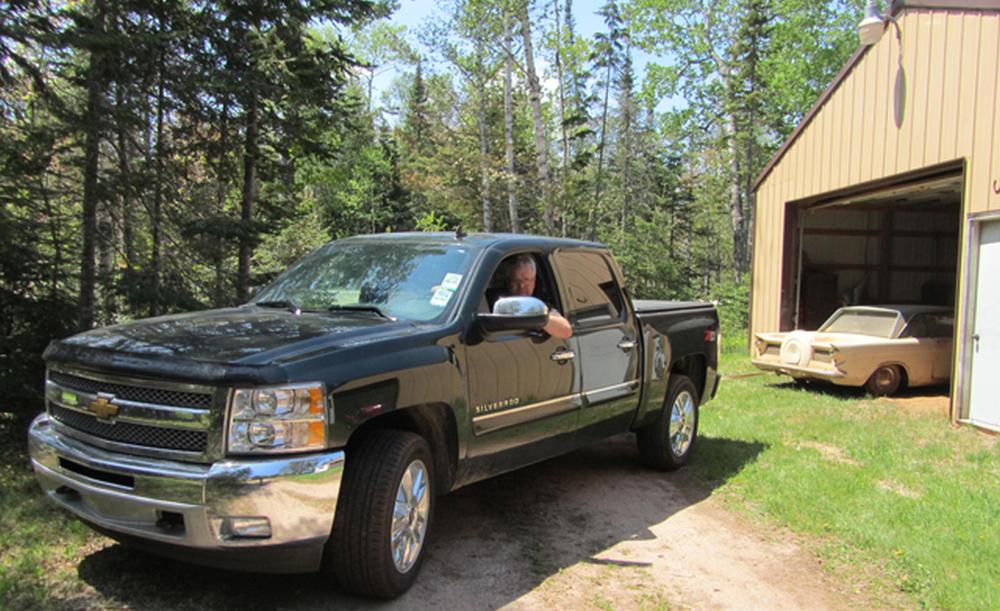 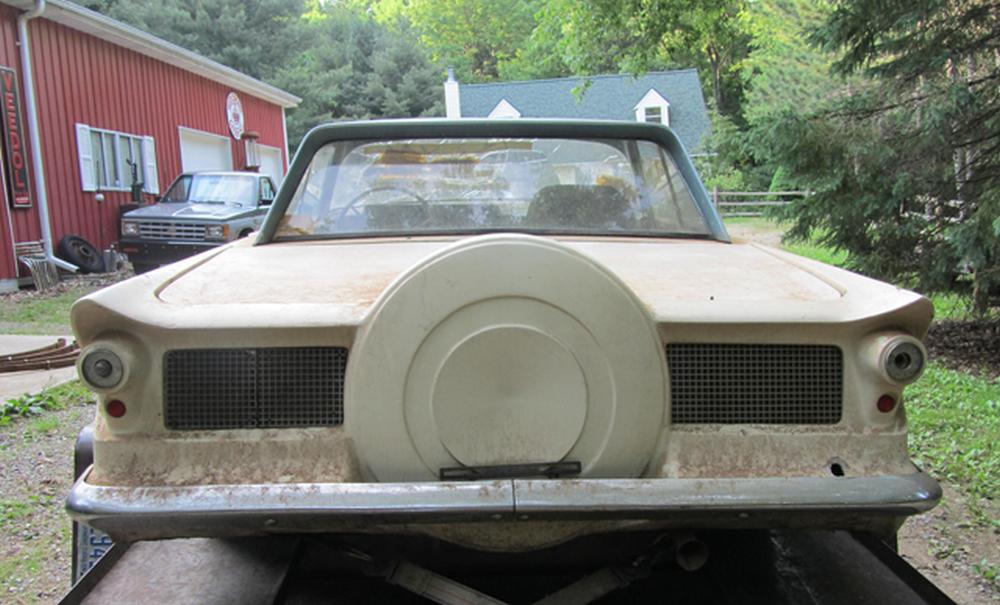 The Seagrave car never came to fruition, and just one year later after the three prototypes were built, the June 1961 issue of Car Life followed up on the 1960 Wall Street Journal announcement of the Seagrave automobile. Editors learned that the car was to be a high-quality compact with production estimates at 25,000 coupes per year. Seagrave had purchased the car design, which used a two-seat Thunderbird windshield, from the defunct Detroit National Automobile Co. Despite the tiny scale, three passengers could be seated in the Seagrave’s front seat; two additional passengers could cram in the occasional rear buckets seats molded into the body. A V-8 engine option was planned, but Car Life wondered where a V-8 of suitable size could be sourced for the small car with a likewise small engine bay.

The Car Life staff said one prototype remained in a plastics firm’s garage in Fraser, Mich. Kranz believes the white fiberglass car with a blue top that was pictured in the Car Life article was the car he later found in Paradise, Mich. 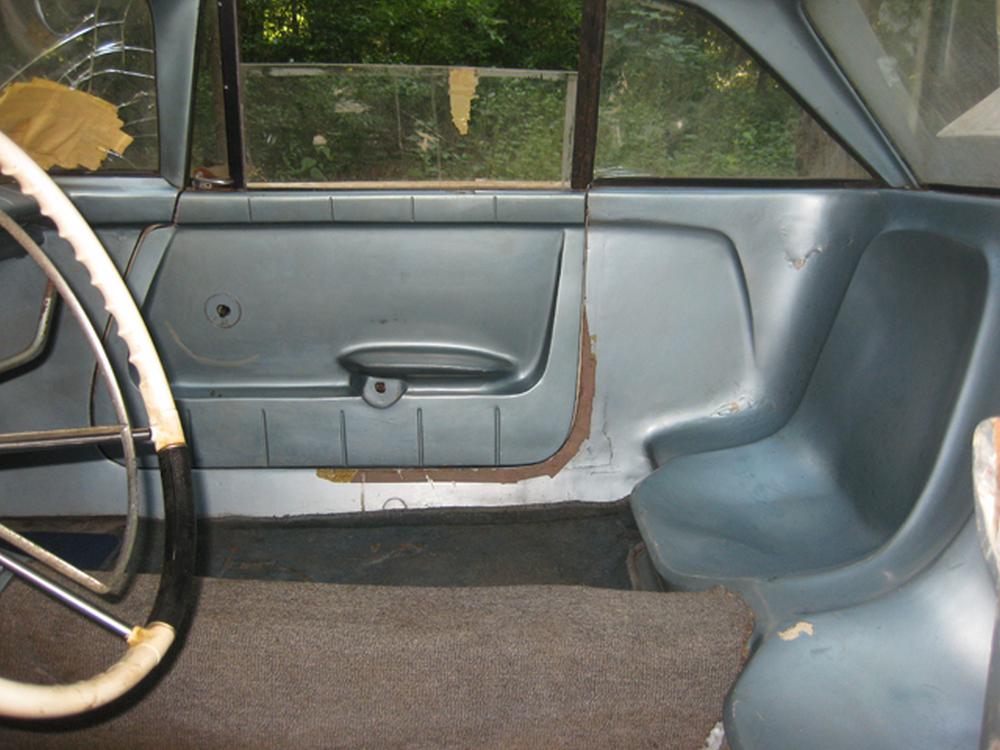 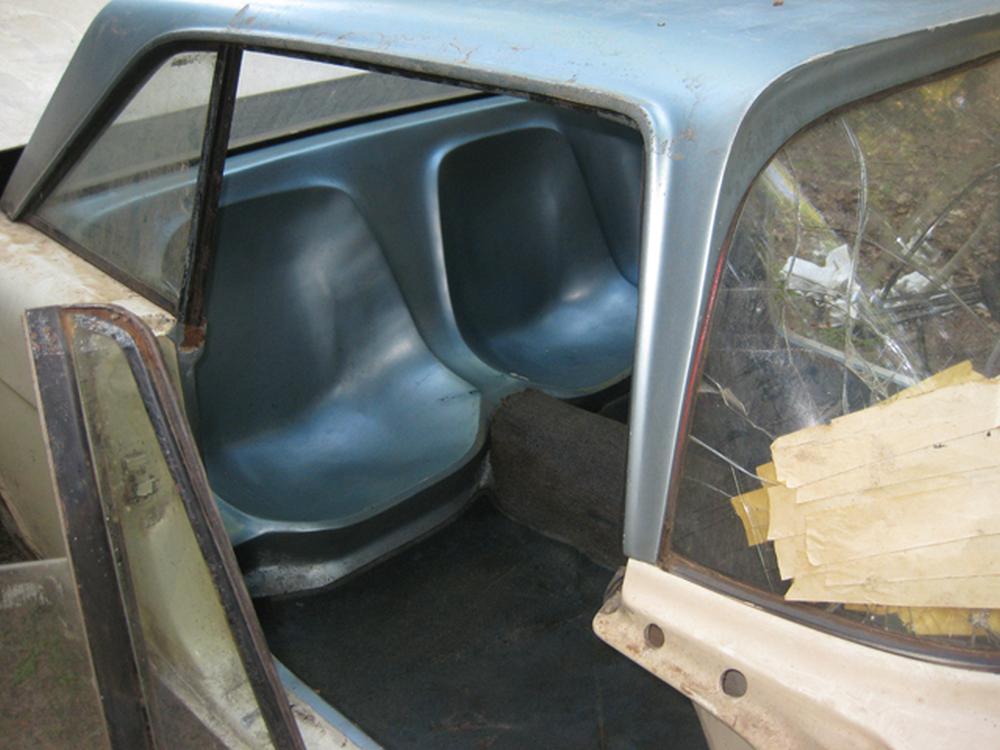 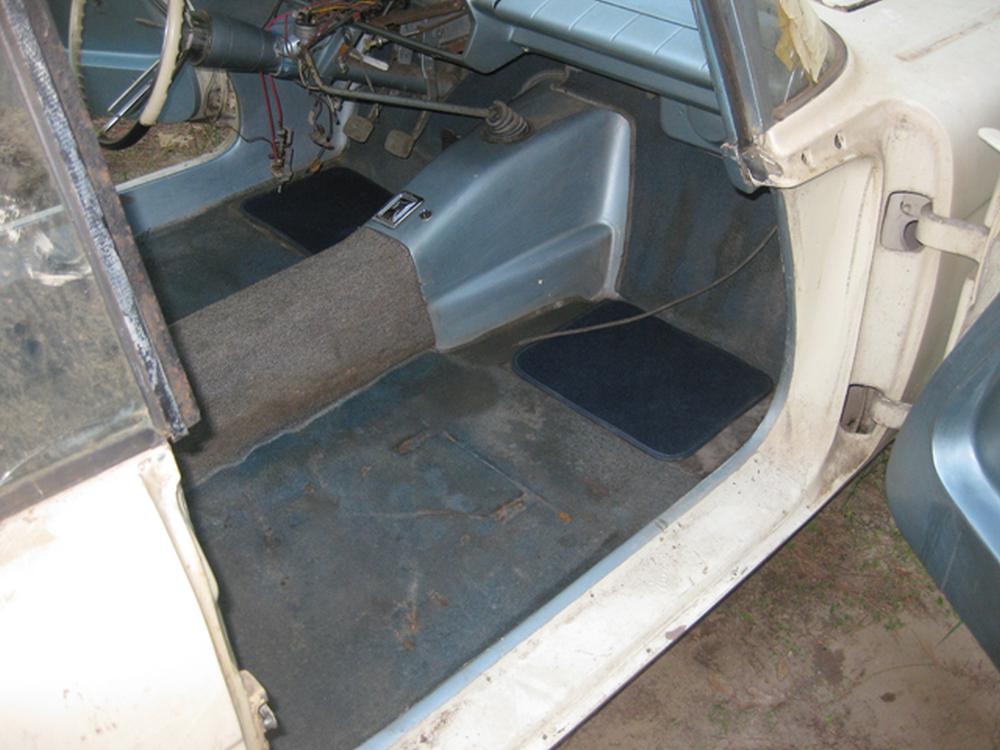 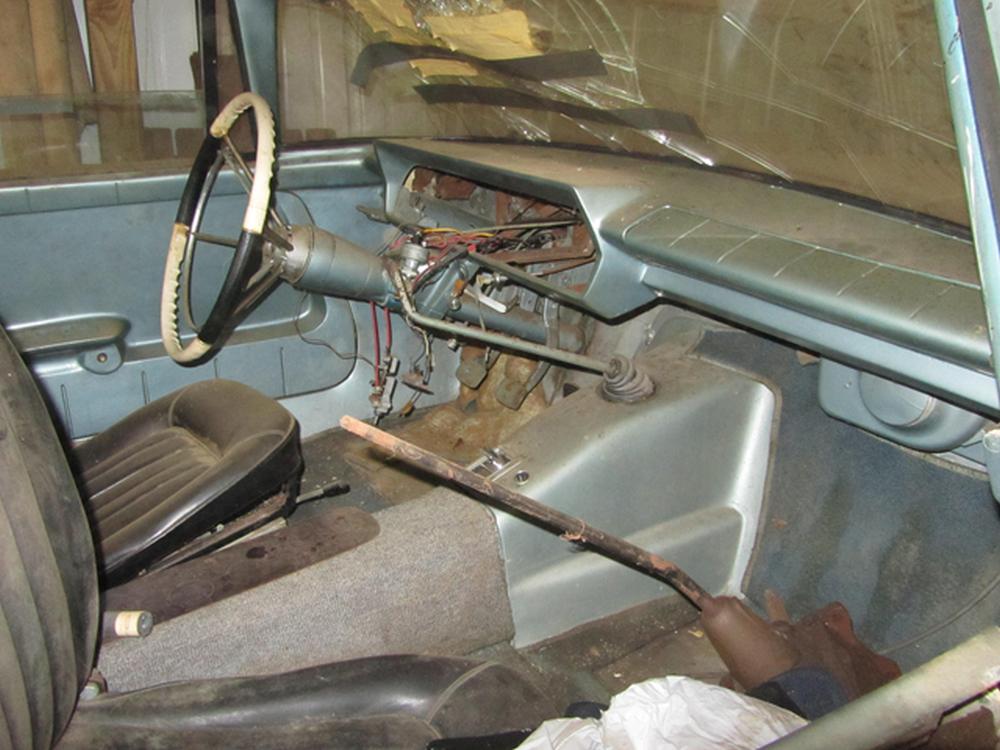 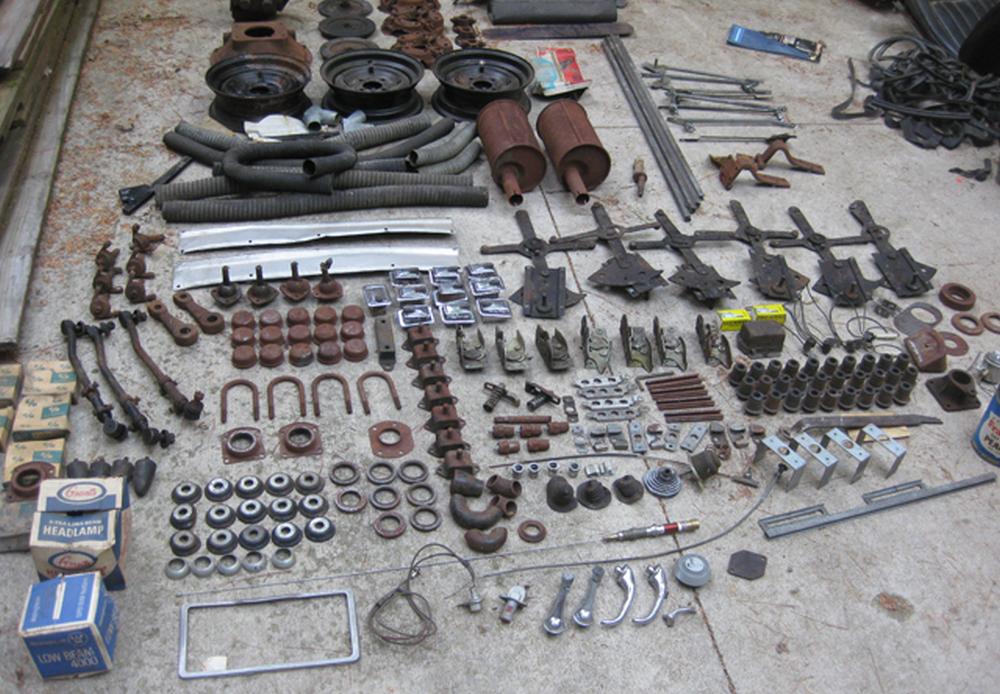 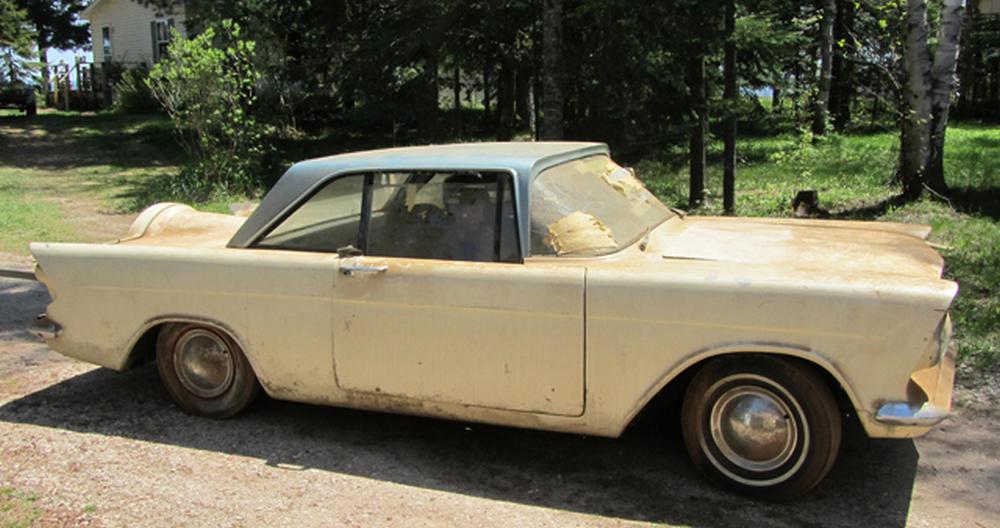 When Kranz laid eyes on the subject of the Car Life story more than 50 years after the story was printed in 2014, he knew nothing about the article, let alone the dusty white fiberglass car’s ties to Seagrave or how it came to be parked in a barn in the Upper Peninsula of Michigan. “I did not know what I was looking at. The owner explained to me that it was a prototype,” Kranz said.

Once Kranz showed interest in the car, the woman who was setting up the garage sale called to her father, who grudgingly shared some of the car’s history.

The seller said there were heaps of parts lying around the car, and people had been removing the parts by the arm load when he bought the car in 1970. The seller himself took some of the remaining parts to maintain the car he bought: exhaust systems, transmissions, clutches, ashtrays and the like. These parts had been sourced by Seagrave from other companies, since its foray into car production was building an “assembled car” as was done by thousands of manufacturers in the early days of the automobile.

Even though the car was only a prototype, the seller was able to drive the Seagrave home.

“He drove it there to his house and drove it up and down the road,” Kranz said. “He never licensed it. There is no VIN or title on the car, because it was a prototype.”

Soon after buying the car, the seller and his wife moved to Paradise and shortly thereafter, his wife died. The widower apparently lost interest in the car, and by the time Kranz knocked on his door, he was finally ready to part with it.

Although covered with about 45 years of dust, the Seagrave prototype remained complete and in good condition, although it would need to be restored in order to be a show car. Unprepared to buy a car that day, Kranz worked out a deal with the seller and returned with a trailer to pick up the car two weeks later, when his check had cleared the bank.

It’s been several months since Kranz bought the Seagrave, and he’s still not 100 percent sure what he plans to do with it.

“I would like to get it running in its current state, just the way it is,” he said. “But it was kind of an unplanned purchase, so right now, it’s not really at the top of my priority list.

“I have always appreciated show cars, but I have been a person who appreciates originality, and from the perspective of what the car is, it is not going to win any awards now, even cleaned up. But because of what it is, if you could drive it into a show, it would garner a little bit of attention in its current state.

“It’s the best garage sale find I think I’ve ever had.”

Great thanks to Angelo Van Bogart for allowing us to share the article from Old Cars Weekly.  And….see the link below to review this article on the Old Cars Weekly website:

There’s a second part of this story by Bob Cunningham that we will share soon as well as photos from Bob and our friend Alden Jewell.  And did I tell you that Rick D’Louhy and I paid a visit to Bernie and his son Noah in December, 2014 to check this car out personally?  More….in a future post here so stay tuned gang 🙂

* Click on the following link to view all stories on:  Seagrave Cars 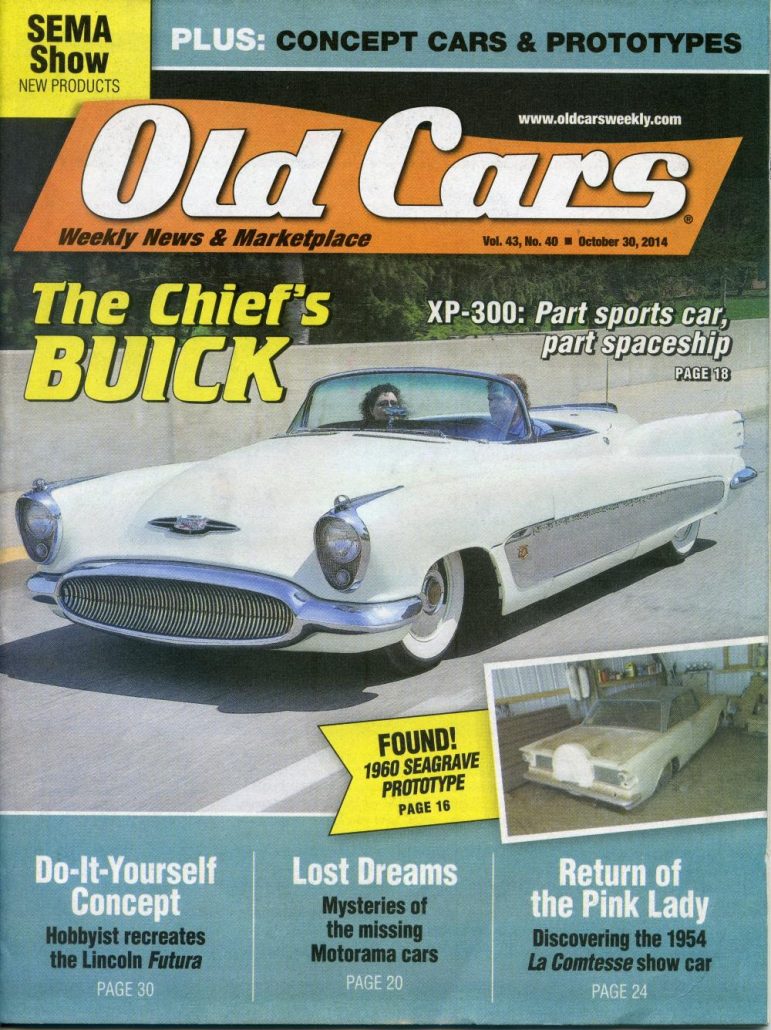 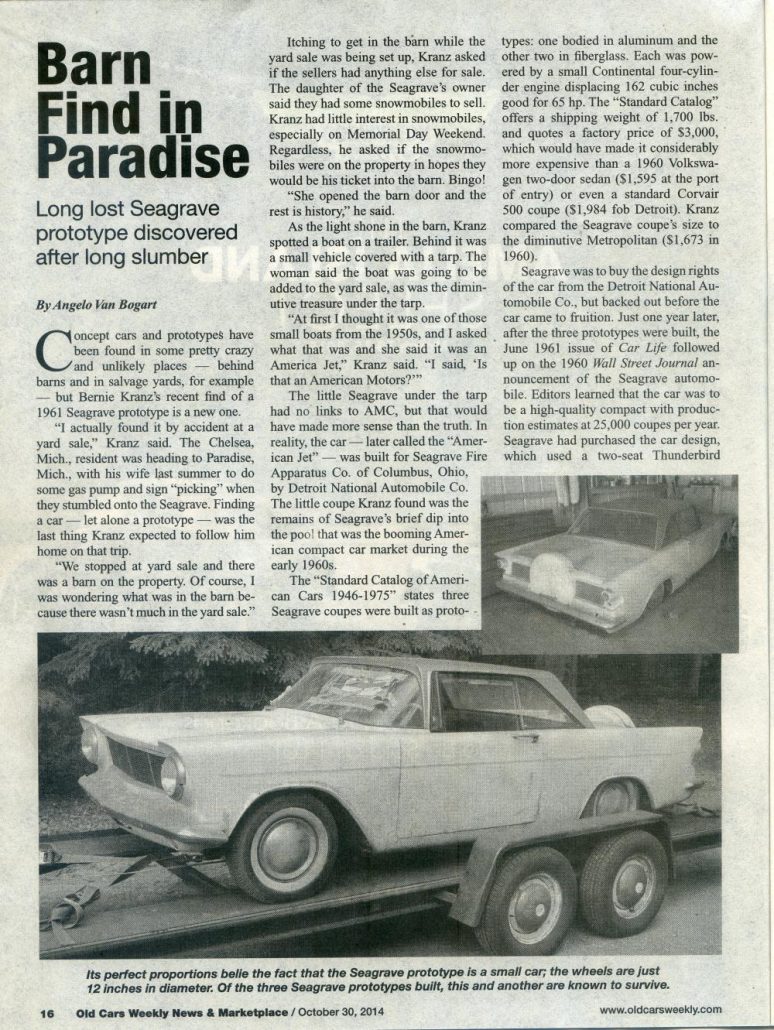 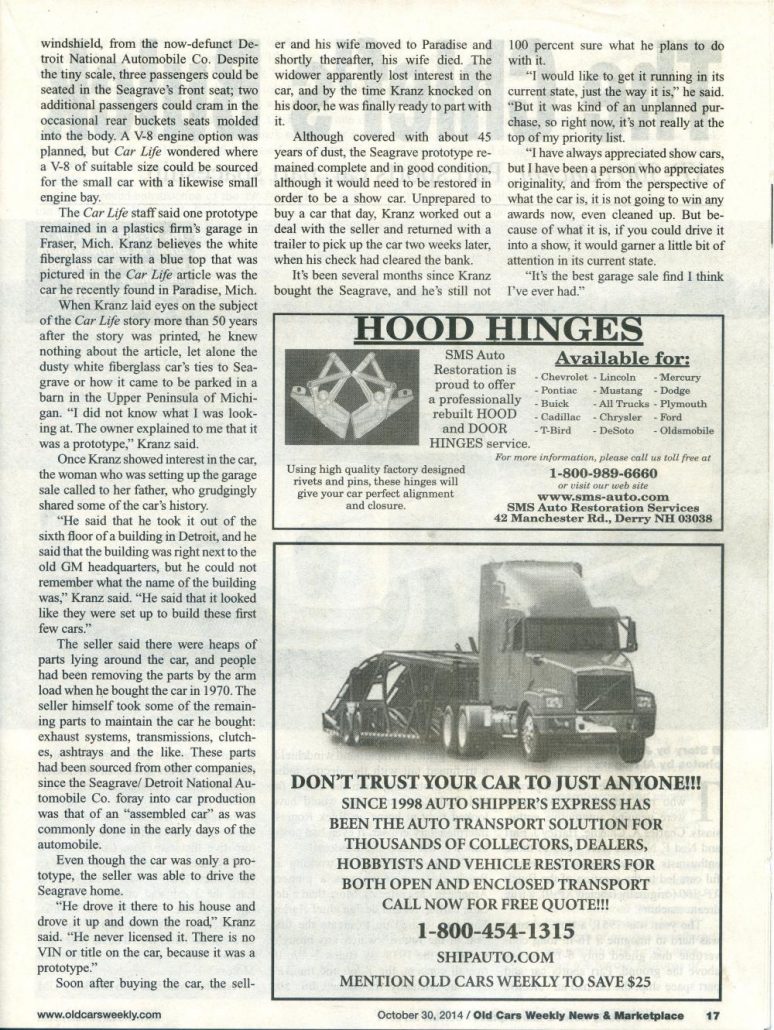