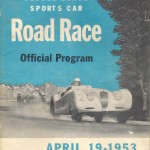 Here's The Pebble Beach Road Race Program From 1953. Several Pictures of The Glasspar Mameco Ardun Racecar Would Appear, Later, In The 1954 PB Program.

In earlier stories here at Forgotten Fiberglass, I’ve had the honor of introducing you to Frank Hecox.  In today’s story – Frank is back 🙂

Frank started working for Glasspar in the early 1950’s and his first job was working in the automotive area producing Glasspar G2 sports car bodies and other car-related activities – including participating at some of the races.

I was introduced to Frank by Dennis Gerdes – son of Warren Gerdes who was Production Manager for Glasspar and supervised the building of all G2 bodies.  Warren also initially drove the racecar for Glasspar, and nearly came in first at their first outing in Pebble Beach in 1953.

These are two special guys.

Recently, I received a photo from Frank that was taken at the Pebble Beach Race in 1953.  Here’s what Frank wrote on the back of the photo:

The car raced on Saturday for awhile.  The carb caught fire so (it) did not finish.  The mechanics removed the hood so they could work on the engine and Don Frost and Frank Hecox could clean the burnt hood.  We worked on it most of the night to get it ready to race on Sunday – when this picture was taken.

(The sign at the front bumper of the car): Armstrong Tires: Fred’s Tire Shop was on North Main in Orange, California. 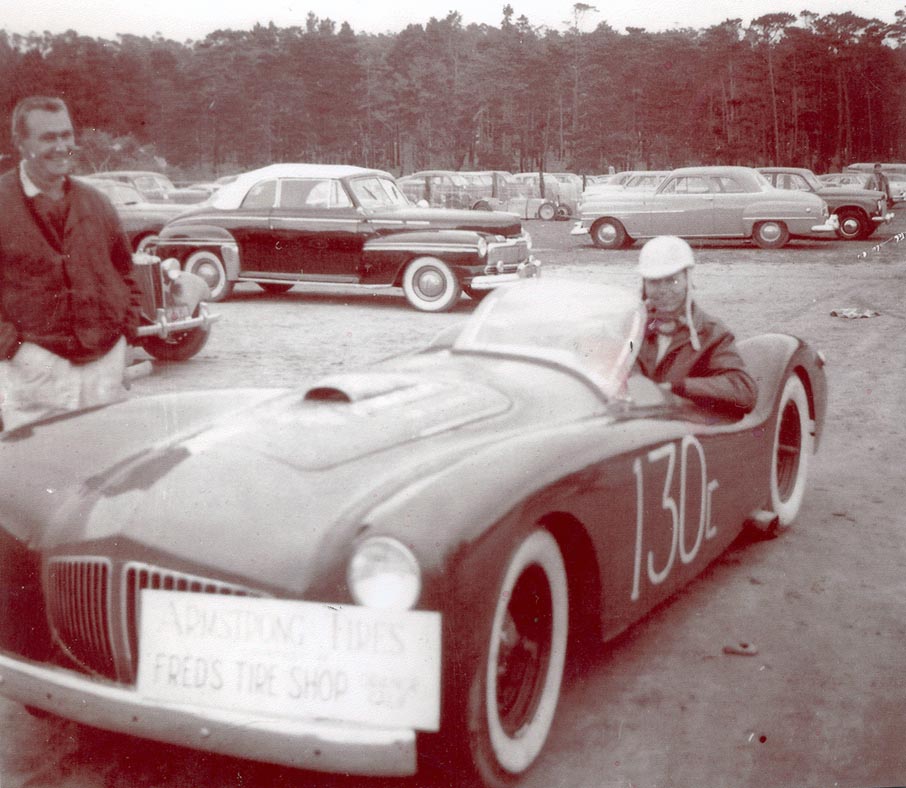 Frank Hecox's Picture - Taken on the Saturday of the Pebble Beach Road Race in 1953.

Frank has been extremely helpful in documenting the details of how Glasspar G2’s were built and the race history of this special car as well.  Click here to review more information about Frank and to hear an interview with him about his memories of his car.

Additional Pictures of The Pebble Beach Race in 1953:

Thanks to the efforts of others in our group, in this case the Tritt family and Mike Wittman, we have additional pictures of that race taken back in 1953.  Below are two pictures.  The first was taken by Mike Wittman at the start of the Pebble Beach race.  The second picture was taken on the last lap of the race on Saturday – just as Warren Gerdes got out of his racecar, but before the fire crew arrived to put out the fire.  This picture is from the collection of the Tritt family. 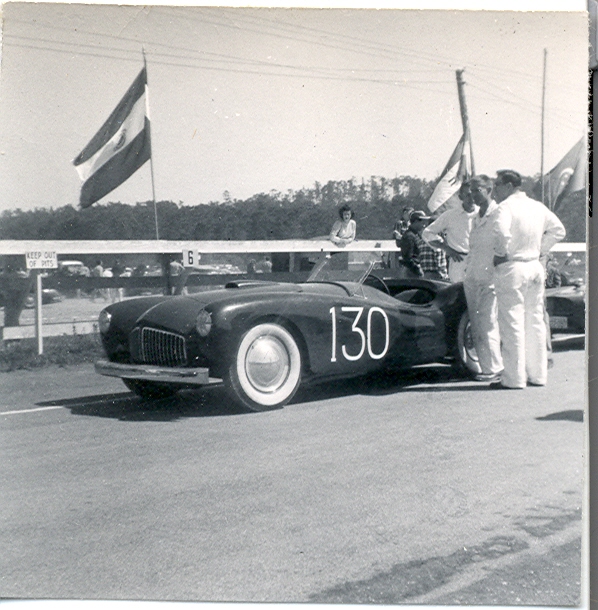 Here's Mike Wittman's Picture Taken at PB in 1953. Mike Noted On The Back of the Picture That The Glasspar G2 Ardun Mercury Had The Best Acceleration of the Day. 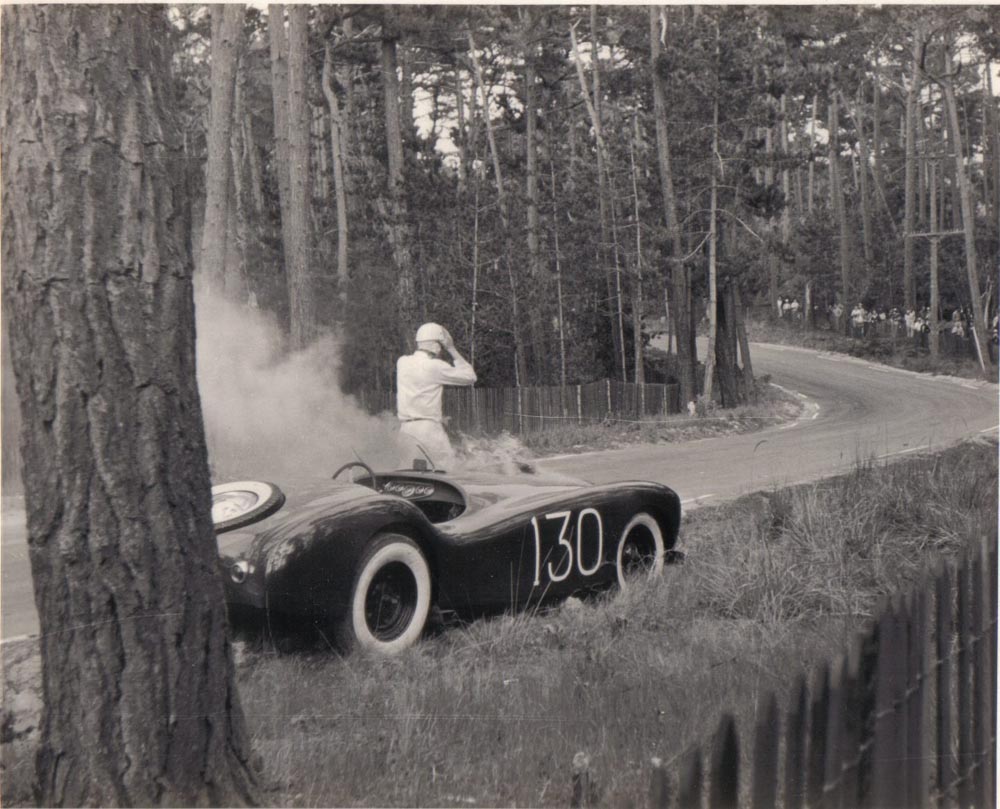 This Photo's From The Tritt Family Collection And Shows Warren Gerdes Exiting From The Car - Just After The Fire Erupted Under The Hood.

Thanks to Frank Hecox, Dennis Gerdes, and the Tritt family for sharing their pictures and memories of the famed Glasspar G2 racecar.  The car is currently undergoing restoration and we hope to see it – and debut it – here at Forgotten Fiberglass. 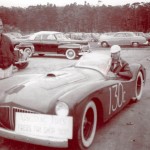 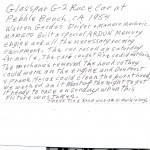 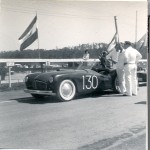 Here’s Mike Wittman’s Picture Taken at PB in 1953. Mike Noted On The Back of the Picture That The Glasspar G2 Ardun Mercury Had The Best Acceleration of the Day. 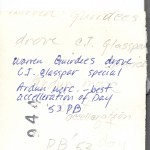 Here’s The Pebble Beach Road Race Program From 1953. Several ictures of The Glasspar Mameco Ardun Racecar Would Appear, Later, In The 1954 PB Program. 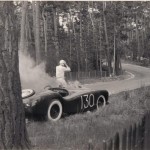 This Photo’s From The Tritt Family Collection And Shows Warren Gerdes Exiting From The Car – Just After The Fire Erupted Under The Hood. 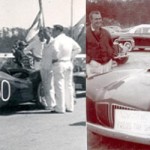