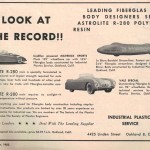 Here the Maverick Sportster Is Shown In An Ad For "Industrial Plastics Service" in the November 1953 Issue of Hop Up Magazine. To Date, This Is The Only Ad Showing A Maverick We've Found. 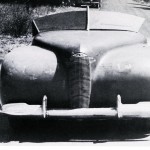 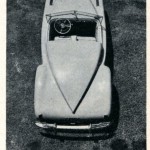 I've Always Liked The Overhead Views Taken Of The Maverick. This Was One Of The Last - If Not The Last - Boattail Speedster Made In America. 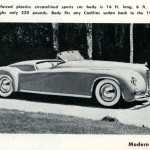 Here The Caption Reads, "Reinforced plastics streamlined sports car body is 16 feet long, 6 feet wide, and weights only 220 pounds. Body fits any Cadillac sedan back to the 1936 model." That Was Just 17 Years Early (for the chassis, that is). 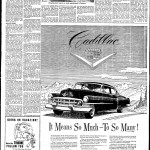 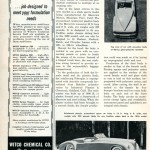 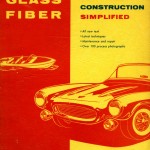 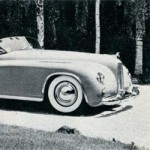