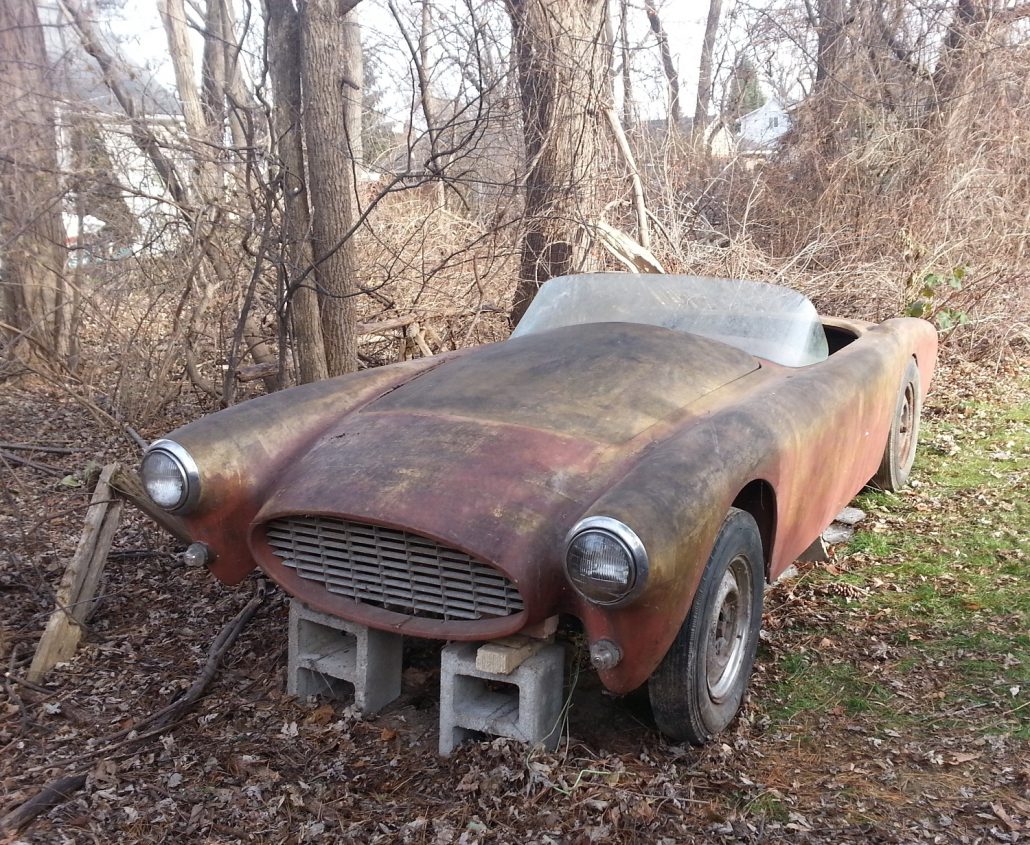 The Car For Sale is an Unrestored 1954 Luckenbach Special

Like most young men at the time, Carl was fascinated with European sports car styling with a flair toward Italian.  After graduating high school from the famed Cranbrook Academy in Bloomfield Hills, Michigan, he began college at the University of Michigan.  It was during this time, while working on his degree in Architecture and Design, that he designed and built his own Italian inspired sports car – the Luckenbach Special.

Carl sketched out the basic form of the car and then transferred that to a plaster buck that he built by hand.  After approximately 6 months of work, the fiberglass body was complete and work began to create a suitable chassis.  Carl started with a 1940s Ford that had a single spring at the front and the rear.  Later he converted the rear suspension to longitudinal springs to improve the ride and handling.

This car is one of the rare 1950s specials that was built with a Lincoln motor.  Less than five of these cars are known to exist.  He bought the engine from a friend of his father’s who owned a Lincoln dealership near his home in Bloomfield Hills.  This brand new engine – a crate motor with zero miles – was a display engine in the Lincoln showroom and is still with the car today.

While Carl completed the car to the point of getting it running and driving, his interest in college and soon to be professional pursuits took over and the car remained unfinished (interesting he went on to receive his master’s degree in architecture from Harvard University’s Graduate School of Design in 1959).

The car was bought by a family near the Luckenbach’s Bloomfield Hills home and stayed with these second owners, untouched, through 2016 when acquired by Undiscovered Classics.

Wheelbase:  102 inches – the size of a Corvette in length and width

Drivetrain:  1956 Lincoln, engine has not been touched since built – still has gold oil in block.

Additional  Parts:  The car comes with a second chassis that may be used to repair the original chassis or as a complete replacement depending on plans for restoration.  The second chassis is from a 1950 Ford which has longitudinal springs at the rear and an upgrade for the front – independent front suspension.  This was an upgrade which Carl personally approved during one of our visits with him.

Restoration:  Carl wanted to have doors in the finished car with inside door handles only.  The rear deck could be left alone, a trunk could be installed or a wheel well to carry a tire at back.  He had also planned to finish the car in Ferrari red.  The best glass to use in terms of style for these cars is the 1953-1955 Corvette windshield – the glass is readily available and inexpensive.  Different approaches can be used for creating a windshield frame.  Wheel treatment may be best served with Dayton wire wheel given the Ferrari look and feel of the car.  Chrome is minimal – and sometimes non-existent – on American Specials of the 50s which helps control restoration costs and contributes to the genre of all of these types of cars.  All choices, of course, are up to the new owner.

Concours  Embraced:  American handcrafted specials have been welcomed across the country, and in recent years this has expanded to rallys, special exhibitions and more.  What drives interest in these cars is the unique design and history of the build – in every case a story that is a “one of one.”  Since 2007, major concours such as Amelia and Pebble Beach have held classes of these cars on several occasions, and both the Amelia Island Concours d’Elegance and the Pebble Beach Concours d’Elegance are featuring classes of these cars in 2023.

Special Class:  In the last few years there has been talk about a concours class of cars designed by architects.  This restored car would be perfect for this class and stand out in all the right ways.  Click here to read more about architects and their cars.

Price  Appears  Below  Photos  and  Videos  of  Car
Please  Scroll  Down 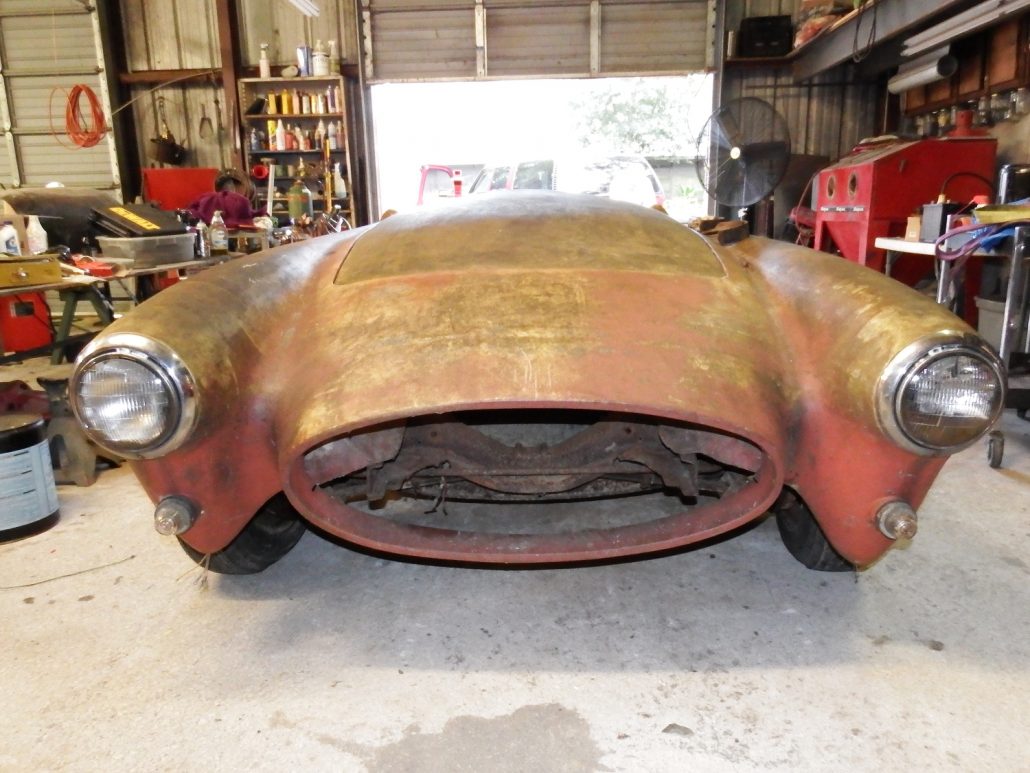 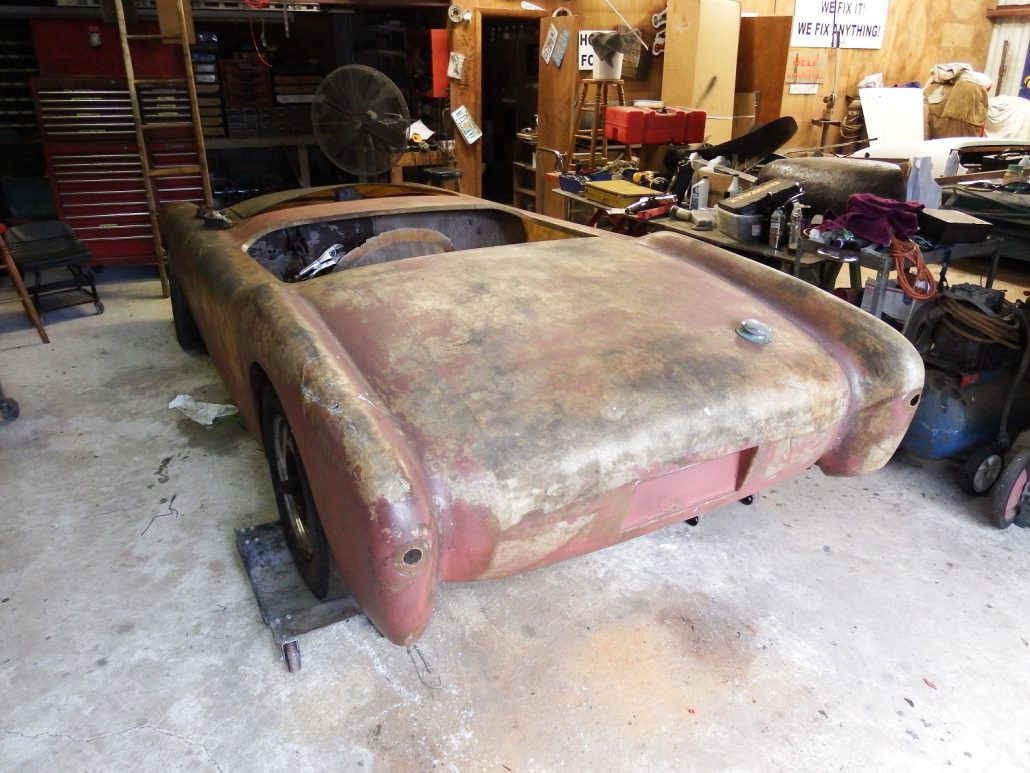 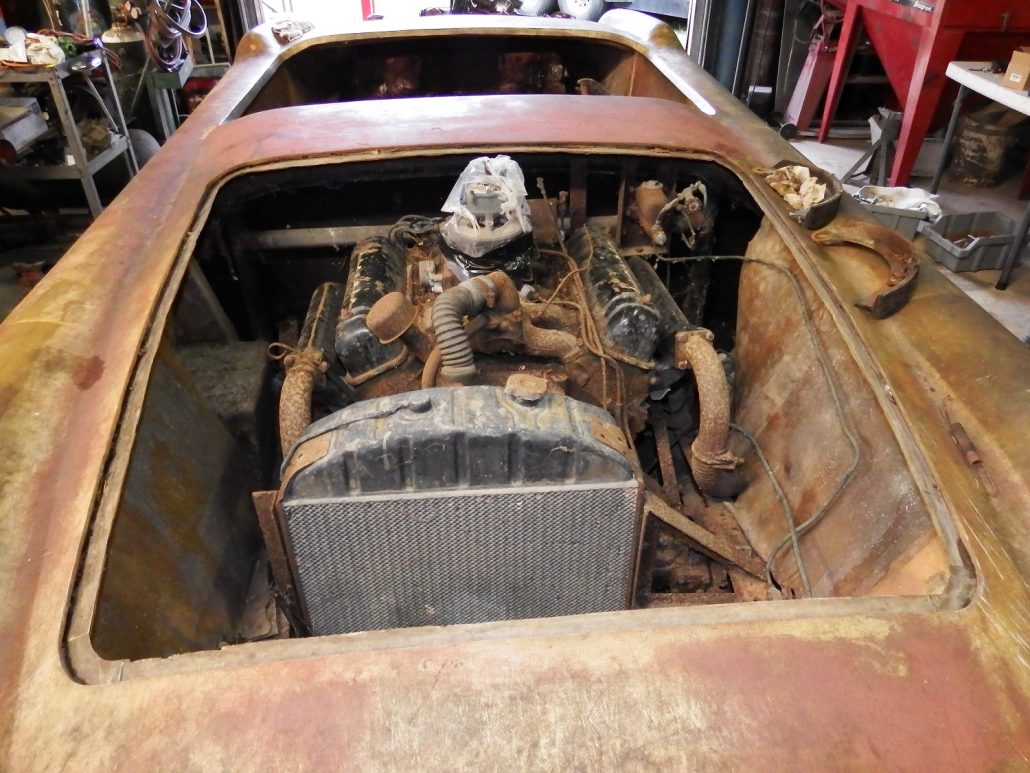 Videos  of  Carl  Luckenbach  With  His  Car

I had two opportunities to meet with Carl and discuss his car.  One soon after we located it in Michigan and made arrangements to purchase it in 2014.  The second time was 2019 after he and his wife had moved from their home in Michigan to their new home in Florida.  Each time we met at the car so he could talk about it and both videos are shown below.

Location:  The car is located in Tampa, Florida