Shows, Exhibitions, and Fame Across The Land 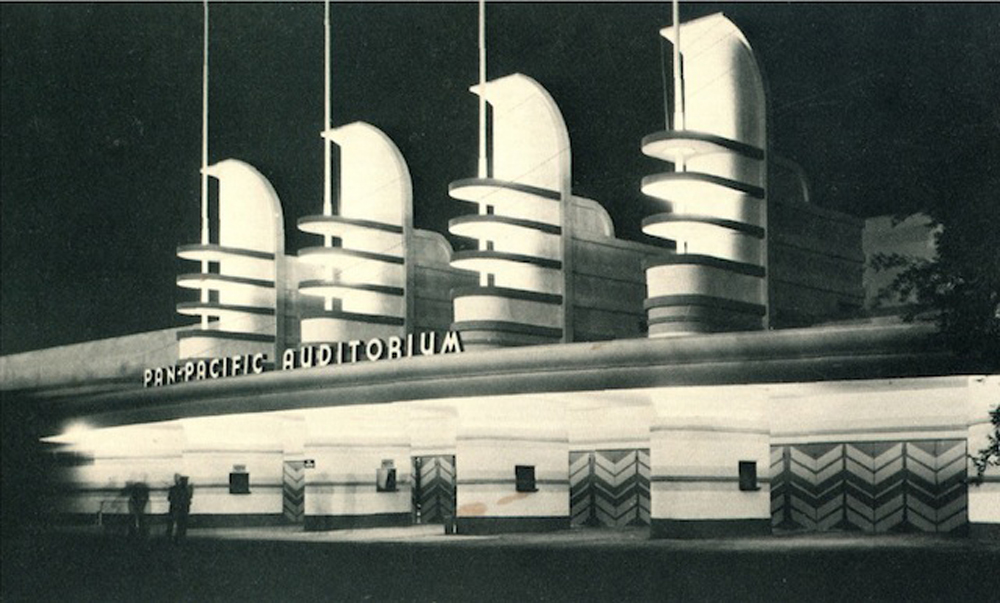 Throughout the late 1940s and 1950s, handcrafted sports cars were celebrated across the land at shows as large as GM’s Motorama.  They appeared in shows which included:

* The Hot Rod Exposition, Los  Angeles, California.  America’s first postwar custom and hot rod show – 1948 to 1949.  Sponsored by the SCTA and Russetta Timing Association.
* Hot Rod and Motor Sports Show, Los Angeles, California.  Held from 1950 to 1953, and sponsored by Russetta Timing Association.  Originally, the SCTA and Russetta organizations co-sponsored the 1948 to 1949 Hot Rod Exposition, but in 1950 this show was formed by the Russetta Timing Association when the SCTA because associated with the first Petersen Motorama in 1950.
* Indianapolis Custom Auto Show, Indianapolis, Indiana.  Held from 1950 to 1957.
* National Roadster Show – also known as the Oakland Roadster Show, originally held in Oakland, California.  Held from 1950 to the present.
* Petersen Motorama in Los Angeles, California sponsored by Trend Inc., which published Motor Trend, Hot Rod, and other magazines.  Held from 1950 to 1955.  In 1954 and 1955 the name was changed to the International Motor Review.
* The International Motor Show held in Washington D.C. for one year in 1951.
* The National Motor Racing Exposition held in Linden, New Jersey for one year in 1951.
* The Autorama in Hartford Connecticutt. Held from 1951 to beyond 1955.
* International Motor Sports Show held in New York City.  This was sponsored by Herb Shriner and lasted from 1952 to 1954.
* The Detroit Autorama held in Detroit, Michigan.  Held from 1953 to the 1960s and beyond.
* The World Motor Sports Show held in New York City. This was held from 1953 to 1954.
* The Michigan Motor Show, put on by Trend, Inc – their only “Motorama” show outside of Los Angeles, California.  This lasted one year only – 1953.
* Sports Cars in Review, held by “The Henry Ford Museum” in Dearborn, Michigan.  This started in 1953 and lasted into the 1960s.
* The Pacific International Motor Sports Show held in Oakland, California in 1954 for one year, and sponsored by the Slonakers who created the National Roadster Show in Oakland, California.
* The Custom Car Show at the Ford Rotunda in Dearborn, Michigan.  Sponsored by Ford Motor Company.  This was held in 1955 and 1956.

And there were many smaller regional shows that showcased handcrafted cars too, but the ones in the list above were those that were the largest and most successful.  Each of these venues showcased production cars, foreign cars, concept cars, and handcrafted cars.  The stars of all of these shows – time and time again – were the handcrafted cars – designed and built by talented individuals as well as small fabrication shops across America.  We now refer to these shows, collectively, as “America’s Motoramas” – click here to review programs from some of these shows featuring these cars. 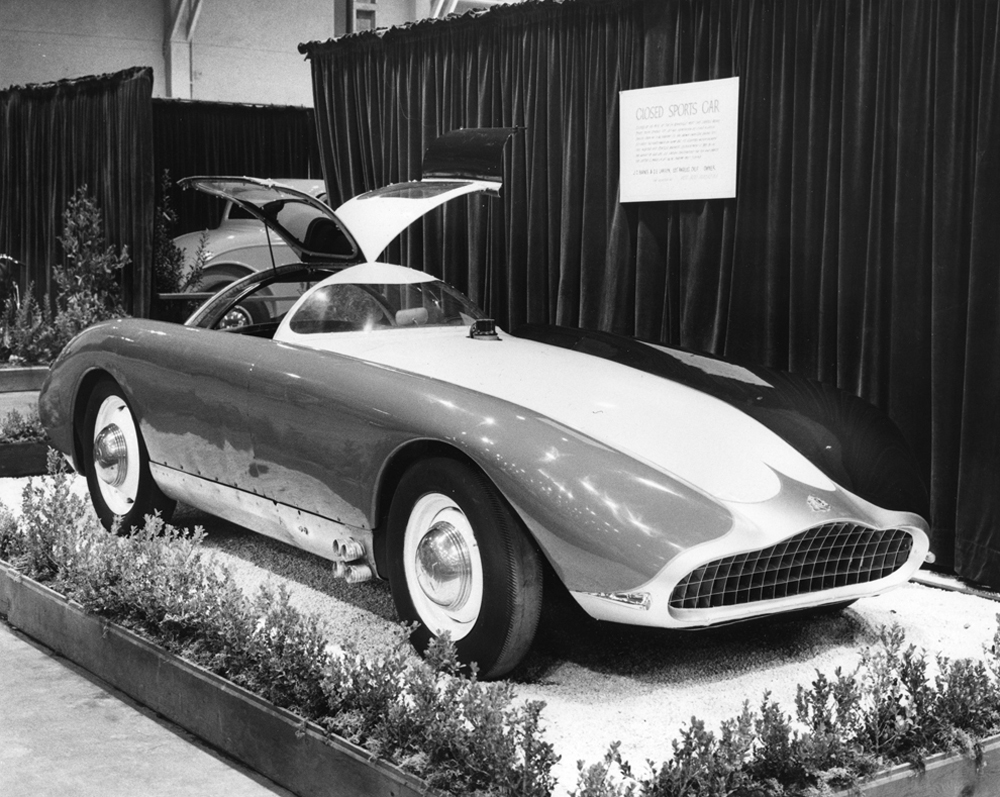 Cars built by individuals or small fabrication shops could not appear at GM’s Motorama.  But they were welcomed and celebrated at “America’s Motorama” shows often taking one of the top prizes for best automobiles – as Denny Larsen’s Sorrell SR100 did at the Petersen Motorama in 1955.  Taken together, the impact of these appearances from 1950 to 1955 at shows across the country rivaled, if not eclipsed, GM’s Motorama.

People came to these shows to see what Americans had designed – and most of the handcrafted show cars on display could be bought or built by the public.  One person’s dream could be another person’s reality.   These cars were famous – they were the “rock stars” of their day, and appeared on:

In fact, these cars appeared on over 100 magazine covers in this era – more than the Corvette did during this same timeframe (click here to review some of these cover cars).