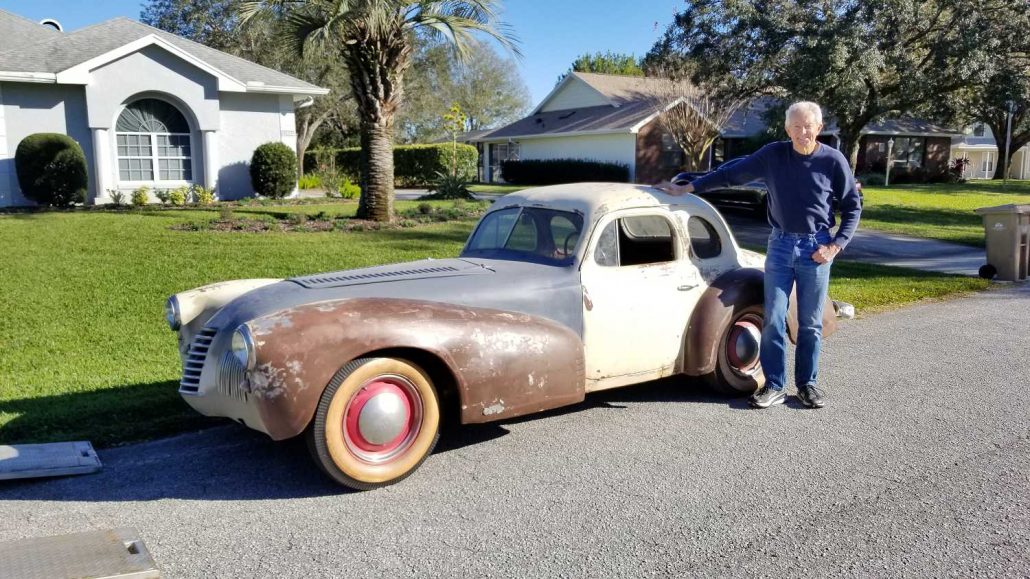 Sport Custom cars appeared as a postwar car movement where the design and build of the car was the result of a talented and skilled individual(s) or small company. These cars were often larger than a American sports car of this era which typically used a 100 inch wheelbase (about the size of a Corvette).

This type or car is sometimes referred to as an American Boulevard Cruiser, and they are all of original or near original design. This movement lasted approximately from 1946 to 1959, with earlier cars being built from steel or aluminum and later ones typically in fiberglass. John Bond, owner and editor of Road & Track magazine in the 1950s thought approximately 1000 of these cars were built across America during these years.

The 1949 Panache is a unique example of one of the more intriguing designs of this era. Only one Panache was built (typical of Sport Custom cars). The Panache was most likely built early in this movement and is based on a 1939 Nash Ambassador – chassis, drivetrain and front clip. The cab of the car is a 1938 Plymouth and has been highly modified. The builder spent a great deal of time chopping, channeling, zeeing and extending the lines of the car.

The design of the Panache is unusual in that it is European in character versus the more common hot rod or sports car. 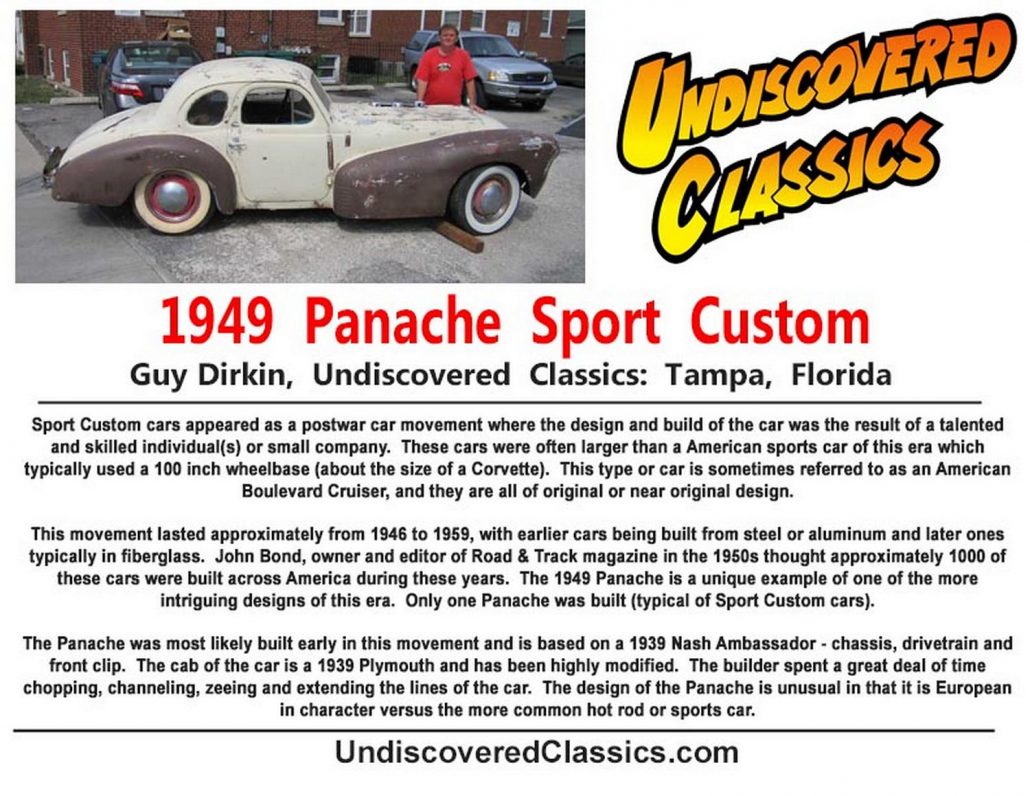