Frank was the first person Jim Byers hired and he started working on fiberglass car and boat repairs as well as car bodies at Byers first shop on Sheldon.  One of the first projects he worked on was building the plug for the CR-90 sports car body.  When he started, the plug was already 75% made, and Jim Byers brought Frank on to finish the plug.  The work on the CR-90 plug started in 1956 at his location on Shelton street.  Frank also remembered John Bond of Road & Track visiting Byers shop several times in the 1950s.

Byers second shop was around the corner from his first shop on el Segundo Boulevard.  He owned both shops concurrently and lived in the first shop as work expanded to the second shop.

Frank stopped working for Byers in June, 1960 when he went into the service.  He returned from the service in June, 1963 and went back to work for Byers in the same year.  In 1963 / 1964 Byers would sell both properties and move to his next shop in Inglewood, California where he would focus mainly on building fiberglass boats.  Frank continued working for Jim Byers until 1976.

Frank’s photography below captured some of the race cars and many of the sports cars, boats and more that were being worked on in Jim Byers shop at 607 E. El Segundo Boulevard, El Segundo, California.  Hope you enjoy. 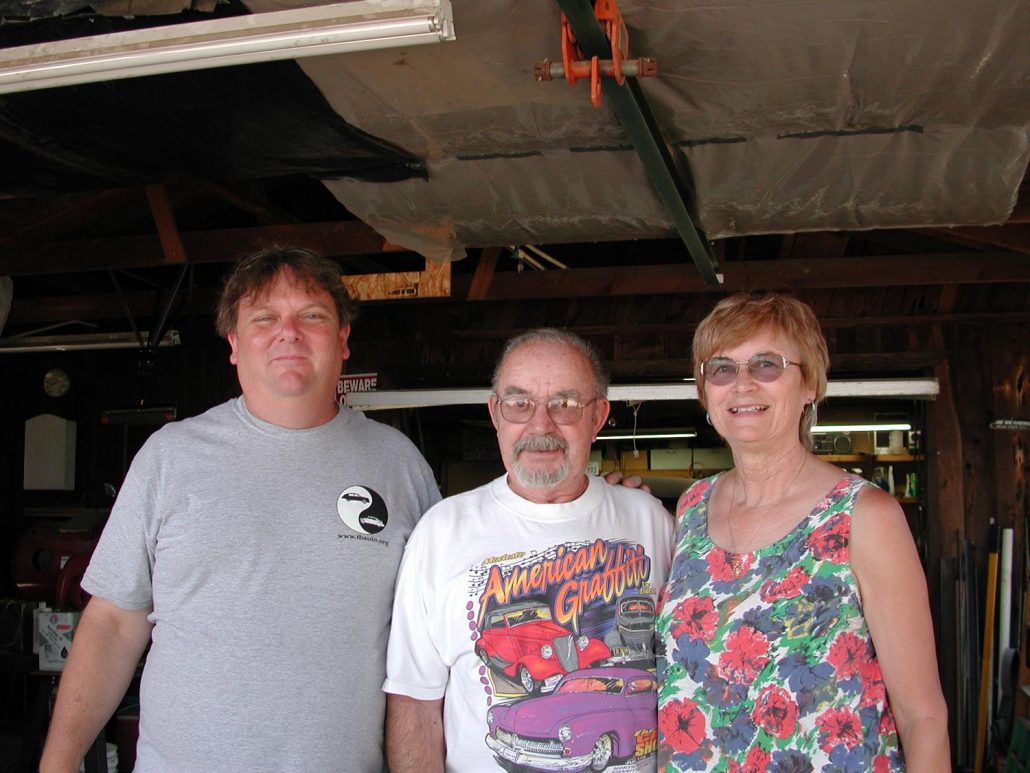 From Left to Right: Geoff Hacker, Frank Tifft and Marge Tifft during visit at the Tifft home in California on June 25, 2008 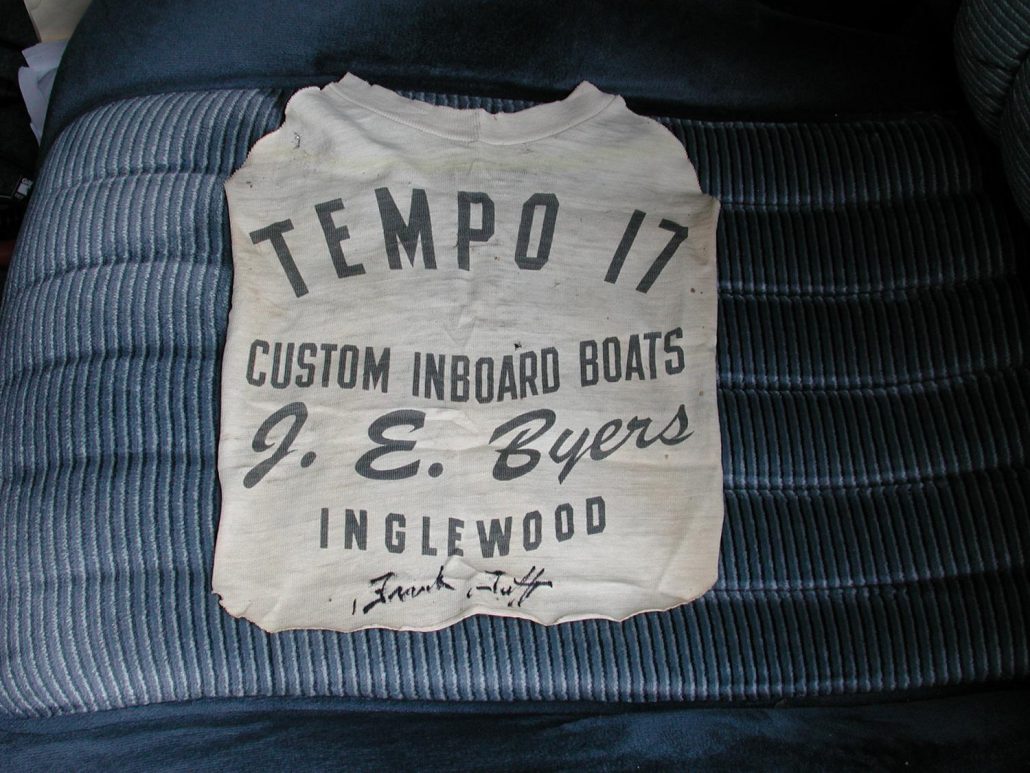 Frank Signed This Fragment of a T-Shirt For Me. It’s from the Byers Boat Days in Inglewood, California Which Was Byers Third Location