I love dinosaurs.  I mean, who couldn’t?  I seek them out wherever I go, and usually find them in fiberglass or concrete – and occasionally a building.  Click here to see my recent “dinosaur find” just north of Tampa, Florida where I live.  But I digress….that’s not how this story began.  Allow me to start over.

Earlier this summer, a neat one-off fiberglass car appeared on eBay – and it was built on an American Bantam Chassis.  Very neat!  I had to learn more….surely there was a story behind this interesting vehicle…if only I wasn’t too late to capture the information.  So I circulated some photos of the car to friends asking what they knew.

Luckily…someone had beat me to the “research punch” – and a good friend at that too.  Bob Cunningham.  Here’s what I learned from Bob:

“Geoff…I saw a photo many years ago (1970’s) of a auto repair shop in California, and tucked away in the weeds behind the shop was this little car. A friend of ours near Los Angeles (Jolly Maclean) went over and took more photos. He had several conversations with the owner over the years.  A few years ago, Cathy and I wrote a story about the car for the American Austin Bantam Club News.  I can dig up the details if you’re interested.”

What fantastic news to hear from Bob!  Bob sent along the pictures of what he had first seen back so many years ago and there it was….in front of a great sign: “Wilson Auto Service: Dinosaur Repair.”  Wow!  A two-for-one deal for me gang….a dinosaur and a fiberglass car at one location.  It couldn’t possibly be better than that!  Click on the link below (black triangle) to listen to “Walk The Dinosaur” – music that’s appropriate to read the rest of this story by…

Was (Not Was) – Walk the Dinosaur 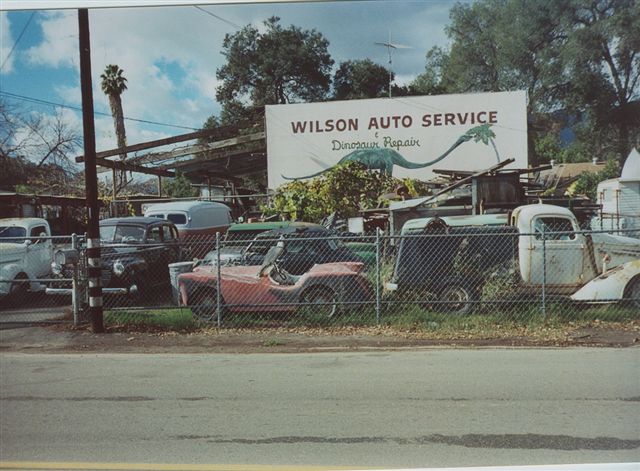 Bob also sent me the article he wrote about the car with his wife Cathy, and has given permission to reprint it here today on Forgotten Fiberglass.  Let’s learn a bit more about this cool little car. 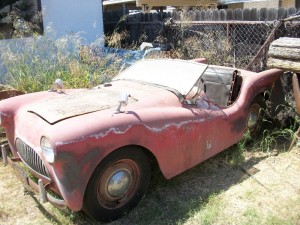 On January 15, 1940, the American Bantam Car Company, of Butler, Pennsylvania, assembled Bantam panel truck #65845. It was shipped across the country to sunny California.   A dozen years and a world war later, Al Jost of Oaji, California, removed the truck body and constructed a unique fiberglass sports car over the frame.

Jost had been inspired by the stunningly beautiful new 1954 Kurtis 500M and wanted to build something similar with the wonderful new “plastic” material.   The two-passenger roadster retained many Bantam elements, including bumpers, instruments and running gear. But the body was entirely modern.

Passengers stepped over the scalloped body sides to slide into the bench seat which folded forward to reveal just enough luggage space to carry a canvas top and spare tire.  The fuel tank was positioned under the cowl, as it was in the Bantam, but was moved to the passenger side.

The filler cap rested on top of the cowl and the engine resided under a hatch on the front deck in Crosley Hotshot style. In fact, a Hotshot may have donated the windshield frame that Jost fastened to the cowl sides.   Passengers were separated from the power plant by a plywood firewall, to which the original Bantam Car Company serial number plate was attached.

Eventually, Al Jost tired of his little roadster, so he traded it to George Wilson in exchange for some service work. Wilson was owner/operator of the Wilson Auto Service & Dinosaur Repair lot in Oaji. Jost considered replacing the Bantam engine with a more powerful four-cylinder unit, either from an MG or Morris Minor.

But the rare Bantam engine was retained. However, the Bantam radiator proved insufficient and often spit boiling water over the distributor. So it was replaced with a wider radiator with more capacity.  Wilson drove the car regularly until the odometer registered 46,015 miles. 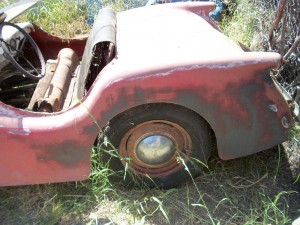 “You know how things are,” Wilson shrugged. “After a while you kind of lose interest. So I parked it.”  Al Jost’s daughter once thought about buying back her father’s creation. But she never followed through.

When last I checked on the remnants of the stylish, pink Kurtis-inspired Bantam, it was protected only by a blue plastic tarp. “Too bad I didn’t have an inside place to park it,” Wilson said.

So….phase one of research on this cute little car is complete, and we have Bob and Cathy Cunningham to thank for putting pen to paper and capturing the history.  Thanks Bob and Cathy!  Also, George Wilson’s son Bob is working with me to locate the family of Al Jost and see if we can get some great scans of photos taken of the car when it was being built and later when it was finished.

The best news is that the car didn’t sell on eBay, and that caused a change in plans for Bob and his father George.  They have decided to restore the car and put it on the road again – which is fantastic news!  So lots of things are happening with this car now, and no doubt that in the near future we’ll have more to share on….

And by the way….I never did learn what “Dinosaur Repair” meant.  Perhaps some questions are left best unanswered.

Update: 10/5/2011:  I heard from George’s son Bob today about the story above.  Here’s what he sent:  “Geoff….Great article.  Here’s an update for you and your readers:  My dad at 87 still works every day repairing old cars & trucks.  And the term “Dinosaur Repair” refers to the age of the veficles he specializes in fixing – he only works on pre 1950 models.   The Bantam restoration probably won’t be completed until next summer (2012). We need to make room inside the shop so I can work. I am also working on a couple of restorations with my own cars, a 1964 Jaguar Mark X sedan and a 1953 Jaguar XK120 roadster. Later, Bob” 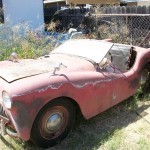 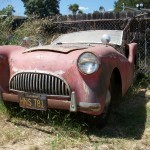 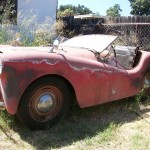 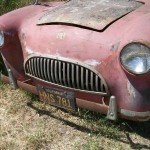 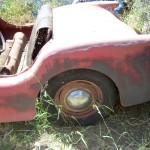 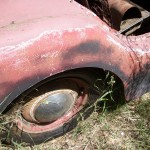 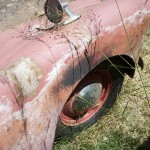 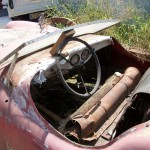 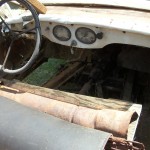 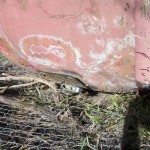 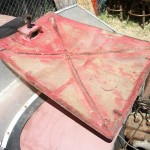 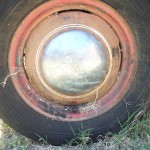 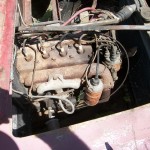 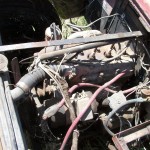 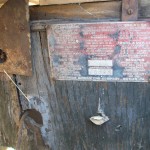 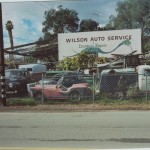 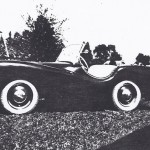 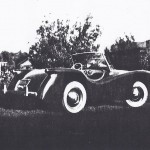