We’ve worked or met with George and/or his family Brett and Joji on several occasions, projects and/or exhibits as outlined below.  Latest information appears at the top of this page. 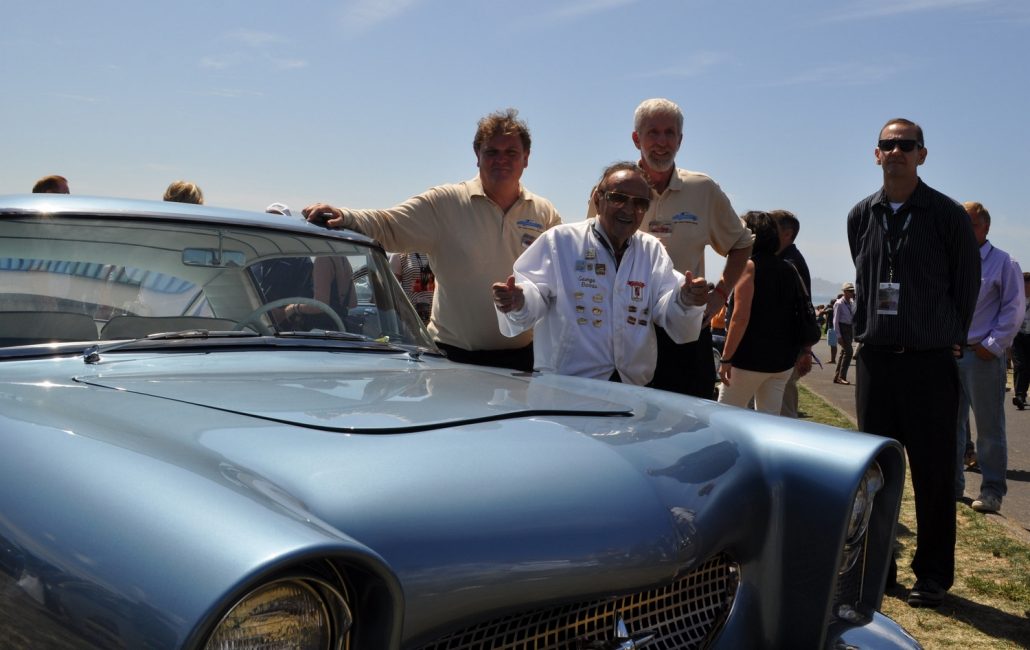 The interior of this Victress was originally done in 1953 by George Barris for the technical editor of Motor Trend – Fred Bodley.  We’ll share more about the history of this car in the near future after it is fully restored and ready to show.  This is just one of only two known sports cars ever exhibited in the office of Trend Publications on Santa Monica Blvd in Los Angeles, California as shown in the vintage photos below.  Also shown below are photos of the restored car and interior. 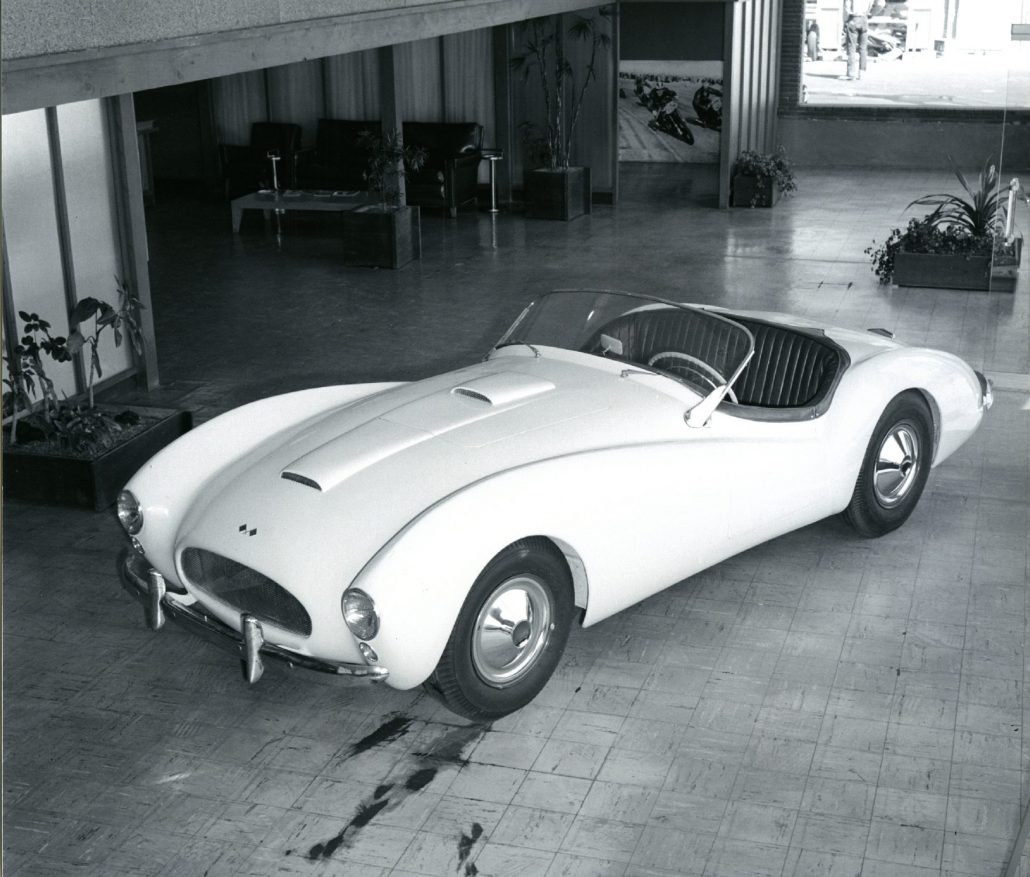 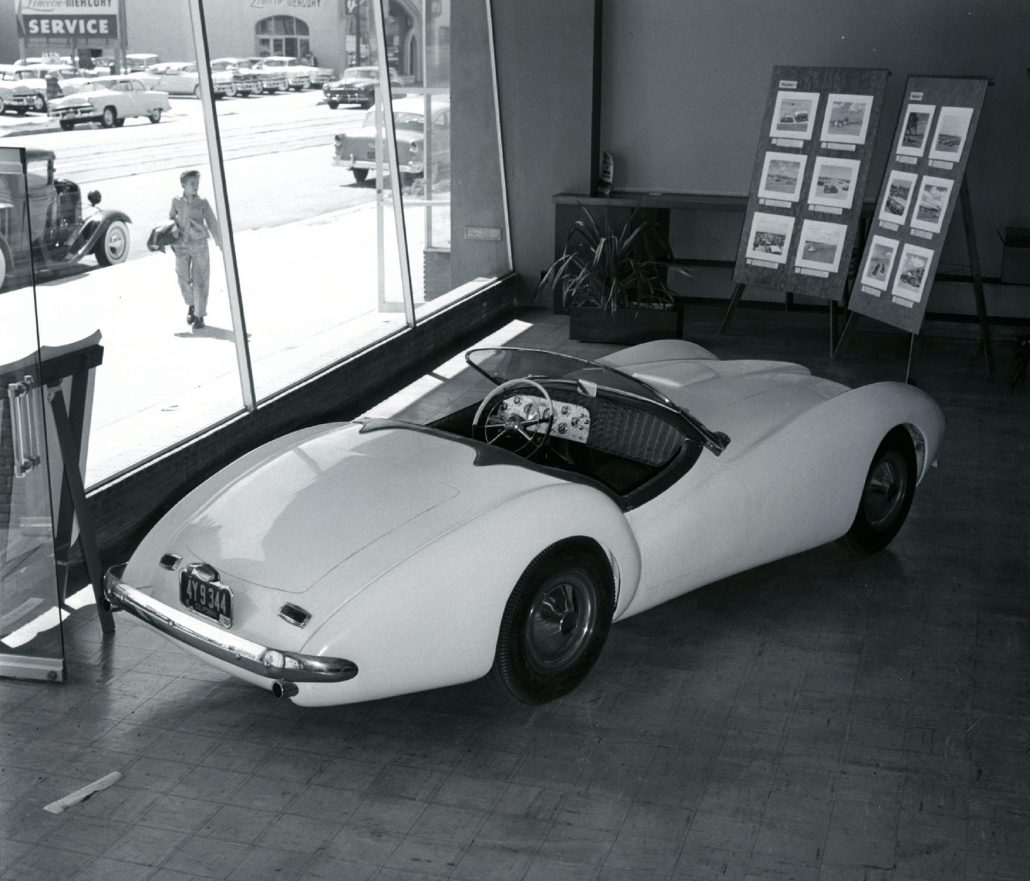 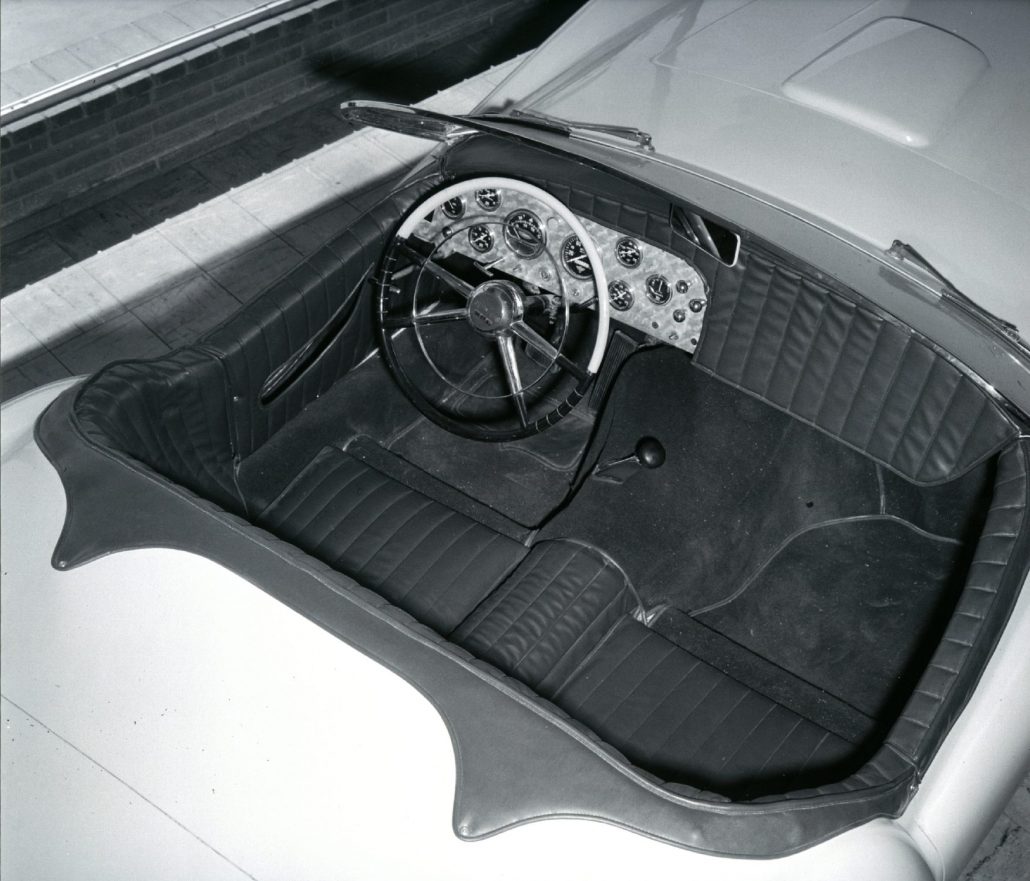 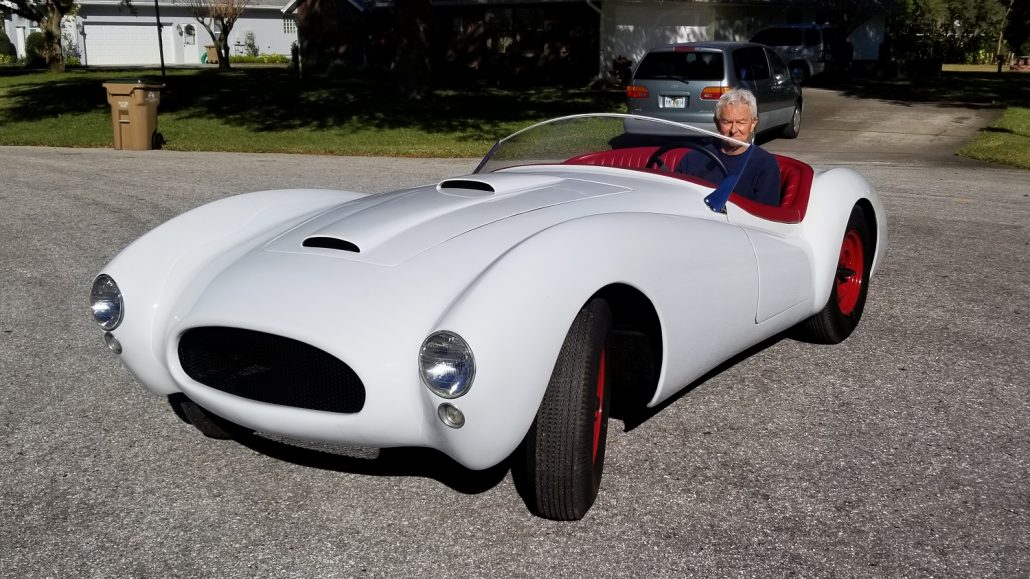 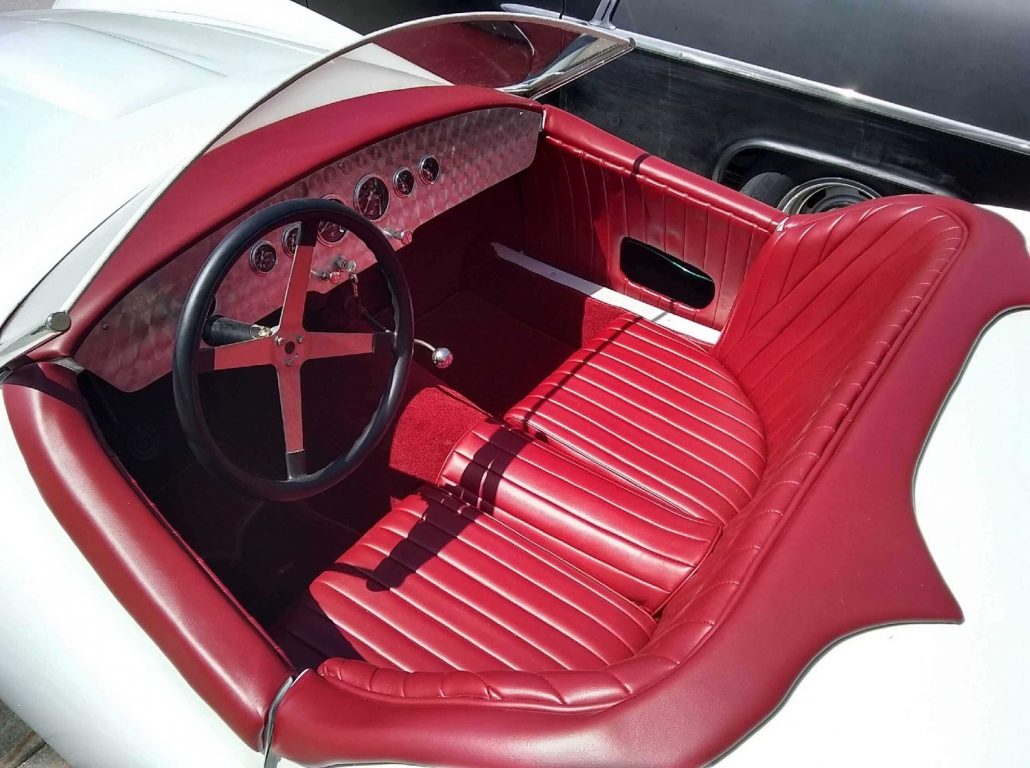 George and Sam Barris were friends with Leo Lyons who built his Custom Mercury with their guidance in the 1950s.  George joined us with our restored Leo Lyons Custom Mercury in August, 2015 at Pebble Beach.  Thanks George! 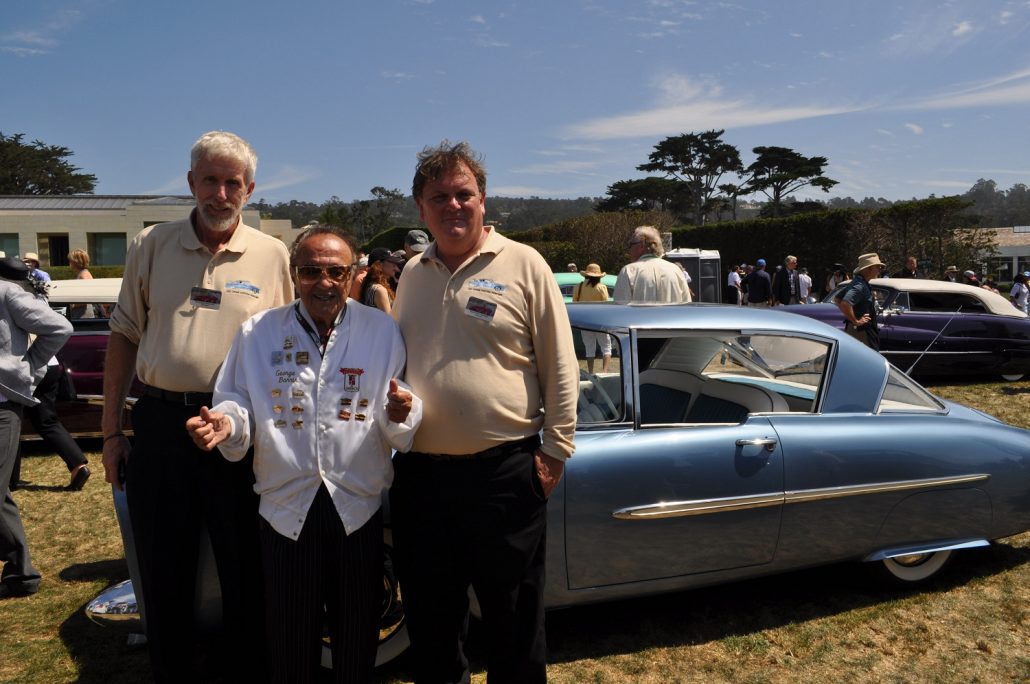 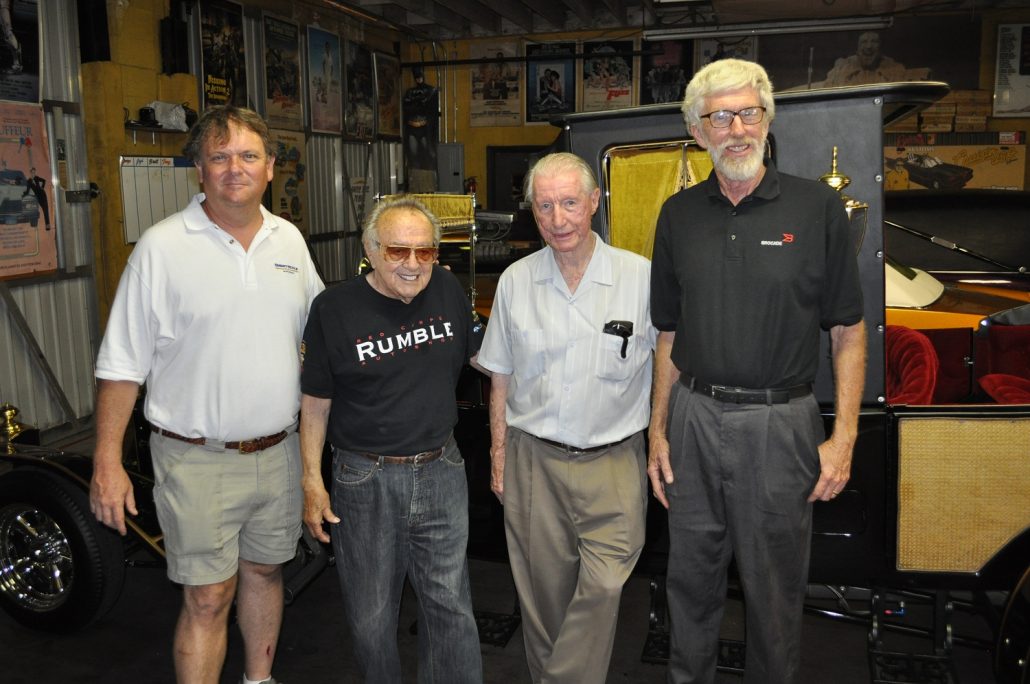 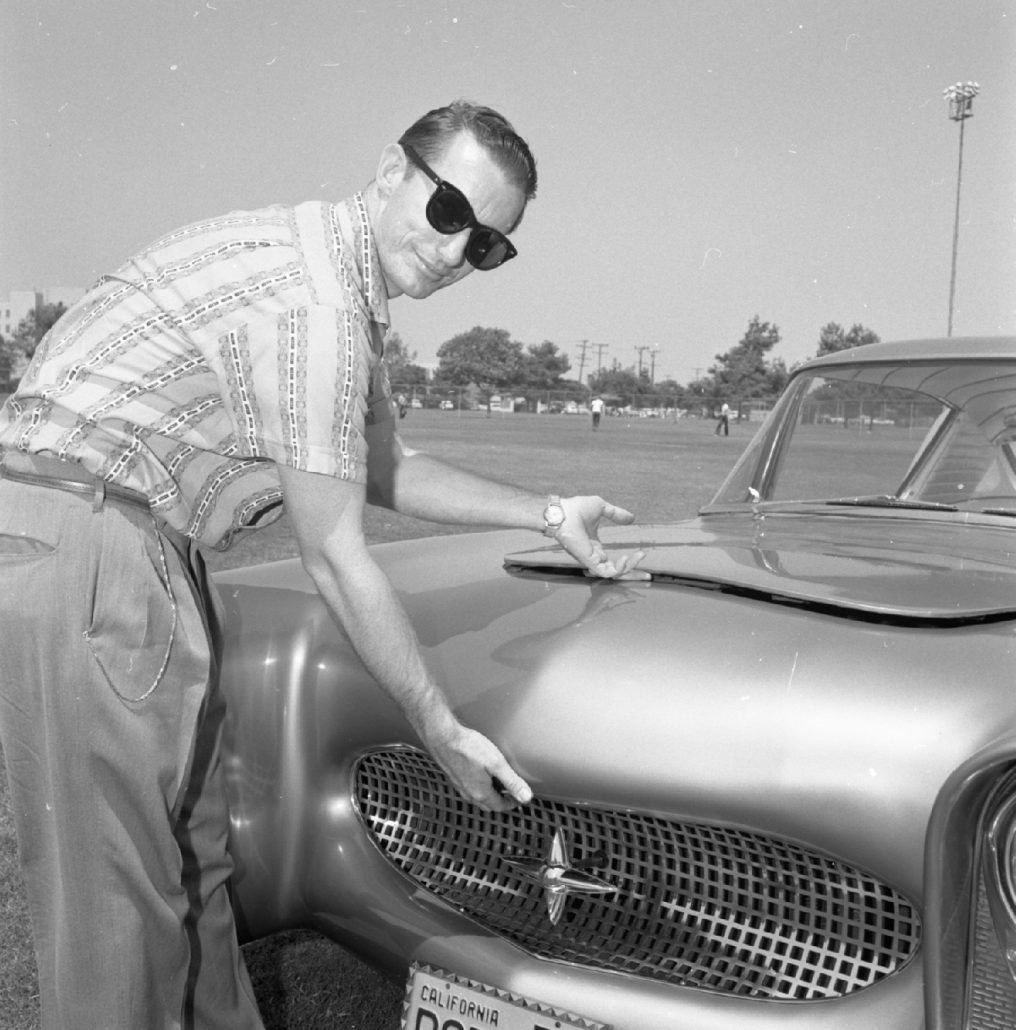 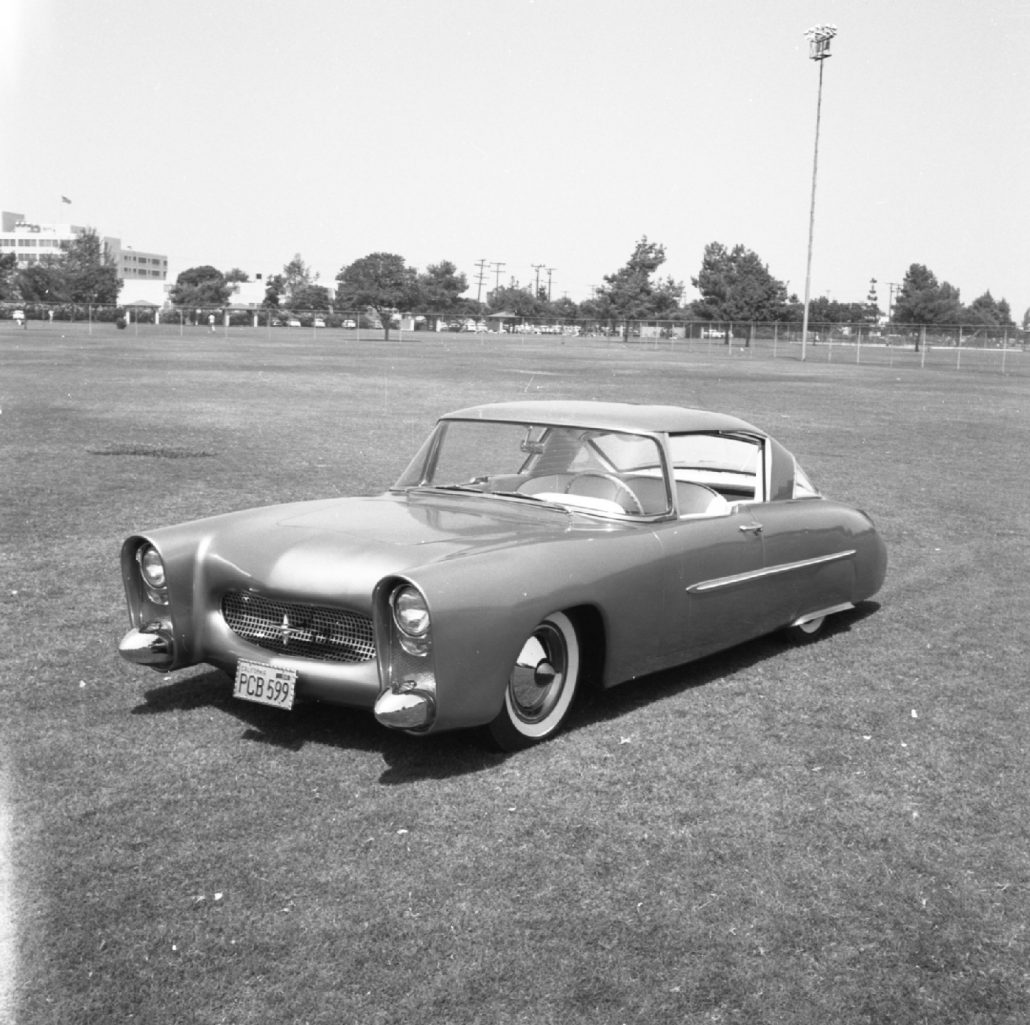 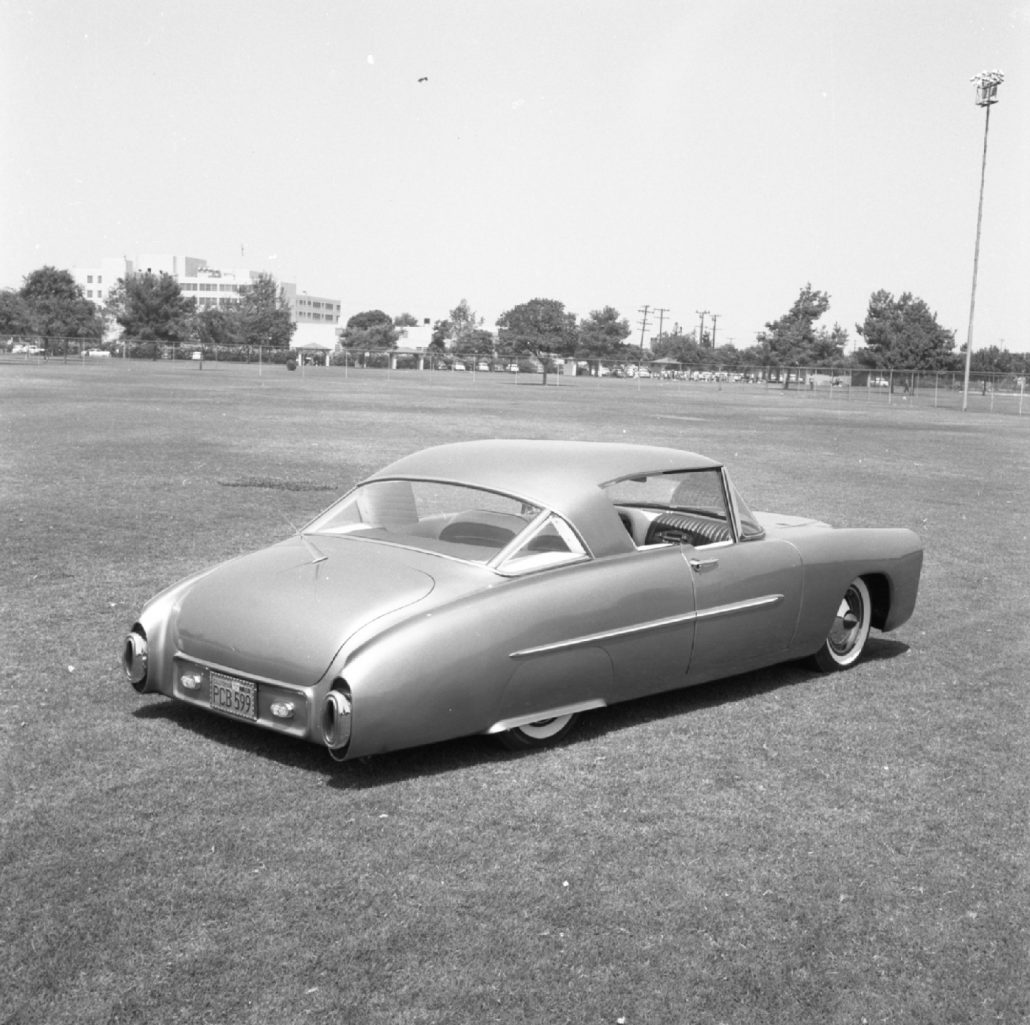 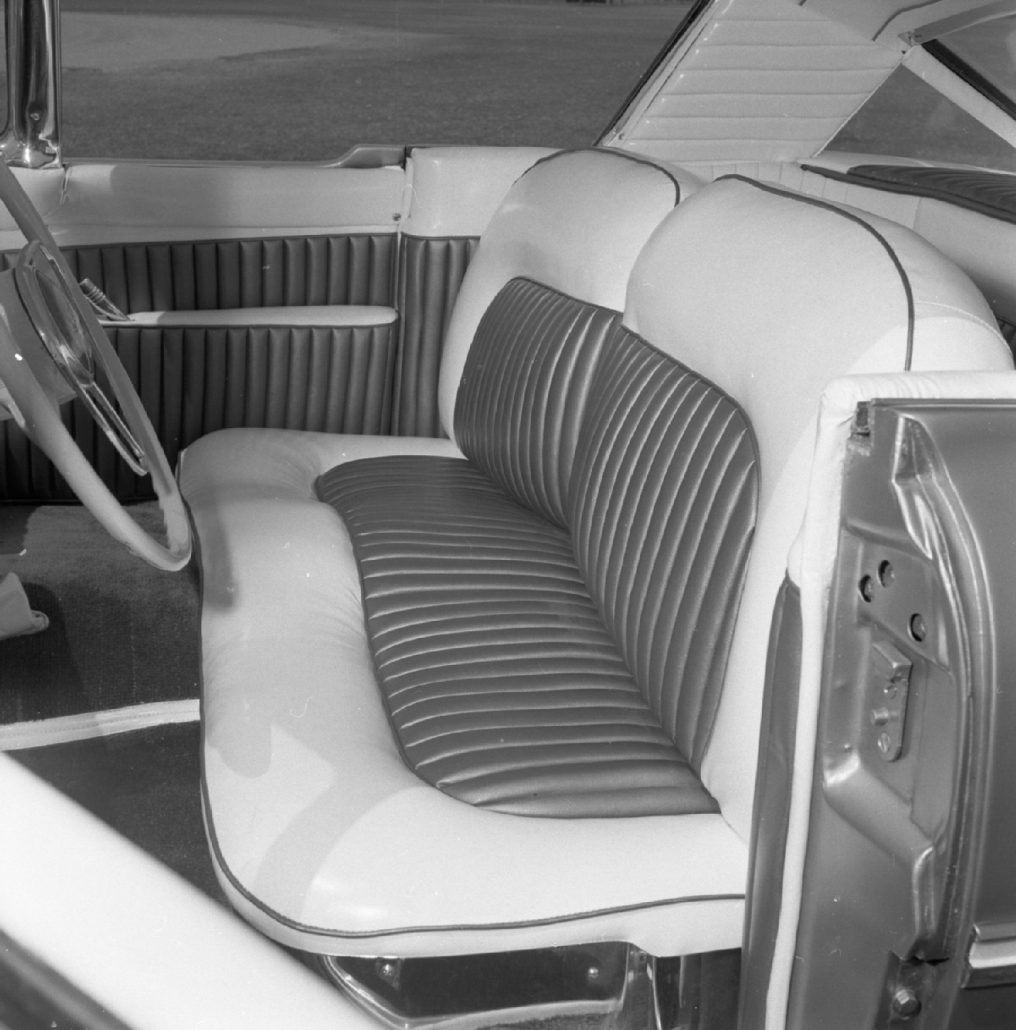 We were looking to buy an interesting mildly customized Continental Mark II that was being advertised for sale close to where we live in Florida.  Upon arriving to inspect the car and its history, the seller mentioned that it was purportedly built by George Barris.  Instead of buying the car, we put Brett Barris in contact with the seller – neither had talked with the other before.

Good things happened and the Mark II was returned to the Barris family.  It’s the only car that we’ve considered for purchase and couldn’t be happier that “it got away.”  Shown below are two images of the car as we found it followed by original photography of George Barris with his Continental Mark II. 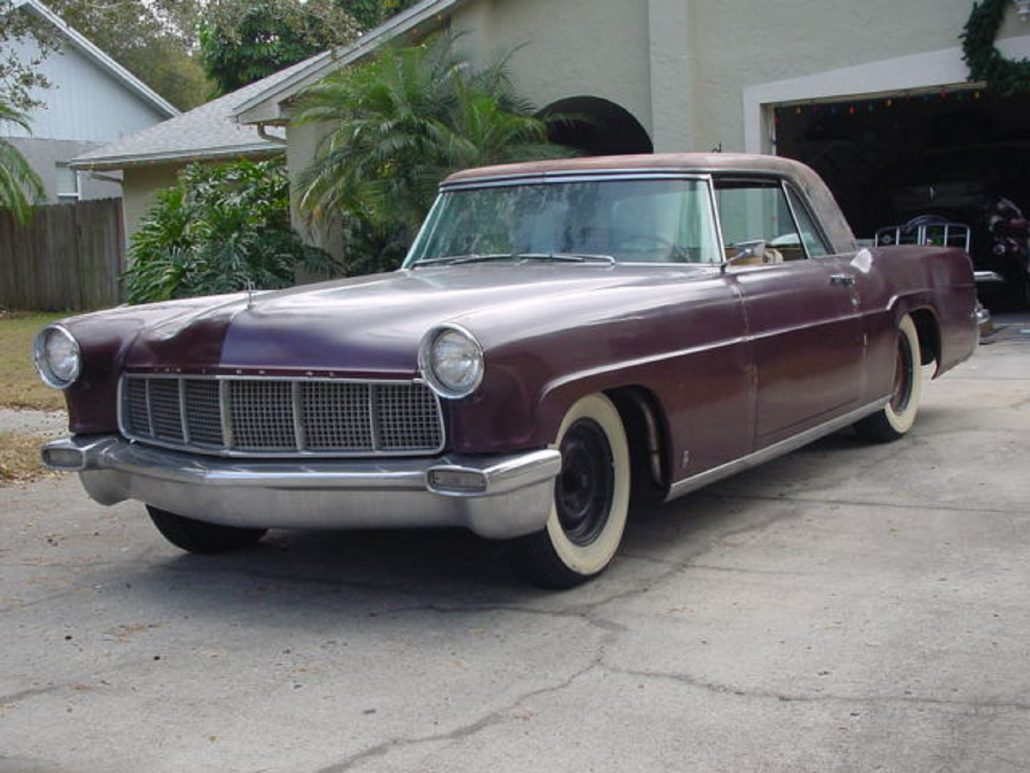 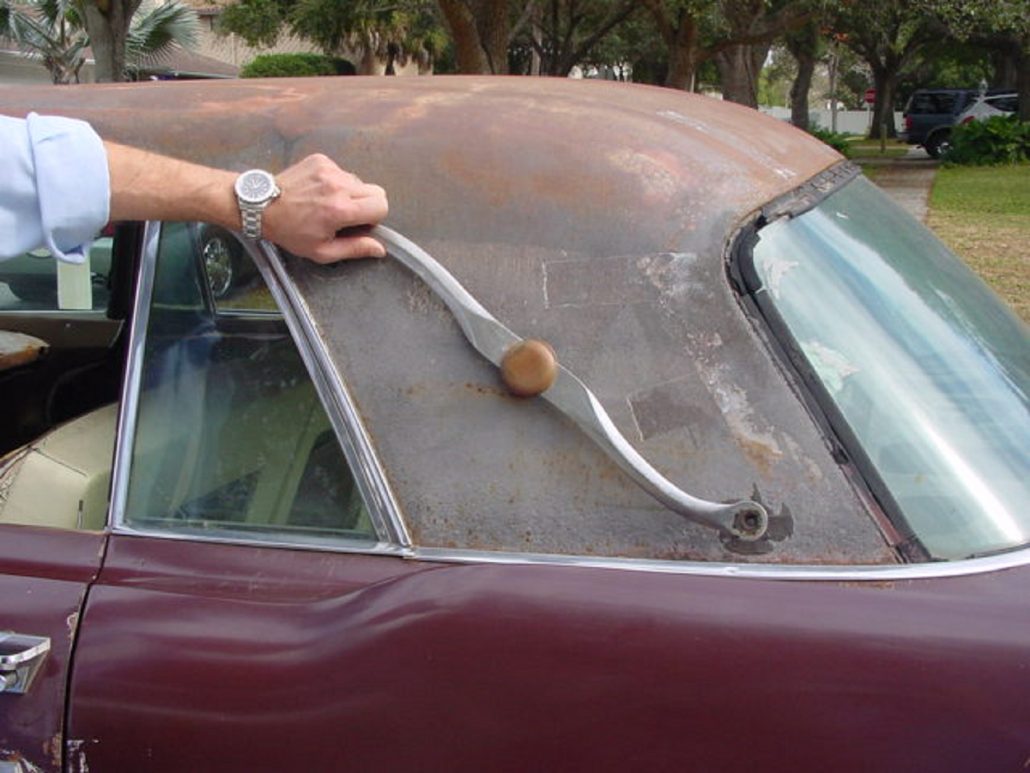 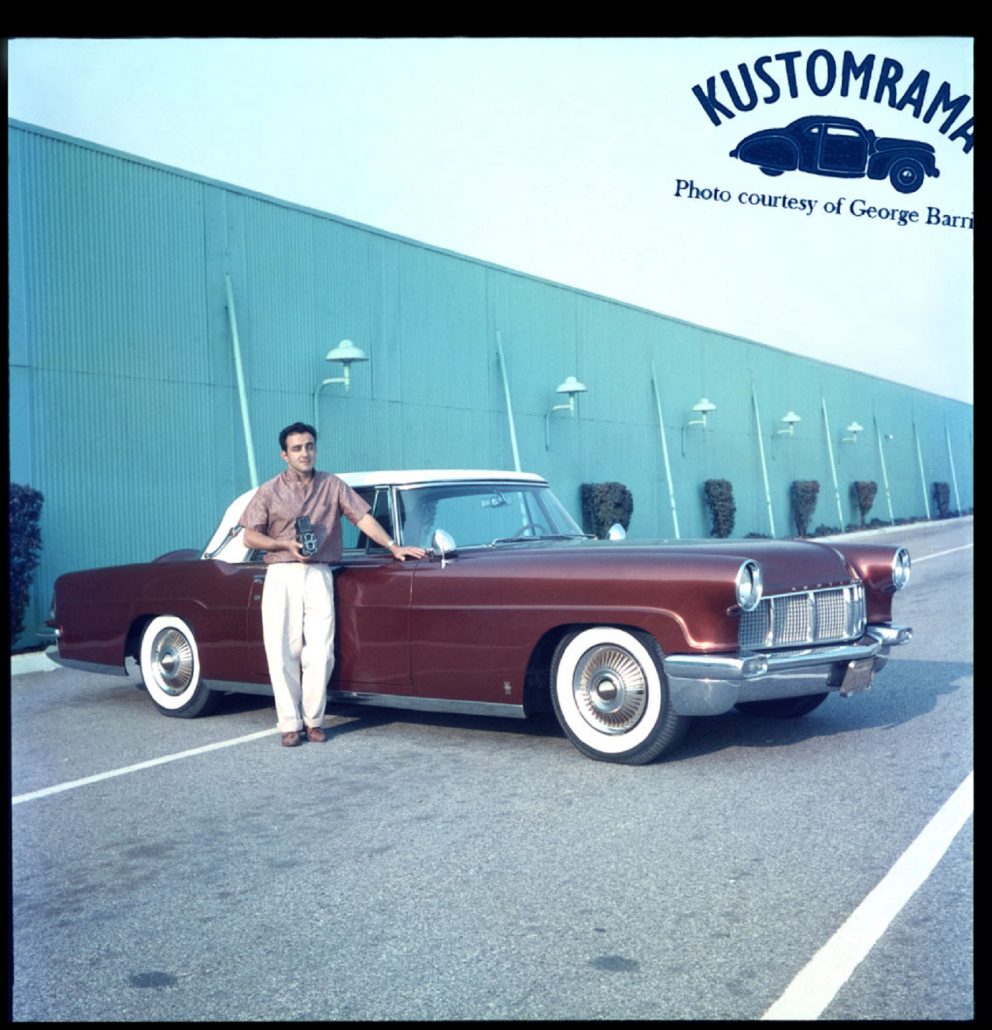 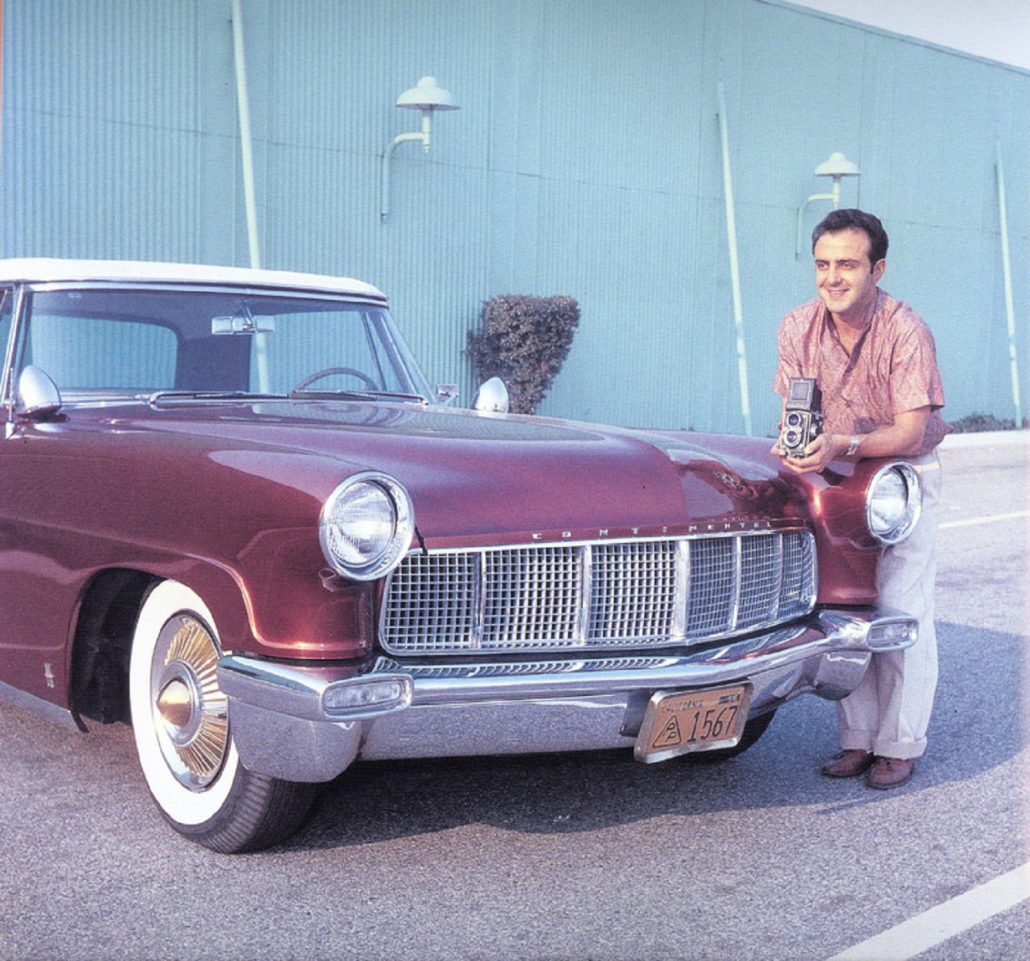 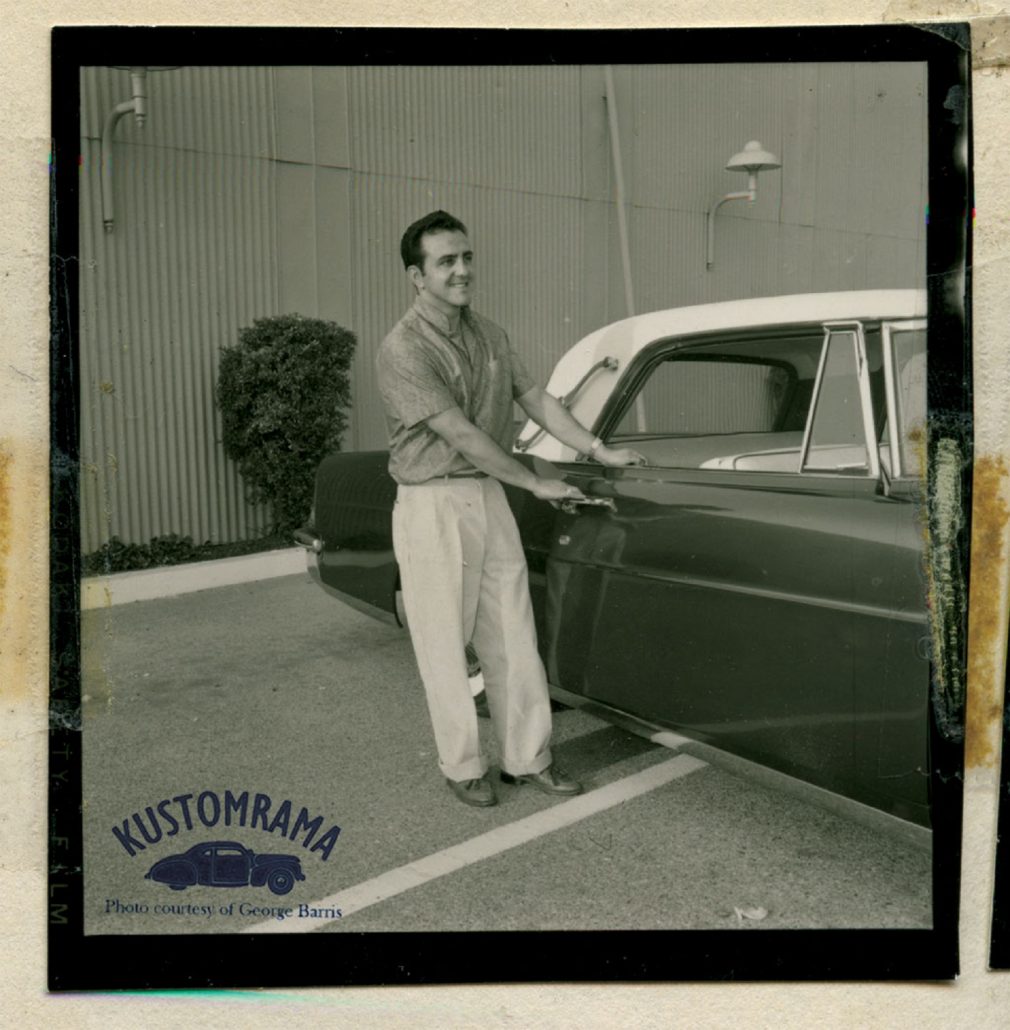 In 2013 when in Los Angeles visiting the Barris family, we worked with Brett Barris on helping with the history of the Leo Lyons Custom Mercury.  Brett was going to feature it in his book on his father titled, “King of the Kustomizers: The Art of George Barris.”  This book ultimately was published in 2015 with relevant pages shown below. 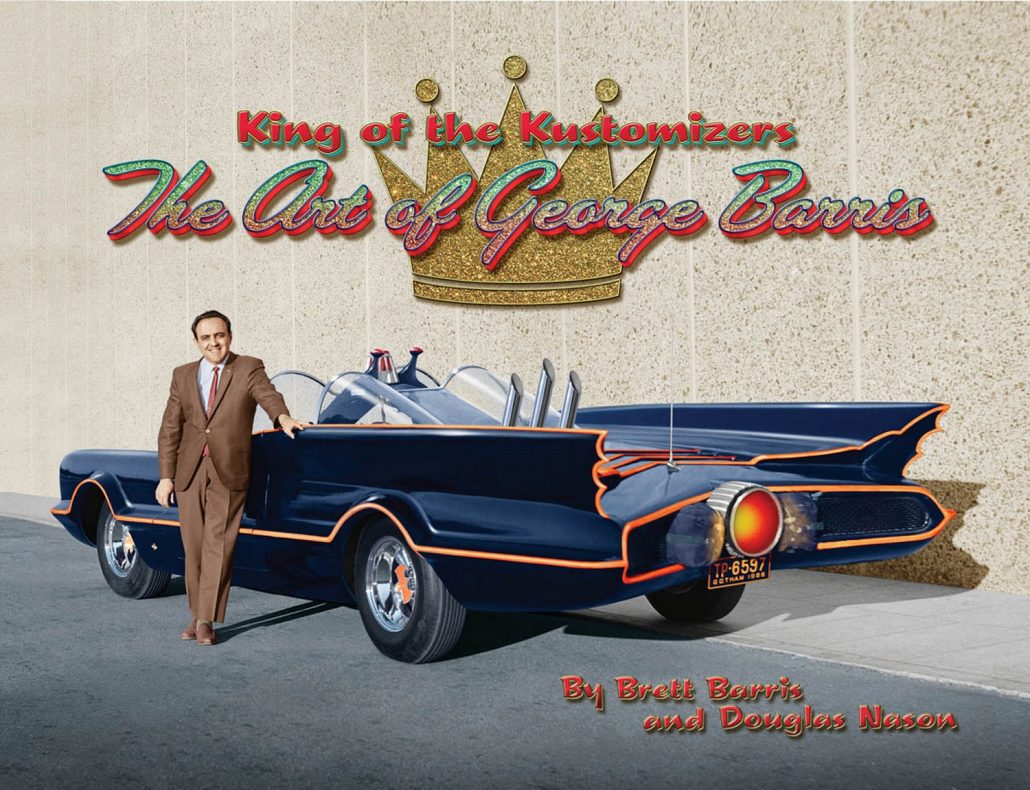 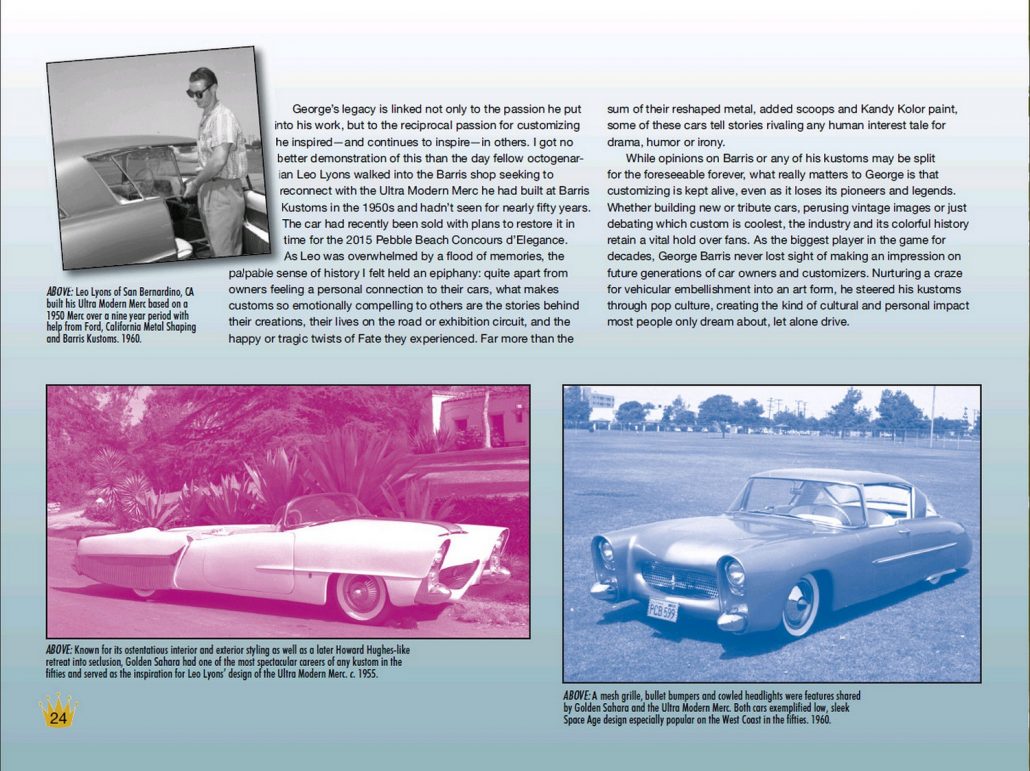 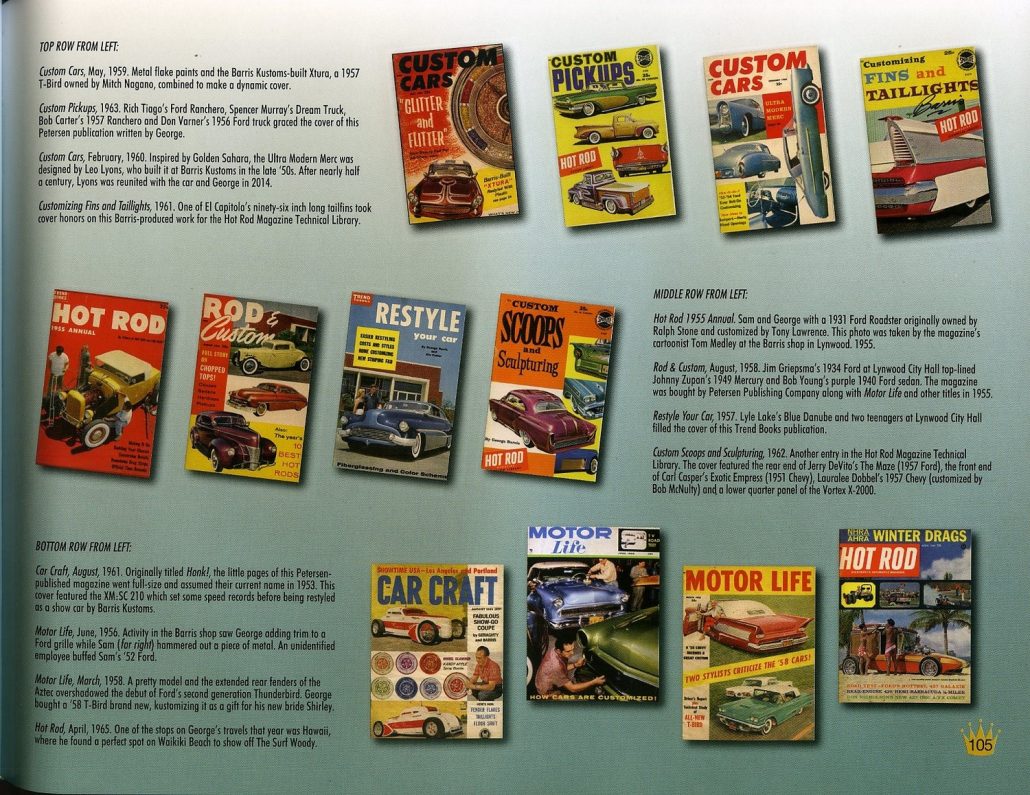 In 2009 we worked with Greg Sharp of the NHRA Museum in Pomona, California on a display featuring the history of Bill Burke and included our 1946 Bill Burke Belly Tank Streamliner.  And….we were honored that day to have George Barris’ daughter, Joji, help us place the car.

Joji was there to deliver the Batmobile for another display at the museum.  She was kind enough to command the wheel on our Belly Tank and “shoot” it into the museum at light speed (or is that dry lakes speed?).  Thanks for the help Joji! 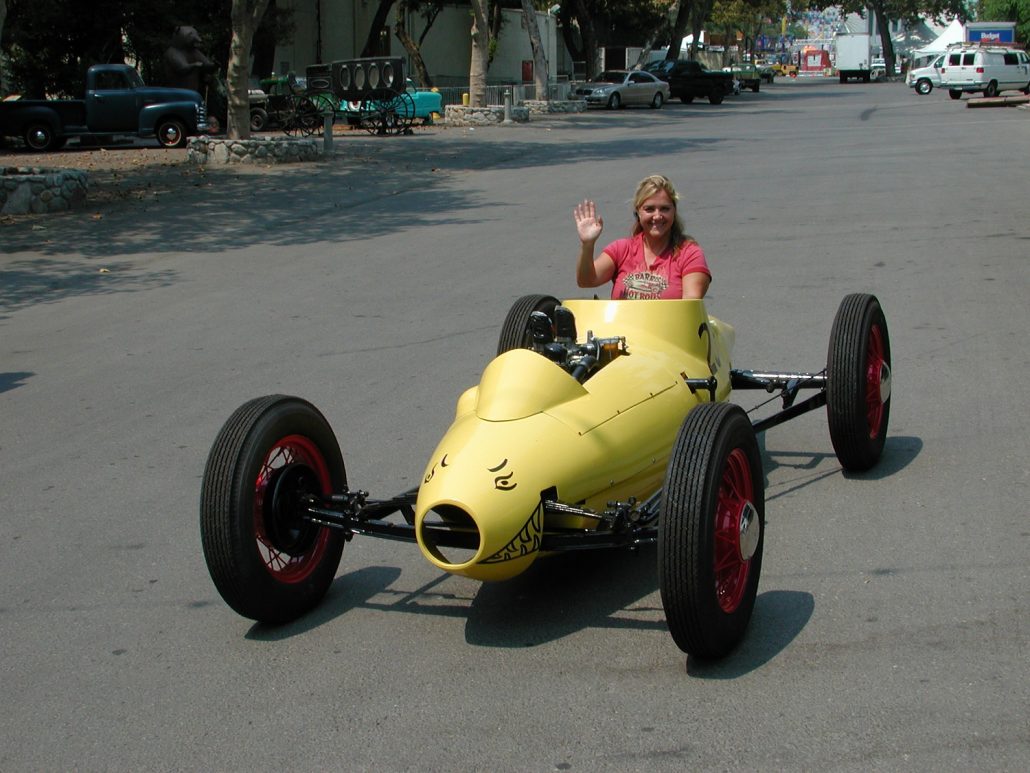 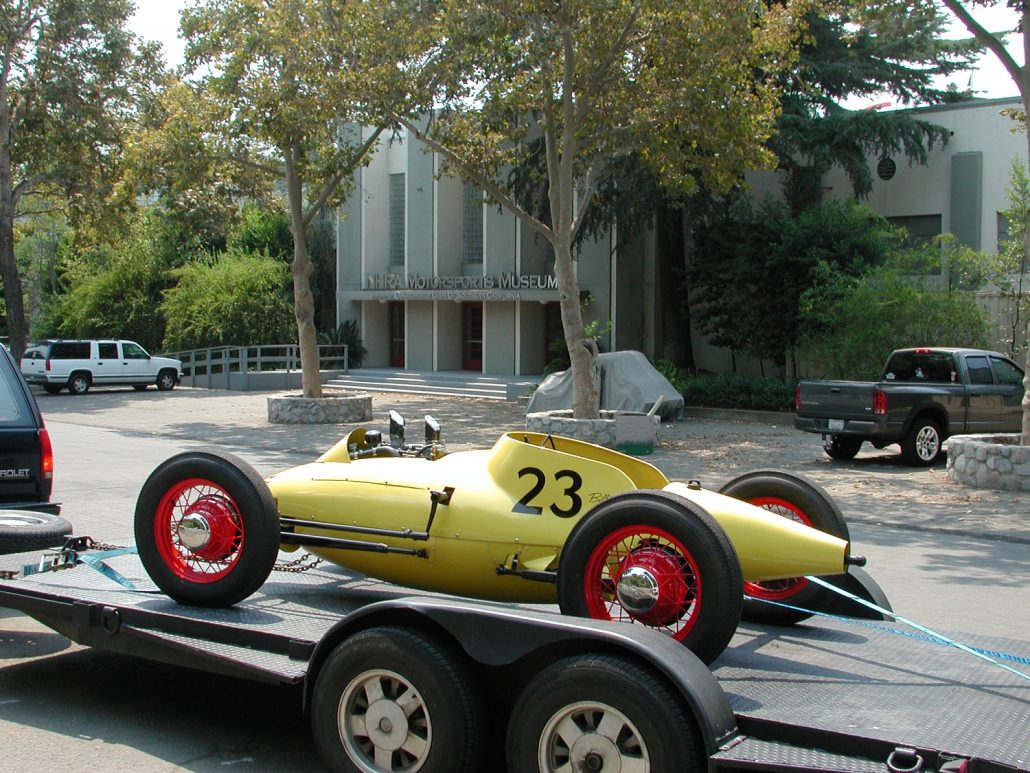 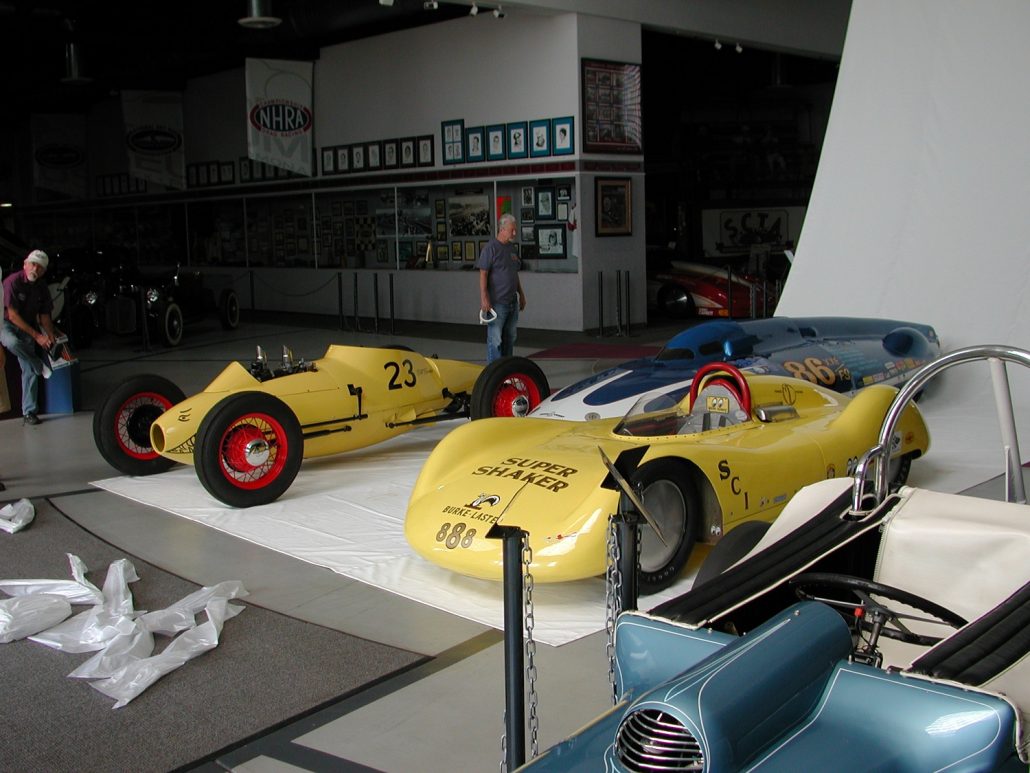 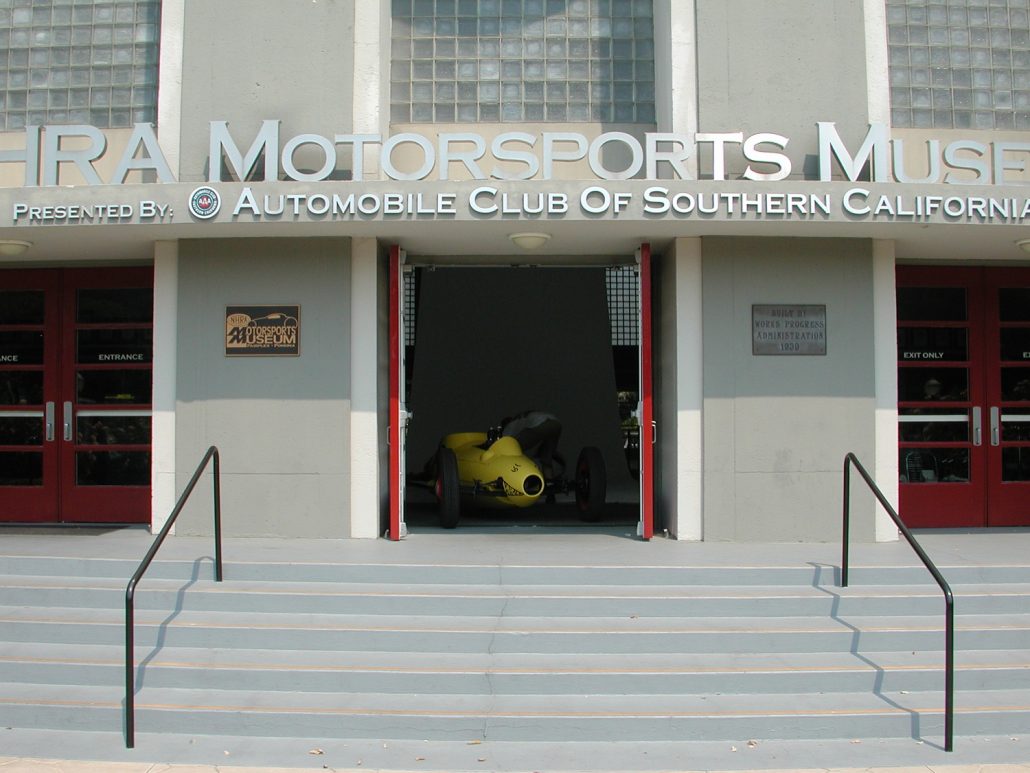 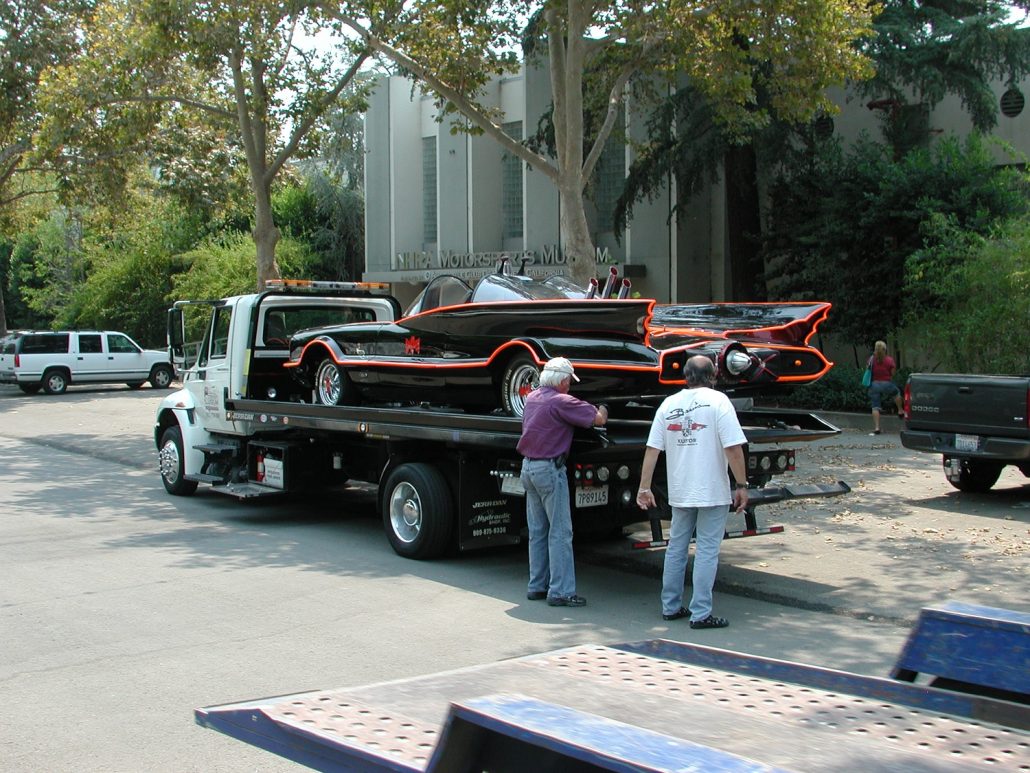 We first met George Barris at the 2007 Amelia Island Concours d’Elegance where he was a judge for our Forgotten Fiberglass class.  It turned out that George remembered the LaDawri Conquest well – and the owners of LaDawri Coachcraft – Les and Joan Dawes.

We were fortunate to have Joan Dawes with us at the event and both had a chance to catch up a bit.  On a later visit to George’s facility in North Hollywood, we found a vintage photo of a LaDawri Conquest on his wall.  A car, he shared with us on the Amelia field, he always thought was striking in design. 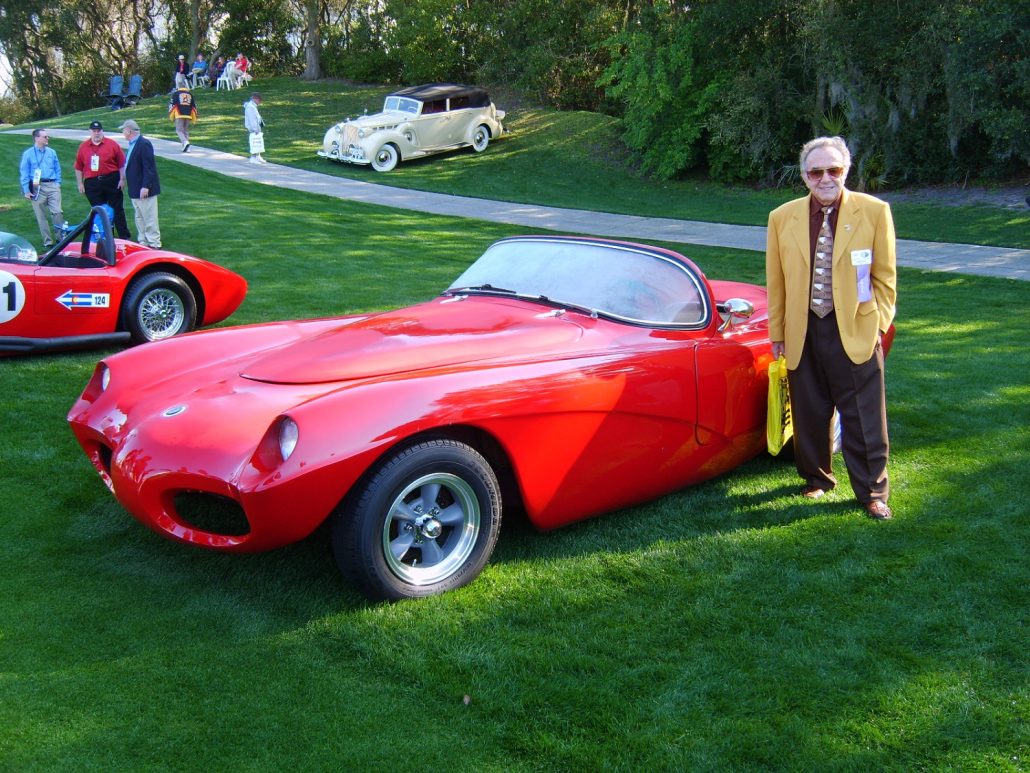