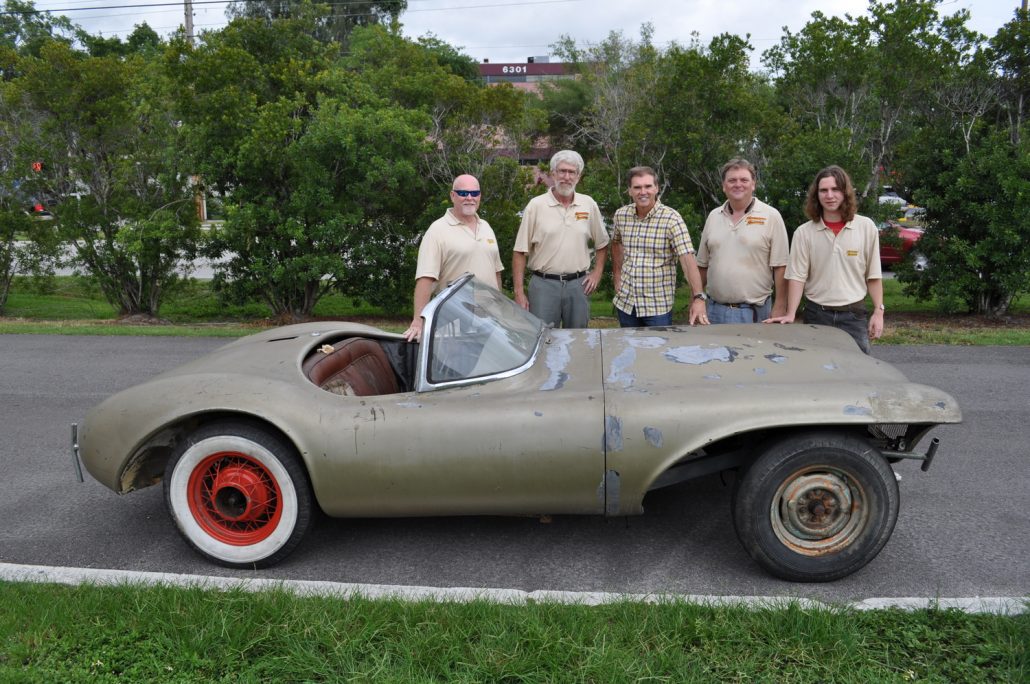 Undiscovered Classics and Forgotten Fiberglass has appeared on TV, on the web, in podcasts and more.  Below are some highlights of these
appearances over the years.

We’ve appeared twice on Jay Leno’s Garage with over a half million views of these videos and counting.  Jay and his team captured one of our appearances at the Pebble Beach Concours d’Elegance and another at the Amelia Island Concours d’Elegance.

Ray Evernham and his team at Velocity Channel’s “AmeriCarna TV” came down to our Tampa, Florida headquarters and spent a week.  Here’s what they saw at Fiberglass Farms and at some of our storage and restoration facilities.

Tom Cotter of Hagerty TV’s “Barn Finds” visited our home location in Tampa, Florida as well as the secret hideout of our unrestored cars – “Fiberglass Farms.”  Nearly half a million folks have viewed the episodes since their release.

Check out both videos to learn about Fiberglass Farms, our unrestored cars and some of our more recent finds like the 1959 Cheetah “Moon” Transporter and the 1949 Packard Monte Carlo Convertible Show Car.

Graham Kozak of Autoweek TV visited us at the Amelia Island Concours d’Elegance and posted this video to Autoweek subscribers and beyond.  This was the debut of our freshly restored 1962 Shark Convertible – a car we’ve held onto in our collection for nearly 40 years.

In 2017 one of our own Undiscovered Classics aficionados, Joel Driskill, identified a lost Hot Rod from early in postwar American history on ebay.  We subsequently partnered with Joel, purchased the car and verified the find.  It was what we thought it was – one of the earliest surviving hot rods from America’s early postwar history.  Discovery Channel’s “Sticker Shock” TV program heard about the find and invited us on the show to share what we’ve found and discuss its value.

This episode on “Sticker Shock” has been seen by more than 850,000 people via Discovery Motor on YouTube and even more on the Discovery Channel directly.  Watch for this Hot Rod coming out of restoration soon.  In the meantime, enjoy the video below which occurred just after we found the Hot Rod. 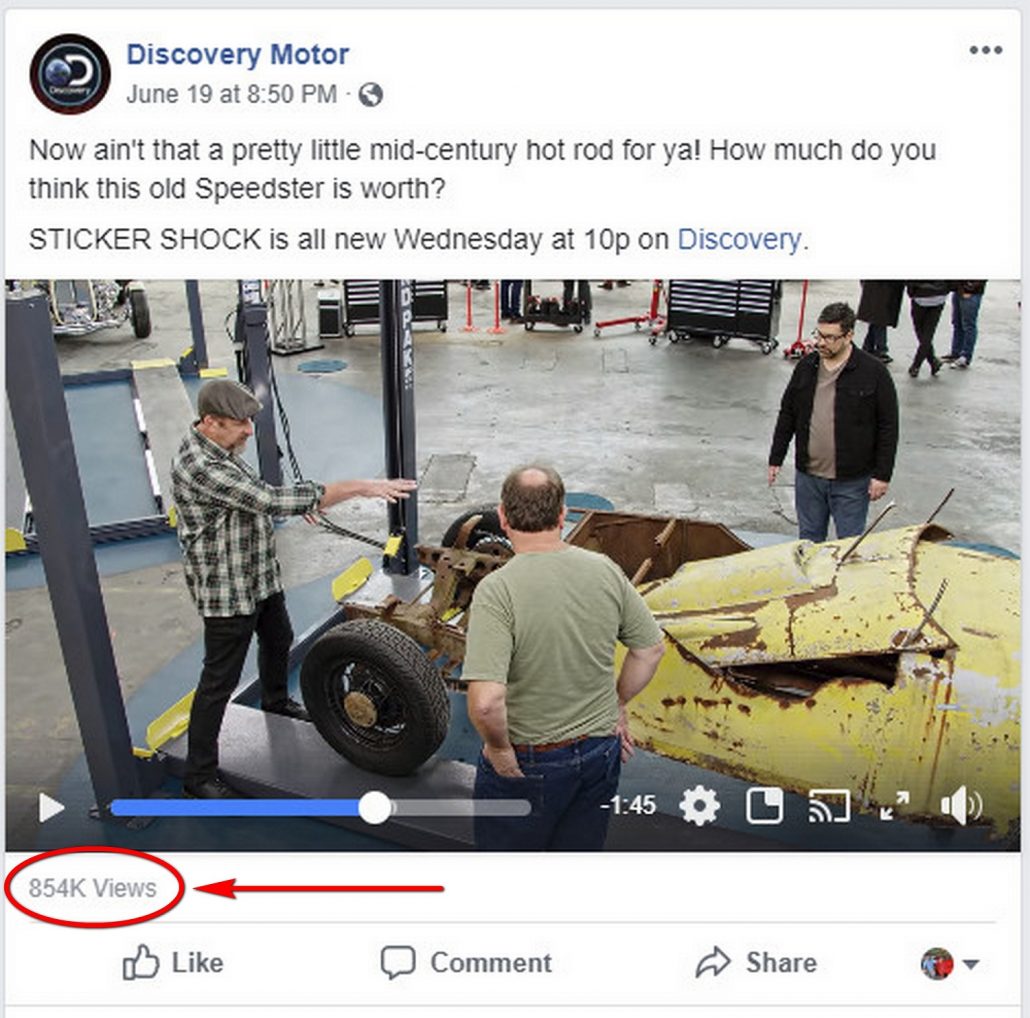