This is the earliest ad known for Victress.  It is to be co-sponsored by Hellings showing their close relationship at the time.  The Victress shown in the rendering below was built by Virgil Rice and appeared in the 1954 film Johnny Dark starring Tony Curtis and Piper Laurie.  This is the car that Hellings mention can be seen at their location. 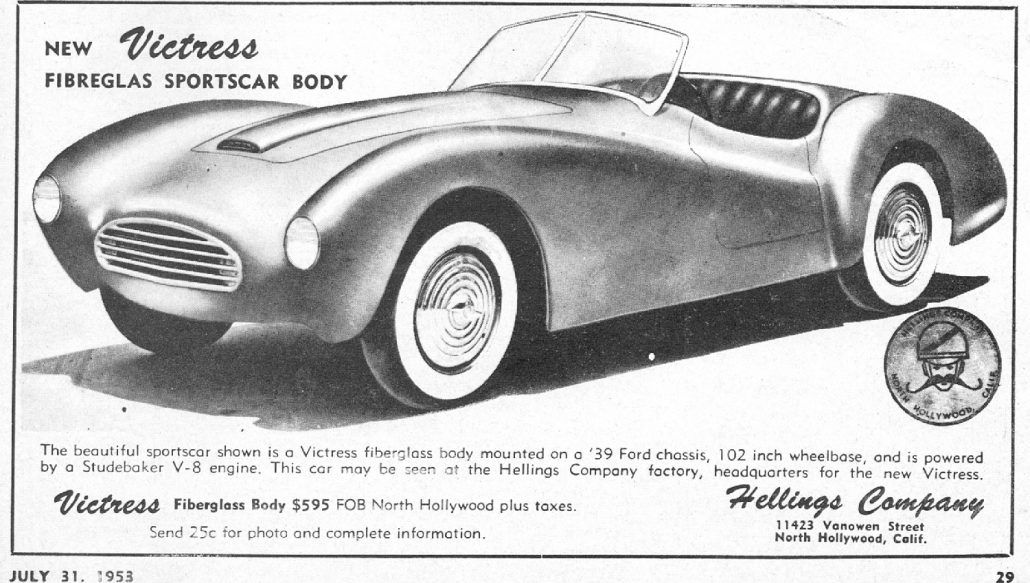 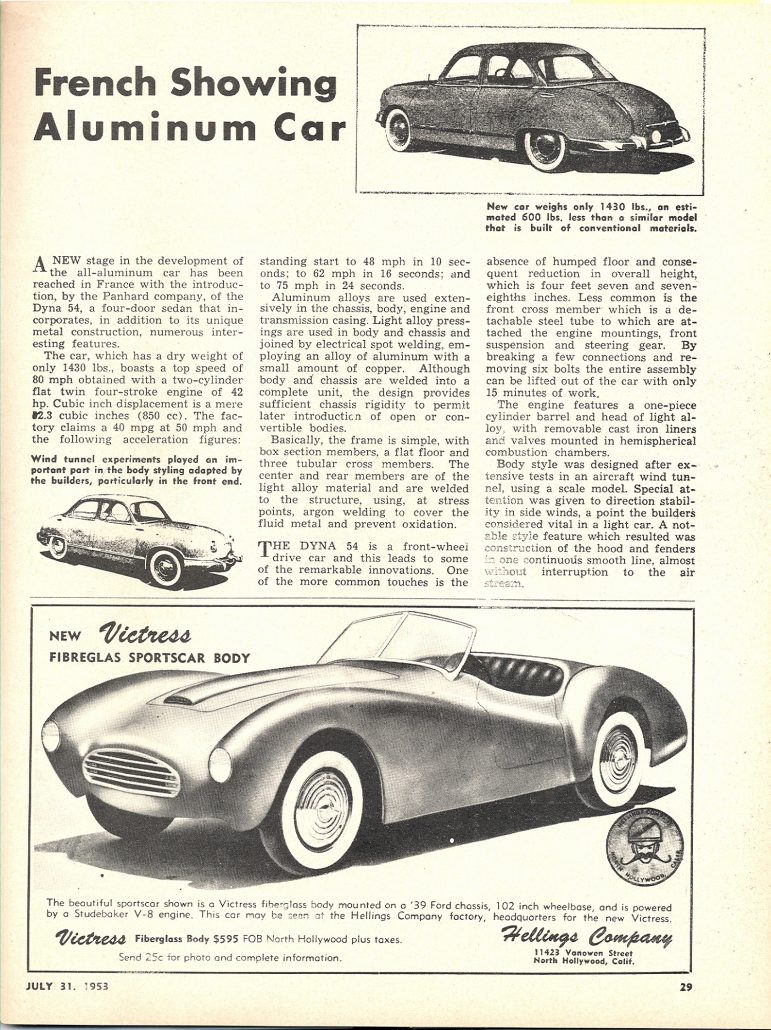