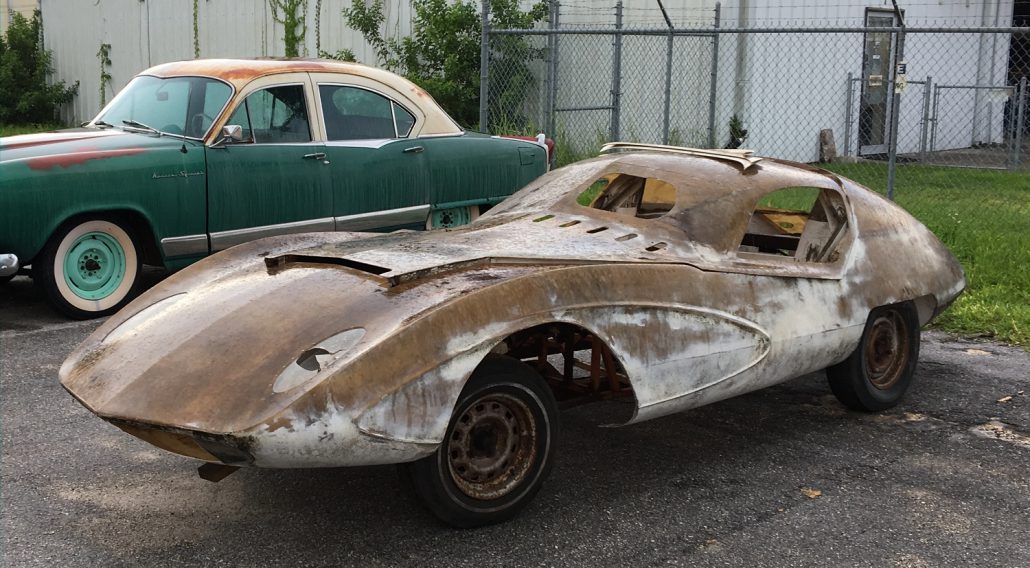 Early on in our research on handcrafted sports cars in 2006, I spotted a car for sale on ebay that was advertised as a “Corvette LeMans Special.”  A quick review of the photos revealed it to be one of Strother MacMinn’s lost LeMans Coupe projects.  Although the car was never finished, it had several aspects to it (and with what came with the sale) that later proved important in tracking down its history.

The top of the car was cut into a “canopy” to make entry/exit easier – which is one of the challenges of getting in/out of the LeMans Coupe with conventional doors.  Another interesting aspect was the internal structure which was 1 inch square tubes, but most revealing was the set of original velum blueprints (see below for an example) that came from the original design team. 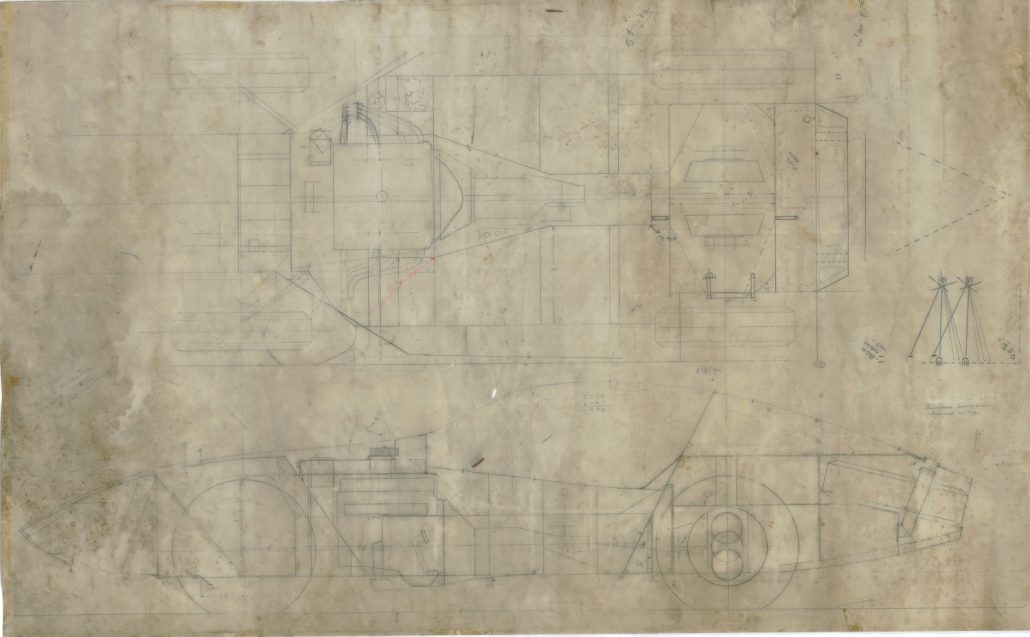 Back in early 2006, I did a series of interviews with Ed Monegan – the last remaining member of the 3-man team that created the molds for this specific car.  Ed shared with me that his friend and other teammate – Marvin Horton – attempted to build at least two LeMans Coupes before he passed away.

One of these LeMans Coupes was supported with a network of 1 inch square tubes which is the structure that is inside my car.  Given the use of the square tubes and the original velum drawings (nearly 20 in total) that was available only to the original team members, we’ve identified this car as one of Marvin Horton’s original builds.

Note:  As of 2022, restoration/build of this car is underway.