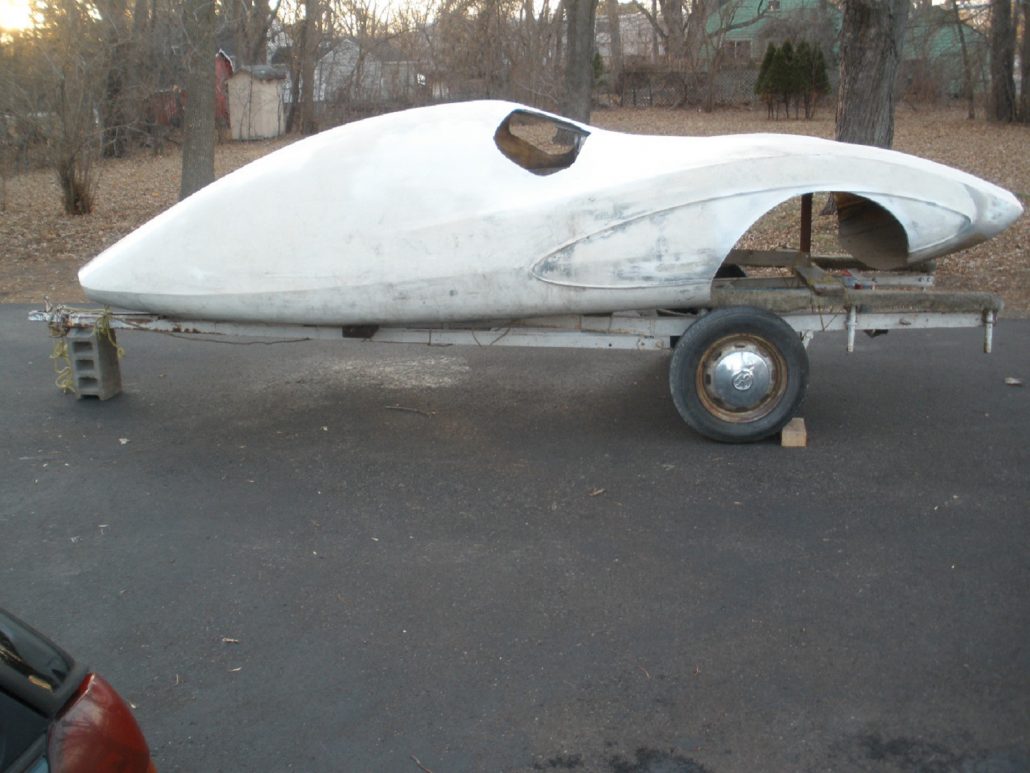 The following information and photos are shared from the person who kept the unfinished project in pristine condition for 50+ years and offered it for sale with these details and photos in 2016.

Welcome! This page is dedicated to the memories of John R. Bond, Strother MacMinn, Marvin Horton and the others who were responsible for creation of ROAD & TRACK Magazine’s “American Car For LeMans”…Thank you for a bright flash-of-genius in an otherwise relatively drab decade of the 1950s in contemporary vehicle design!

Having been a “vehicle enthusiast” for as far back as I can remember – especially with regard to auto-body-styling/proportions, etc.; one could readily imagine my excitement upon, receiving my August, 1960 issue of ROAD & TRACK Magazine; to see the sleek red car on the magazine’s front cover and read the page feature article, on pages 22-24 inside, entitled SPORTS CAR DESIGN REALIZED!

Suffice-it-to-say that I immediately decided that I had to make an all-out-attempt to obtain a “copy” of that exotic body, in order to build a high performance, street version of the car for my personal use/enjoyment! After scores of long-distance telephone calls (all over the Southern-California area); finally, many months later, with God’s-help, I made contact with Marvin Horton, and learned that he was the prime-mover among the group of private racing enthusiasts who had been working to build, and intended to campaign in the LeMans 24-Hour race; a competition version of the car (as advocated by R&T Editor, John Bond’s, four part series on the subject).

In answer to my expressed interest in obtaining a “copy” of the fiberglass body with which to build a “streetable-car”; Marv intimated that, because he had just been diagnosed with leukemia; he had decided to discontinue his efforts on the competition version of the car; and, instead, to devote his remaining time here on earth to just being with his family. He next offered to sell me the slightly modified body, designated for the competition car, at an attractive price; if I would be interested. Of course, I was overjoyed to receive the offer and happily accepted it.

Marv, also, stated that he and his family were going to take a trip to North Dakota within a few weeks and that he could transport the body there on top of his pickup camper; if I would like to meet him at a certain location with a trailer to pick it up and transport it to my home. Obviously I thought that was a great idea, and that is how the LeMans competition-body reached my home.

In mid-1965, I accepted a vocational promotion/transfer, which involved moving my family to Des Moines, Iowa. In November of 1969, Marv called me in Des Moines to see how things were progressing with my LEMANS project. I explained to him the combination of: working intensely hard to earn the promotion; then the rigors of moving and getting settled in a strange community; plus inheriting an unexpected, fouled-up, work situation, at my new position; had all precluded my even starting to “build” that car of my dreams but, added that I was still as determined as ever to do so as soon as possible.

Marv then stated that he was in the process of moving his family from California to Washington-State; and wondered if I would be interested in purchasing the competition-chassis, for the race-car, that he’d earlier brought to a state of semi-completion. I asked, and he explained what stage the chassis was in. He offered everything that he had done and accumulated at a price that I couldn’t refuse. So, I asked Marv to crate and ship the chassis, by truck, to our Des Moines residence. It arrived there a couple-of-weeks later.

At that point-in-time I was intending that the assembly/building of the car would be an ideal father/son-project. Well, as things go, 40 years has past and sadly, there was never enough time in the interim to “squeeze-in” the LeMans dream-car-project. Thankfully, though, my son and I took the time to do quite-a-few, less-involved, car-projects together! So much for the narrative explaining how we acquired the competition-body-and-chassis that “Marv Horton and Company” had been building and were intending to campaign at LeMans when the car was completed!

Modern  Articles  About  This  LeMans  Coupe 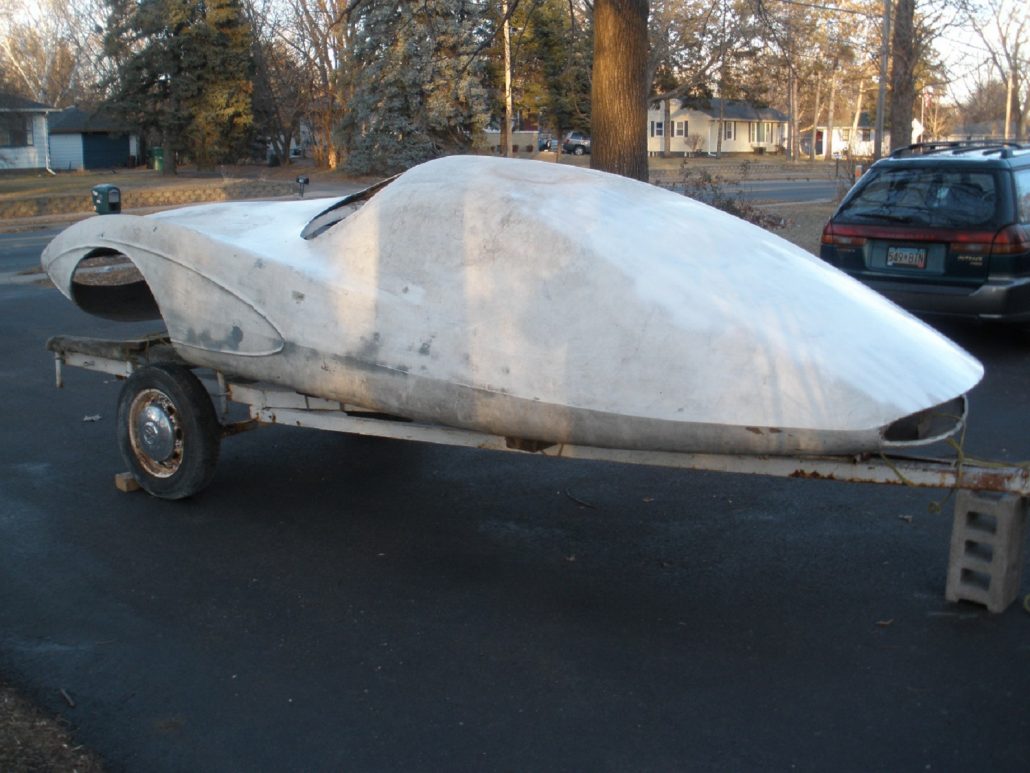 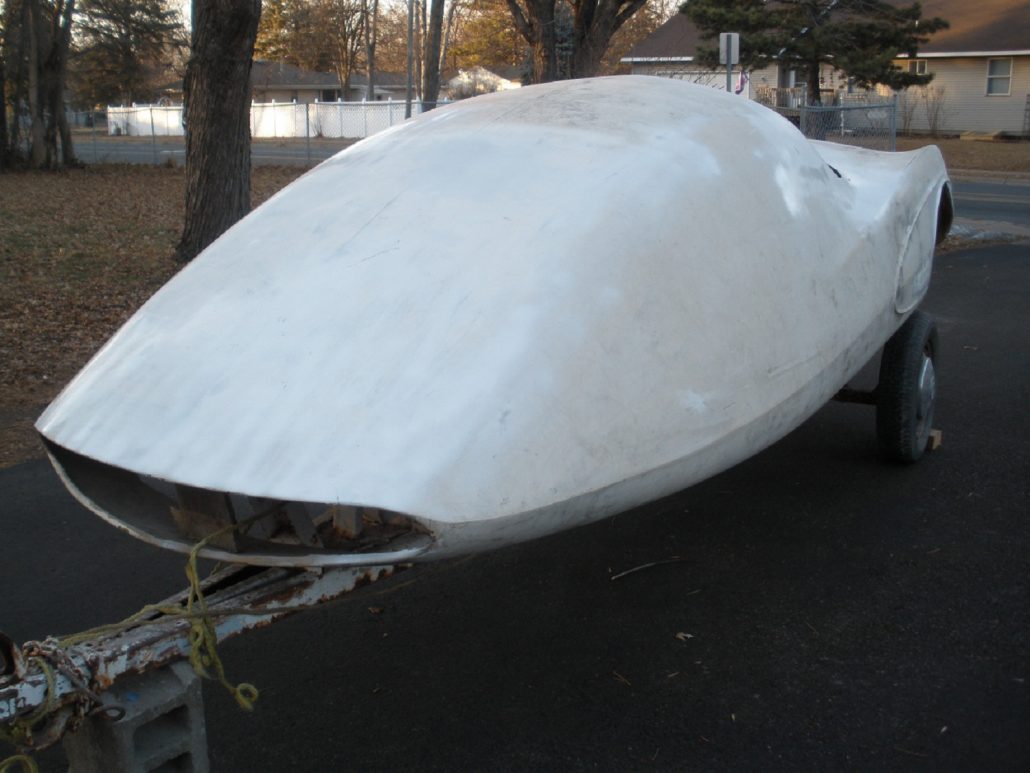 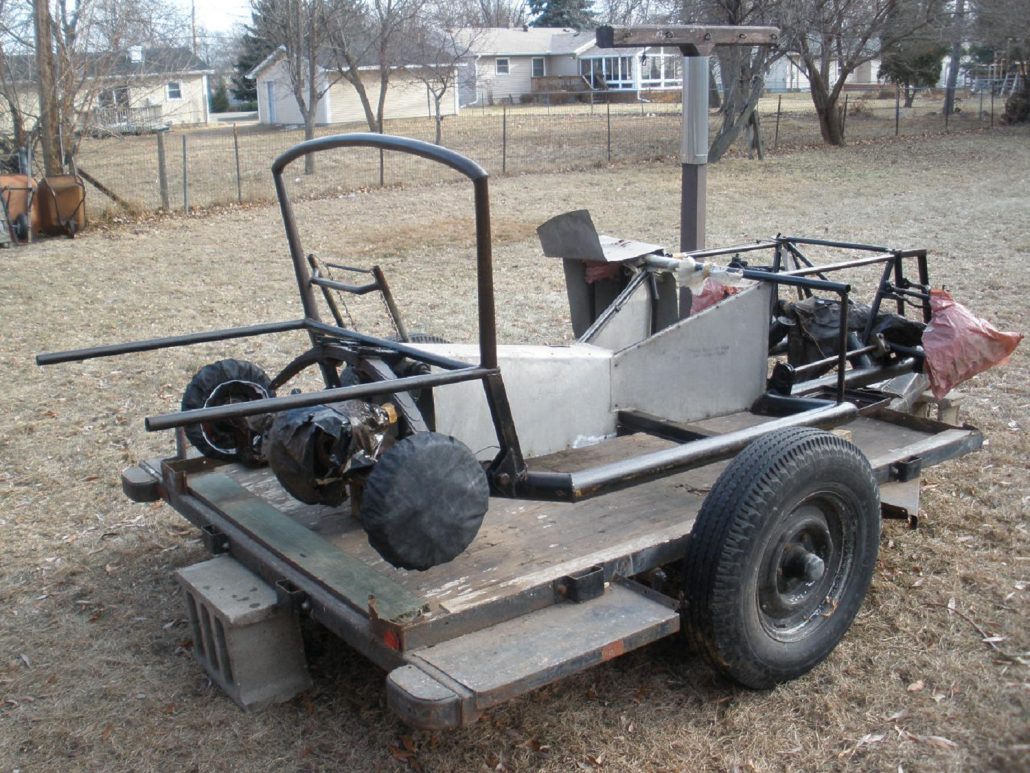 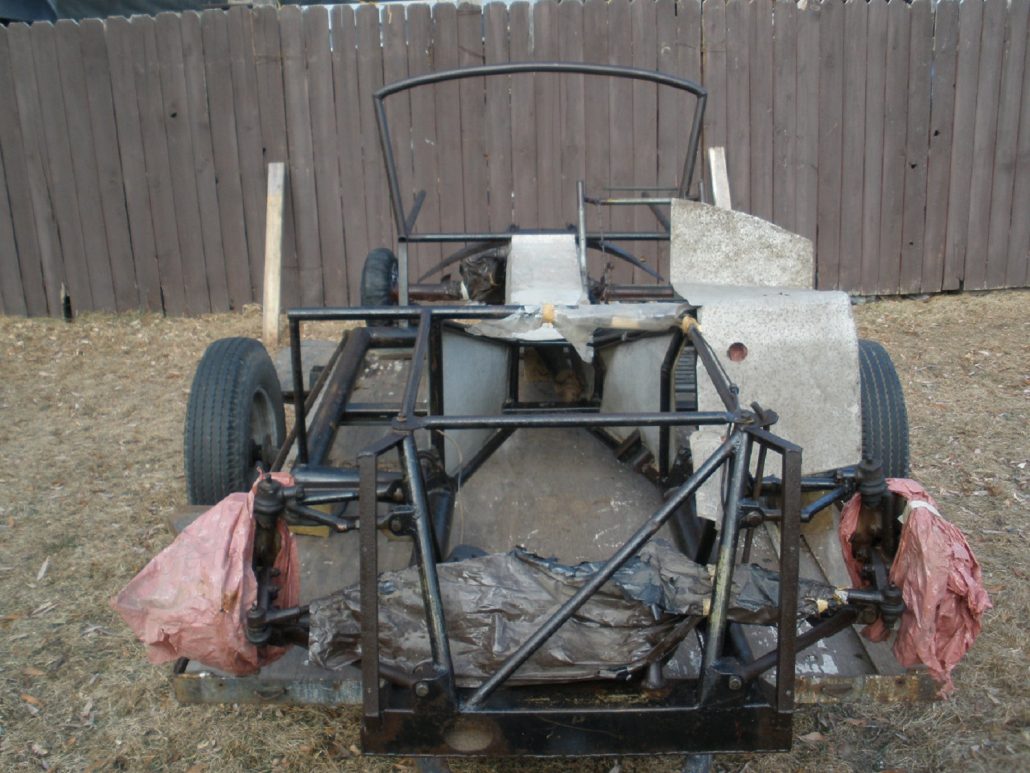 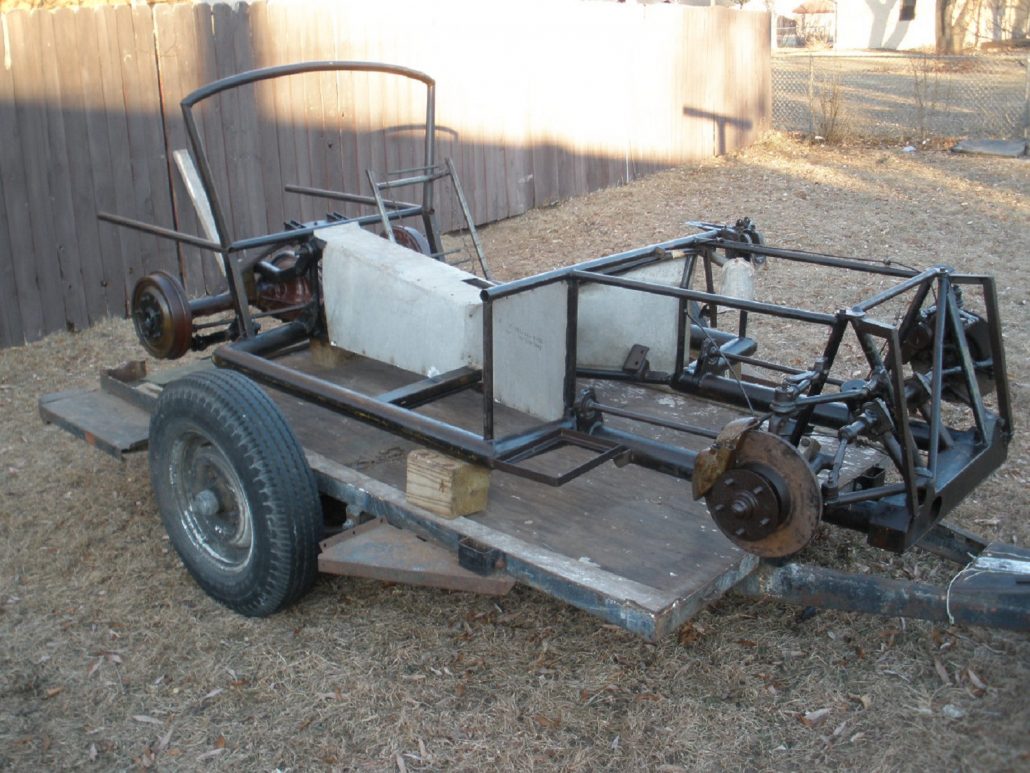 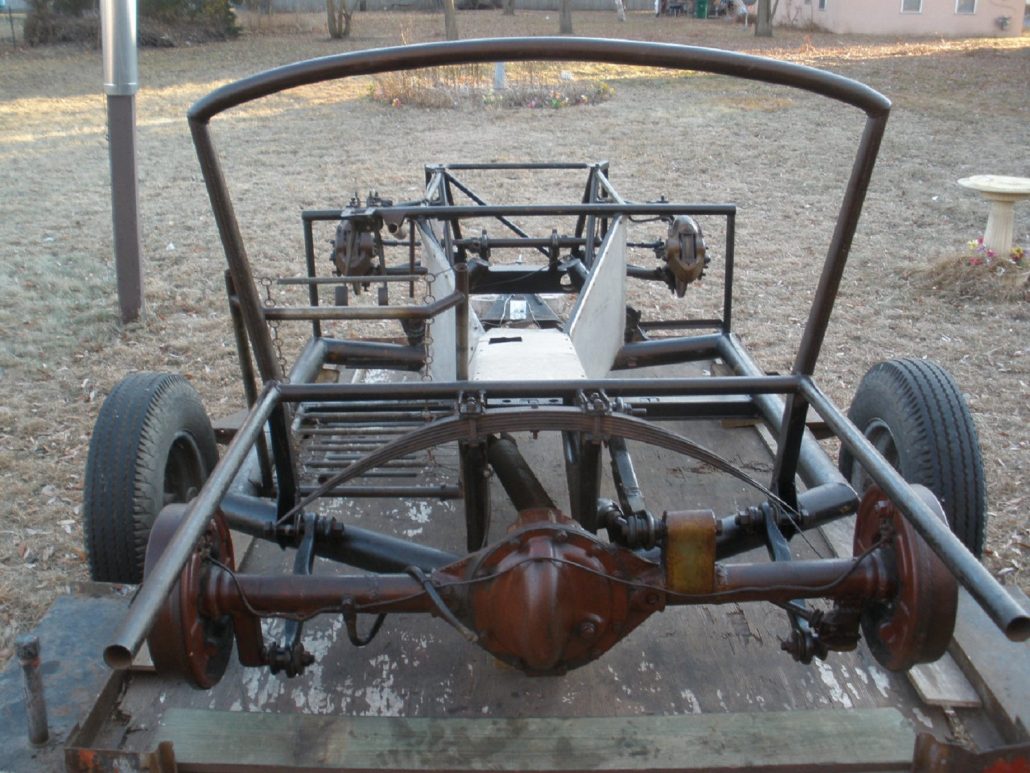