As a 17-year-old fresh industrial design student, just enrolled in August 1949 at the Art Center School in Los Angeles California, Strother MacMinn was one of my instructors. While I was eager to get started drawing cars, Mac insisted we learn very basic and boring stuff. The worst task was to write script lettering with a Thayer & Chandler air brush. I’m left-handed, and script with just a pencil is agony. Mac insisted. Soon, all his students were doing graceful sweeping script, doodling car-like shapes too. But I considered Mac the most unpleasantly strict of all my instructors. 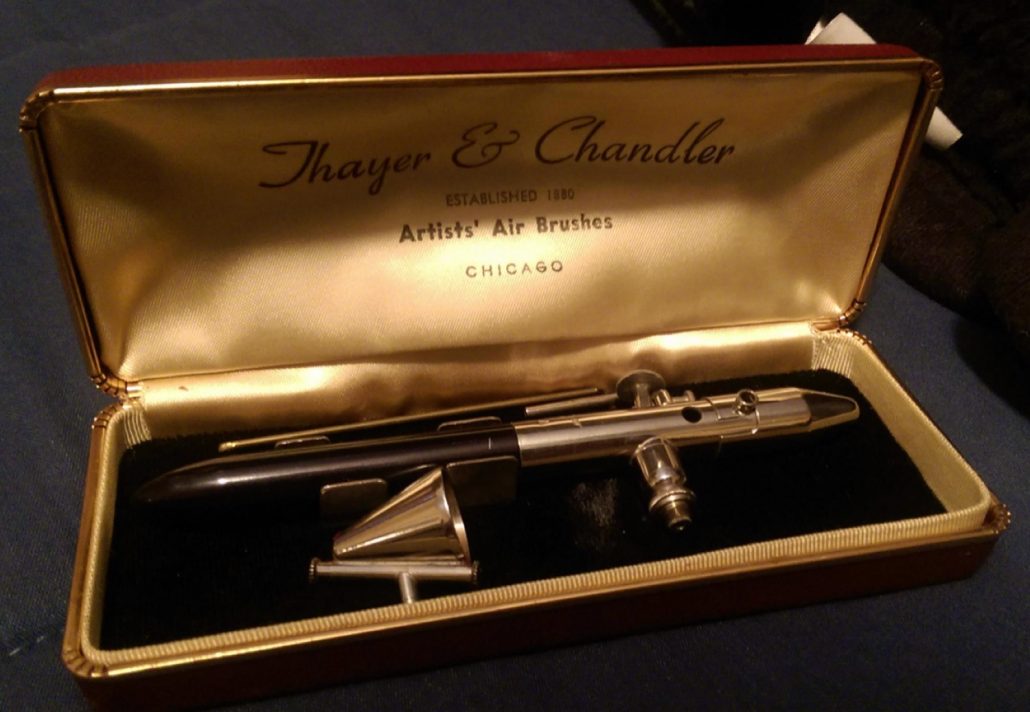 Until one day, when he brought in some photos of classic European classic cars of the late 1930s, I asked him if he liked cars. Stunned, I think he disliked my question. From that instant onward we close friends until his passing in 1998 at age 79. I’m now 90, and still remember that first “Mac moment”. As a multi-year Mac student, on thru the years he taught me Concours judging, he was both a buddy-friend and an Icon-God of design integrity. At times he’d leave me awe struck with the importance shape, proportion, perfect surface development, details worked out to perfection. I finally understood the need to start air brush script. Precise diligence in every design thought and action.

GM hired me a month before graduation in May 1952. Arriving in Detroit, I found that ex-GM, now Ford designer Frank Hershey had plotted with the Art Center job placement fellow to spirit me quickly into Ford Styling. My GM dream was burned forever! Only two weeks into my assignment with Ford Advanced Styling, I foresaw Detroit to be a disappointing dead end for me. A short stint followed at George Walker Industrial Design, then a return to California after exactly one year and one day as my Detroit car designer dream concluded. But yea, I was back in home in MacMinnLand. Shortly after my return, Mac handed me a design assignment with Detroit Industrial Design consultants Miller & Grisinger. I enjoyed creating a vast number of concept sketches for the 1955 Kaiser and Willys, using the Arcadia California office of Post Publications as my studio.

In 1951, Mac had introduced me to Dan Post to help with automotive illustration. Dan published my first book, Automotive Design, in spring 1952, just before I arrived at Ford. Well, that got me the cheeky brat reputation alright!  Dan and I published a several more books during the next few years. My car designer days came to an end (or so I thought) when I was called in October 1954 to the animation studios of Walt Disney Productions in Burbank California. The rest became a fantastic 46-year design career with Disney (yes, doing some cars), and later, my own company, GurrDesign, Inc.

Back to the MacMinn LeMans Coupe. My 48-year friendship with Mac, was filled experiences in all kinds of design, travel, auto racing, publications, and especially raging car design arguments. Mac always seemed to start a design critique amongst so many of his devotees. These would devolve into enlightening discussions, some lasting way into the night. He’d invite a gang to come to my house for “burgers & cars”. Mac was the center of all the red-hot design enthusiasts in the Los Angeles area – our very own Car God Guru leader-teacher. We loved every minute at Mac’s feet. 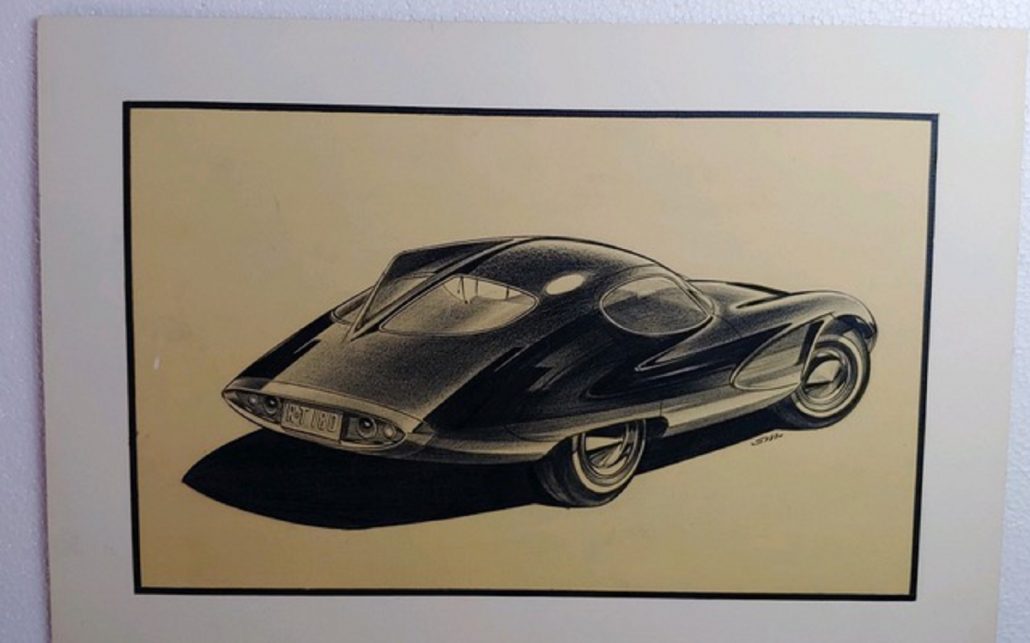 While I was maxed out at Disney, I was not able to follow in much detail all of Mac’s projects, Calty, etc. beyond the awareness of them. In those years, I hung out a lot with John and Elaine Bond. The LeMans coupe episode was scattered over quite a few years. I’d see him making drawings on it, he’d take me out to local shops to see the progress. It was not his central project, but one amid many. Now in hindsight, time has shown once again, that classic simplicity endures. Mac drilled that into me, proof today is the Icon status of the Disney Parks Monorails that I designed starting in 1959.

Almost until the day of Mac’s passing, we’d get together periodically for mutual design critiques, either at his place or mine. But alas came the day in 1998 that he had returned home from a recent hospitalization. (I had helped him years earlier when he became near-paralyzed at home on a Christmas dawn, needed to get him an ambulance that early in the morning. We joked that I couldn’t find him a classic Henney-Packard ambulance). I visited him an evening a few days later, bringing him some home items, his nurse at his side…then Mac was gone before next day’s dawn. 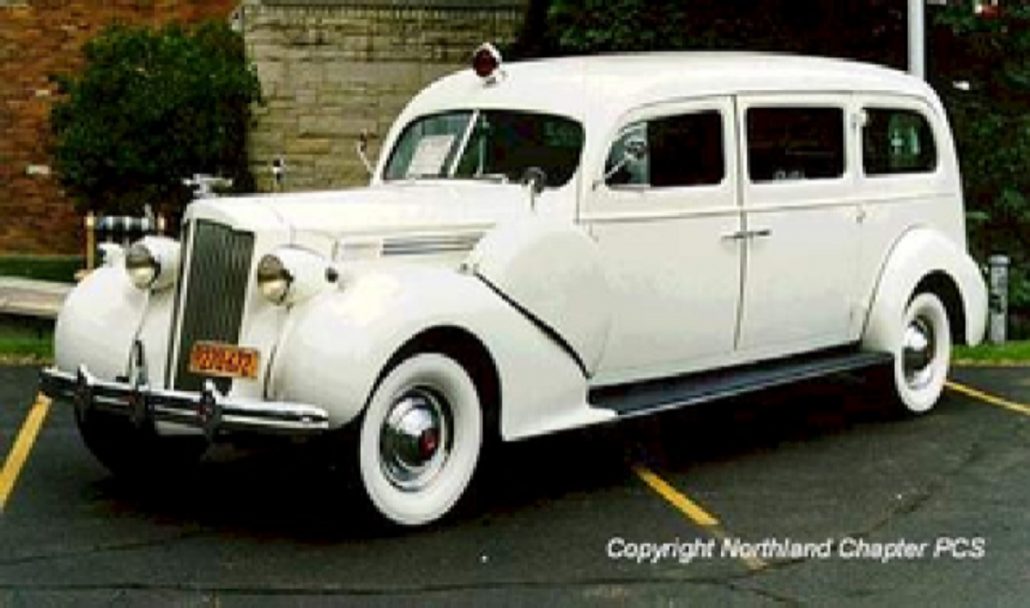 Assisting, along with his closest friends, with all the remaining tasks, his closest relative offered me some of Macs archives. I have dozens of his charming concept sketches. My LeMans archives include his original drawings and his scale model. In addition to the Coupe, he made designs for a street version, the LeMans Special. I also own his inherited Frank Hershey drawings going back to his design work in 1929 at Walter Murphy in Pasadena, where he taught an inquisitive 12-year Strother MacMinn the essence of design integrity. The same essence Mac passed on to me, and which I made sure that my Disneyland designs would benefit from. 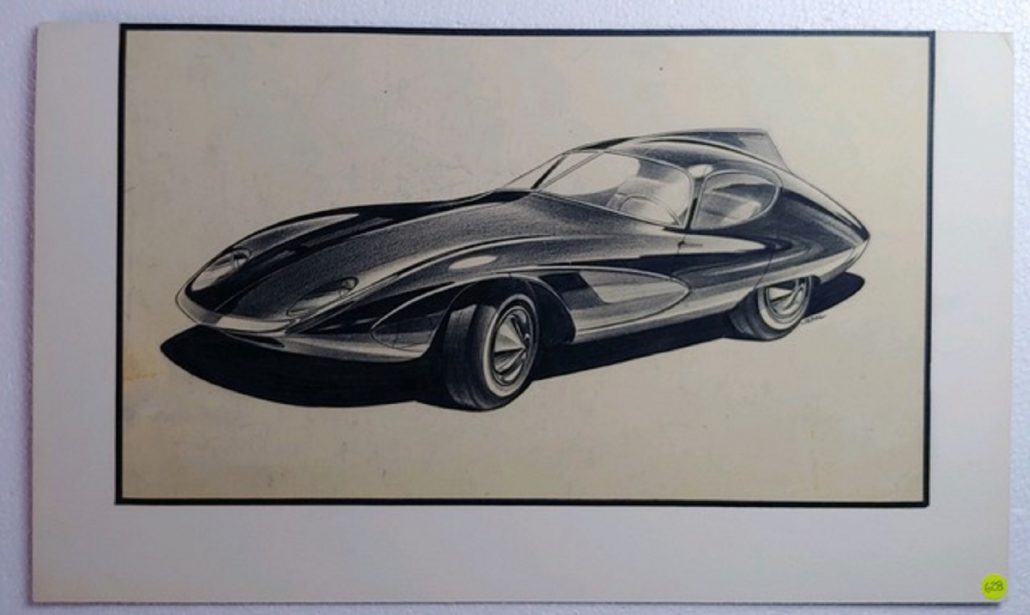