The 1953 Kaiser “Show Dragon”
The Best of the Best 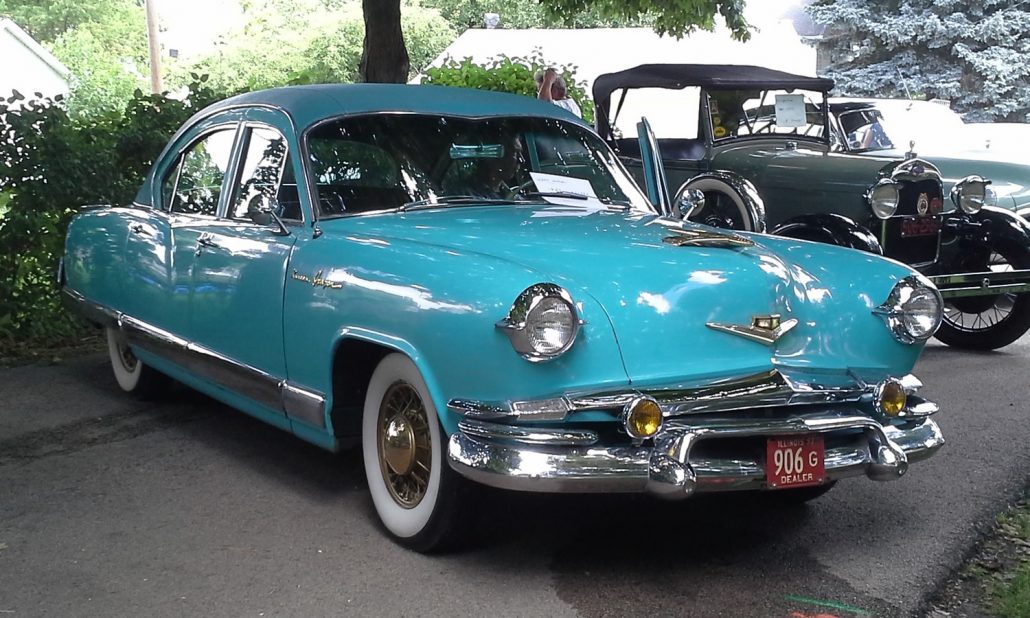 The excerpt below is taken from the 2005 book:
“Built to Better the Best: The Kaiser-Frazer Corporation History”
By Jack Mueller: KF Club Historian

Kaiser-Frazer’s management allowed construction of 6 special edition Dragons for auto show displays.  These cars had gold anodized wire wheels, leather upholstery, and a special turqoise color scheme.  Two of the 6 were sold “off the floor” of the Chicago Auto Show, and another sold at the Minneapolis show.  Designer Brooks Stevens purchased one for his wife, Alice.

One of the remaining two (the pair ended up as pool cars for Kaiser Motors) was sold surplus to an engineer at Toledo, who was transferred to Kenosha, Wisconsin after AMC acquired Kaiser-Jeep. 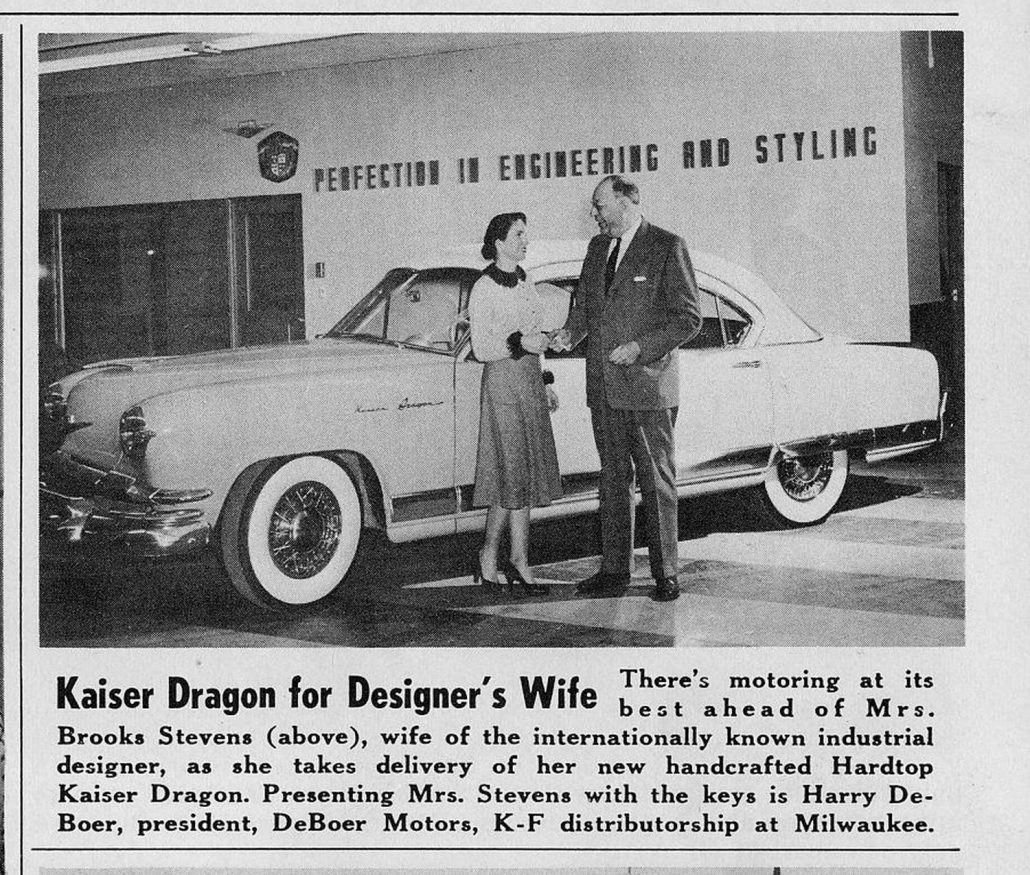 The excerpt below is taken from the Kaiser-Frazer Owner’s Club International (KFOCI) Handbook
(2013; Version 5.0):
By Jack Mueller: KF Club Historian

At the end of 1952 Kaiser-Frazer management authorized spending the money to create a half-dozen specially trimmed and equipped 1953 Dragons for auto shows and other special event displays. These cars were painted in two different colors, Stardust Ivory and Peacock Blue, with light blue Bambu vinyl tops.

Interiors were trimmed in thestandard high-grade leather used on high-end Kaiser and Frazer cars in past model years, as well as in the special show Manhattans of 1952. The cars were equipped with anodized gold wire wheels rather than chrome-plated wires. Otherwise, the vehicles were mechanically equipped as regular Dragons were. These cars were products of the Experimental Engineering department, and a rough guess suggests the cost on each of the cars was around $5,000.

Five of the 6 Show Dragons can be accounted for today. According to stories told within the KFOCI, 3 of the 6 were sold off the floor of the 1953 Chicago Auto Show: this story is supported by the existence of 2 cars from the group in the possession of Chicago area KFOCI members. Another car was acquired by Brooks Stevens for his wife, Alice. 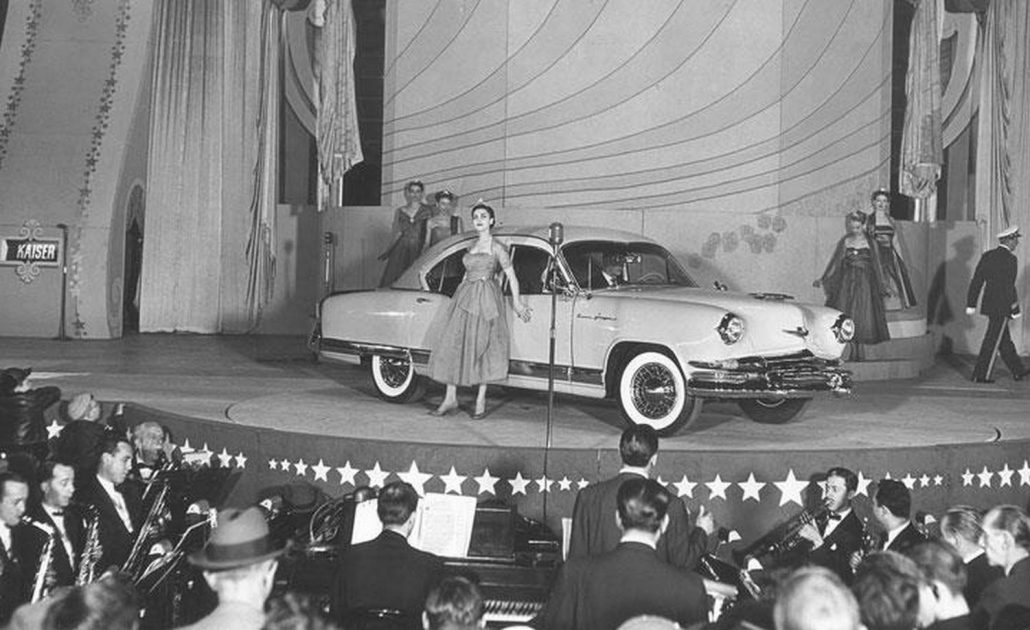 The excerpt below is taken from the 1975 book:
“Kaiser-Frazer: The Last Onslaught on Detroit”
By Richard M. Langworth

A number of show model Dragons were built with yet fancier trim.  Several bore gold anodized wire wheels (chrome wires became optional at $270 on Kaisers in early 1953) with turquoise lacquer and rust-colored Boucle vinyl-padded tops and upholstery.  According to Carleton Spencer, about a dozen of these were produced during April, 1953.