In 1977 author Ray Scroggins wrote to John Bond who had owned Road & Track Magazines in the 1950s and beyond asking for his help in learning more about American Specials.  These were sports cars and boulevard cruisers that were handcrafted by individuals or small companies, and had been a special interest to John Bond during his ownership of Road & Track magazine.

By 1977, Bond had gained a perspective over the years on this piece of American sports car history and penned his thoughts in a handwritten two page letter (shown below) about these years and those cars.  Very early in the letter he identifies some of the best known examples from his thoughts of the era and specifically mentions Paul Omohundro’s Comet in his writing. 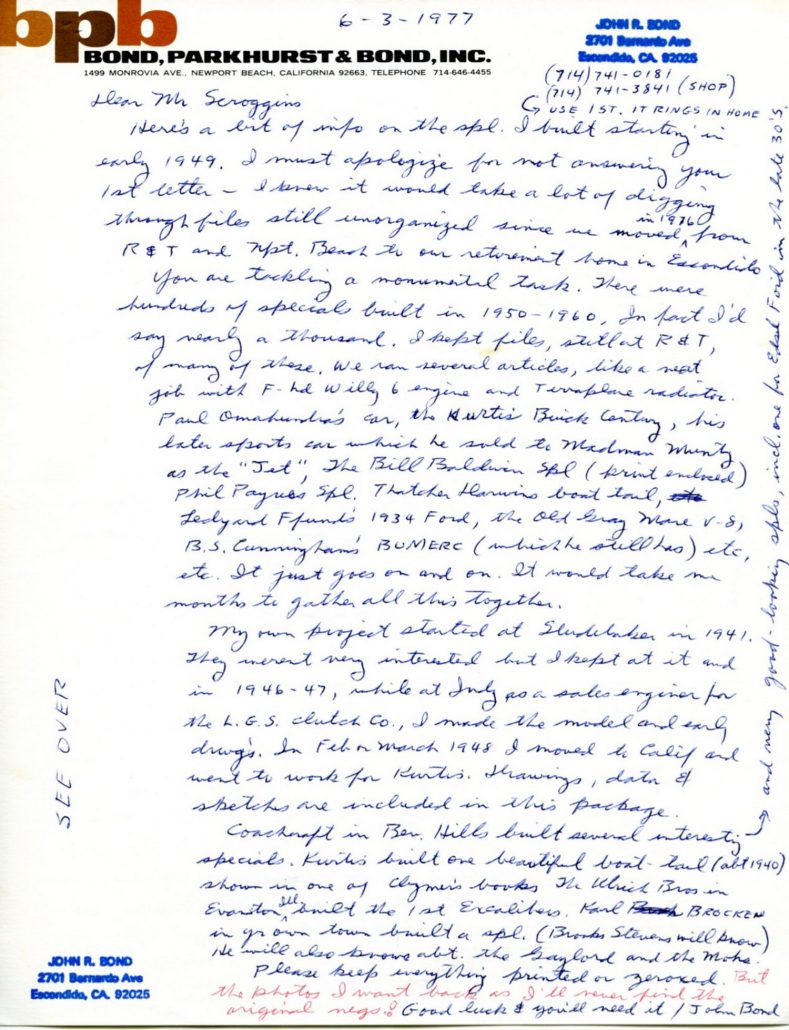 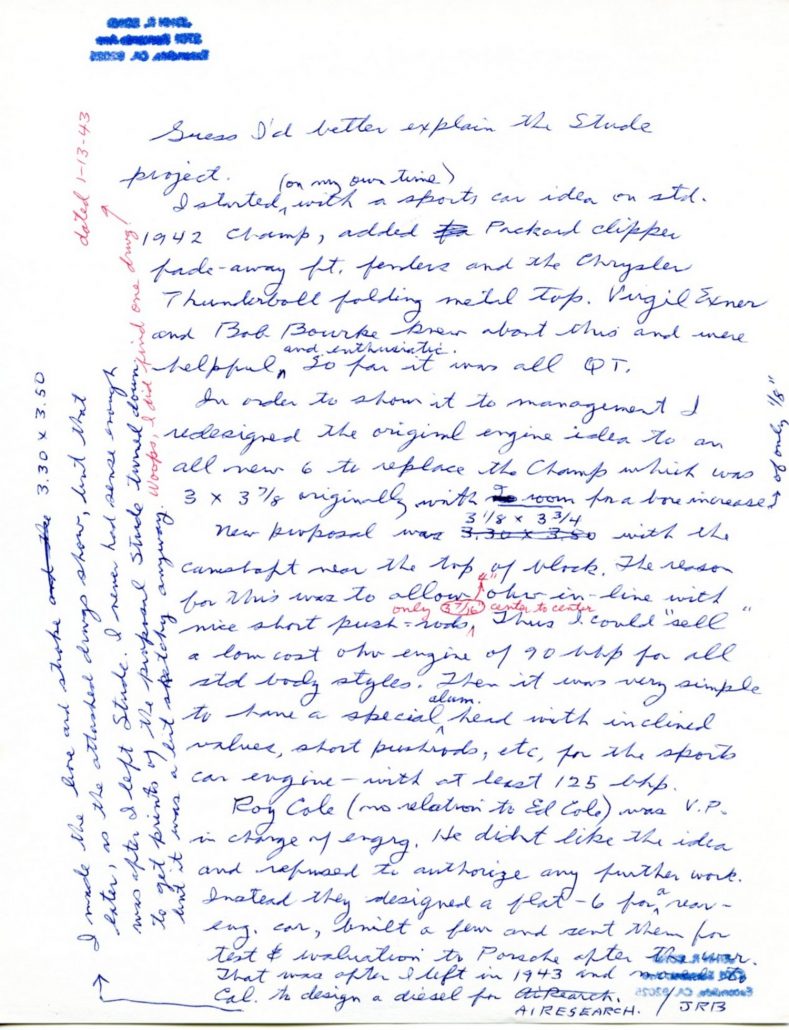