↓
Home Menu ↓
Skip to primary content
Skip to secondary content
1981 Letter From Paul Omohundro to Richard Kelley
(Automotive Historian)
The two-page letter below was sent from Paul Omohundro to Richard Kelley as a response to Richard’s request for more information about the building of both Kurtis-Omohundro Comets. Richard was a frequent contributor to
Special-Interest Autos Magazine and they had published his article, “The Creative Customs of Frank Kurtis”, the year before he wrote this letter to Paul—in 1980.
In personal communication (Geoff Hacker, 2010), Richard relayed that he was following up on the relationship of Frank Kurtis to Paul Omohundro, their business collaborations, and their completed and uncompleted projects. Note Paul Omohundro’s humble comments about his own accomplishments concerning the “build” of both Kurtis-Omohundro Comet sports cars that his “Comet Company” produced. 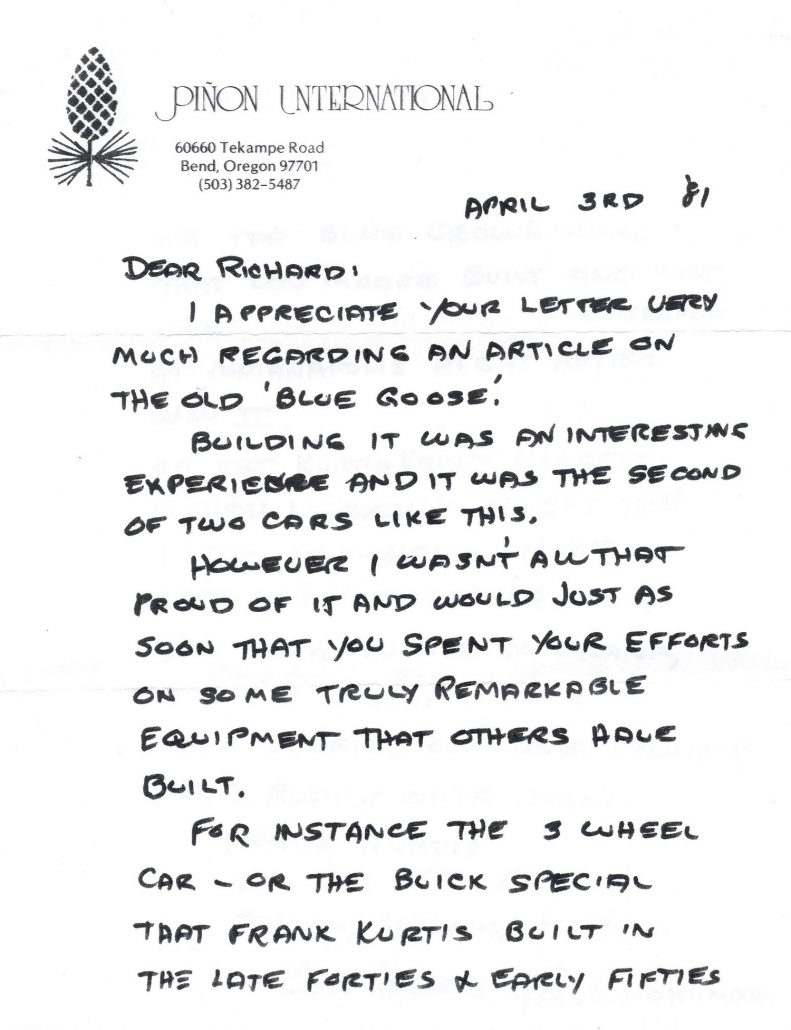 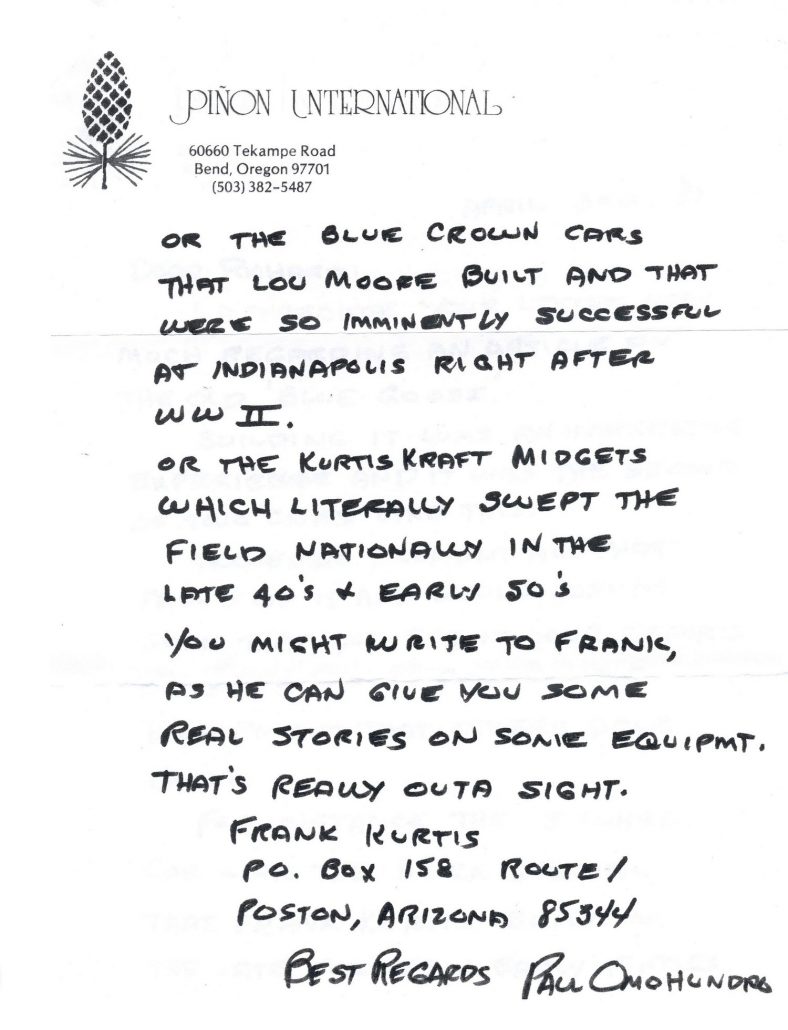