In the letter presented below, Frank Kurt is confirmed to Alex Boeriu that Paul Omohundro’s Comet Company was producing aluminum bodies for the midget race cars that he was selling. He also confirmed that he laid out the design for the Kurtis sports car he built for Bill Hughes in 1940. It was that “Frank Kurtis Design” that was used by Paul Omohundro as the basis for producing both Kurtis-Omohundro Comet sports cars.
Frank Kurtis and Paul Omohundro collaborated one more time (three times in total) in producing the Kurt is Sport Car. In this project, Paul Omohundro’s Comet Company produced fiberglass panels for these cars including front and rear fenders, hood, and deck lid . This was a watershed moment, and marked the first use of fiberglass for a production car in the world. 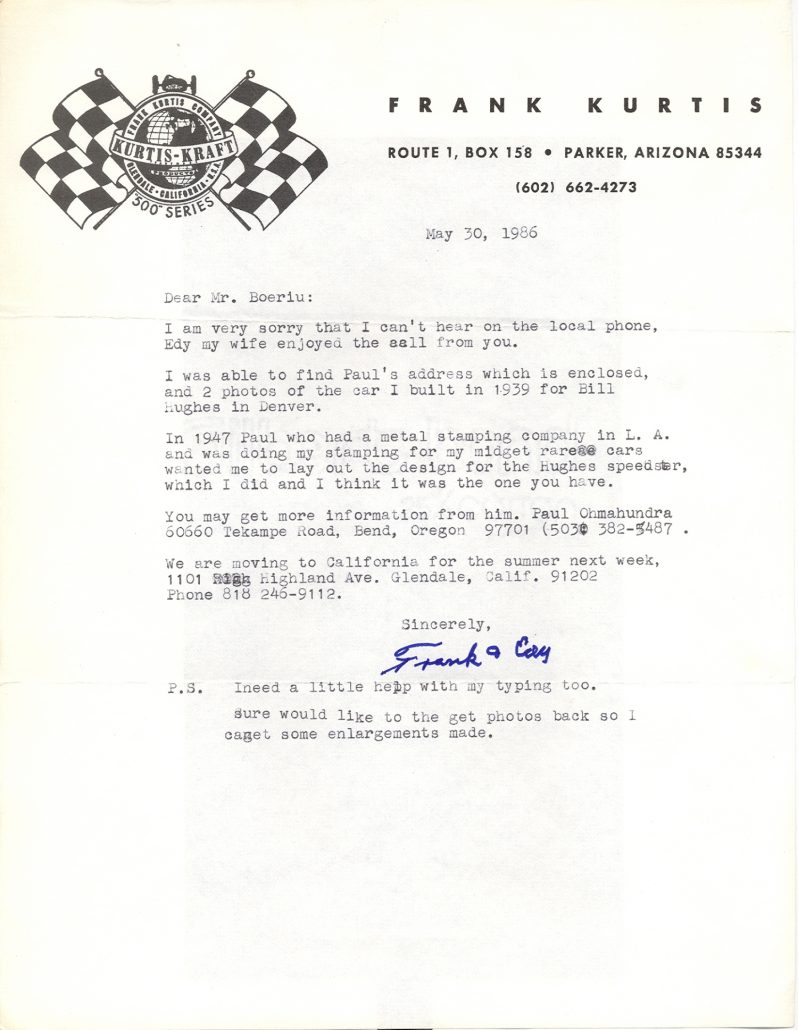 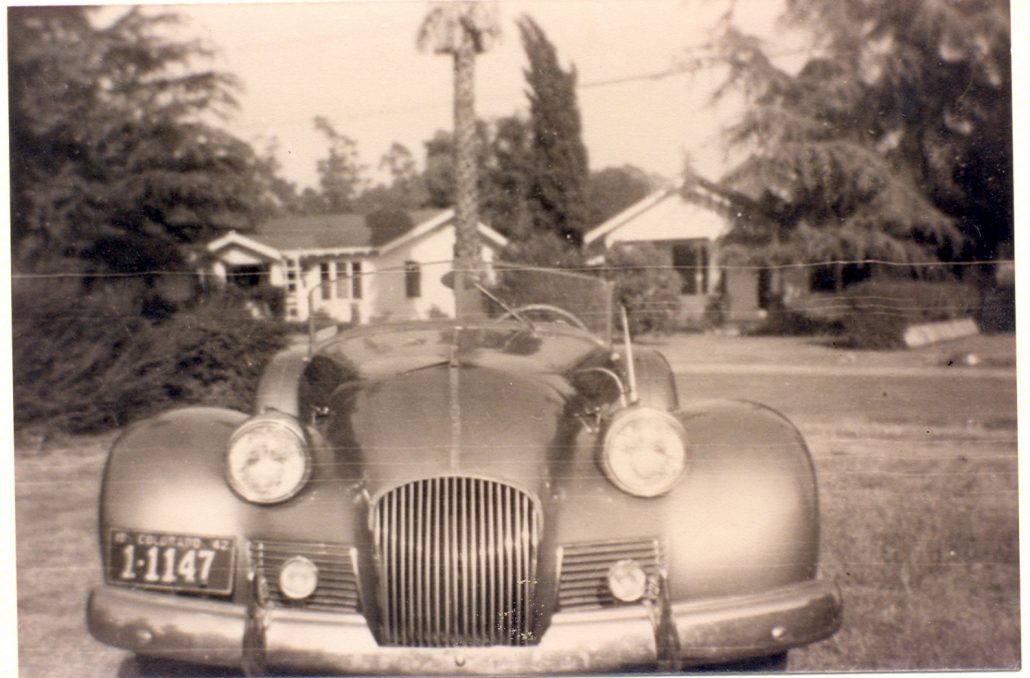 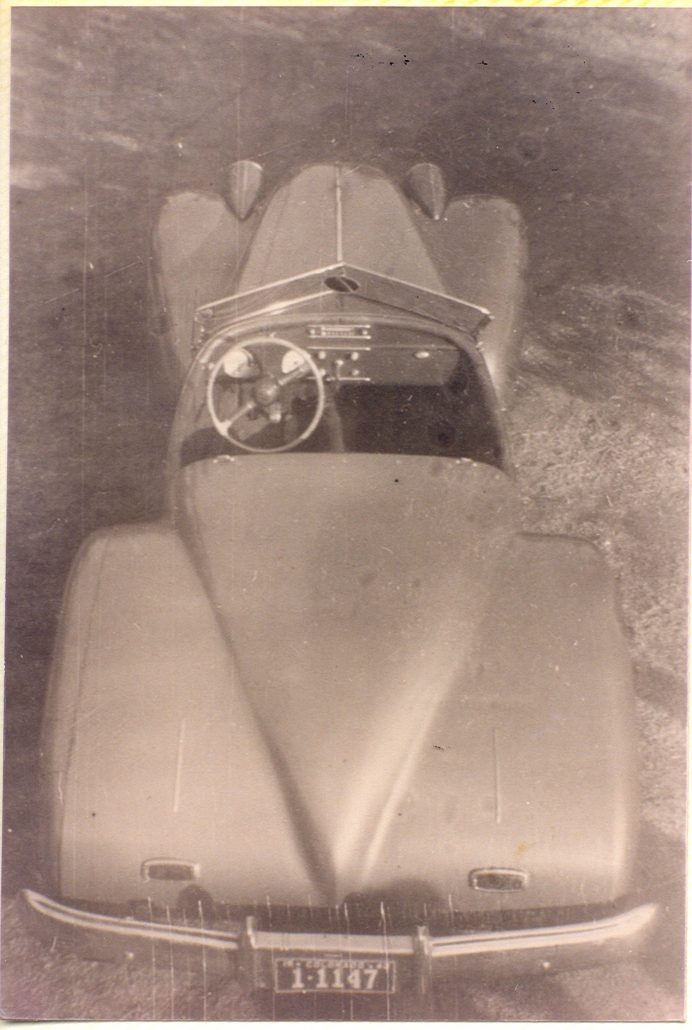 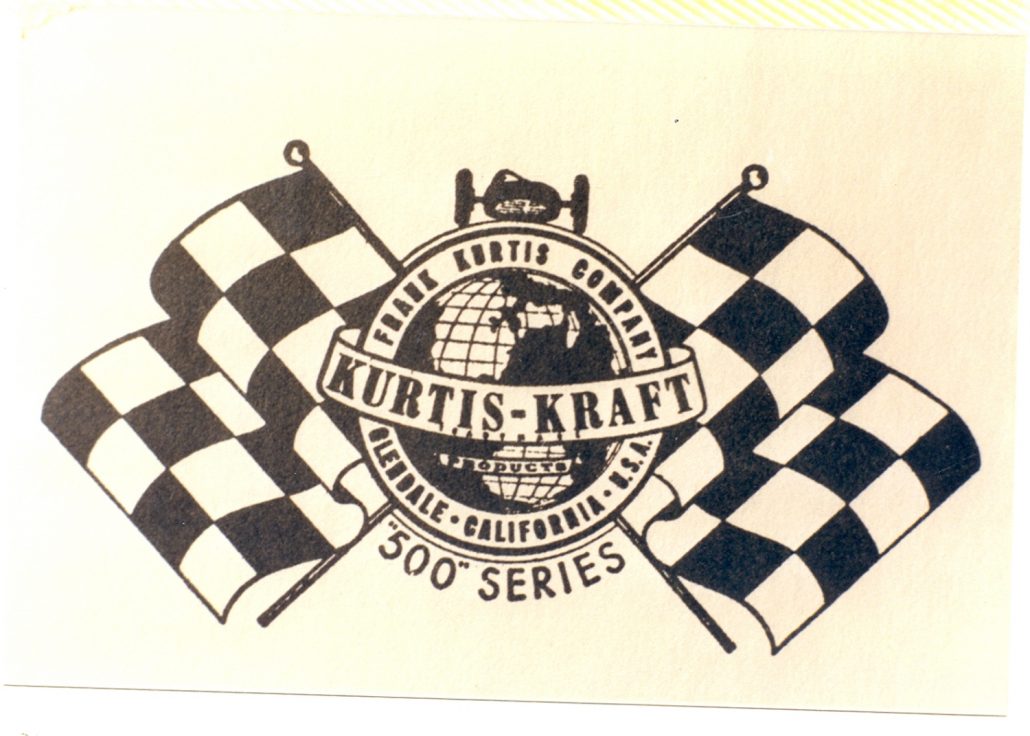