These letters were  exchanged during World War II and before Dan Post published after he published his first “Remodeler’s Manual For Restyling Your Car” mimeograph in the summer 1944.  They are between Dan Post and John L. Elbert 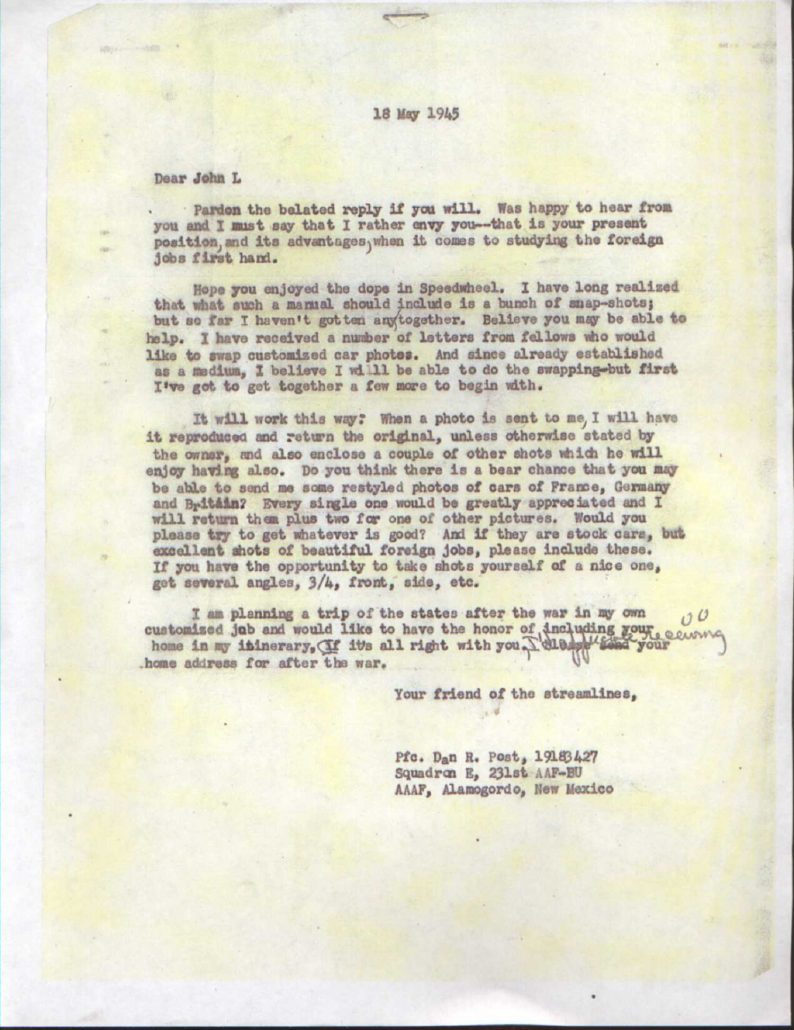 Here in this letter Dan Post is discussing his work with one of his readers of the first Remodeler’s Manual published in 1944.  It’s interesting to note that Dan is already laying the ground work for his first custom car photo album which he would publish two years later in 1947 – the California Custom Car Photo Album.

Dan wrote this letter while he was still enlisted and serving in Alamogordo, New Mexico.  I also find interesting that he is asking for restyled cars of Europe that John might find – something that really wasn’t happening there in the 40s and never did take off in the 50s.  In 1945 they were just beginning to rebuild and new designs would be forthcoming – few restyled cars in Europe would ever be built. 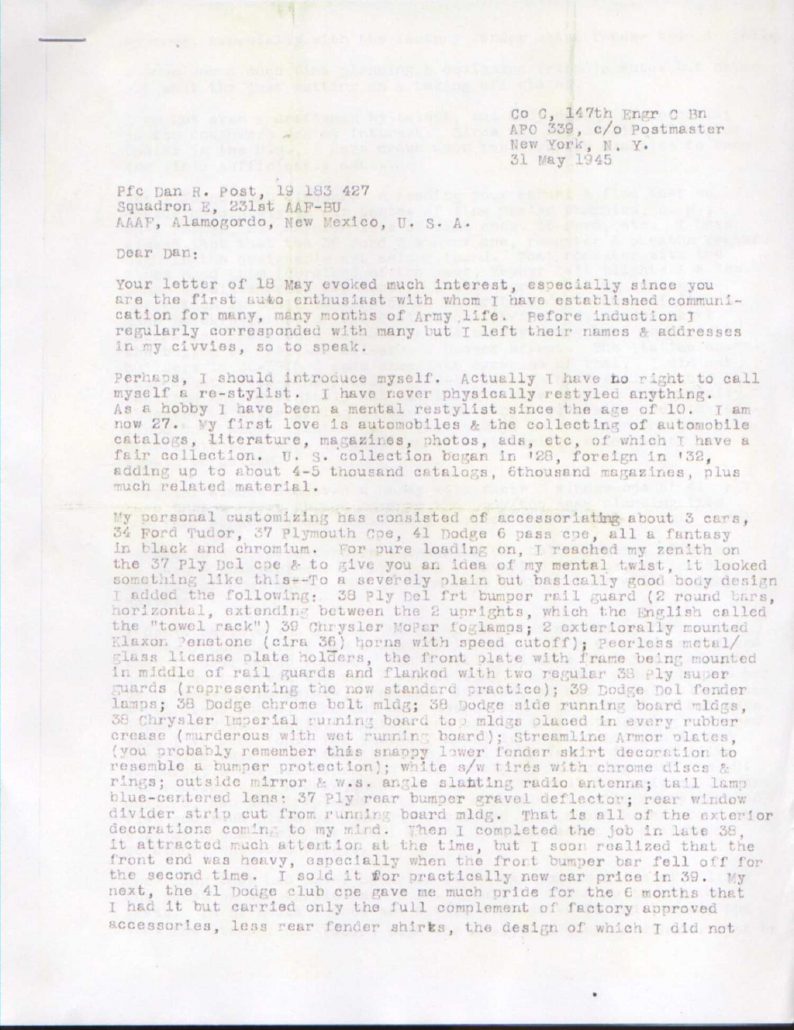 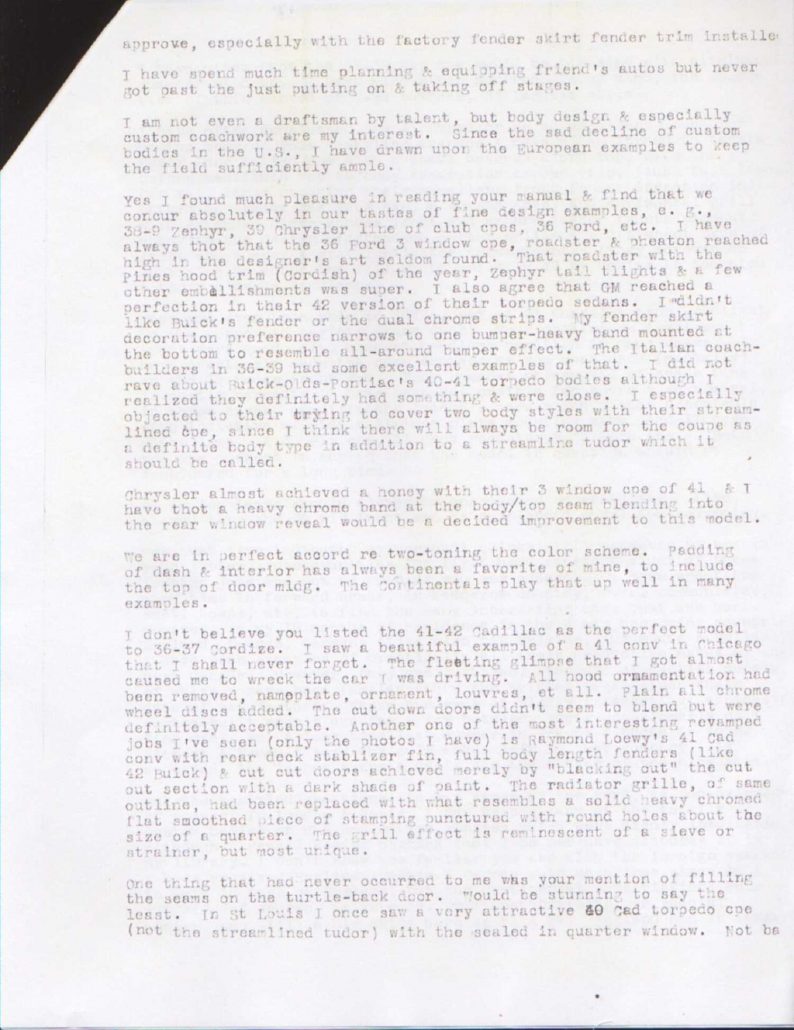 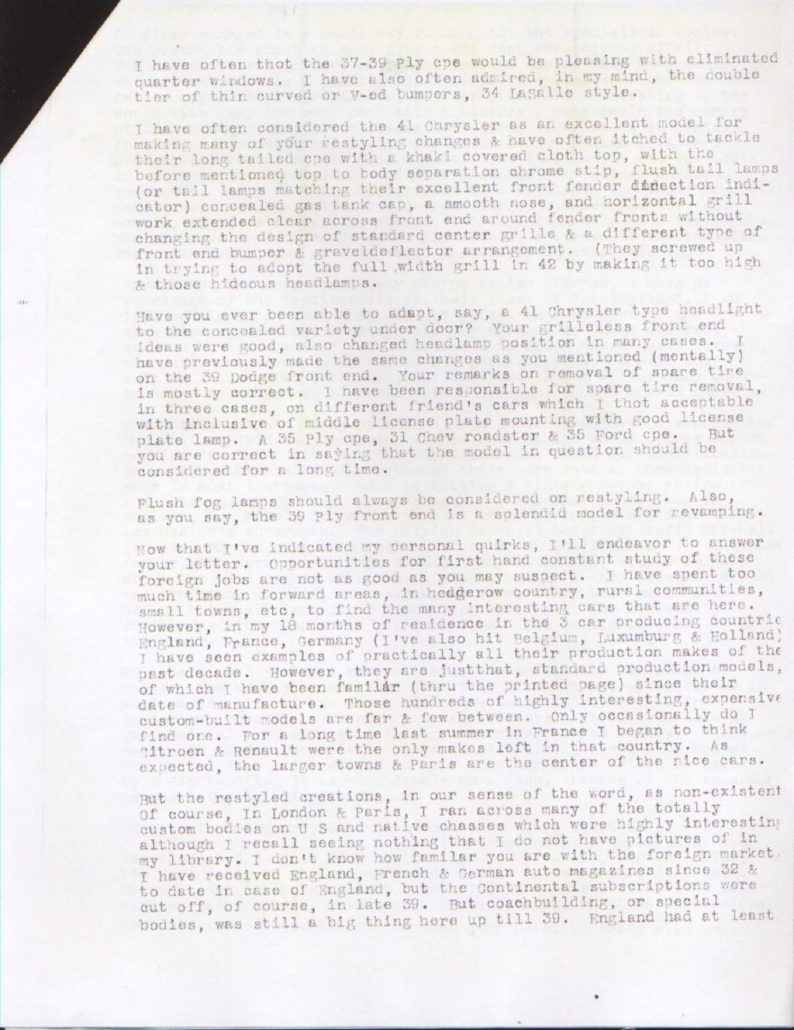 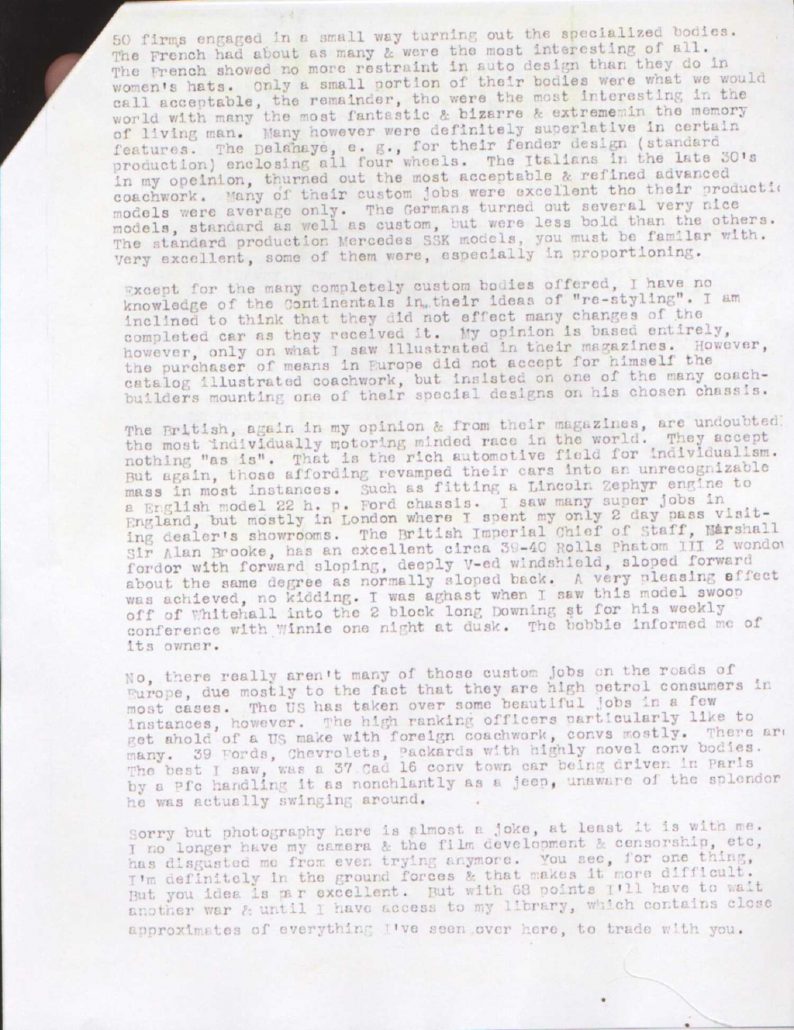 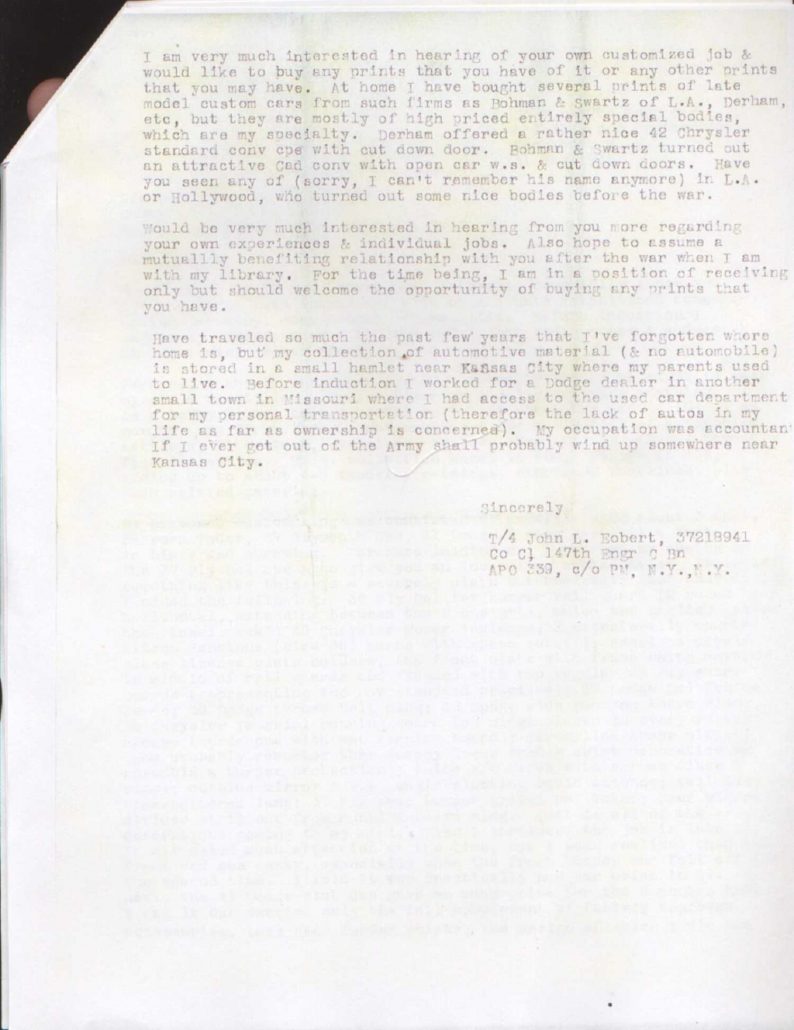 The writer of this letter, John L. Elbert (mis-spelled last name in letter above) was born in 1918 and was a collector of automobile literature and cars at such an early time in 1945.  He details that he began collecting literature in 1928 when he was about 10 and foreign cars in 1932.  What a great “car guy” this would have been exciting to meet.

In addition, without photos, he talks in detail about what he would like to do.  John’s visualization skills must have been top-notch, and I wonder what he did after World War II ended.  John and Dan later went on to become great friends and John authored the first postwar book on Duesenburg for Dan Post in 1951.

To be a fly on the wall in 1945 knowing the history these two would watch in postwar America while simultaneously writing about the history of the prewar classic cars.  Dan Post, along with Bob Gurr, Strother Macminn, Marcia Campbell, George and Sam Barris and so many other people created the following postwar era – in design, writing and more.