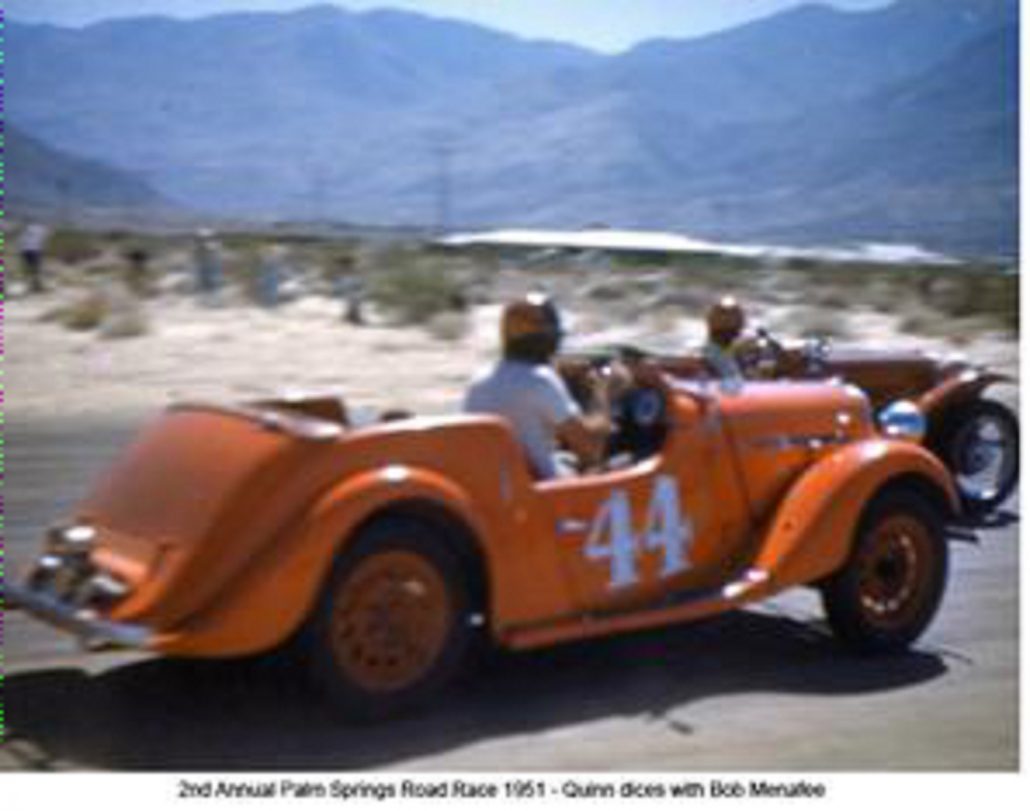 Not surprisingly, the majority of those racing sports cars in Southern California were people involved in some aspect of the car business at the time. Dick van Laanen was a salesman for Vaughan Singer Motors. Bill Kerrigan was a machinist. The Milne brothers sold motorcycles and Singers. Lammy Lamoreaux had a Singer dealership and Earl Gandel was an ad man for John Von Neuman’s Porsche business. The list goes on.

So too was Bill Quinn. Bill was one of the earliest enthusiasts to get behind the wheel of a Singer on the SOCAL sports car racing circuit. He was there for Singer’s break into the sport at Palm Springs in April 1951. There were none of the Porsches, OSCA’s or Simca Specials that would ultimately dominate the sport within the next two years. It really was sports car racing in its purest form, with Quinn running a bone stock 1074cc 4A Roadster, competing in a field of about ten cars, at least seven of them being MG’s.  The MG’s had a slight displacement advantage, although Quinn’s Singer was considerably lighter. 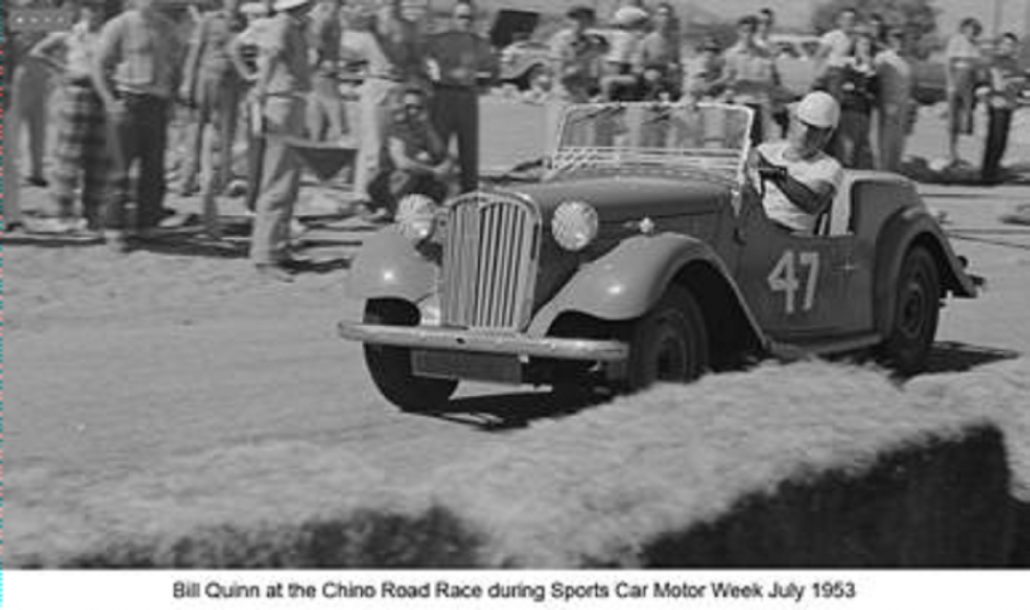 By all accounts, the race was an exciting one, with Quinn competing for 2nd place with Bob Menafee in an MG TC during much of the 10-lap 25-mile event. While he ultimately placed only 4th, his performance started a fierce rivalry between the two marques for future races.

In the Autumn of 1951, Quinn took part in the 3rd Palm Springs Road Race where he and Kerrigan gave Singer its first big win at a major national event. Kerrigan and Quinn took 1st and 3rd respectively, with 2nd going to his previous sparring partner Bob Menafee in an MG TD.

Off the track, Bill was an Ad Manager for Road and Track and was witness to the growth of both the Sports Car racing trend and the movement towards hot rod and custom cars. To capture interest in the latter, Hop Up Magazine was developed by staffers within the offices of Road & Track. As the hot rod and custom movement was growing rapidly, some staffers of Road & Track felt it was time to add some stories on local cars and happenings, and not just foreign cars. Publisher Oliver Billingsley agreed, but demanded that they should do it as a separate issue, printed as a half size magazine measuring 5.5 x 8.0 inches. The newly born magazine would only have 48 pages including the cover, and with content prepared by the Road & Track staff in their spare time to minimize expenses 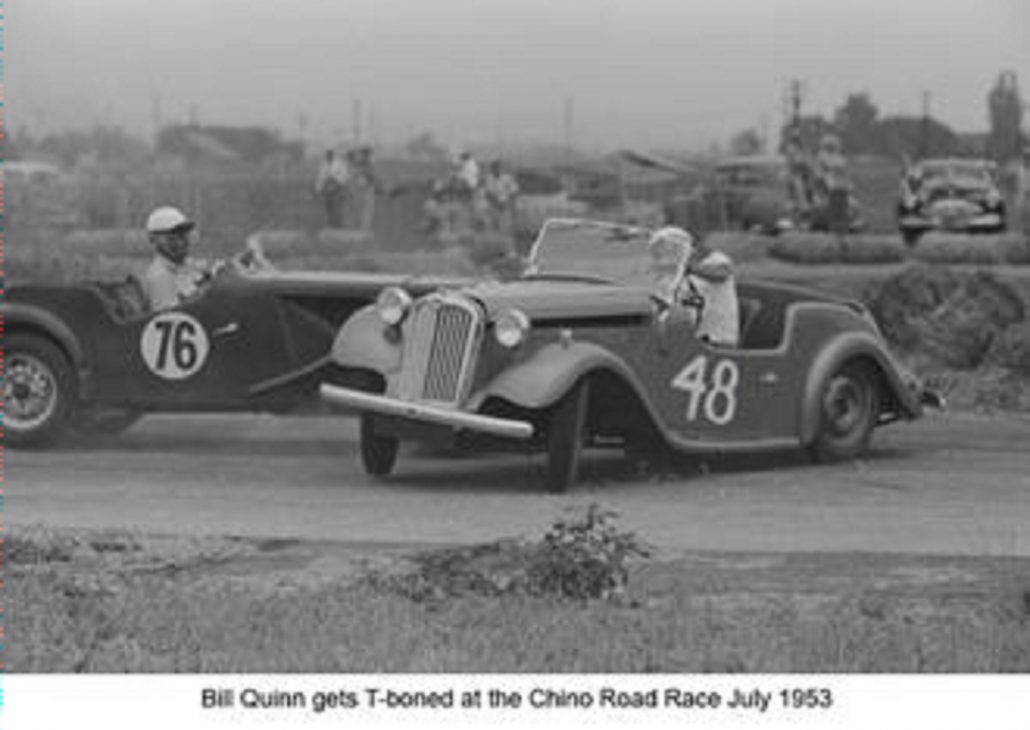 In 1952, Bill Quinn traded his shares in Road & Track for the Hop-Up title, and he left with staff to form Quinn Publishing Company in Los Angeles, California.  Although under Quinn the Hop-Up title was successful, he really wanted to compete with Motor Trend.  So in June, 1953 Hop-Up was co-titled as “Hop-Up and Motor Life“.  The content began shifting to new cars, and the March, 1954 issue was the last one with this co-titling.  The name Hop-Up was dropped completely and the magazine continued as Motor Life.

As an aside, something had always puzzled me about the quality of photos that I was able to find showing Bill Quinn in his Singer. They were usually very high resolution and professionally shot – head and shoulders above everyone else’s. Obviously this was one of the benefits of being a staff member of a major magazine publisher.