The panorama is from the Santa Barbara 1955 race, which saw a number of Singer entries, including Dick van Laanen (this is the race in which he crashed the Special).  Singer entries included :

The first two Singers on the grid appear to be those of Leon Miller and Jim Crow. The one further back with the white wall tires is probably Bill Dredge’s. John Martin’s car is in the pit area to the far right in the panorama and Ruth Street’s car is parked beside it. There is a pick up truck parked in front of them.

There is an unidentified Singer to the far left in the Pit area just above the front corner of the Hanger. There is a man standing behind it. The windshield is present, so I suspect it was not part of the race. Van Laanen’s car is not present. Possibly it was already crashed or just elsewhere out of sight. 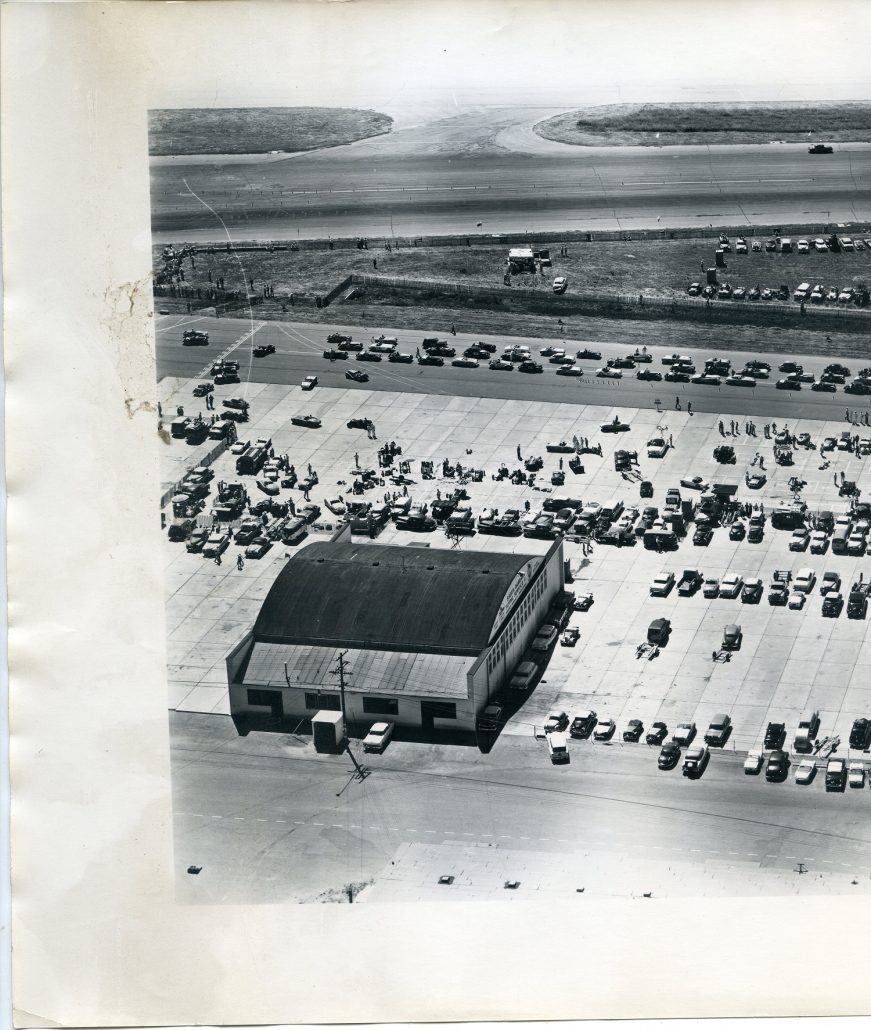 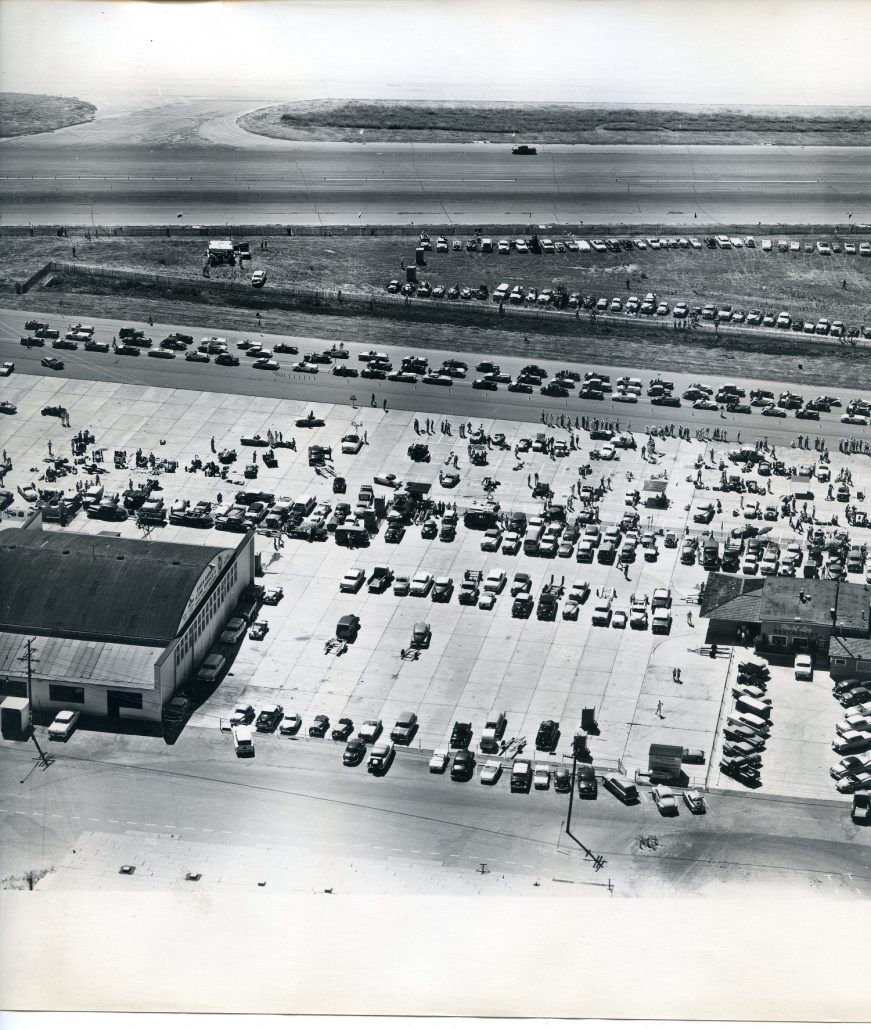 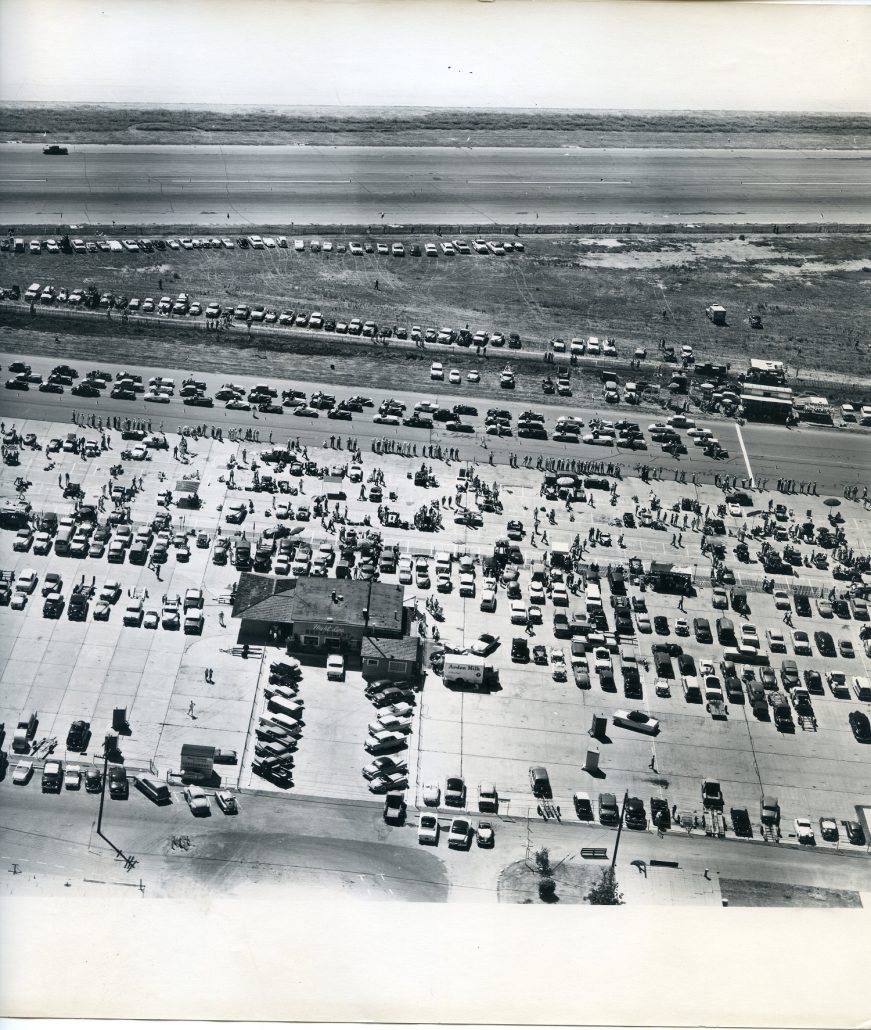 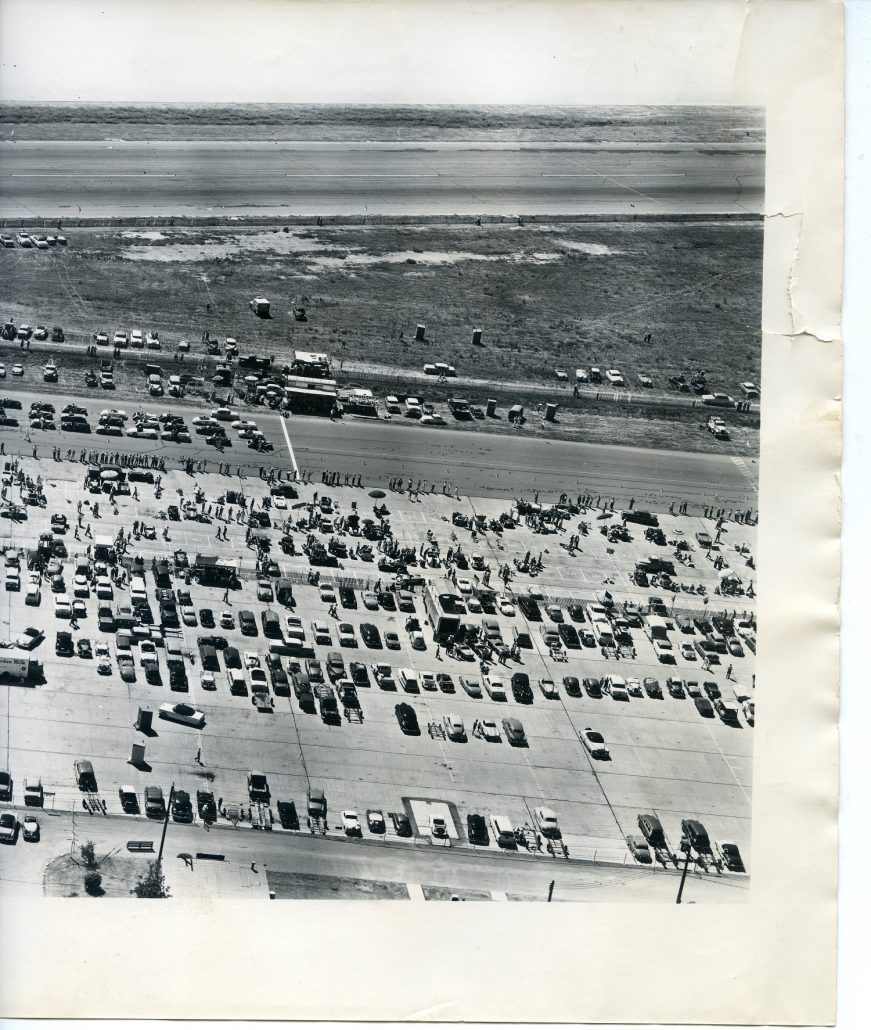 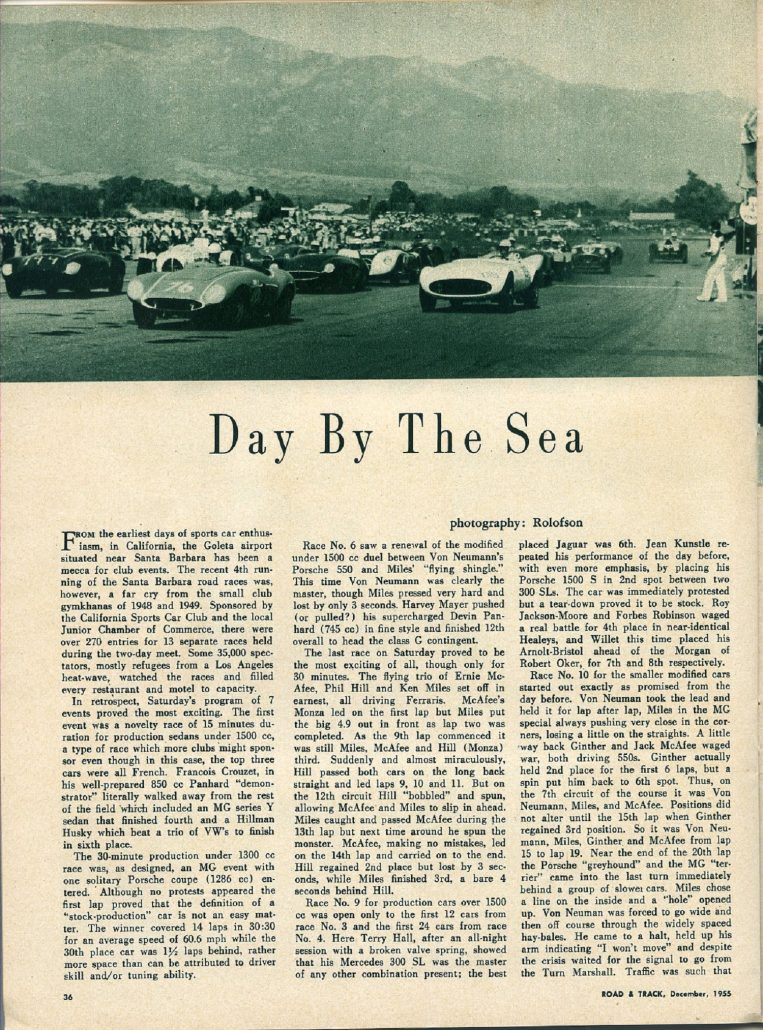 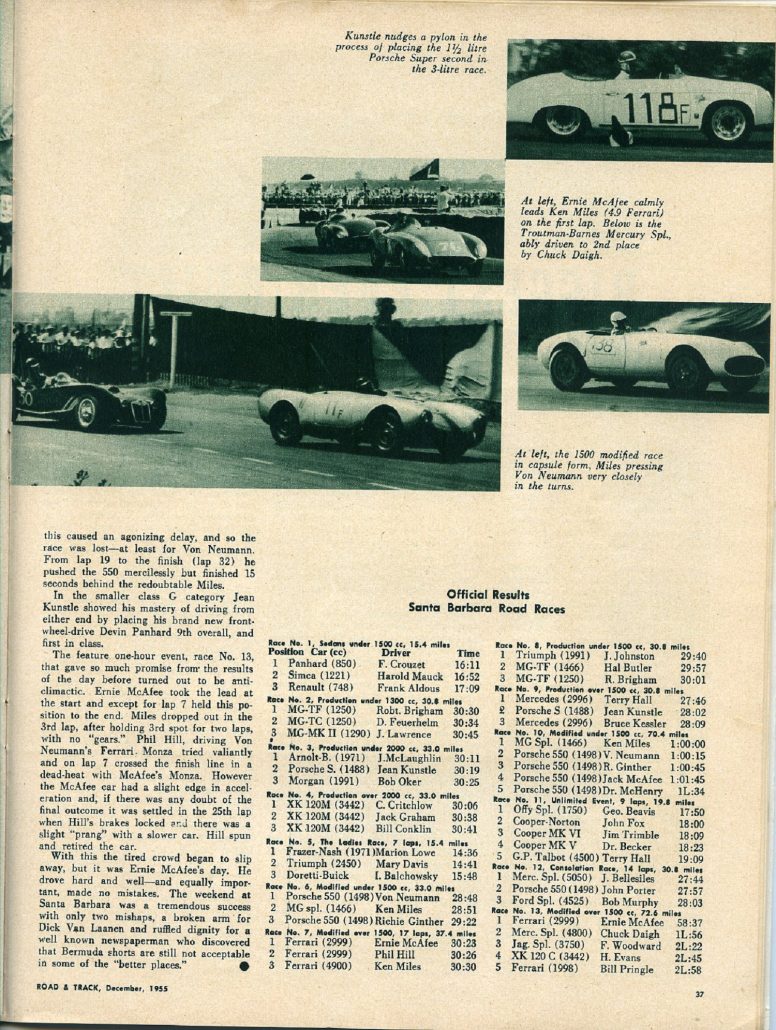