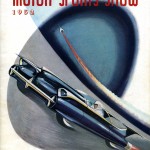 We’ve talked about Strother MacMinn, Alexis de Sakhnoffsky, Hugh Jorgensen, and other designers.  Now let’s talk about Richard Arbib.  He designed the most fantastic concept car ideas I’ve seen, and even one of his futuristic designs was built – just not in fiberglass.  More about that later.

Richard Arbib’s name has popped into my research into car design consistently.  The first time I heard it was in connection with the school of auto design that he was running for Harley Earl at GM.  I was in the process of tracking down the history of auto design schools in America, and was lucky to run into Elia “Russ” Russinoff of Detroit, Michigan.  He was a retired auto designer who had some neat information to share with me.

It seems that there were very few schools of auto design in the postwar era.  The Art Center in Los Angeles, California was present, and perhaps a few others, but the young men in postwar America were ready to go.  I’m sure they wanted to design cars of the future – now – and Harley Earl was going to help them in every way.

Immediately in the postwar years, GM started running small ads for the “Detroit Institute of Automobile Styling.”  This was a correspondence course on automotive design, and the most promising of students in the course were invited to Detroit for interviews to become full-fledged employees.

Good friend Gary Smith of Dean’s Garage ran a piece on the “Detroit Institute of Automobile Styling” recently.  Click here to review the article and be sure to read the comments at the bottom of the story too.  Gary even has setup a download of the scanned book from Russinoff I sent to him (way to go Gary!!!). 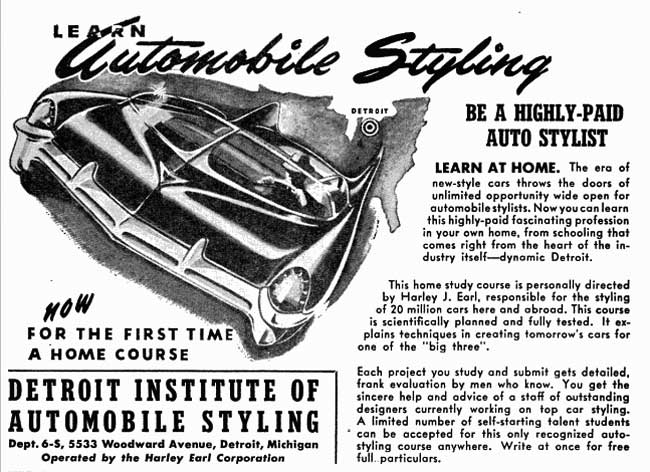 Richard Arbib’s Design Was Also Shown in the Advertising For The School and Their Booklets Too!

Not a bad idea man, that Harley Earl was.  And Richard Arbib was there too – and it was his handiwork on the stationary of the correspondence course materials that every student used.  And Arbib ran the school for Earl too.    See the page below.  But it didn’t stop there. 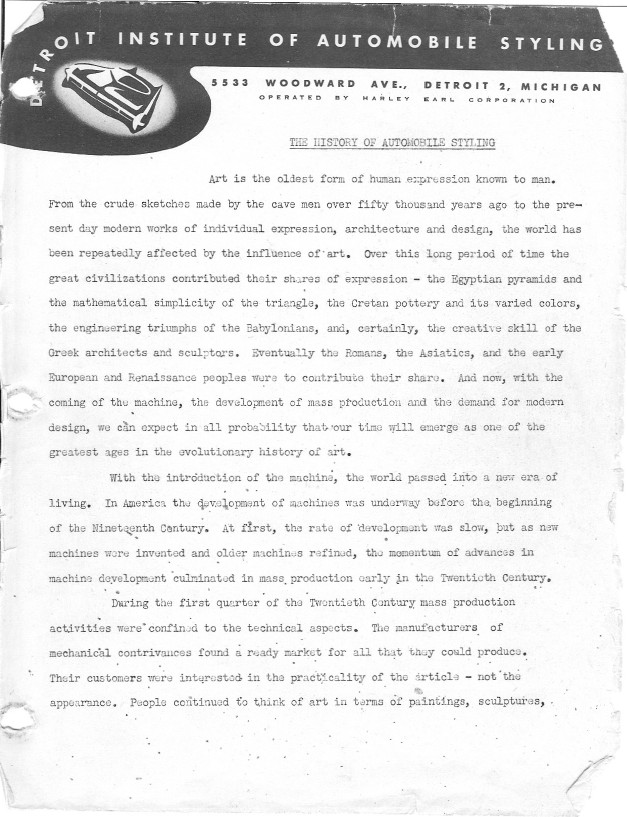 All of you know how I love dream cars – heck there’s nothing special about that.  All of you love ‘em too.  And Richard Arbib’s work was over the top.  He designed the fastest looking, jet plane styled, spaceship influenced, low-to-the-ground futuristic cars I had ever seen.   But he was also a competent and schooled designer too.

Those of you who are Packard enthusiasts know of Arbib’s work as the designer of the Packard Pan-American sports convertible introduced in 1952.  This was an all-metal car that was designed as a large but low grand American Boulevard Sports Car.  Similar to what would be introduced by GM in the 1953 production line including the Cadillac Eldorado, Buick Skylark, and Olsmobile Fiesta. 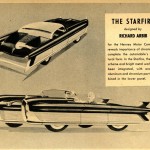 So…it was exciting to come across a story by Arbib that was about… “Ricahrd Arbib.”  It appeared in the the 1952 International Motor Sports Show program – that was owned and being promoted by Herb Shriner.  Quite a show at the time in every way, and it opened to international acclaim.

Arbib wrote the article about himself in “third-person” narrative.  It makes for interesting reading.  Let’s take a look at what he had to say.

Dream cars and cars of the future have been shown to the public before.  For the first time publicly anywhere, the Packard Pan-American sports convertible is being shown at the International Motor Sports Show.  This is the first car of its type actually available to the American public on a limited production schedule.

This dream-car-come-true, embodying the low, sleek lines of Continental styling, is mounted on a standard American chassis which can be serviced anywhere throughout the country.  The uppermost question in the mind of anyone who views this free-flowing design must be, “How did this car come about?”  Primarily interested in an automobile which a select group of sportsmen and car buyers who demand something exclusive that is still within the realm of good taste, Packard combined with Henney Motor Company, custom body builders for nearly a century, to produce the prototype featured at this show.

As styling consultant to Henney, Richard Arbib, whose creative works have won him international renown within automotive circles, first set up the basic specifications for the styling solution represented by this car.  Realizing that custom car tastes impose a limitation on decorative trim, the sculptural beauty of the Packard sports car was emphasized by reducing the height and simplifying all trim parts so that a minimum of chromium was necessary.

Such chrome parts as have been included represent a feeling of luxury without overplaying their role.  The Henney Company, custom body builders to the President of the United States, have finished the car with the ultimate in craftsmanship in terms of finish, genuine leather accoutrements, and infinite attention to detail.

The man responsible for the birth of the idea that grew into the new Packard graduated from Pratt Institute, School of Industrial Design, and completed a one year course in automobile styling at General Motors Corporation.  He worked for three years with the General Motors Styling Section in Detroit, during which time he covered the entire General Motors line, with particular attention to special, advance projects. 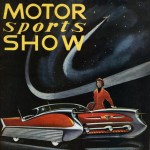 Also, while there, he directed a special projects studio for one year prior to World War II which employed a staff of six designers.  He worked for three and a half years with Republic Aviation Corporation at Farmingdale, Long Island, employed as an armament specialist in the engineering department.

He received heavy background in all phases of engineering and rafting while there.  Mr. Arbib was then appointed project engineer in charge of Robot Bomb design with 12 engineers under his direction.  This project lasted for a two year period.

At the end of World War II, he returned to product styling, and worked for three and a half years with a major design studio in Detroit.  While at this studio, Mr. Arbib directed a staff of ten designers and had complete charge of projects and model making on such items as Argus cameras, United States Rubber Tires, Union Pacific Train interiors, Benrus Watches, Evans Heaters, and so forth.

It appears that only one Pan American car was built, and that was the showcar that debuted at the International Motor Sports Show in 1952.  Exciting and heady times gang!  Those of you wishing to learn more about the Packard Pan American, click here.

My favorite car of Arbib’s that was actually designed is the “Astra-Gnome” which was based on a Nash Metropolitan in 1956.  More about that car in a future story.  I’ll have more to share about Richard Arbib and his futuristic designs “in the future.”  Maybe we should talk about Radebaugh too???  That’s for an entirely different day 🙂 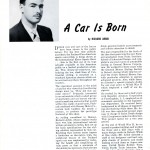 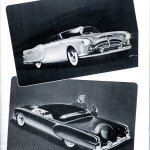 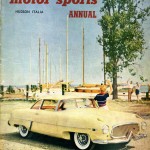 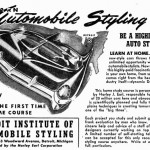 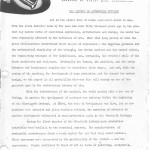 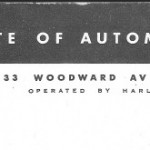 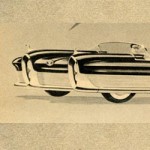