Back in April, 2012 when I heard from Bob Walters and the history of his Meteor SR-1 he called “La Bomba” I was thrilled.  Hooking up with first-person history is essential to establishing the heritage and provenance of each and every car and marque on our site, and it’s through conversations like the ones I had with Bob that can help all car enthusiasts appreciate the cars we love for all the wonderful history that they have.

During our conversations (we had more than one) it turned out that Bob had bought his Meteor directly from Dick Jones – and it was Dick’s personal car which meant it was Meteor #1.  What a great car to have bought – a factory car and one that where everything was done exactly right – just like Dick wanted.

But enough about the intro….let’s kick off this story with Bob’s letter to me back in the summer of 2012. 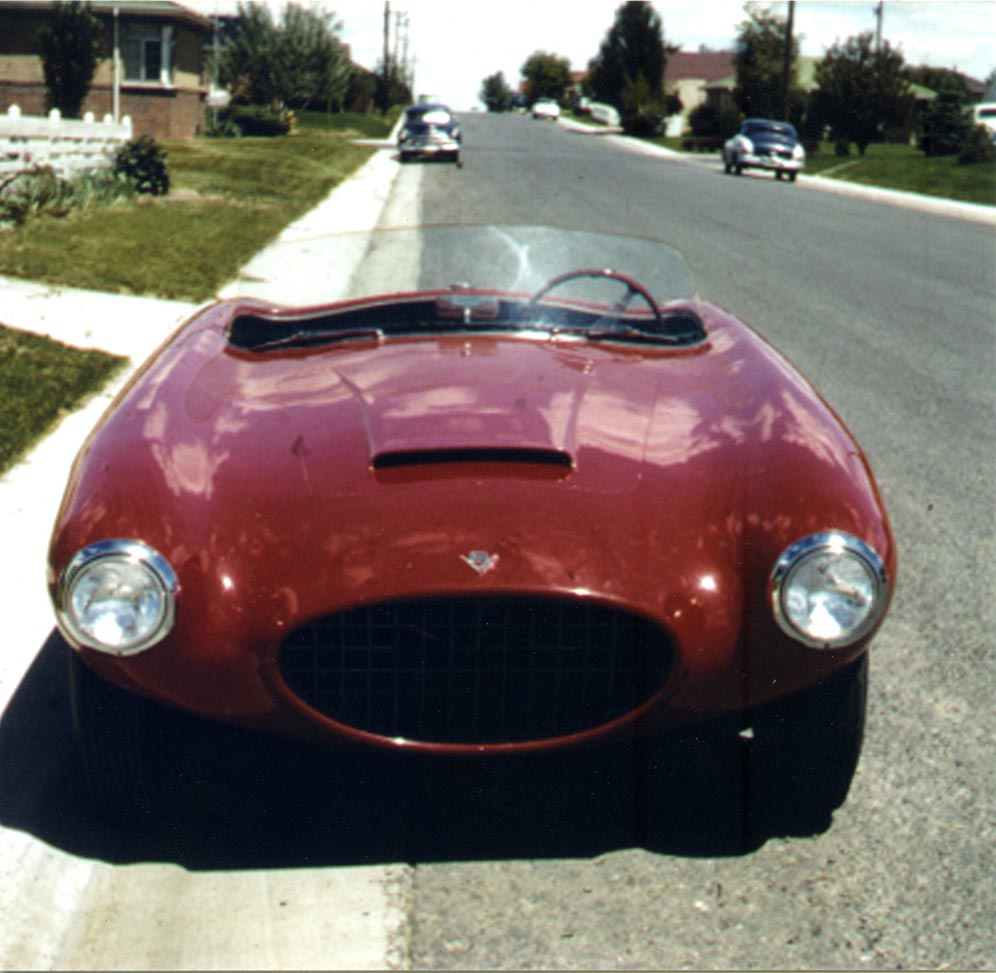 I have been digging around for several weeks and finally have found a few items that may be of interest to you.  The enclosed photos of what I called, “La Bomba.”  The photos came out very well and I am sorry I could not find more.

Also you will find a paper copy of an award regarding a hill climb in Golden, Colorado which indicates a second place for “Bob Walters.”  Actually, Dick Jones drove the car & took second place!  Dick gave them my name, but he drove the car!!!  This was in 1956 and was called the “Buffalo Bill Mountain Climb.”  Keep in mind that this was 56 years ago and I’m now 85 years old! 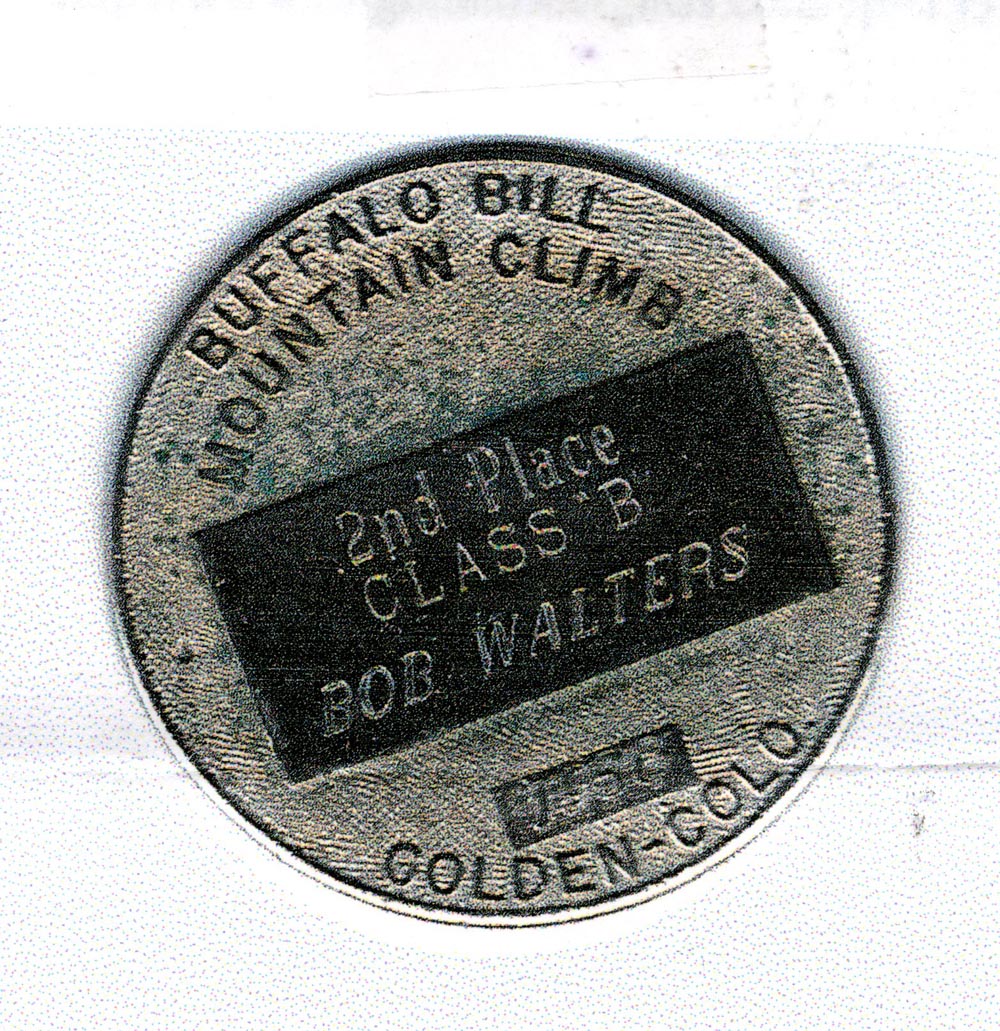 I know that Dick thought I was “nuts” as I did an engine swap as I wanted more horsepower.  I actually found a big V8 out of an Oldsmobile and it was more responsive but really sounded great with a special exhaust system.  I remember Dick’s wife Bev and as I recall they had three children – two girls and a boy.

The photos enclosed show the Meteor in front of our first home at 2400 Newport Street, Denver, Colorado.  I paid $12,000 for this brick two bedroom home on a corner lot.  Very nice neighborhood and we raised our five children there.  I got on google a few months ago and the house just sold for $200,000!!!

This just about wraps things up for now, but if by chance I find anything of interest I will send it on.  Good luck on your book.

After receiving the letter, I spent additional time interviewing Bob.  Here’s some more information that I learned:

Bob first learned about Dick Jones and the cars he was building when he saw an article in a local Colorado paper or when he saw it at a race near Colorado Springs when he lived near Denver – it was one or the other.  From the first time he saw the Meteor, he immediately admired the design and workmanship, and was amazed that a car of that beauty could be built from scratch – a hand-built car and not a production car.

Bob bought Dick’s Meteor in 1955/1956 when he was about 25 years old.  He made a few changes including installing a bigger engine from an Olds 88 and replaced the transmission.  He kept the torque tube driveshaft and radiator.  Bob thought he would have to do suspension work because the engine was heavier than the original Ford flathead, but it turned out not to be the case – he left the suspension alone.

He owned car for about 3 years, and sold it because he was moving from Denver, Colorado to Lincoln, Nebraska.  He never raced the Meteor or took it to car shows or drove it outside the Denver area.  Bob used it solely as a pleasure car.   It did not have a hardtop.  He told me several times, “ I just loved to look at the car – it was simply beautiful.”

After Bob sold the car, he learned it was in a bad accident.  His best friend, Fritz Gassman, had an auto body shop in Denver and Fritz knew about the accident, but Bob never learned if the car was totaled or not – so it may still be out there. 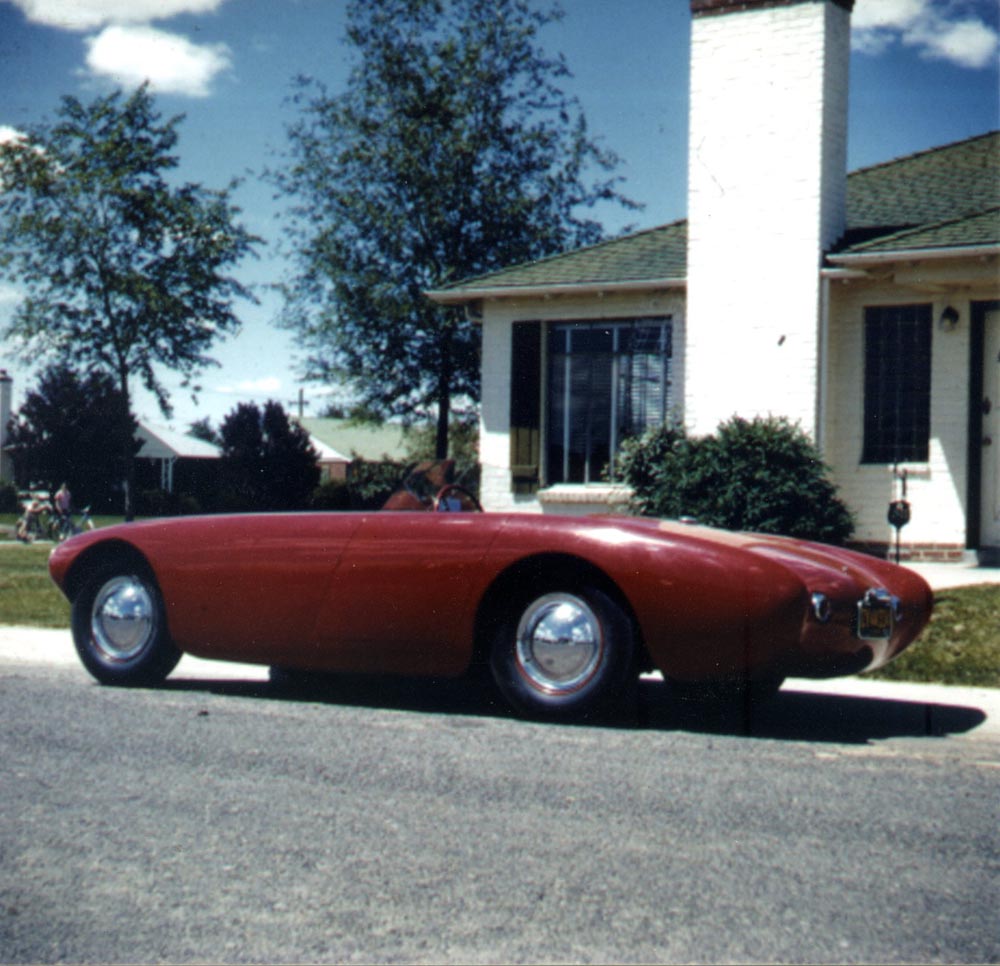 More than one special back in the day was in an accident and was brought back to life without a scratch showing on the body, so it may be so.  Recently, we found the Meteor built by Dick Jones brother – Larry Jones – and we’ll share more on Larry’s Meteor in a future story.  And other early Meteors exist such as the ones owned by Mike Wittman and Bob Curtis, so additional research is needed.

But what about the lost Meteors?  These are ones I’ve heard rumors of existing when I’m doing research in the dark, smoke-filled rooms on the internet.  Could one of these be “La Bomba?”  Could one of you “Meteor owners” out there own the Meteor and not know its heritage?

All will be revealed in future stories here at Forgotten Fiberglass.

Thanks again to Bob Walters for sharing with us his memory and story of the car.  Bob is 87 years old this year and doing great.  We wish you the best of strength and health Bob – and thanks for spending a bit of time with us.