As you’ve recently heard, we’re taking the Forgotten Fiberglass show on the road next week and are very much honored in participating at the 2014 Import & Kit Nationals held in Carlisle, Pennsylvania – click here for more information about this event.

This year we are going to show our 1962 Shark Roadster – as we did last year – before returning the Shark to its home here in Tampa, Florida.  Home sweet home… 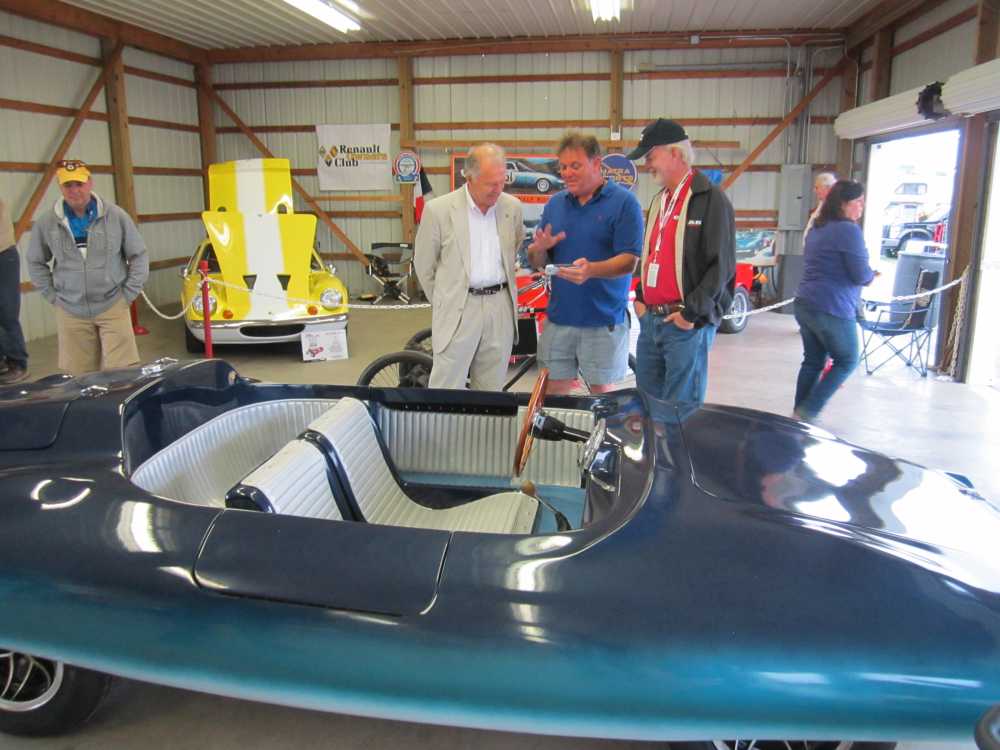 From Left to Right: Peter Brock, Geoff Hacker, and Harold Pace Discussing the History of our 1962 Covington “Shark” at the Carlisle 2013 Import & Kit Nationals 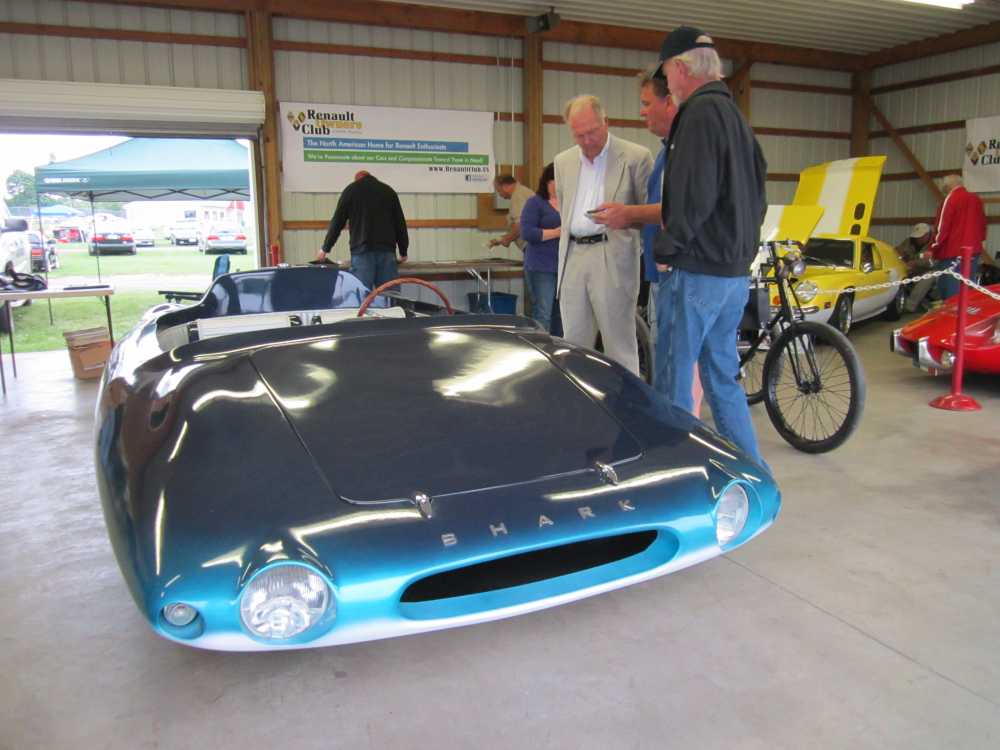 After the 2013 Carlisle show, the Shark could be seen at the AACA Museum in Hershey, Pennsylvania in an exhibit called “Pop Culture & Cars.”  It appeared with some of my favorite cars which included the 1955 Flajole Forerunner – click here for more information about this car.   And click here if you would like to review more about the “Pop Culture & Cars exhibit that appeared last Fall at the AACA Museum. 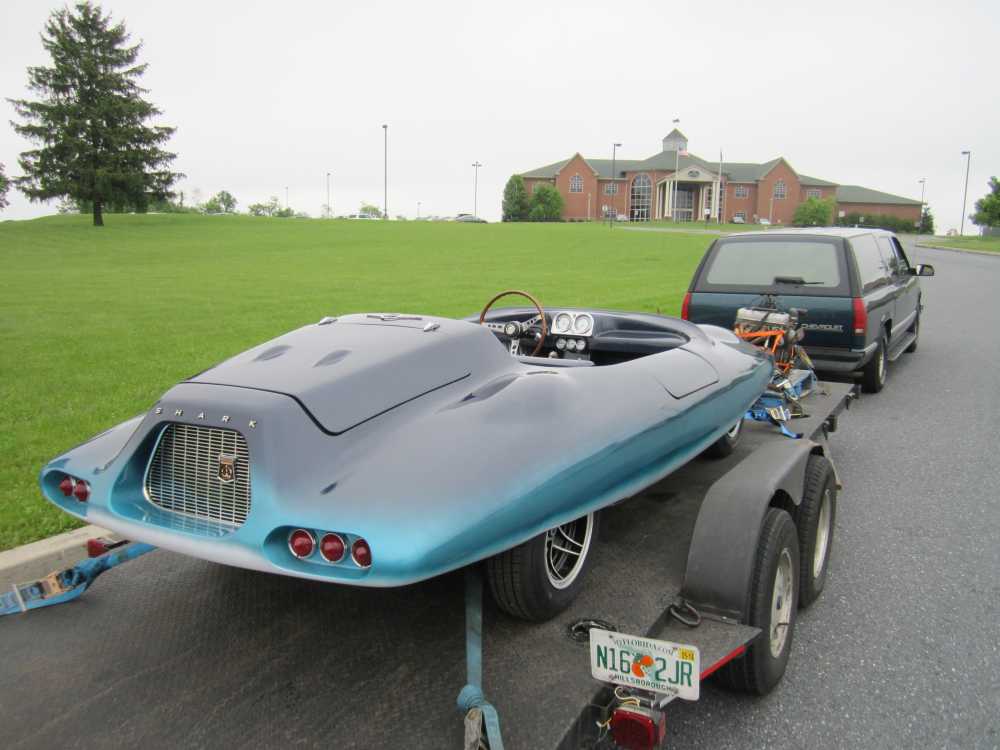 The Covington Shark Glimpsing For The First Time The AACA Museum in Hershey, Pennsylvania. It Was Featured In The Museum on Exhibit Through the Fall of 2013. 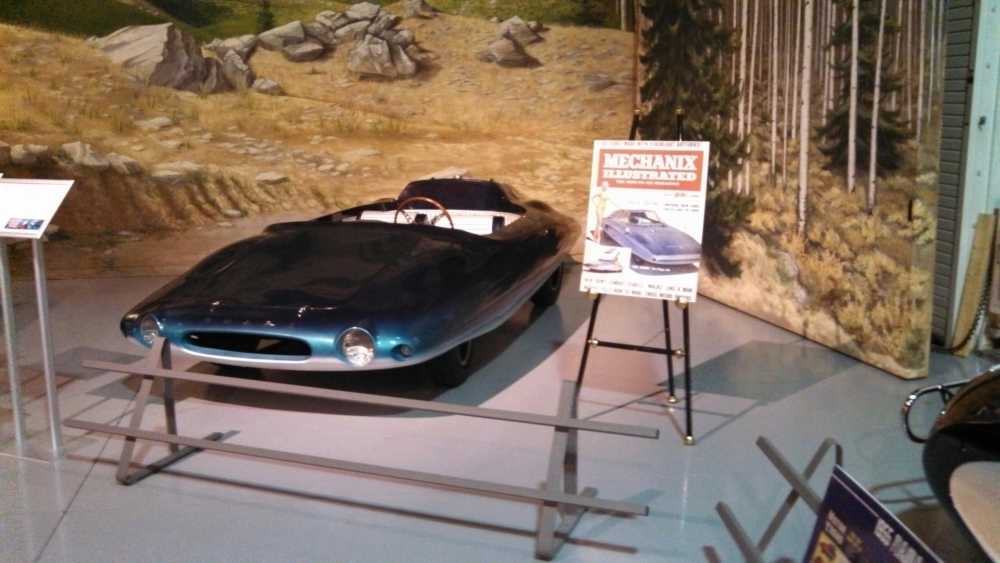 The Shark Is Shown Here as part of the “Pop Culture & Cars” Exhibit at the AACA Museum in the Fall of 2013.

During Carlisle this year, the Shark will be on display with the Renault club – headed by good friend Marvin McFalls – that will be having their annual meet.

It will be great to see everyone who will be participating in the Renault group and…we have another Renault surprise to discuss with the group once we are there  – one that hasn’t been seen in nearly 50 years.

More about that in-person at the Carlisle event so we hope to see fiberglass enthusiasts, Renault enthusiasts, and all types of car enthusiasts throughout the weekend. 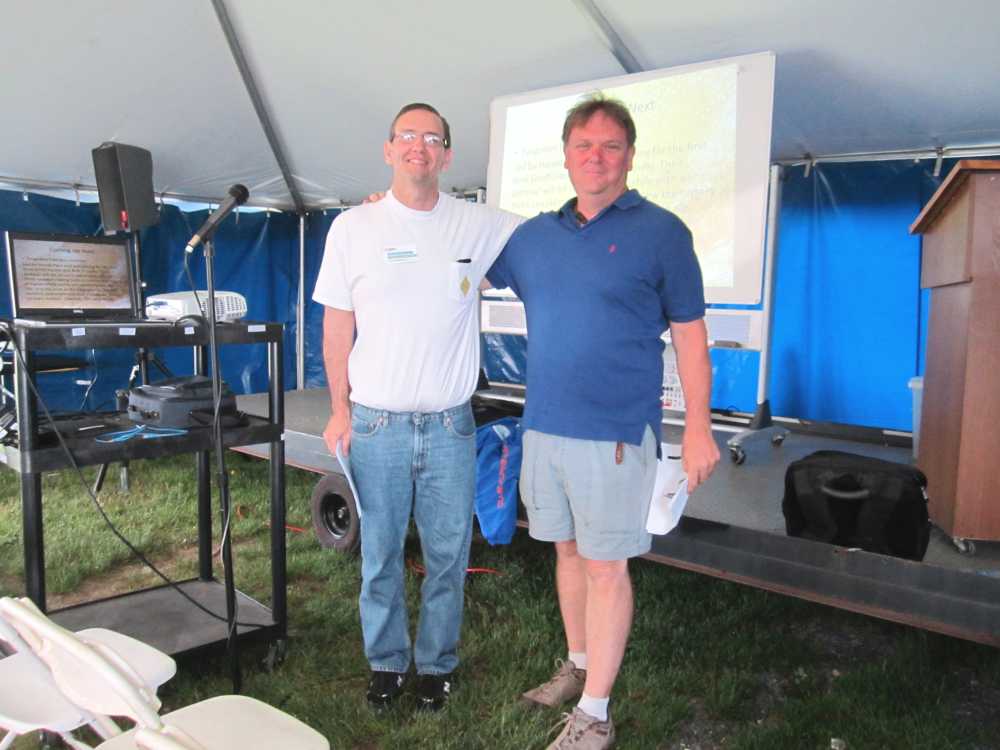 Marvin McFalls and Geoff Hacker in 2013 at the Renault Seminar on Fiberglass Bodied Renault Specials of the 1950s and Beyond.

Thanks again to Ed Buczeskie for allowing Forgotten Fiberglass to participate as part of this year’s Carlisle Import and Kit Nationals.  Once we return home, our 1962 Shark Roadster will be able to be seen with its brother – the 1961 Covington Tiburon/Shark coupe at the Sarasota Classic Car Museum in Sarasota, Florida.  Click here for more information about this museum. 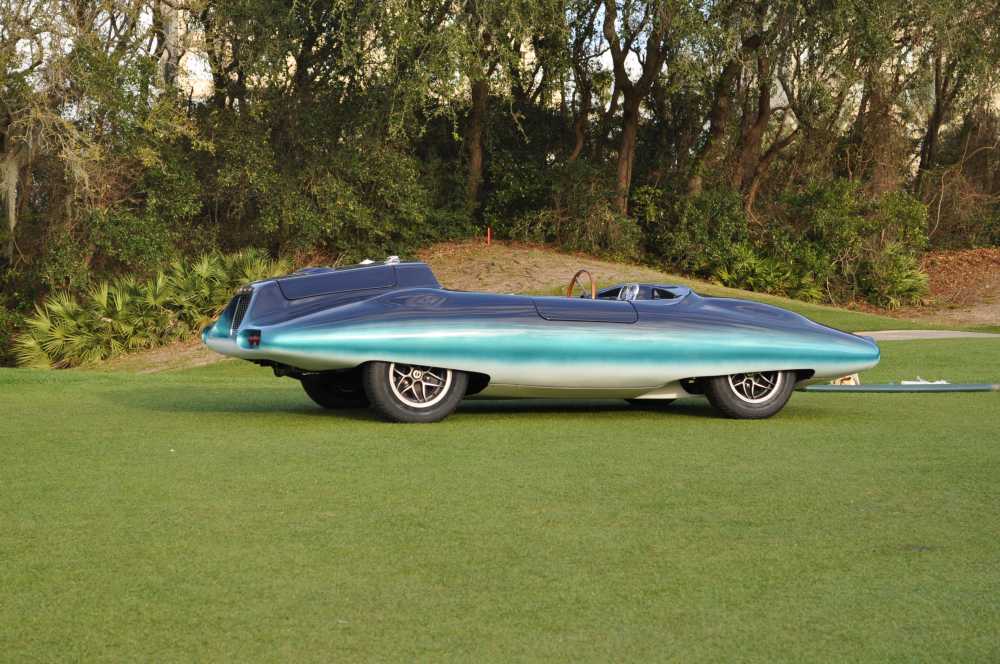