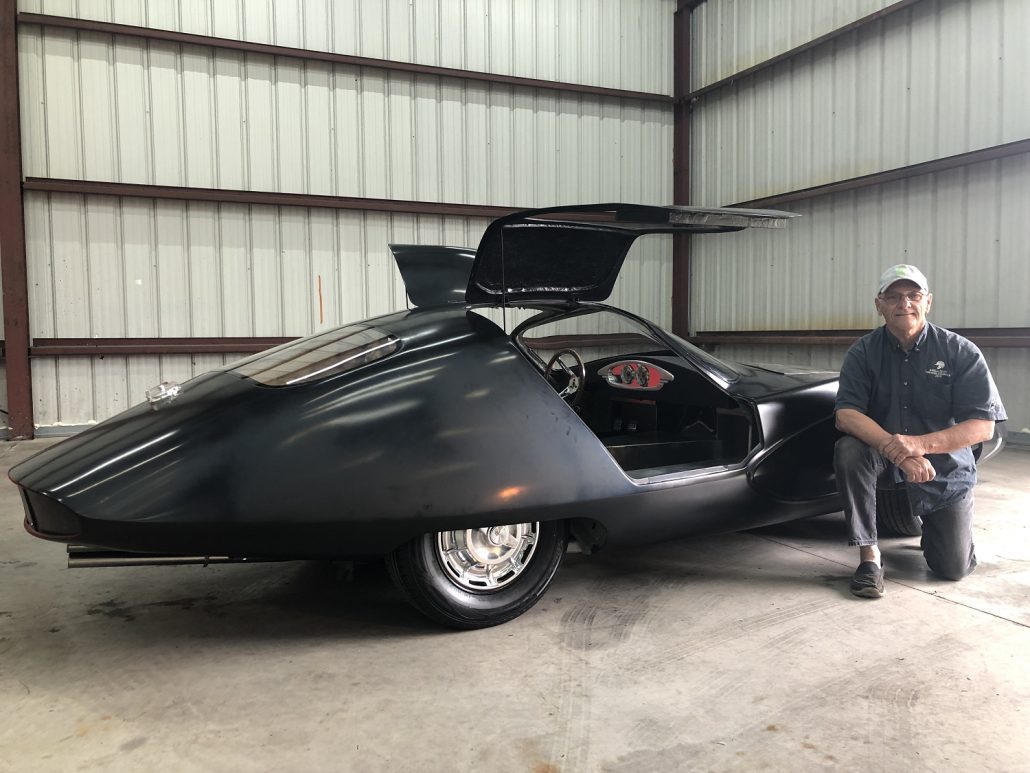 Shown Here in 2022, Dennis Kazmerowski is next to a car he dreamed of building from his first Road & Track Magazine Purchase – a 1958 LeMans Coupe designed by Strother MacMinn

Dennis grew up in Maryland and attended the University of Richmond on football scholarship.  Always focused on athleticism, during his tenure at the University, he founded the Richmond LaCrosse Club which exists to this day. After graduation, he moved to New York City and ran a successful manufacturers representative (rep) organization for 45 years in the ski business.

In his early twenties, Dennis started racing in 1974 and a few years later in 1977 won the Mid-Atlantic race series.  He was awarded the Pohanka award by the region racing association and raced everything from FV, FF, GT1 Corvette, GTP, Camel Lights, WSC Series and more.  Other notable racing achievements include:

His racing days overlapped with cars he modified and/or built from scratch.  Starting in the late 1960s, his cars were featured in the following magazines:

Today Dennis is still having fun at 75 years old.  His activities include but are not limited to:

In all, he’s built, raced and/or modified over 30 cars – and Dennis often shares with friends and others that….”He’s just getting started!”