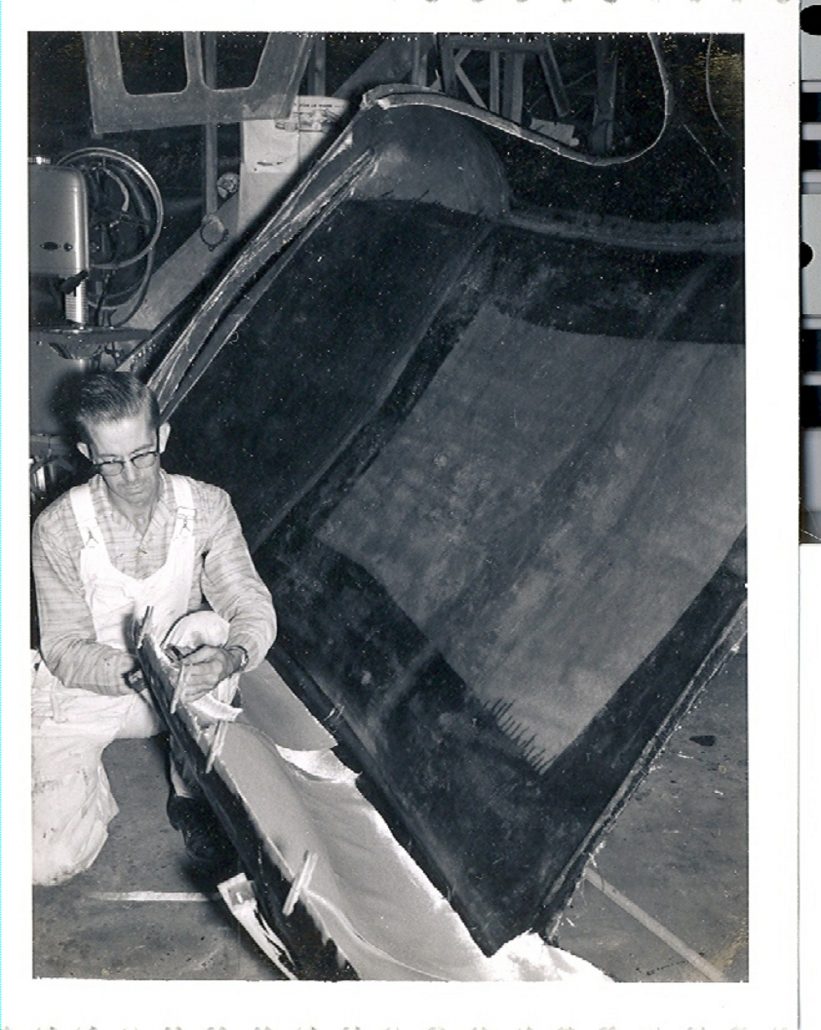 The second “team” to create a mold and build a LeMans Coupe sports car was actually a father/son team – Edward and Frank Tifft.  Ed had passed before I had a chance to meet him, but through his son, Frank Tifft, I learned more than I could imagine.

Between this father/son combination, they experienced a significant part of handcrafted fiberglass “specials from the early 1950s thru the mid 1960s.  There was no one that we’ve found in our research these past 20 years that have participated in so many “builds” throughout the early years of designing and building your own sports car.

The  Handcrafted  Automobiles  of  Edward  Tifft

I first came across Ed’s history when I was researching the builds of Dick Jone’s and Jim Byers Meteor SR-1 sports car that they built in the fall of 1953.  This car resulted in a mold and the sale of several Meteor SR-1 bodies – two of these bodies which were built into sports cars and later sold by Ed Tifft.  Ed became friends with both builders and when Jim Byers moved on in 1955 to create and build his own car – the Byers SR-100, young Frank Tifft took his first job – as a fiberglass apprentice building bodies and more for Jim Byers.   Jim’s experience with fiberglass was legendary by then.  Most notably, he was on the team that built the first Victress S1 bodies in 1952.  Very impressive!  Frank kept this job with Byers through the early 1960s.

I was friends with Frank Tifft starting around 2007 and in 2008 I visited him and his wife Marge at their home in California.  This afforded me more time to learn about Frank and his father and we took some of that time to talk about the LeMans Coupe sports car that his father built.  Interestingly, Edward called this car by a different name.  First he called it the “Tempest” but later changed the name to “Dolphin.”  Ed and Frank built the mold, body and car at their house on Harvard Avenue in Gardena, California and completed just one car (hence one body) during this time.  No other bodies/cars were built as reported by Frank Tifft.

Ed started building the car in the summer of 1958 – just after the series of four articles concluded about the LeMans Coupe in Road & Track.  In the series of photos below you can see how he created the “buck” or the “shape” of the car to pull a mold from.  Then, a body was pulled from the mold and a car was built.  It may sound easy but….as you know….this is just the general timeline on how a car is created.  Check out the photos below.

Strother MacMinn and John Bond knew about this car and visited it during its “build.”  The family remembers their visits and how important they were to their father (Edward).  The story of Ed and Frank’s father/son combination LeMans Coupe has never been shared before and this story and these photos appear in public for the first time.  We’re honored to share the story here at Undiscovered Classics.

Although they kept the car for many years, Ed sold the car to a new owner and to this day, this version of the LeMans Coupe has never been found.  And what happened to the two Meteor SR-1 sports cars and the hot rod / race car built as an identical copy of the Chuck Manning Special – all cars built by Edward and/or Ed and Frank Tifft?

That’s for another story and a later day.

Photos  of  the  Finished  Car 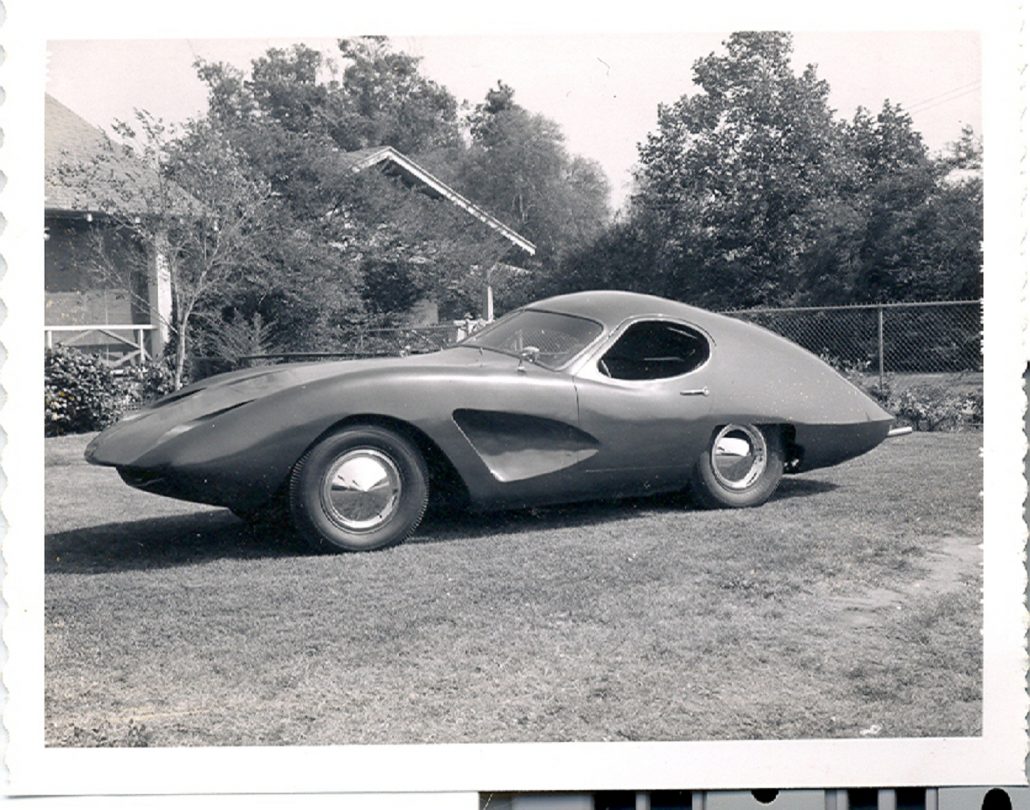 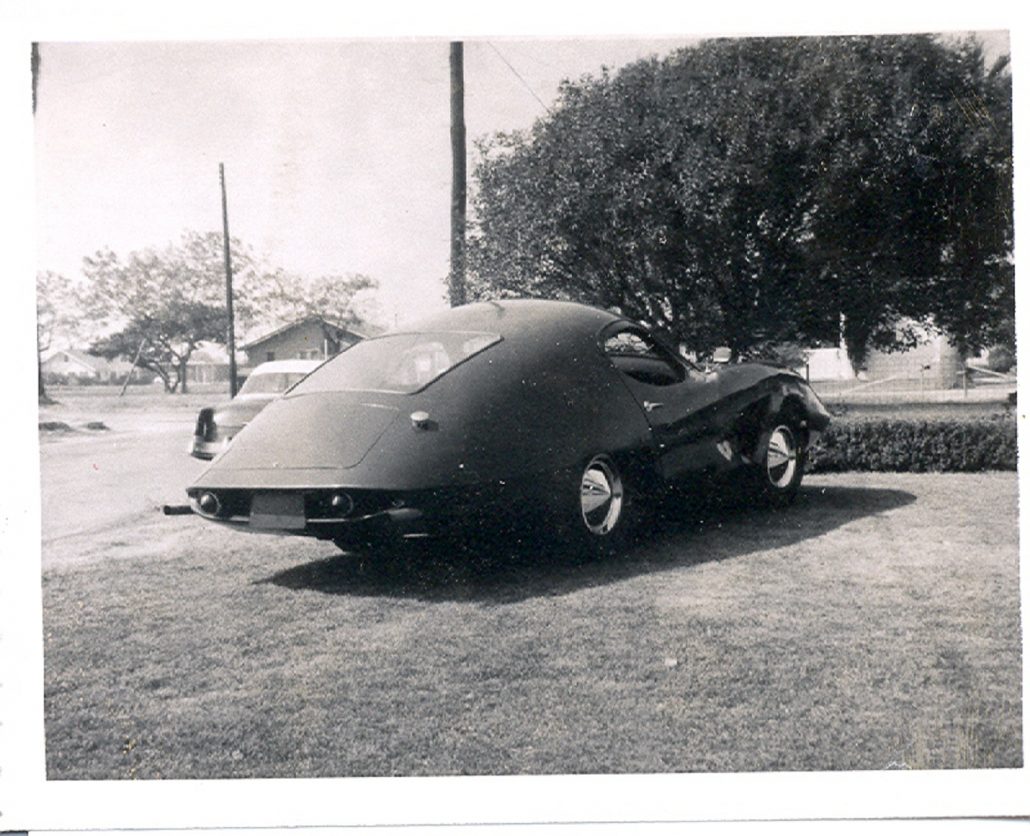 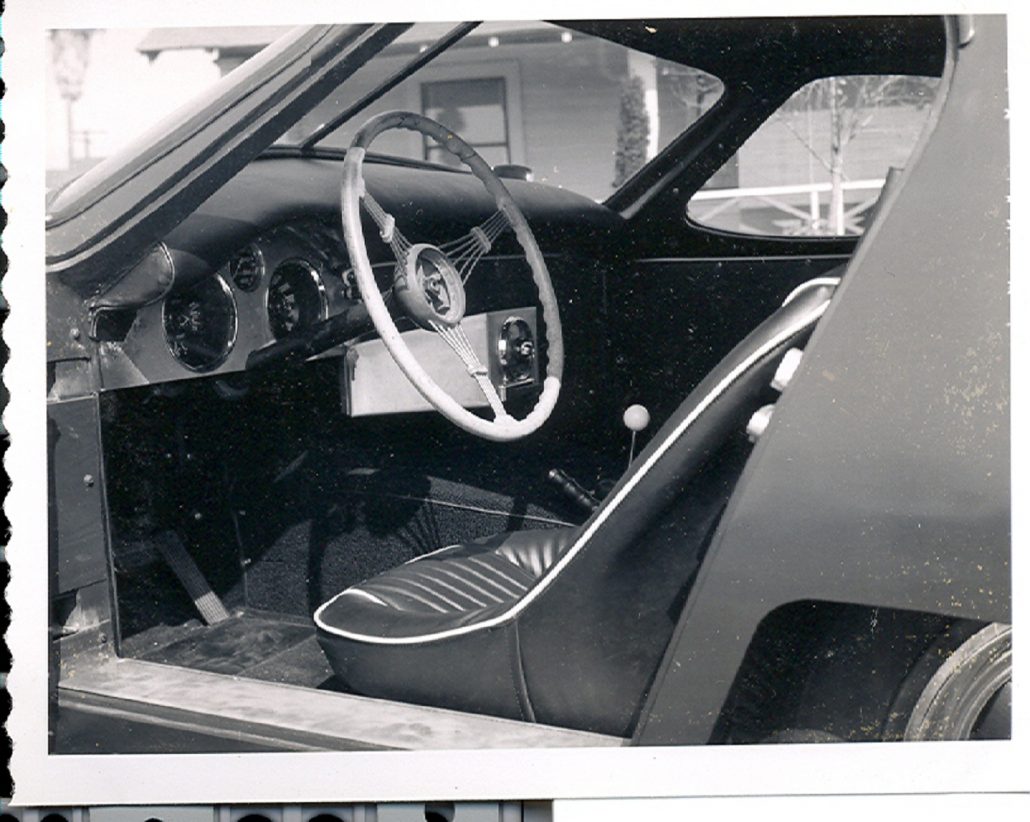 Photos  of  the  LeMans  Coupe  Being  Built 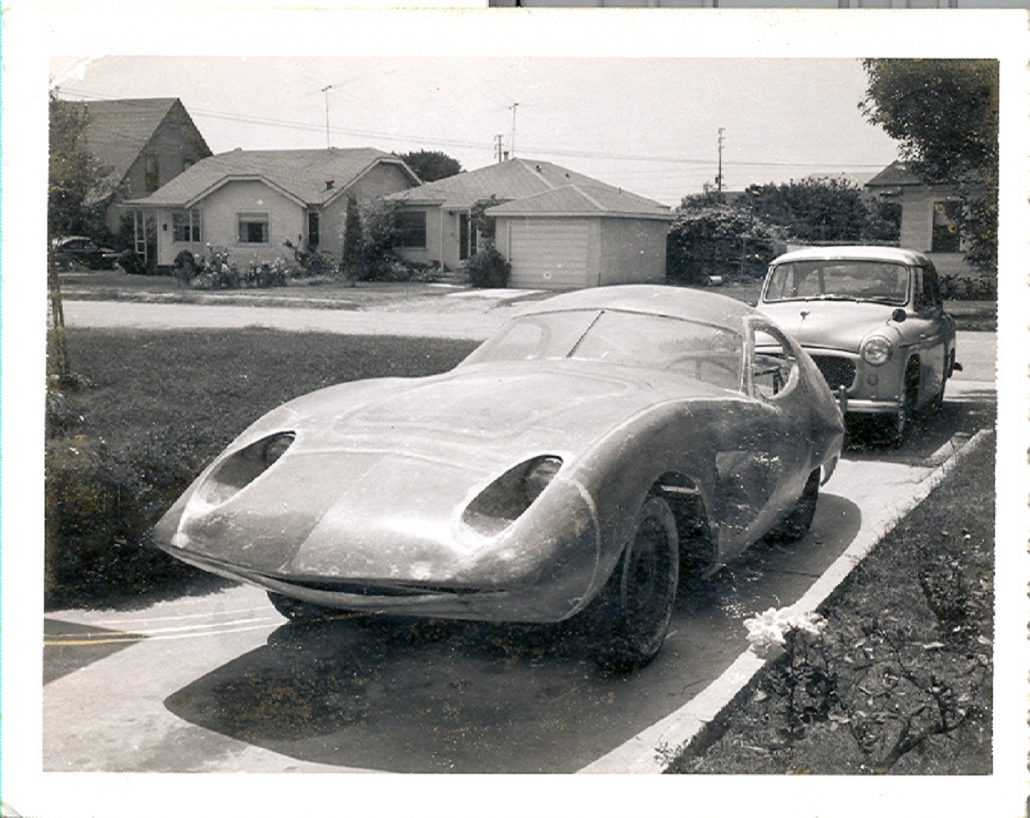 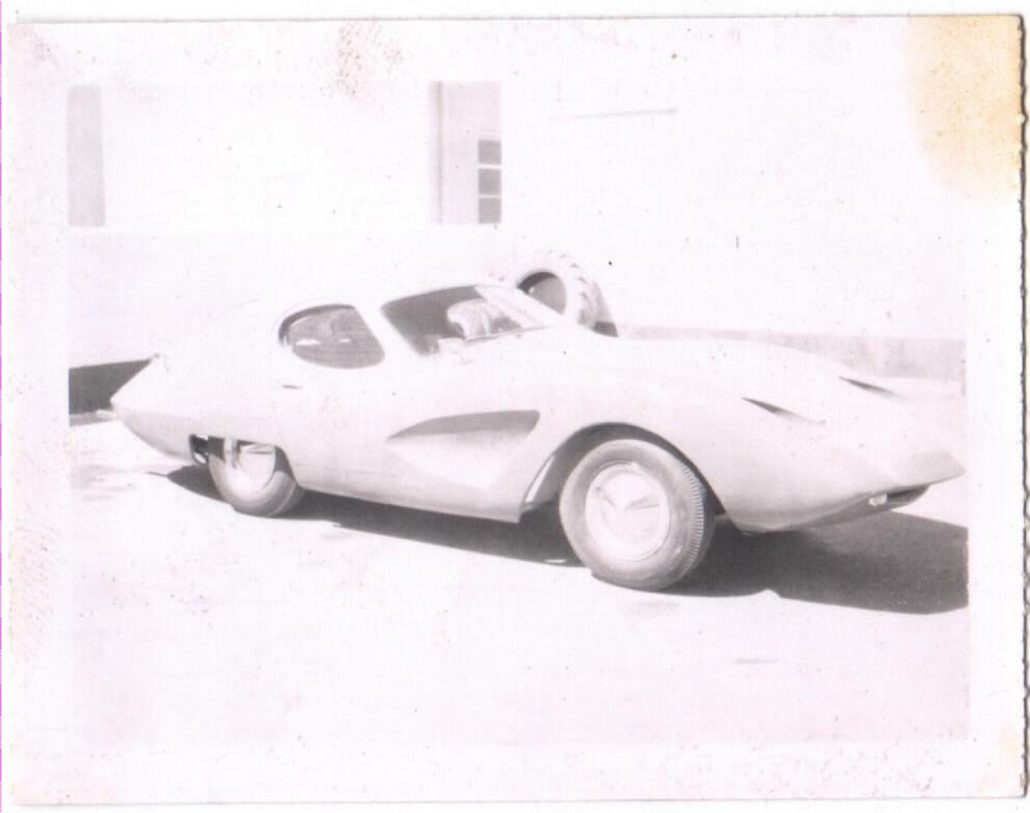 Photos  of  the  LeMans  Coupe  Mold 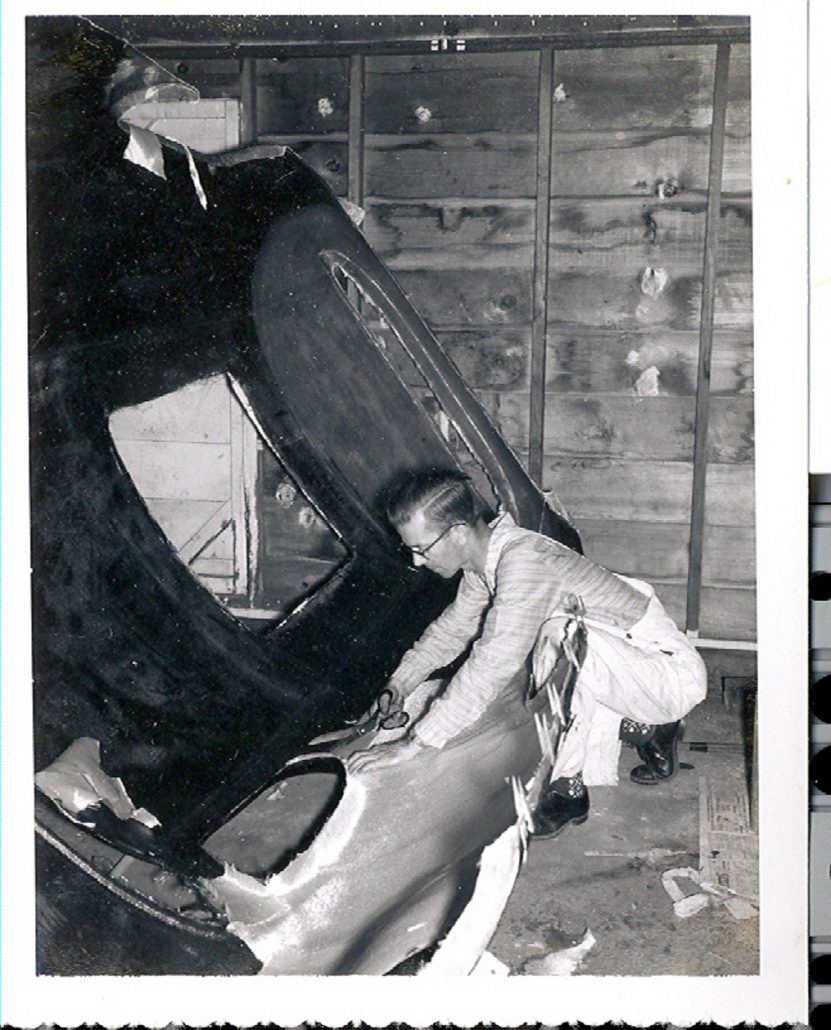 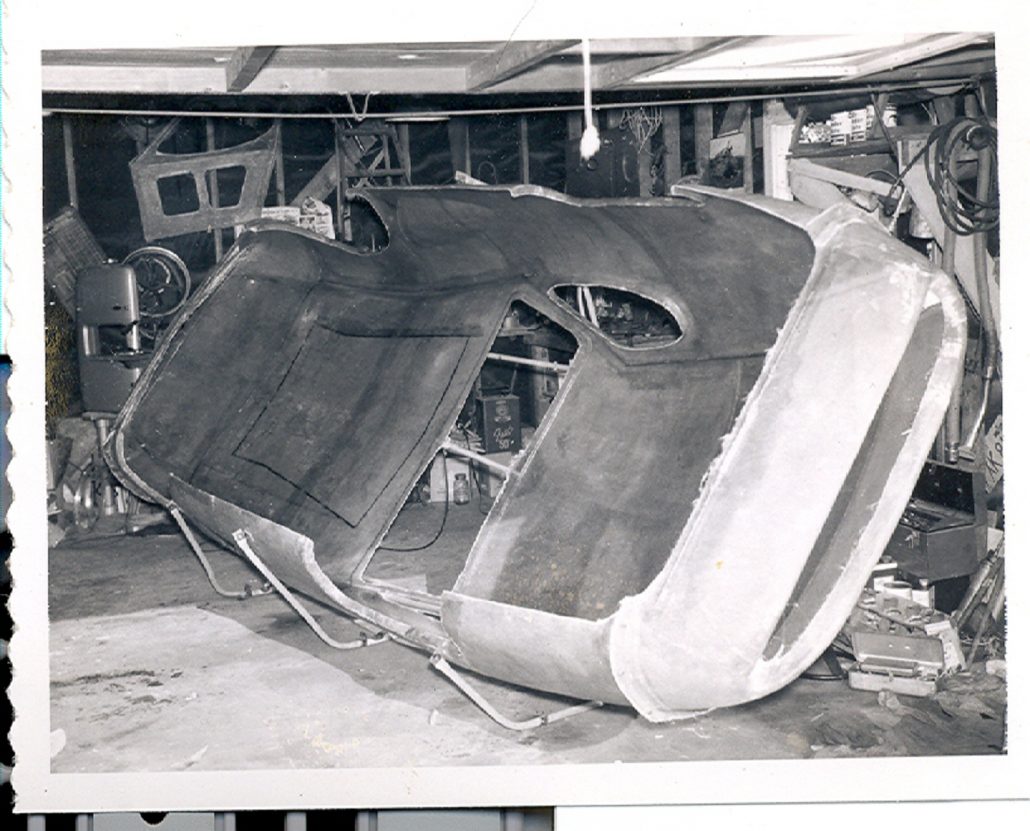 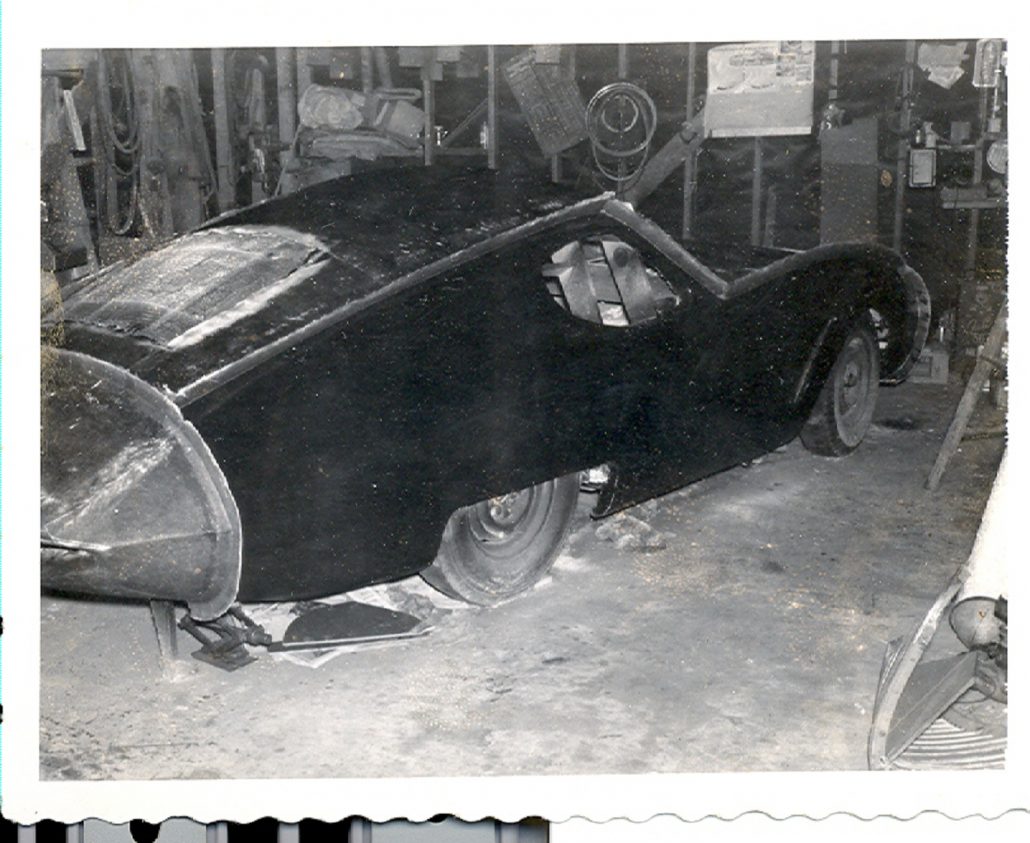 Photos  of  the  LeMans  Coupe  Buck 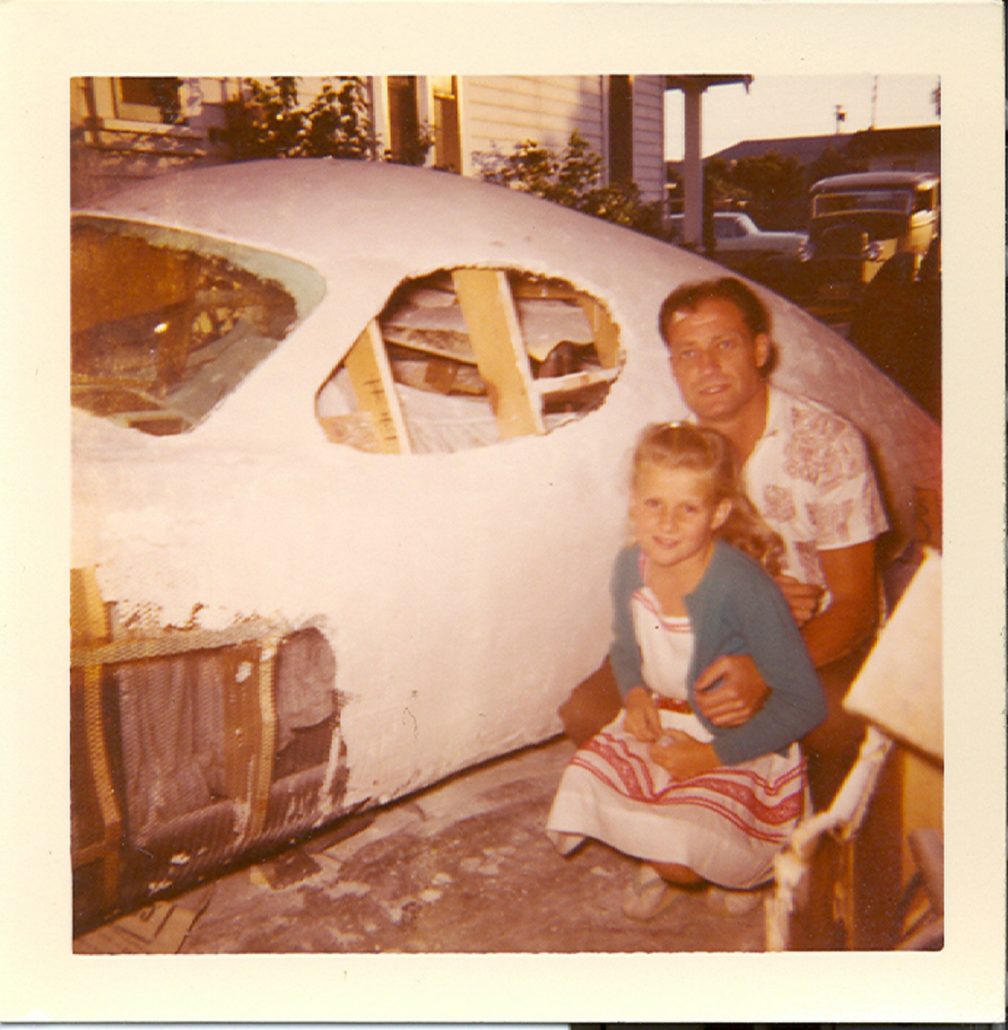 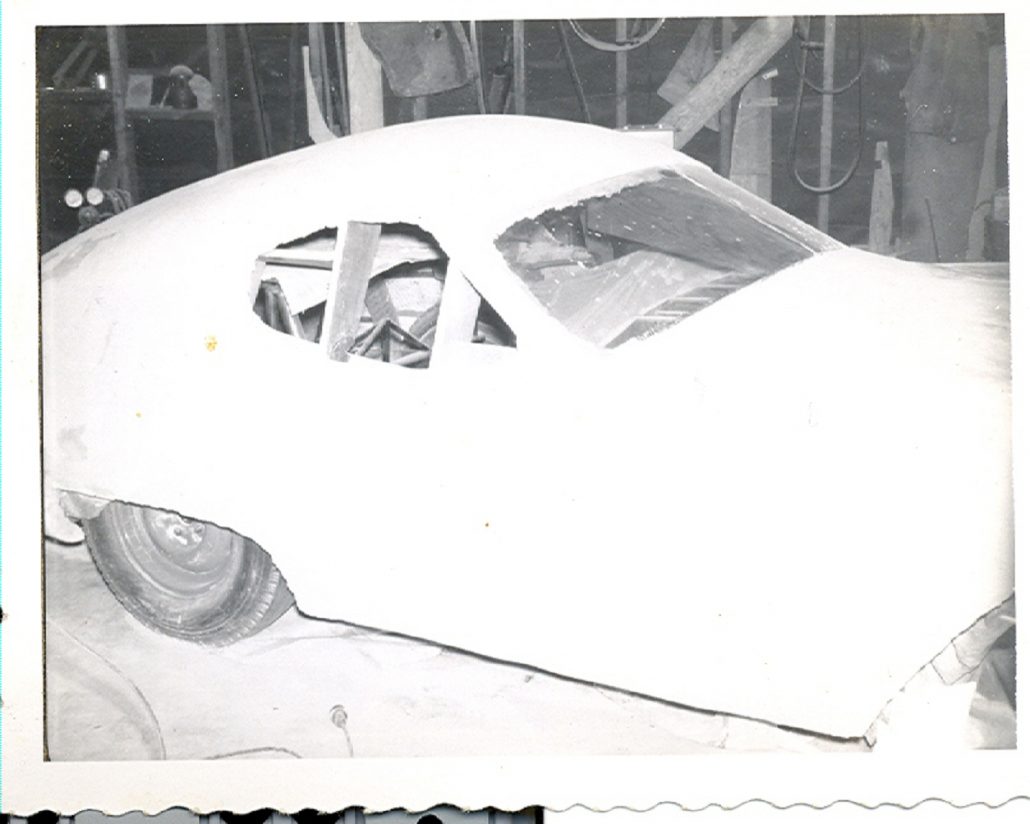 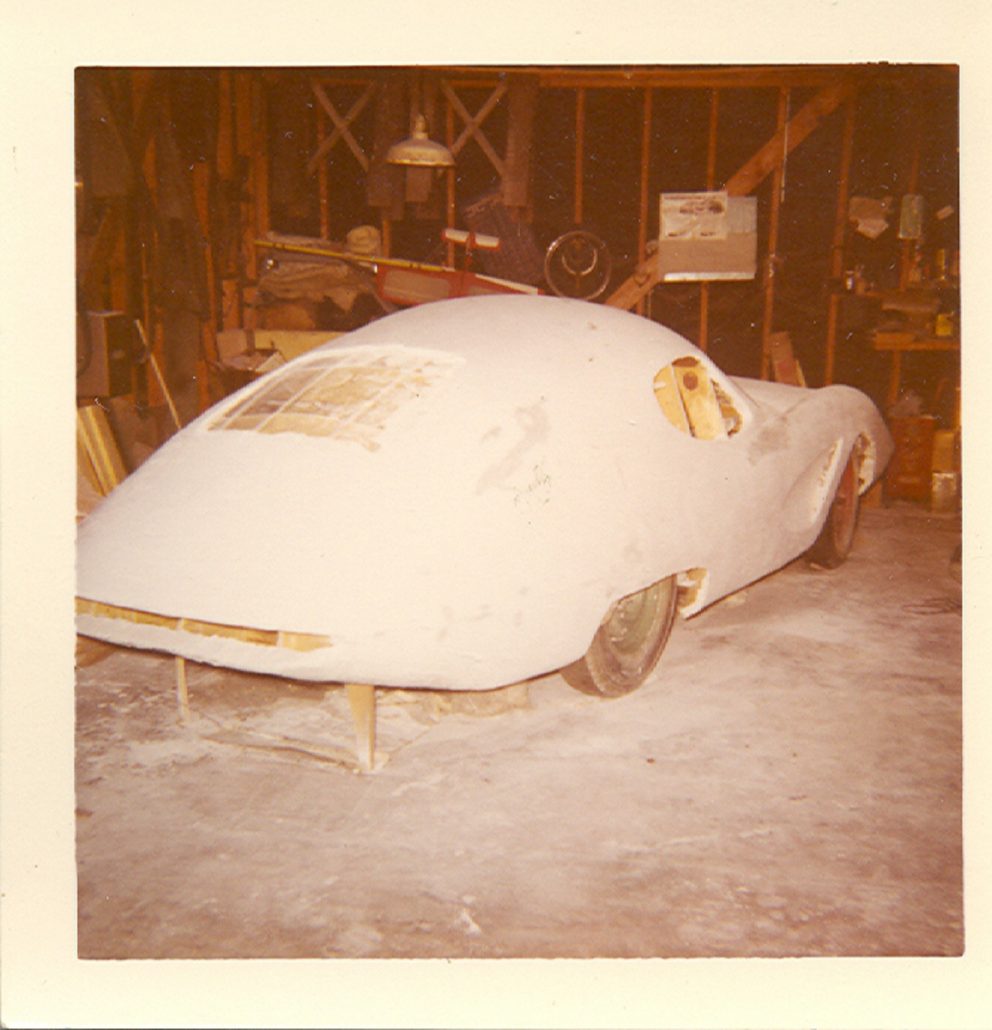 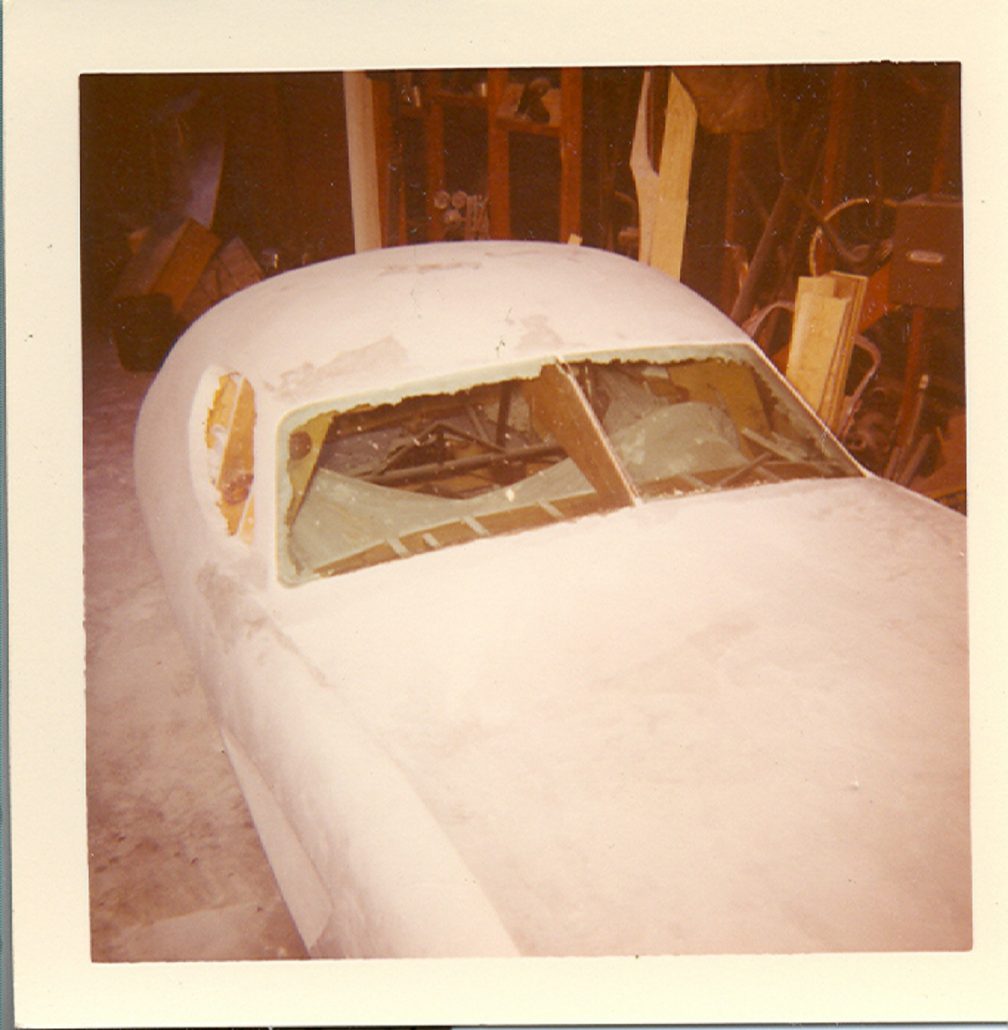 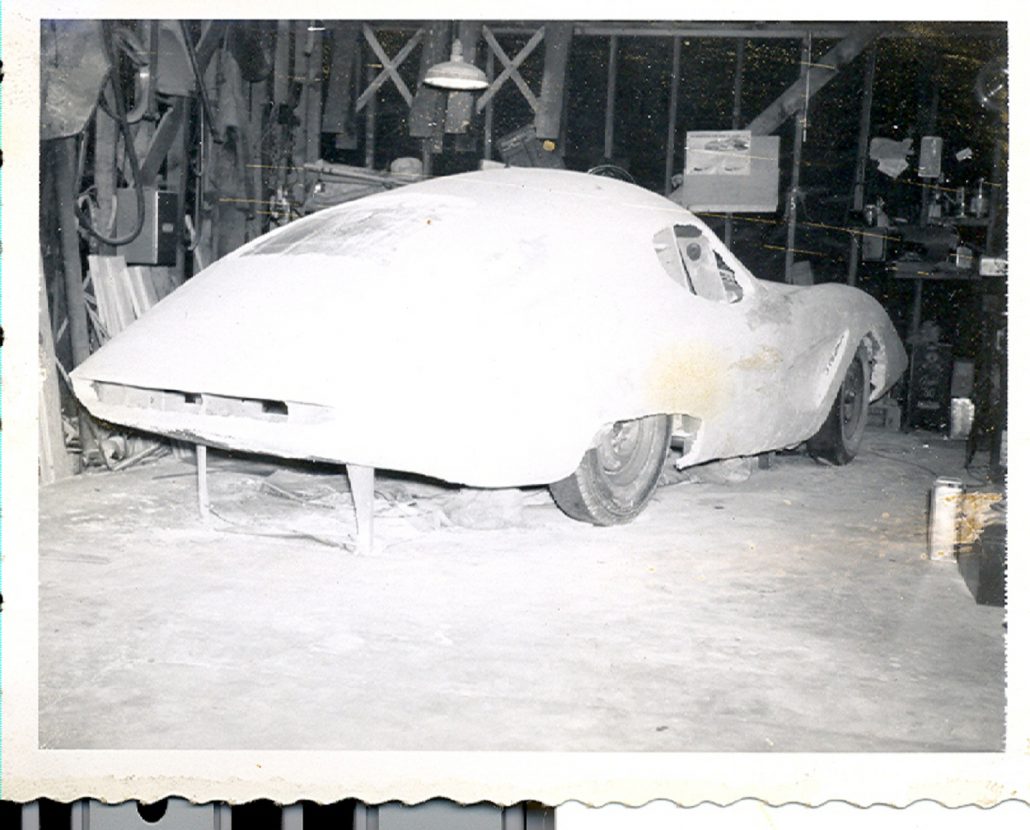