In yesterday’s story on the history of the Johnny Dark Wildfire, we established that there were three Woodill Wildfire Series 2 sports cars used in the movie.  This was confirmed through careful review of the film and through verification of historic Woodill Wildfire documents presented which indicated three cars were used.

Each of these three cars is shown below as presented in the 1954 Trend book “Manual of Building Plastic Cars.” 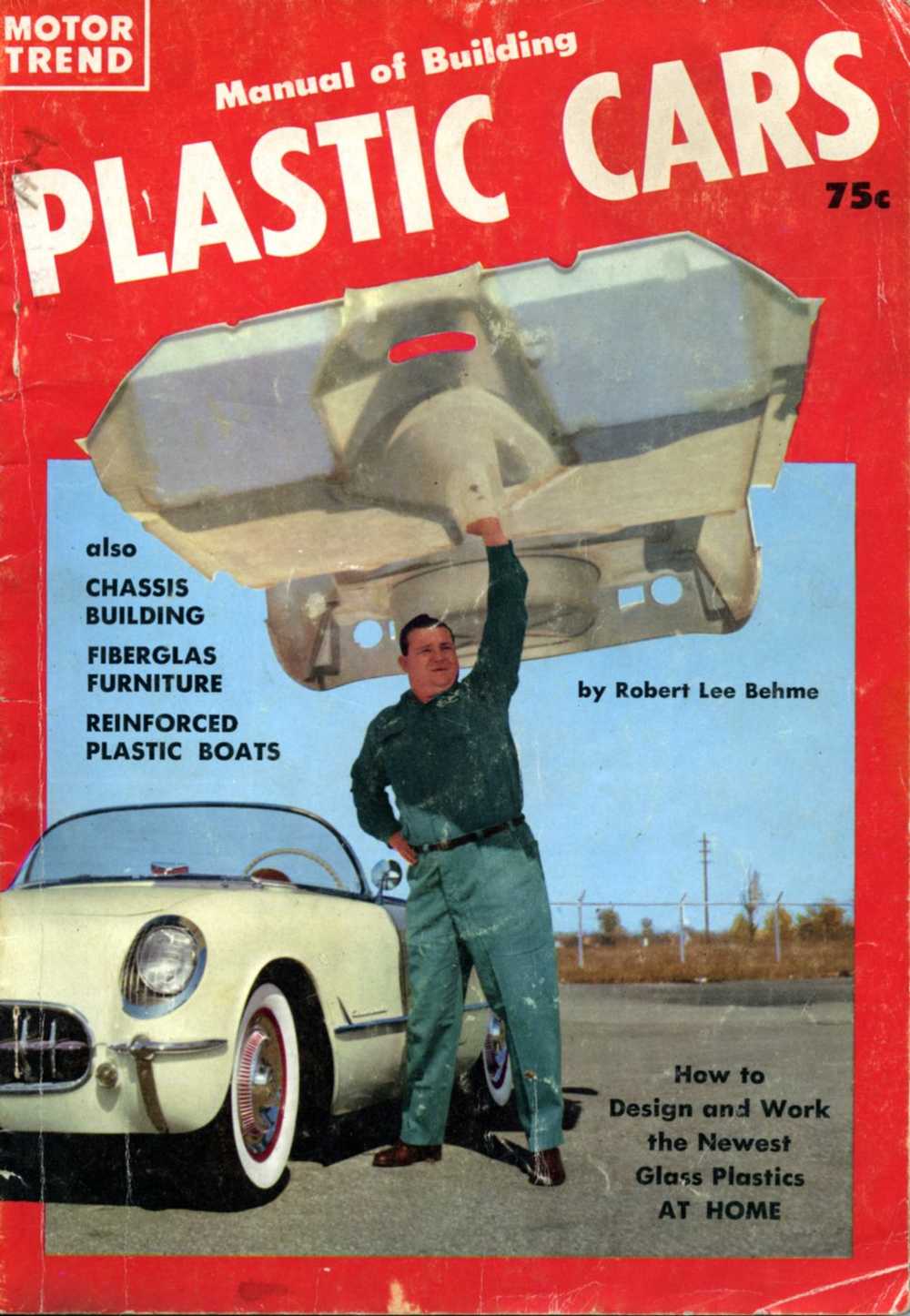 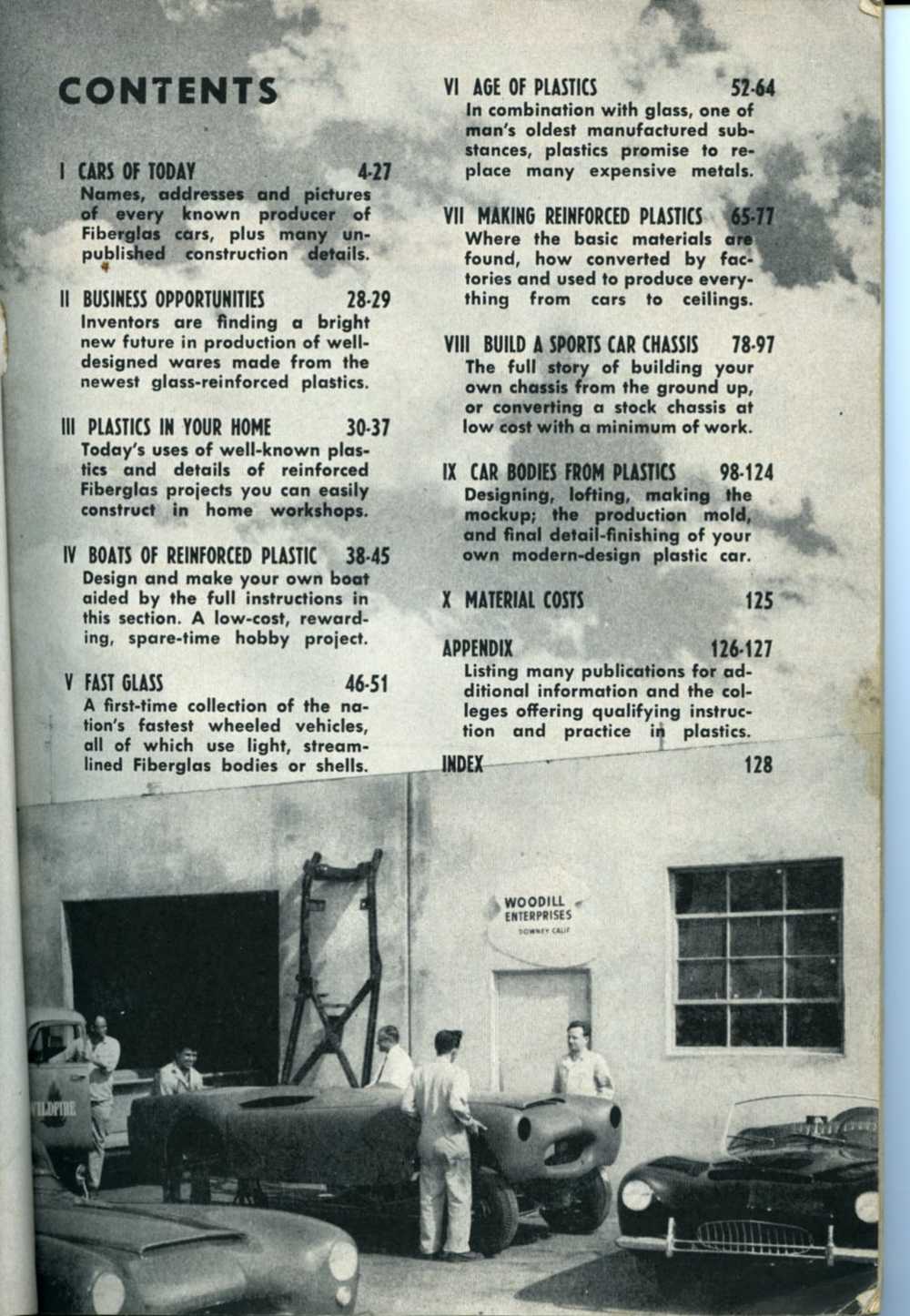 Yesterday we covered the history of the most famous one used in all race scenes in the movie (click here to review part 1 of this story).  This leaves the second and third cars in the movie to review today.  Let’s have at it.

There’s about 3 minutes of the Johnny Dark Wildfire #2 shown in the movie.  This is the car that was originally “built” early in the movie, has a black exterior and a red bench seat.  What makes this car a bit more interesting is that it is shown being tested on the proving grounds of “Fielding Motors” – which is actually the Packard Proving Grounds near Detroit, Michigan. So this car must have traveled from Los Angeles, California to Detroit, Michigan.  I wonder if it drove cross-country or was trailered?

The more famous racing version shown later in the movie (Johnny Dark Wildfire #1) stayed in California for all racing scenes shot with other cars for the second race.  This same car (the red racing Wildfire) was also used for studio close-up shots of the actors.

Here’s the 3 minutes of the film showing this car being built, being tested, and on its way to becoming (as the storyline goes) the Johnny Dark Wildfire or the “Idaho Potato.”

You may notice that in one of the scenes the Wildfire looks like it is “gray” and not “glossy black.” Fiberglass friend Erich Schultz who works within the movie industry shares that they would have waxed down the glossy black to reduce the reflective quality of the paint for the scenes shot on set.  This seems to be the case with the scenes in the movie here.

So far, all of the still photography and movie film “at speed” shows the front, side, and rear of the car in good detail.  Here are studio photo stills of this car in the movie: 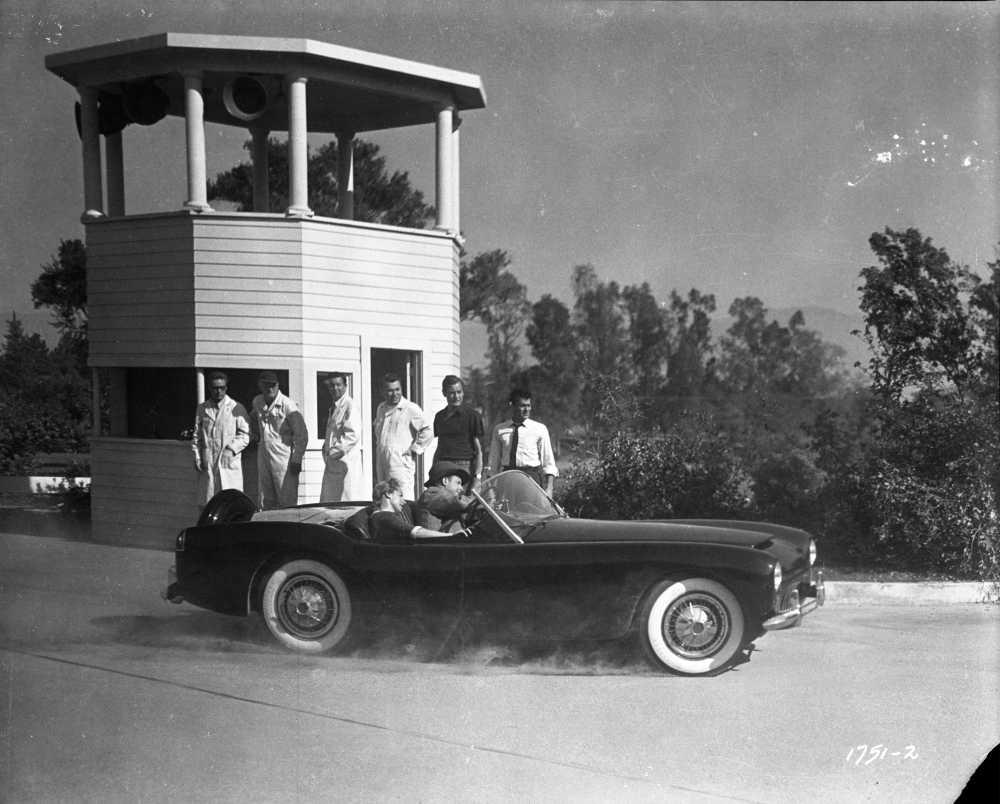 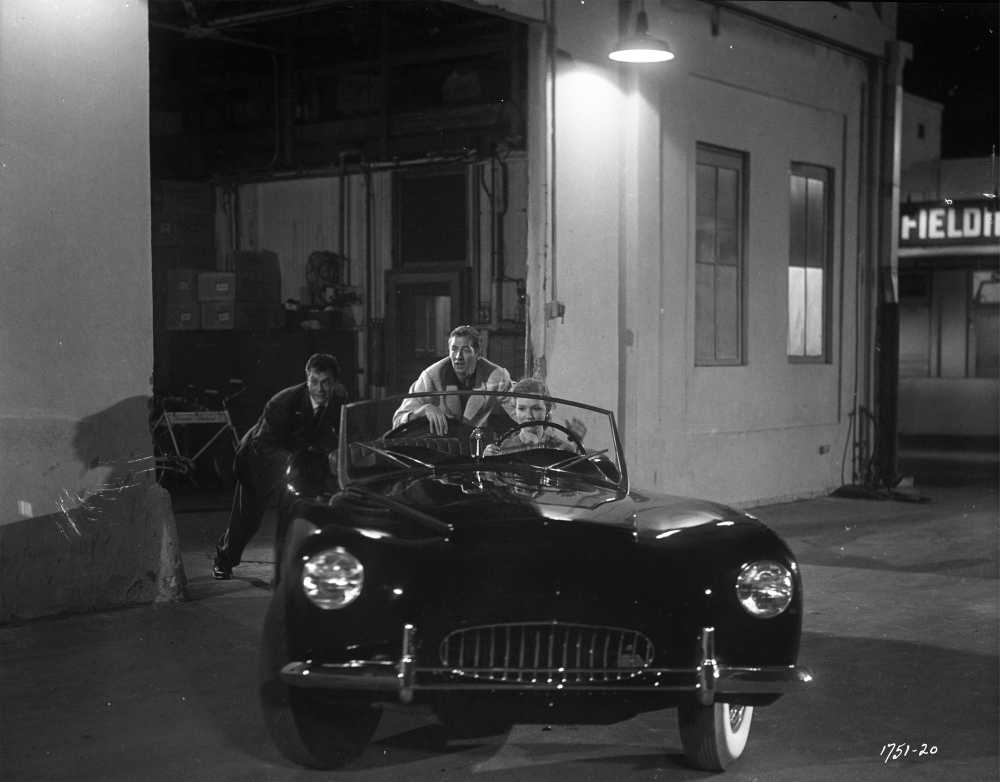 I’m still on the lookout for close-ups of the dashboard.  This is another clue that can help us establish the unique history of a car if found today. In addition, Woodill featured this same car – Johnny Dark Wildfire #2 – in at least two brochures and publicity pieces as shown below: 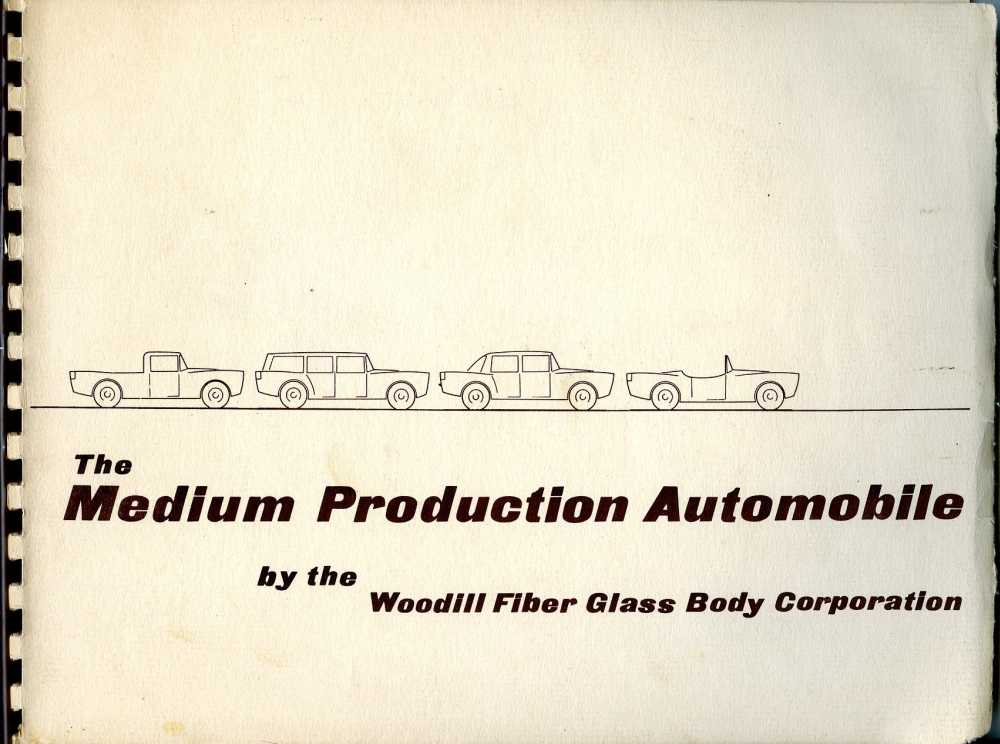 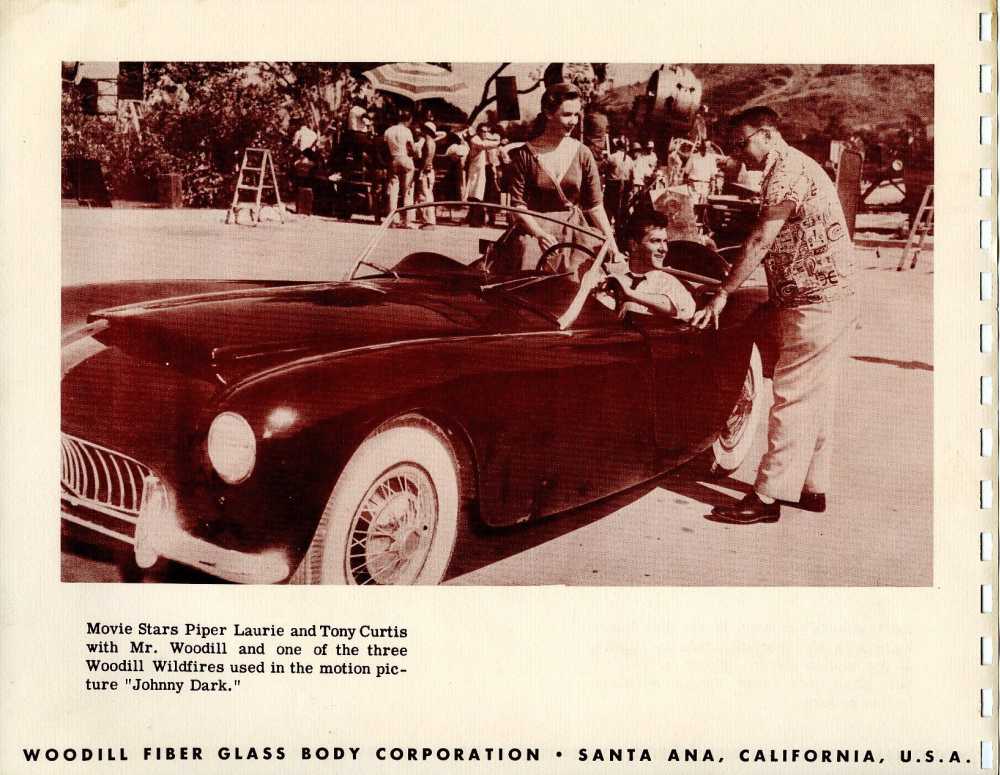 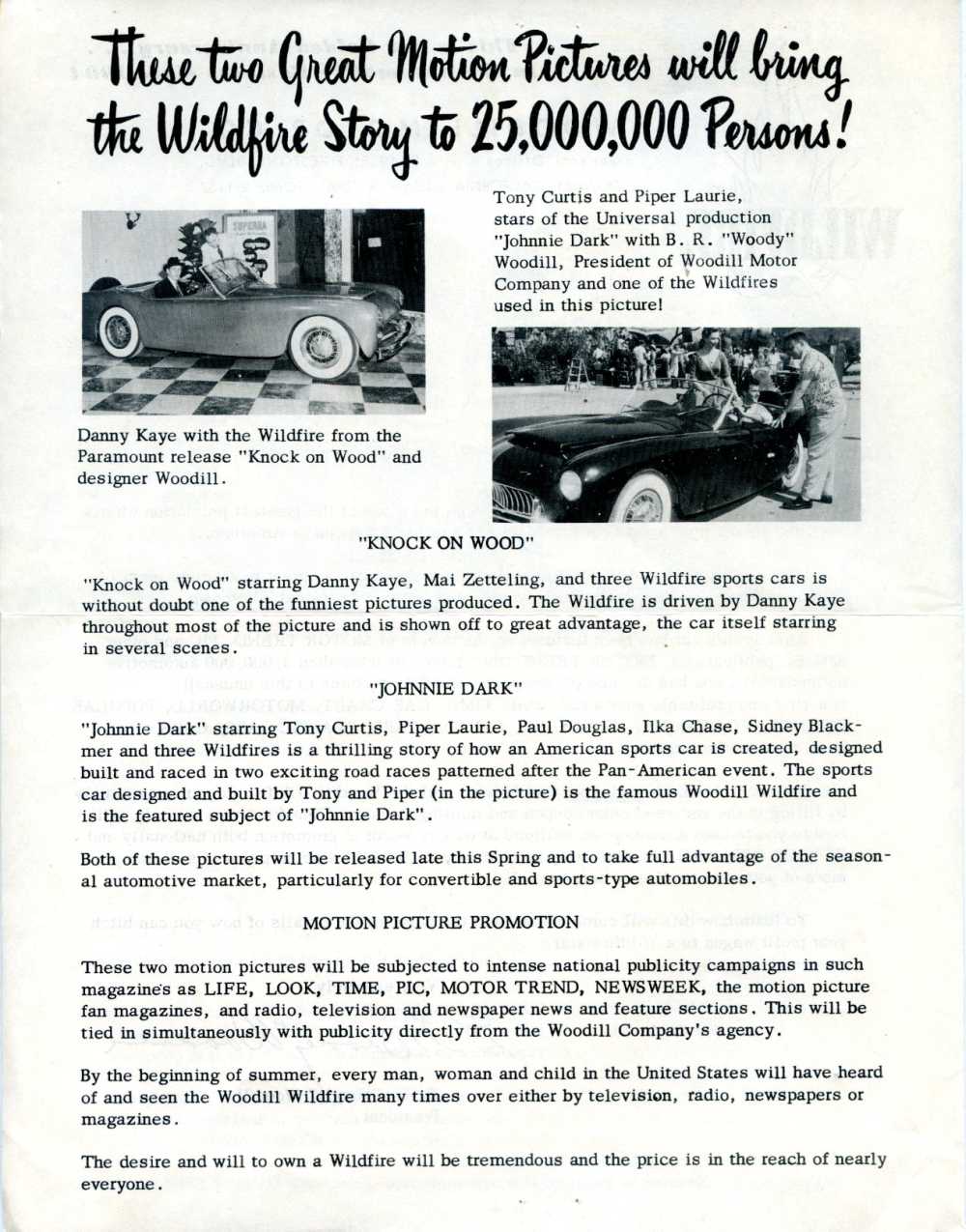 Point: The most significant feature of the Johnny Dark Wildfire #2 car is the handmade grille.  This was not a standard feature for Wildfires and close examination of this grille shows it to be asymmetrical. This grille may ultimately help identify the car if it exists today.

This car – Johnny Dark car #3 – is the unbuilt car shown in the photos above in the 1954 “Manual of Building Plastic Cars.” It is also shown at the beginning of the video above and in the photo below. 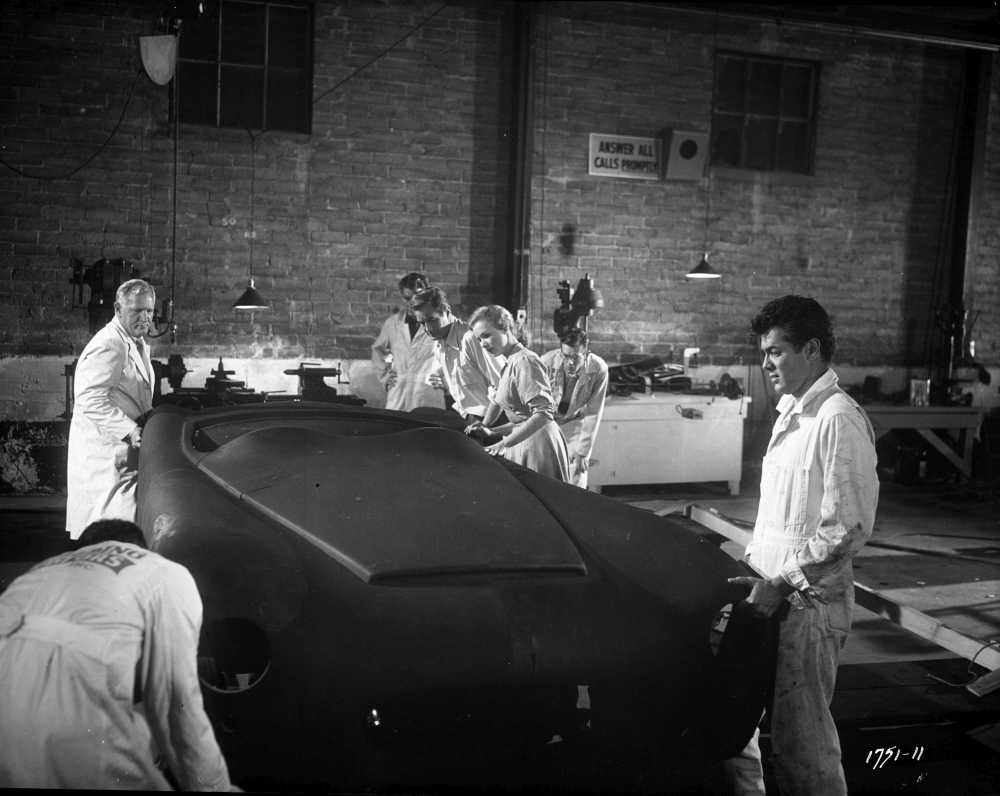 Johnny Dark Wildfire #3 has no heritage since it was never built so it could be any of the Woodill Wildfire sports cars out there.

While the red racing Wildfire shown in Johnny Dark is the “star car” of the movie, the black version shown in today’s story is a great looking example too.  It plays a small but significant role in the movie – one that it can be proud to share next to its more significant movie brother.

Taken together, these two Wildfire sports cars give us a one-two punch for vintage fiberglass sports car enthusiasts across the globe.  Fame that shows these cars in the best of light and can make us proud of the men and women who built all of the handcrafted cars in the 40s and 50s and have left us a legacy that we continue to enjoy today.