This is another in an series of ongoing articles and designs from the talented hands of Keith Kaucher – fan of fiberglass and consummate sports and custom car designer.

For years Keith shared his designs with the audience of Kit Car Magazine and other well-known automotive publications showing how fiberglass bodied sports cars could be finished out as well as modified with exciting design changes.  Keith’s work inspired his audience to tackle projects they may have not considered before, and to bring to life exciting and inspired designs.

It’s for these very reasons that I’m honored to share his thoughts and work with you, and welcome Keith as a contributor to the growing audience here at Forgotten Fiberglass.

Take it away Keith! 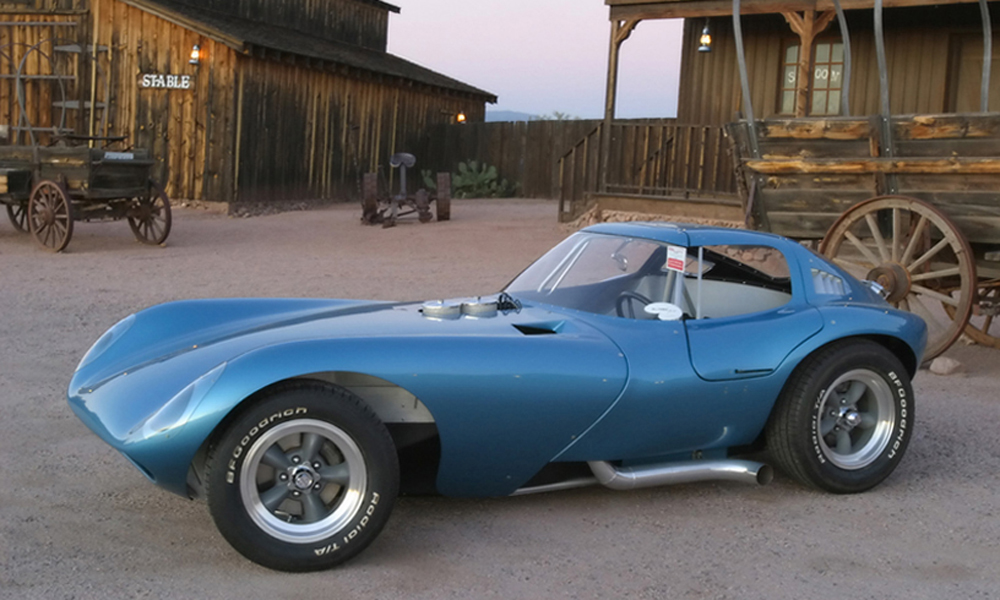 Growing up I was a huge Chevy fan to the point of fist fighting over who was better – Chevy or Ford.  By the time I got to High School, I had eased up a bit on the Chevy and Ford wars, but as things worked out, my best friends were all Ford nuts.  I got the dominance of the Shelby Cobra  in racing shoved in my face all the time whenever the subject would come up.

Then one day I heard about this mysterious little Chevy powered race car called a Cheetah.

I went to the school library and researched every article I could find about this machine.  It turned out that it was built in Southern California, was lighter than a Cobra, and had as much horse power as 427 Cobra.  And I later learned that the motor was set back so far behind the front axle that it used one U joint instead of a driveshaft.  To top it off – it was clocked a 215 MPH!

I now had a Chevy powered hero to throwback at my Ford buddies.

With all this given, I still thought that the car could use a bit of a restyle.  The basic lines were there but let’s face it – the Cheetah was a purpose built racecar – not a street car, and styling wasn’t a priority when this car was designed as a whole.

However, since I first laid eyes on a Cheetah, I thought someday I really need to see what could be done to improve the lines of the fast cat.  The first thing I did was lengthen the wheelbase to 95 inches which allows the driver to sit lower as the foot boxes have been enlarged, the motor has been moved forward, and the entire passenger compartment has been stretched.

With the driver sitting lower, the roofline can be dropped an inch or two which gives the car an overall better flow front to back. I also added more overhang in front of the wheels and behind the rear of the wheel, as well as razor thin bumperettes.  These are similar to the ones used on the Corvette, and adorn the front and rear of the car – giving it a more road going GT appearance.

The windshield and side window glass is from a 1970-80 Datsun 240-280Z car and the rear window glass is borrowed from and 1968- 74 MGB GT.  The finished design resembles a Jag XK-E only more aggressive.

So if you love the Cheetah as I do but want to have some creature comforts like roll up windows – this may be the answer. 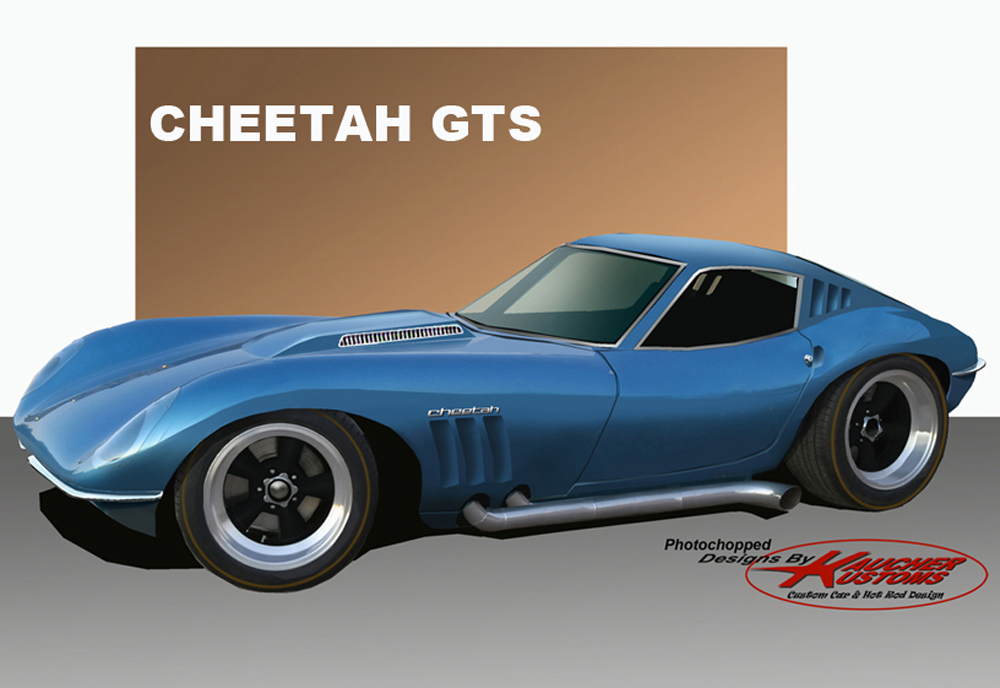 Great job Keith and thanks for sharing your thoughts and design with us here.

Keith used Adobe Photoshop to create the realistic designs he shared with us in the story today, and he uses it as well in producing custom work for his clients.  Keith also does full hand or computer renderings of car designs for his customers.  He’s one versatile guy!

To see more of his design work, please visit:  www.kaucherkustoms.com

Thanks again to Keith for sharing his vision for making this car a reality.   Hope you enjoyed the story, and until next time… 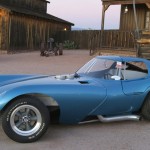 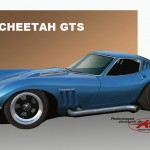 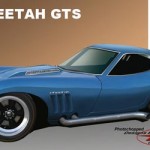