We keep looking and looking and looking but so far in the “Geoff vs Vale Sports Car” quest for a car we have yet to find a single “Vale” out there.  Which is surprising because it’s so beautiful we would have thought that there were some sales of the car body – especially since it received quite a bit of publicity at the time.

Vale Wright even built a race car based on components of the same body, and another individual – Jules Heumann – built a car based on the parts of the mold for the Vale too.  Click here for more information about Jules Heumann’s sports car.

But on the other hand, the fruits of our research efforts have yielded quite a bit of information on the Vale, and today’s story is the result of a collaboration between noted automotive historian Alden Jewell and myself.  Let’s review what we recently found on this special sports car designed and built by Vale Wright.

Through our recent research efforts, we uncovered this stunning photo of the Vale sports car that looks to have appeared in the Sunday Auto Section of a west coast newspaper – January 25th, 1953.  Alden and I are still on a quest for this newspaper clipping, but we have a great photo to share and it is shown below.

So..does anyone know where this photo was taken?  It looks like a striking art deco structure in the background – no doubt somewhere in the Oakland / Bay Area of California.  Be sure to use your mouse and click on the photo to have it enlarge on your screen. 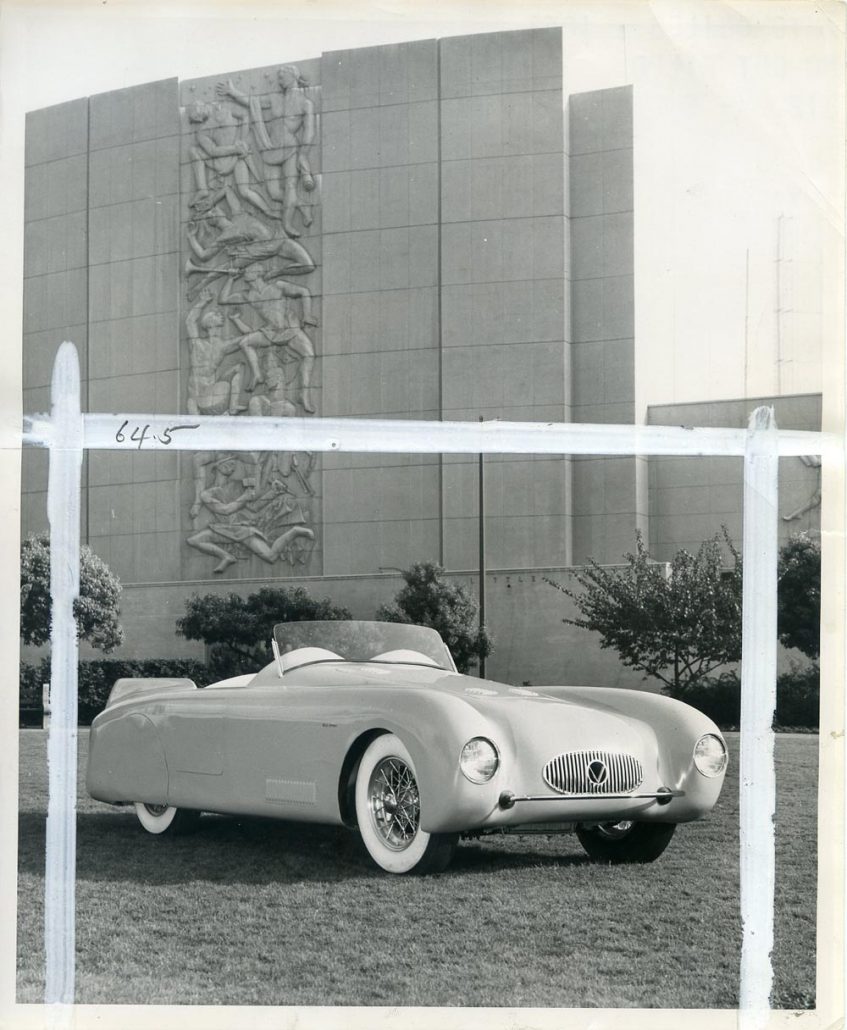 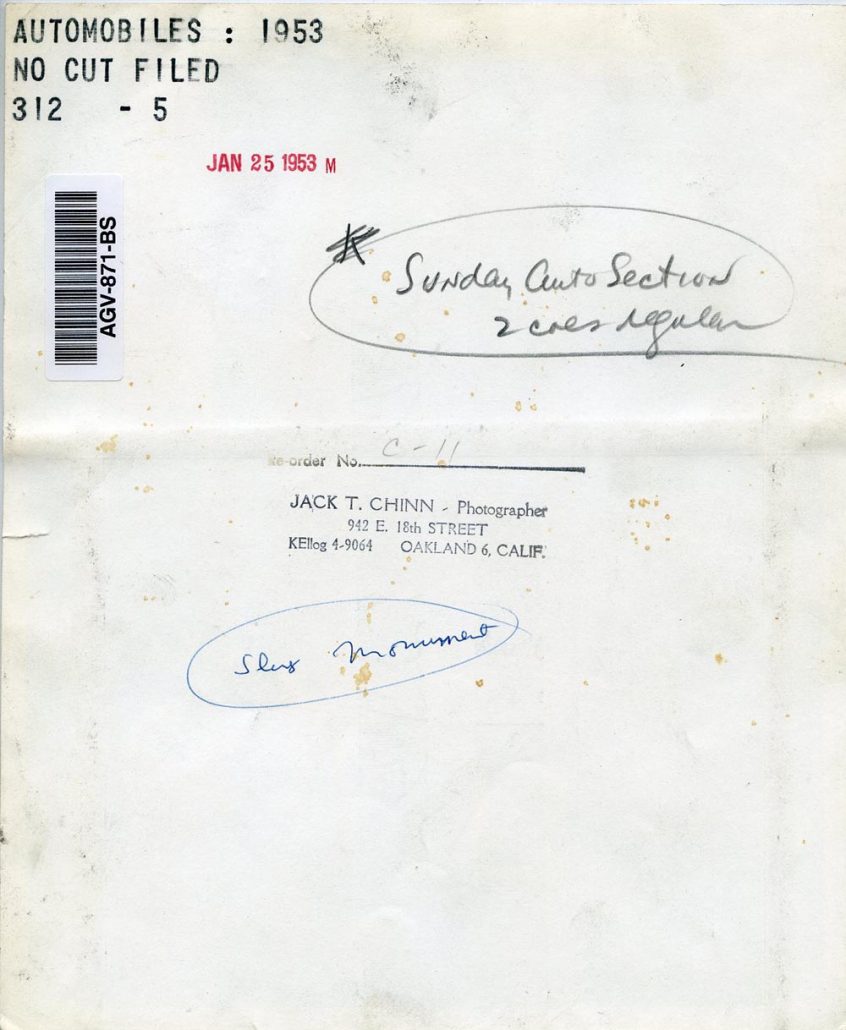 The following photo and article come from the collection of good friend Alden Jewell.  Thanks for sharing Alden!!! 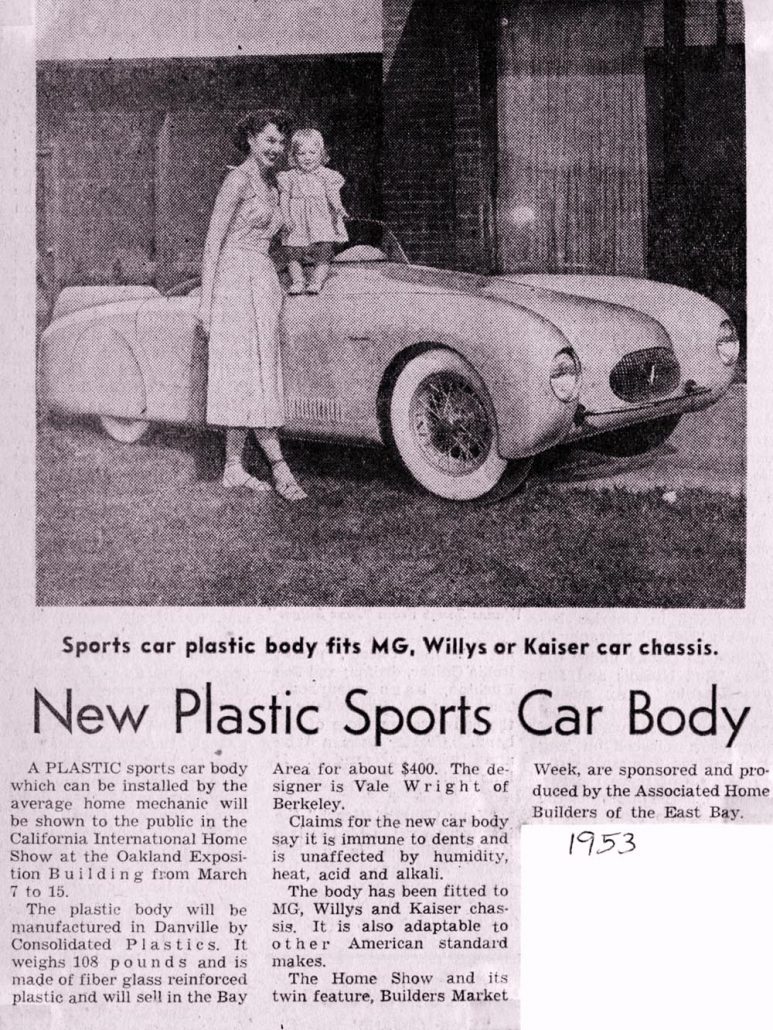 A plastic sports car body which can be installed by the average home mechanic will be shown to the public in the California International Home Show at the Oakland Exposition Building from March 7 to 15 (1953).  The plastic body will be manufactured in Danville by Consolidated Plastics.  It weighs 108 pounds and is made of fiberglass reinforced plastic and will sell in the Bay Area for about $400.

The designer is Vale Wright of Berkeley, California.  Claims for the new car body say it is immune to dents and is unaffected by humidity, heat, acid, and alkali.  The body has been fitted to MG, Willys, and Kaiser chassis.  It is also adaptable to other American standard makes.  The Home Show and its twin feature, Builders Market Week, are sponsored by the Associated Home Builders of the East Bay.

It’s interesting that the article above discusses the fitting of bodies to Willys and Kaiser chassis-based cars.  We’ve never found a photo of these cars, an article about their building, or been contacted by someone who remembered anything about these “other” cars.  Confirmation and stories (personal stories too) continue to revolve around the first MG based Vale Sports Car.  Only this first car has been confirmed to have been built.  Good friend Marshall Foxworthy tracked down the Vale Wright family, but alas….they were unable to confirm any more detail than what we are sharing above on the first car (and the race car he built too).

As for the company that built the body(s), its actual name was Industrial Plastics – not Consolidated Plastics as mentioned in the article.  I’ve been looking for the family who built this company and hopefully will find the relatives “relatively” soon.  What a treasure trove of information they may have.  Industrial Plastics was involved in the building of the Maverick, Vale, the Le Blanc-Bardahl Streamliner, and several other cars too.  What a day that will be when I find the family and if they have history on their “elder” who created it back in the day 🙂

So for now, your new “fiber-mission” – if you choose to accept it – is to research, look for, find, and seek the lost Vale Sports Car – and perhaps its near twin race car (called ‘lil Stinker).  What an amazing story this will be if we can return this lost “fiber-gem” back to the fold of the ever-growing fiberglass sports car appreciation community.