* First, in March, 2013 we debuted our 1962 Shark Roadster at the Amelia Island Concours d’Elegance.  Click here to review the story on the road to Amelia.

* Next month, May, 2013, we’ll be making our first-time appearance at the Carlisle Import and Kit Nationals featuring Forgotten Fiberglass cars, Renault based specials, and seminars in both areas too.  Click here to review this upcoming show – less than 30 days away gang – and consider joining us too!

* In August, 2013, we’ll be back at the magnificent Milwaukee Masterpiece Concours d’Elegance to feature several classes of handcrafted, limited production vehicles (aluminum, steel, fiberglass) that should “wow” everyone who participates and attends.  Click here to learn more about this show – and participate as well.  We’d love to have you, your car and/or both at Milwaukee in August 🙂

And now we have the best way to finish 2013 with our gang of ‘glass from Forgotten Fiberglass.  Rick D’Louhy and I have been working with our friends at Hemmings Motor News to include a class of American Fiberglass Specials for their 2013 Hemmings Motor News Concours d’Elegance.  And we just received great news…the class has been approved!  Yea!  Promotion began last week and will continue for this event and our class of cars through the summer and early fall. 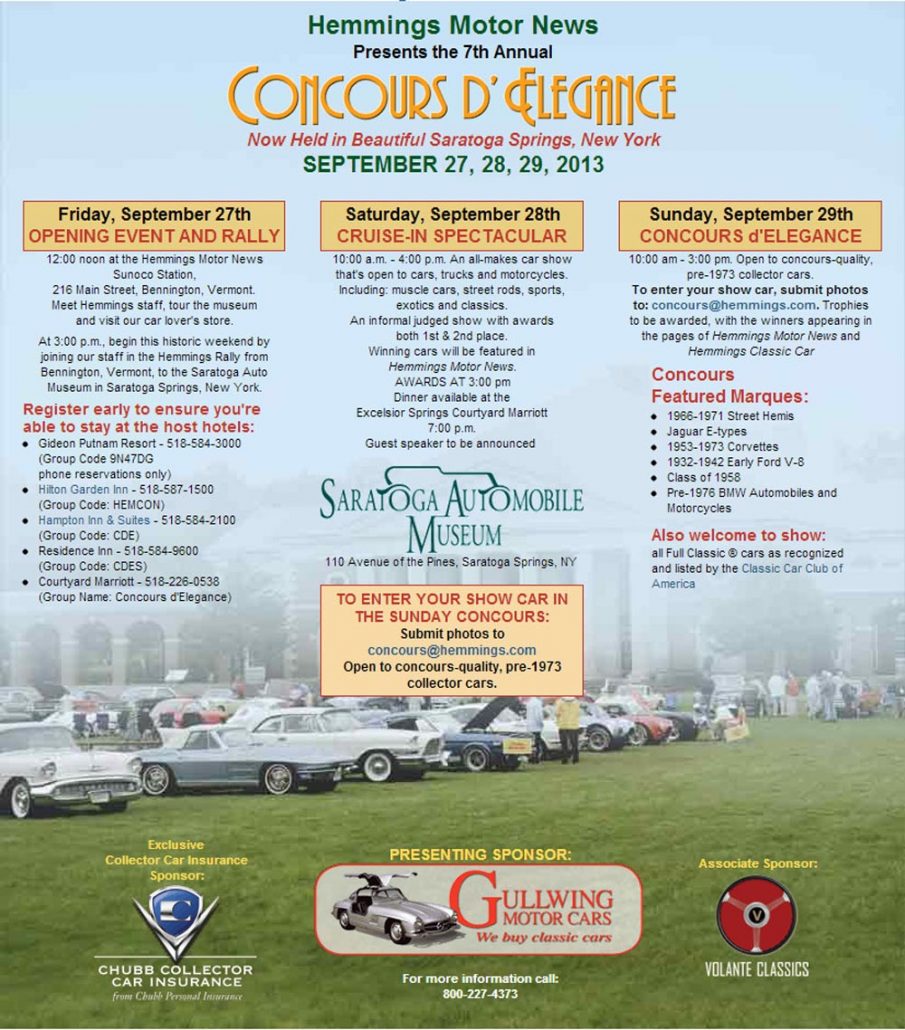 In anticipation of what should already be an outstanding event, another class of automobiles has been added to this year’s Hemmings Motor News Concours d’Elegance (formerly known as the New England Concours d’Elegance): American Fiberglass Specials of the ’50s.

The class will accompany an already exciting list of featured marques, including 1966-1971 Street Hemis, Jaguar E-types, 1953-1973 Corvettes (in celebration of their 60th anniversary), 1932-1942 Early Ford V-8s, Class of 1958 and Pre-1976 BMW Automobiles and Motorcycles, as well as our other standard Vintage Trucks, Muscle Car, European Sports Cars, and Classics classes, and more.

Chairing the limited class of American Fiberglass Specials of the ’50s will be Geoff Hacker and Rick D’Louhy of Forgotten Fiberglass, as well as others from their group.

While the Corvette may be the most recognized fiberglass automobile within the hobby today, during the early and mid-Fifties it was hardly the only such car in existence; many looked for an alternative. Building your own sports car was not just a novelty – it’s what you did if you wanted a conceived, designed, built, and driving American sports car.

All but forgotten today, cars with names like Glasspar, Victress, Woodill Wildfire, Allied, Almquist, LaDawri, Devin, Kellison, Byers, Meteor and others were attracting attention; and people noticed when cars such as these appeared on more than 100 magazine covers in the Fifties. 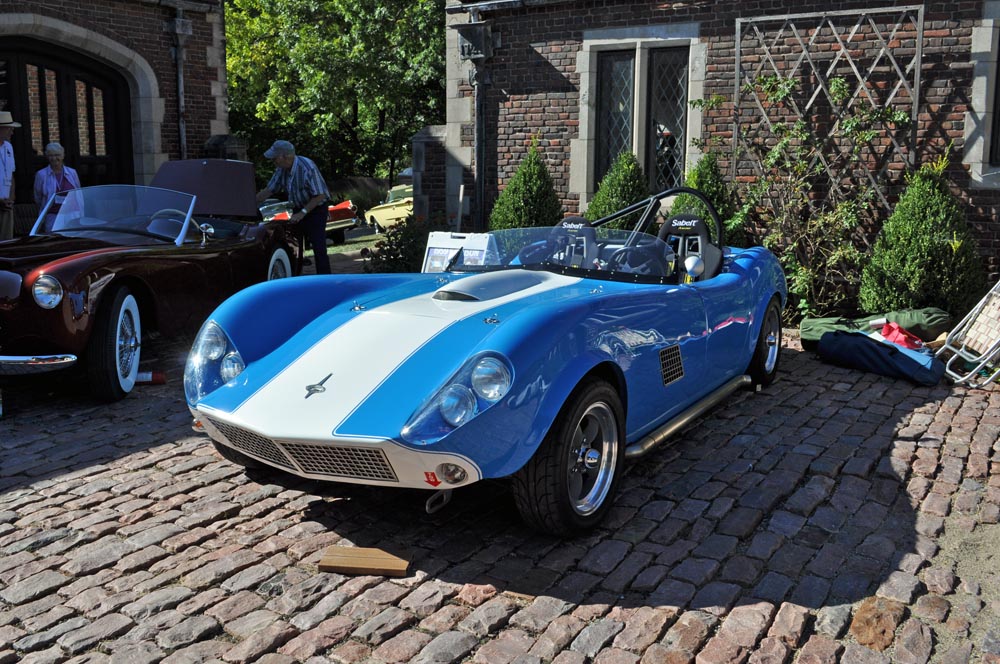 Few of these special-built cars remain today, and for good reason. Less than 2,000 bodies from all manufacturers were built across America through 1960. The average sports car took 2,000 hours to build, which equates to roughly 40 hours/week over the course of nearly 50 weeks – almost a full year dedicated to the construction.

Not many were built to a high level of finish, but you’ll see some of the finest at our Concours this year, which will bring back the excitement people felt when one of these cars initially appeared.

Car owners who are interested in entering their “Forgotten Fiberglass,” or any other vehicle, in this year’s event, please send a few photos and a brief write-up about the car to us at concours@hemmings.com. As always, all vehicles must be factory originals and in show-quality condition – Fiberglass Specials aside due to their uniquely specialized construction, no modified or customized cars permitted. The concours takes place on September 27-29 at the Saratoga Automobile Museum in Saratoga Springs, New York. 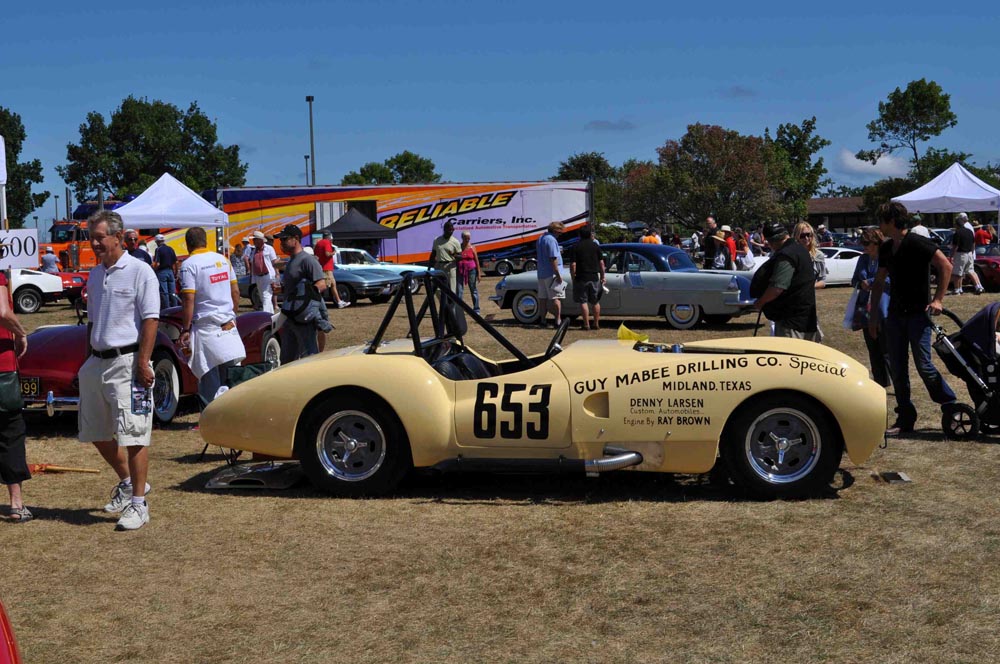 We’re looking for eight fiberglass specials to join us for this special event.  Three have already tentatively confirmed and these are:

A few spots are left for some special Forgotten Fiberglass cars on the field.  Will it be yours?   If you are interested, click on this link and follow the directions to submit your application.  And you can also contact me directly with any questions.  I’m always glad to help here at Forgotten Fiberglass 🙂