Where have all the streamliners gone???

Good friend and automobile historian Glenn Brummer is tracking down interesting rarified stories about cars, vehicles and auto ephemera, near and far – and today’s story from Glenn is from far, far away:  Australia.

But I love the topic!  Art deco, streamlined trucks!  Wonderful design and written about by few others such as Michael Lamm of Special Interest Auto fame and John Gunnell.

So here’s one to add to the collections out there gang, and hats off to Glenn Brummer for his research acumen, photos, stories, and friendship. 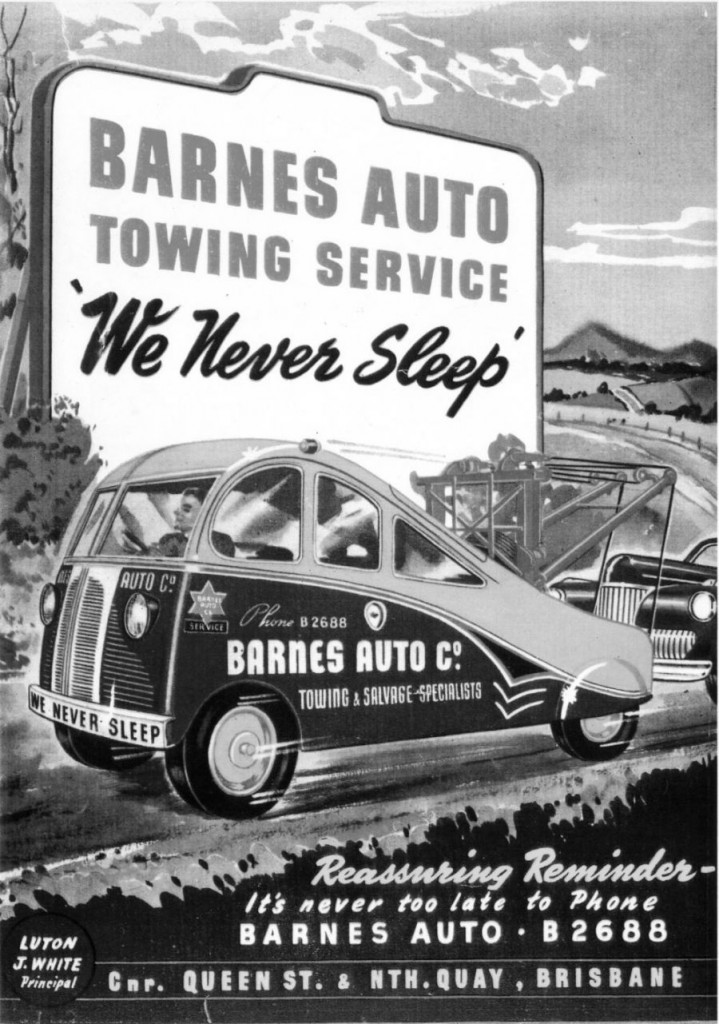 Streamliner From Down Under

The Barnes Auto Co. has been around a long, long time in Brisbane, Queensland, Australia.

As far back as 1914 they were towing wrecks and rescuing vehicles long before the tow truck market became very competitive.  Their tow trucks were always recognizable with blue and orange strips adorning their vehicles.

In about 1937, Luton J. White, the owner of Barnes Auto Co., together with Alan White, conceived an idea to build a streamlined wrecker – something strikingly modern.  In appearance the vehicle was a complete departure from anything normal for the day, as can be seen in the accompanying pictures.  Both front and rear ends are rounded so that maneuvering in tight spaces is easy. 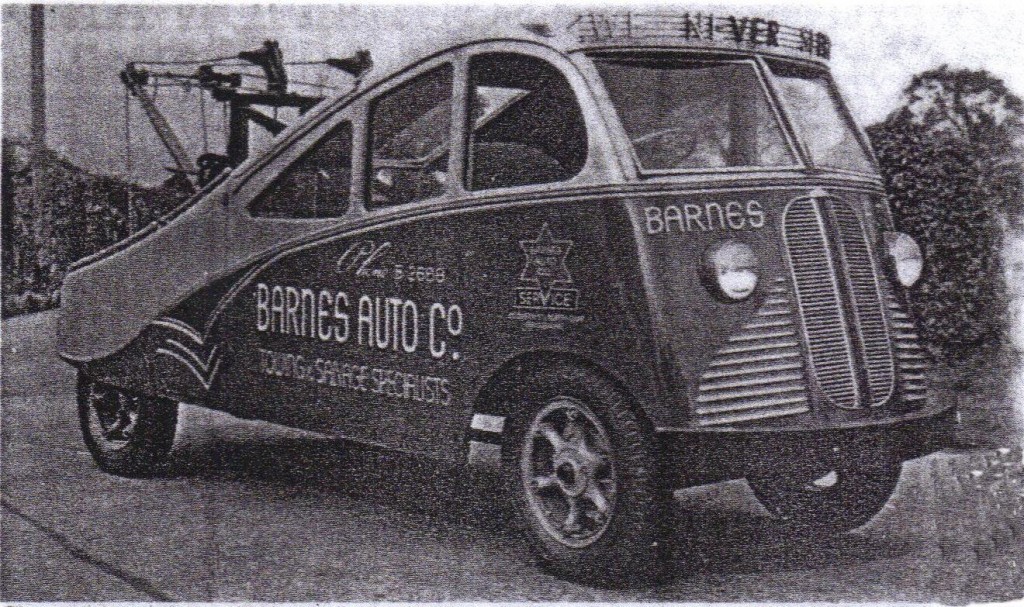 The visibility from the driver’s seat is extraordinarily good and will facilitate easily, the work of handling any job.  They chose a 1938 Dodge 6 two-ton truck chassis, shortened and reinforced and converted to full forward control.  The engine developed 78 horsepower and with a special low gear in the four-speed gear box, it would climb the steepest grades and go where no others could go.

Alan’s grandfather, Jack White, designed and built the power unit which was connected through a series of special reduction gears and double-faced clutch to a double jib hoist capable of lifting ten tons.  The hoist could be adapted, with the use of additional equipment, to raise a car or truck from any location, not only at either side or rear, but even in front.

The lifting and trailing gear was arranged so that four vehicles could be towed at once – three at the rear and one in front.  On the hoisting gear there was 600 feet of wire rope, giving a direct pull from that distance.  Quick-action cable grips were carried to expedite the work of long distance pulls. 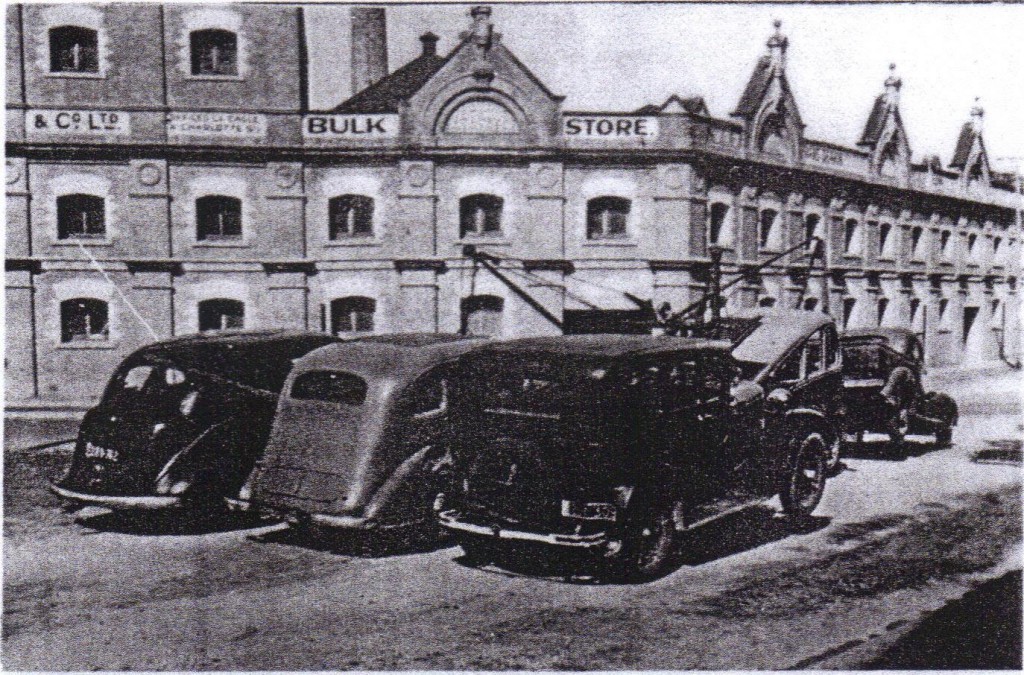 The unique streamlined body was built by Watt Brothers of Wolloongabba (now Watt’s Bus & Coach Works PTY LTD) and was a highly specialized job.  The vision all around was excellent and the interior was lined with Masonite.  The operator sat forward and the passenger’s seat was across middle.

This truck remained in service until the mid 50’s when it was replaced by a crew cab English Dodge.

Many thanks go out to Andrew McCowan and Julie-Anne Carle of Barnes Towing & Salvage and especially to Barrie Watt of Watt’s Bus & Coach Works for their assistance in the preparation of this article. 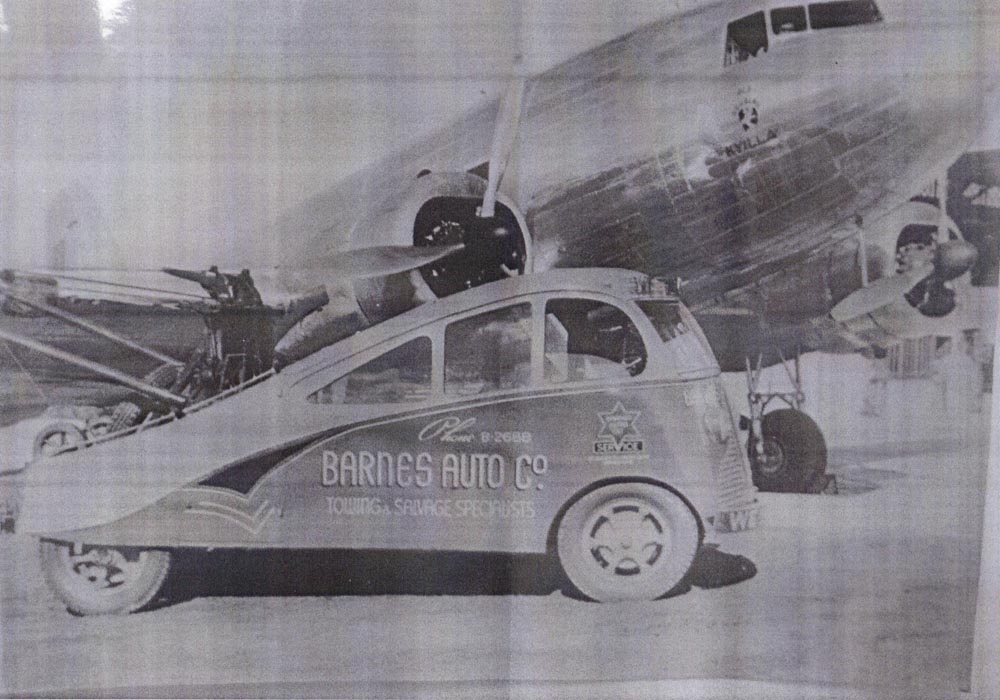 Recently, Glenn inquired about the disposition of the tow truck – what happened to it.   Barrie Watt of Watt’s Bus & Coach Works  shared the following:

I’m sorry to say, the tow truck finished up at the Nudgee rubbish dump near the brisbane airport about 15 years ago.

My trips are pretty adventurous across the United States, but I’m not sure I’m ready to cross continents in search of lost cars…

So…any of you Aussies out there in the Forgotten Fiberglass Family in the vicinity of Brisbane?  I guess it’s a long shot, but what a great non-fiberglass find this would be!  Go get ‘em gang and keep us posted on what you find.

And for those of you wishing to learn more about Barnes Auto Towing and its heritage, click here.

Thanks again to Glenn Brummer for his research prowess and willingness to research and put together this great history for us here at Forgotten Fiberglass. 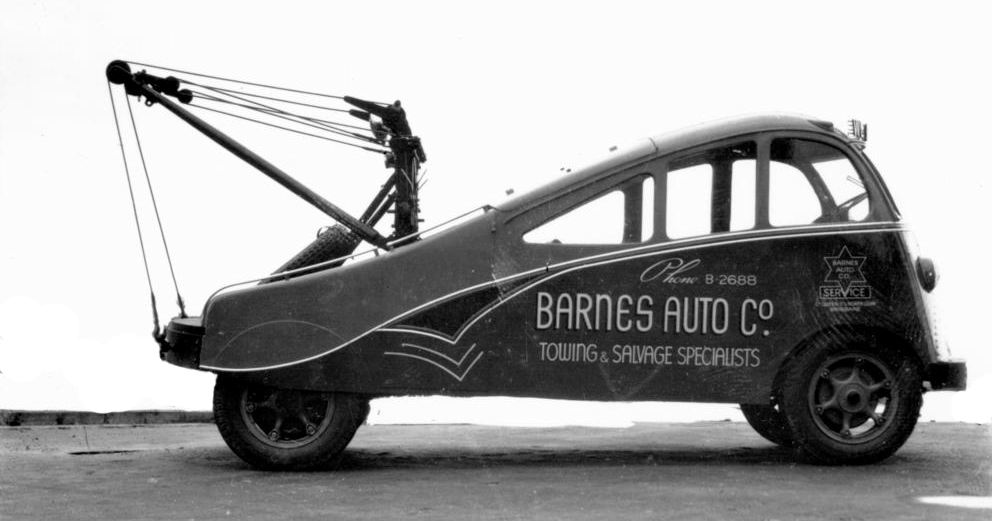 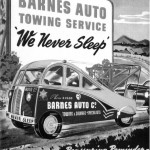 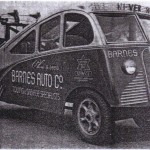 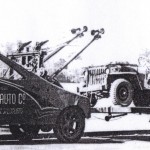 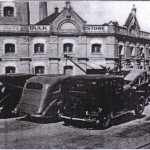 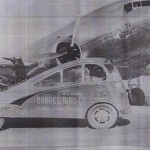 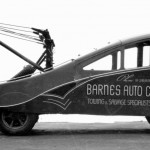 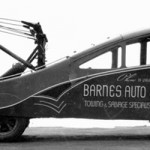