The Commons Crusader, built by William G. Commons, appeared in several magazines in ’53, and had some really neat features that you’ll read about today and in future stories here at Forgotten Fiberglass.  It was conceived, designed, and built in Southern California as were most of the fiberglass sports cars of its era.

Let’s check out a short story that appears in late ’53 in Cars Magazine. 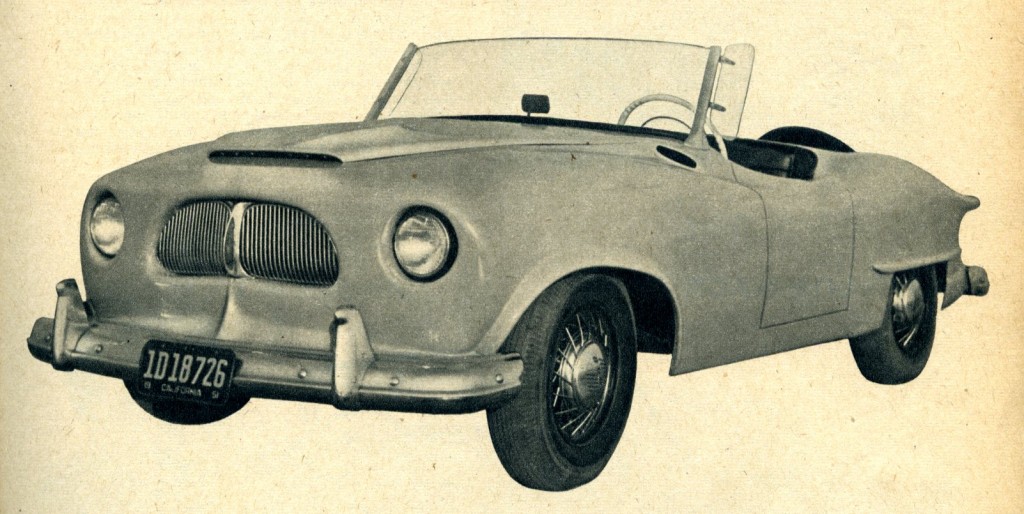 Naval architect William G. Commons of Long Beach, California, makes his living designing and building fiberglass boats.  His hobby is making plastic furniture.  So it was almost inevitable that he turned his hand to the making of a fiberglass automobile.

The happy result was the Crusader, a two-seat sports roadster consisting of a five-piece fiberglass body shell fitted to a standard Ford chassis.  The body itself weighs only 400 pounds and the complete car tips the scales at a feather-like 1900 pounds.

With the standard Ford engine of 110 bhp, the car has a favorable 17 pounds per horsepower weight ratio of accordingly crisp performance.  Although the car cost Commons nearly $5000 to build, plans are now being made for quantity construction of Crusaders at an estimated cost of around $2000. 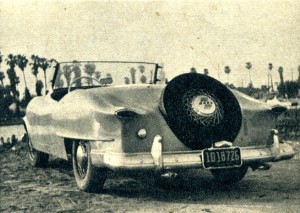 As far as we know, this Crusader was the only one built.  No mention of Crusaders – other than this initial prototype – has every been found.

There’s another fiberglass car called the “Crusader” that was built in the ‘60s by none other than good friend Chuck Tatum.  I’ll have to check in with him and learn a bit more about his car too.  I bet Chuck never knew of this car that used the same name – many years before 🙂

So where is the Commons Crusader today?  No one has seen the car since the mid ‘50s.  What a neat fiber-treasure this would be – an early one-off fiberglass sports car to find, restore, and celebrate with the rest of the automotive world – and here on Forgotten Fiberglass. 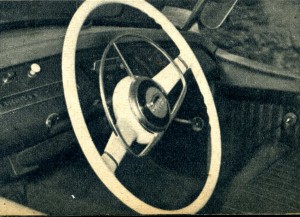 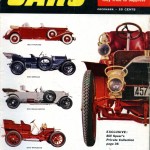 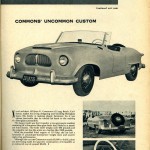 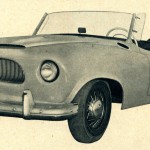 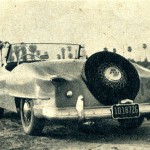 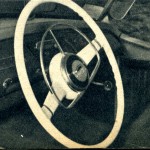 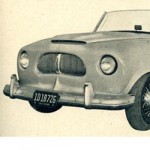