From the start, we’ve always been focused on hand-built American cars.  While mostly defined by the “sports car” genre, we’ve been intrigued by other hand-built cars, trucks, transporters and more.  So when we came across a craigslist ad about two years ago for a “long-wheelbase” Cord Phaeton, we were intrigued to learn more.  But as I always say….be careful what you research – and what you wish for. 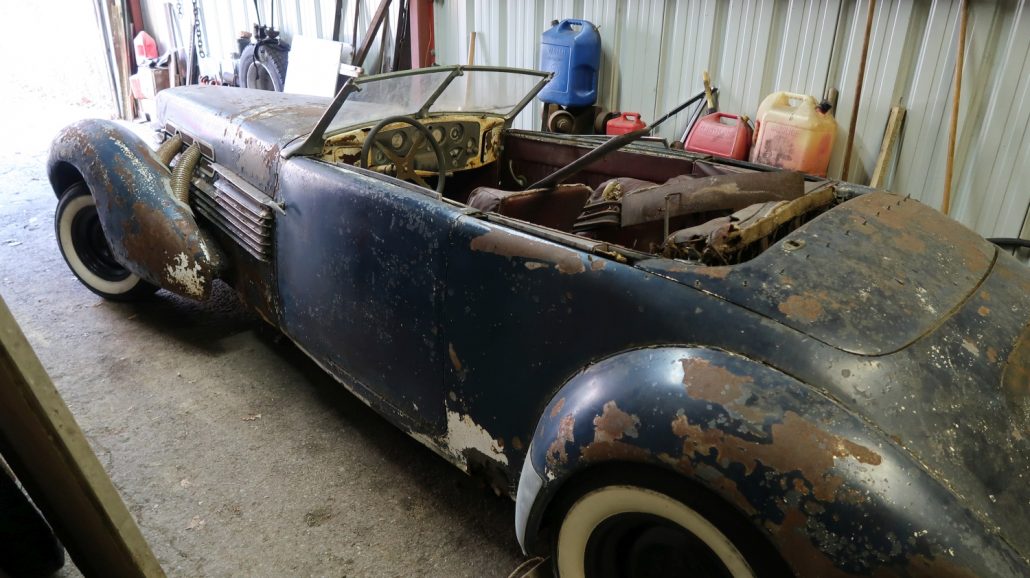 It’s interesting researching handbuilt postwar sports cars – and they didn’t suddenly “appear.”  Just after World War II ended, there was great interest in creating something small and sporty in line with some of the European sports cars seen both pre and early postwar times.

Sometimes “sport customs” were created using an original body design and other times they were created from existing cars and modified in stylish ways.  The Pebble Beach Concours d’Elegance showcased a class of these sports customs on their field in August, 2012.  Click here to learn more.

And it was in those early postwar “sport custom” years that it appears that this long-wheelbase Cord may have been created. 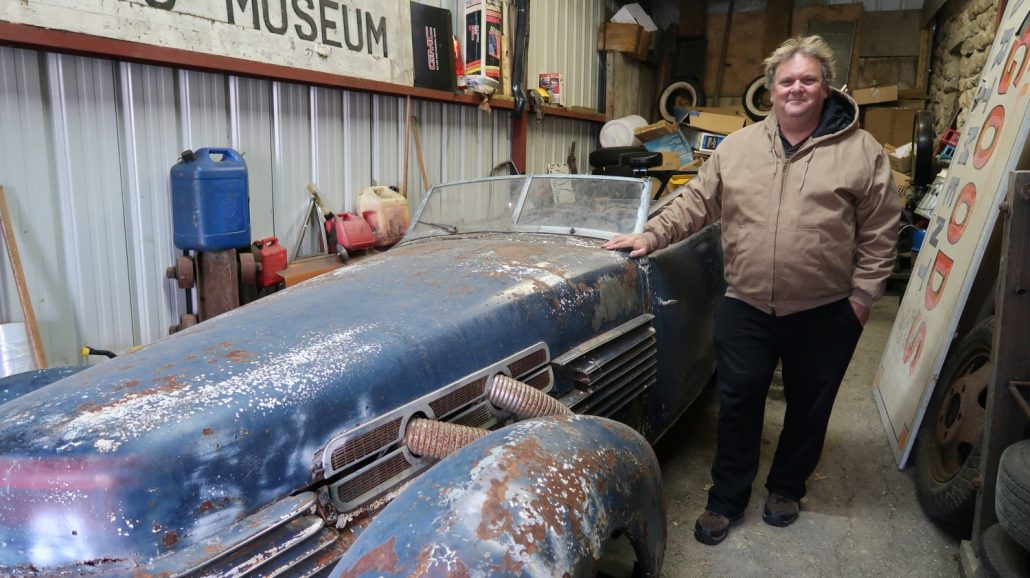 This is one long car! I’m (Geoff Hacker) shown with the Cord in this photo 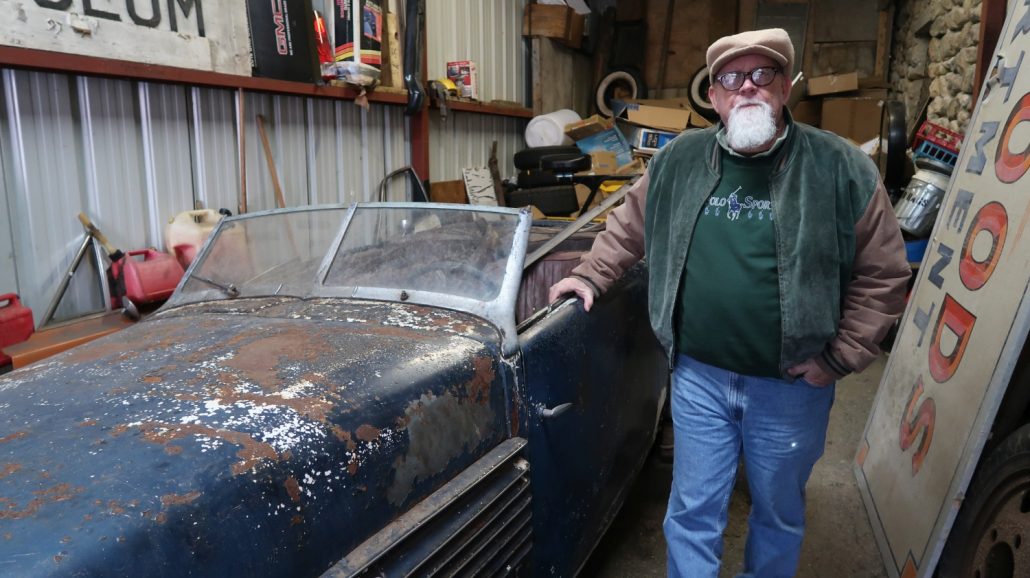 Craig Johnson photographed with the Cord as well

In reviewing magazines from the 1950s, several Cord 810 and 812 models were modified and built by creative and talented artisans across America.  Some changed out just the drivetrain making the Cord a rear-wheel drive car – and that’s not as easy as it sounds.  The Cord was a front wheel drive car with unibody and subframe construction.  This means that the body itself had to be modified to either accept a rear-wheel drive configuration or a different frame would have to be fitted to the body.  In either event, not an easy task to do.

Several modified Cords were built some on different chassis, others with modified bodies and some using just the Cord drivetrain.  It was an interesting and creative time in building and customizing your own car and we’ll feature some of the vintage photos and stories of these modified Cords in the future.  From what we know now, the modified Cord Phaeton we found is one of the few surviving postwar modified Cords with research still to follow.  An exciting find indeed. 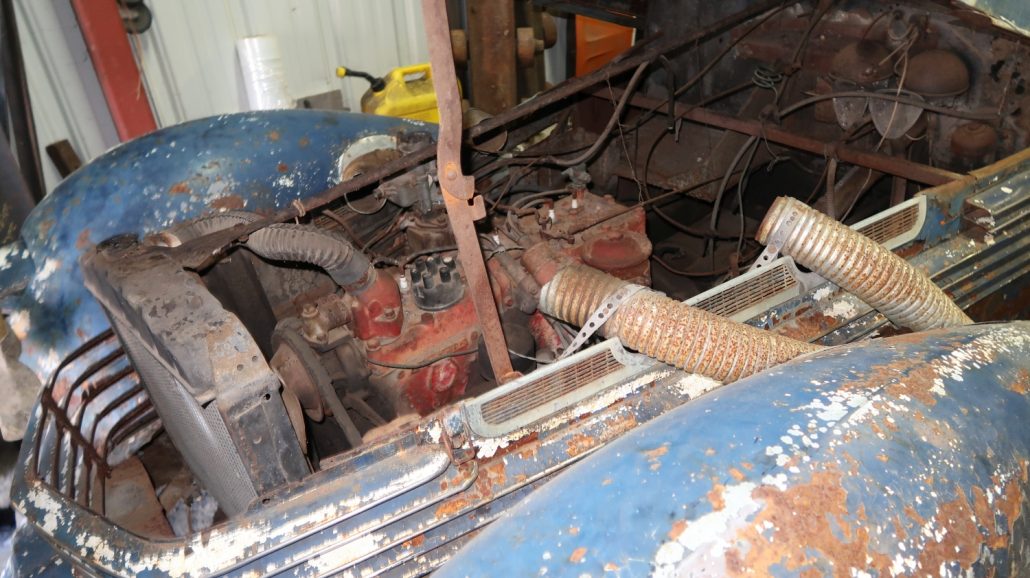 The engine and chassis used appear to be from a Chrysler product.

We’re Off To Pick up The Cord

So Craig Johnson and I headed out to check out the Cord on one of our visits in late 2017, and boy was that car long!  All modifications to length appear to have been forward of the windshield and the Cord was fitted to a Chrysler frame of unknown vintage.  The only date we could find on the car was an oil change sticker from 1962 in Lowell, Massachusetts.  Not a lot to go on, but research is never easy and at least we had a place to start. 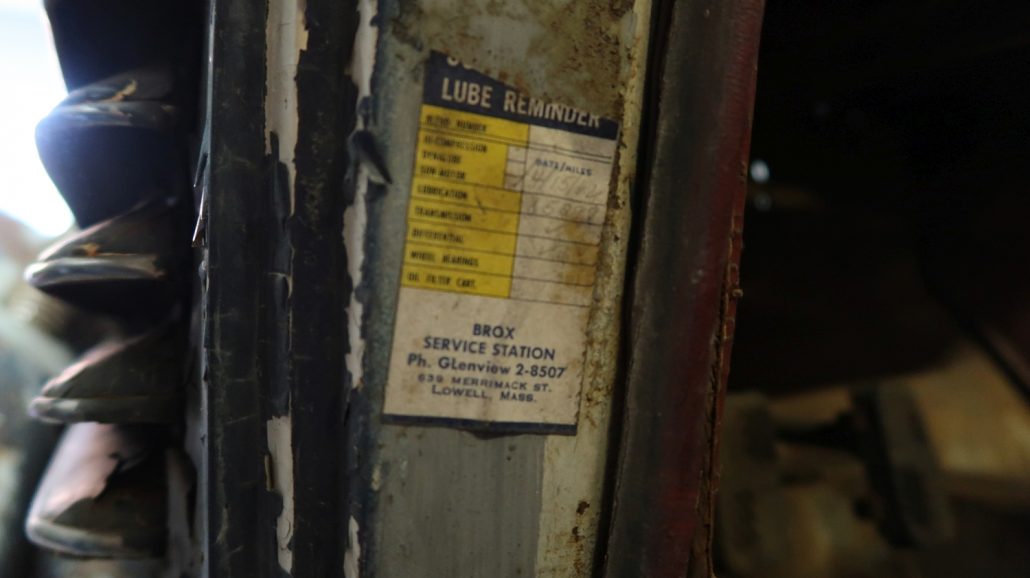 We waited out the winter and by April, 2018 we had made our way back to New England and arranged to pick up the car.   Friends from Connecticut accompanied us this time – Pete and Nick Bujnowski – and were there to help load, transport and store the Cord for us for a bit.  All went well, we transported the Cord back to their home in western Connecticut, and parked until later when we could pick it up. 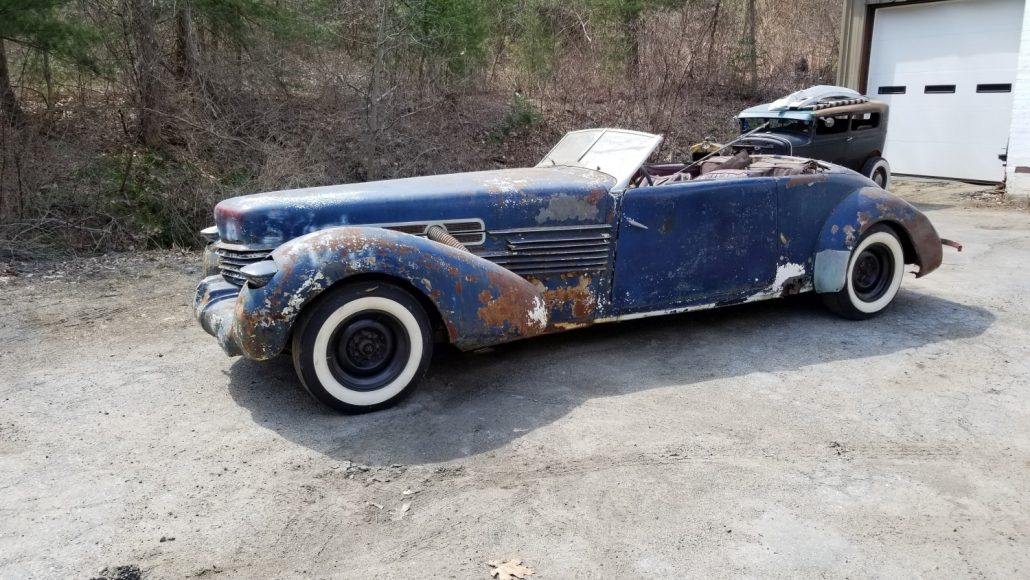 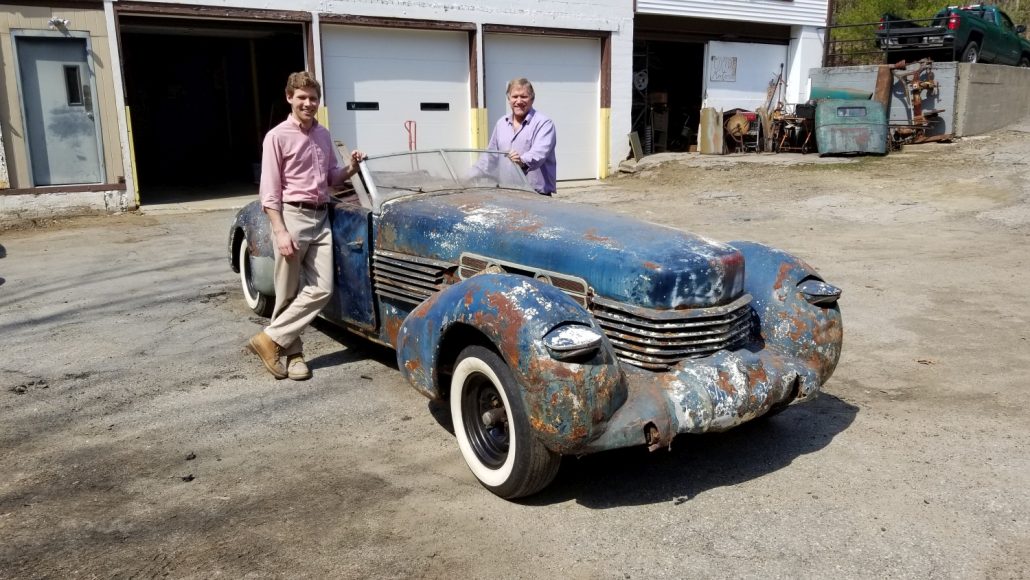 Great thanks to Nick (left) and Pete Bujnowski (right) for their help in retrieving and storing the Cord in 2018. 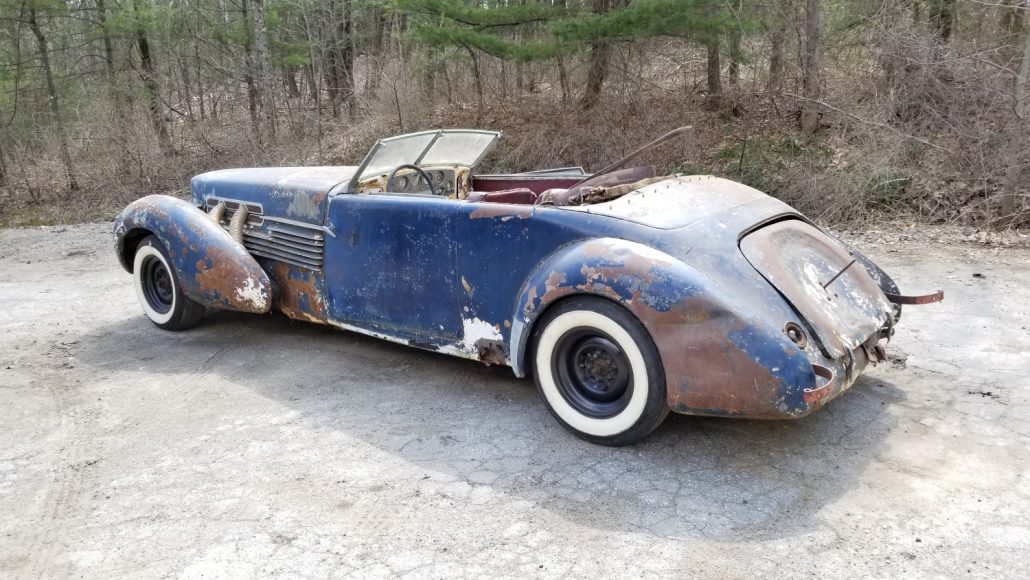 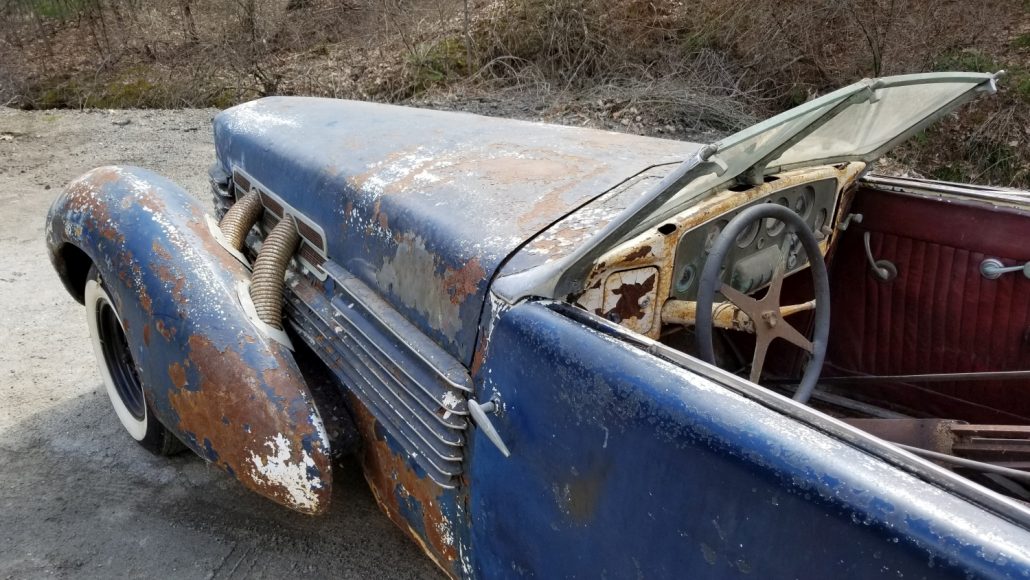 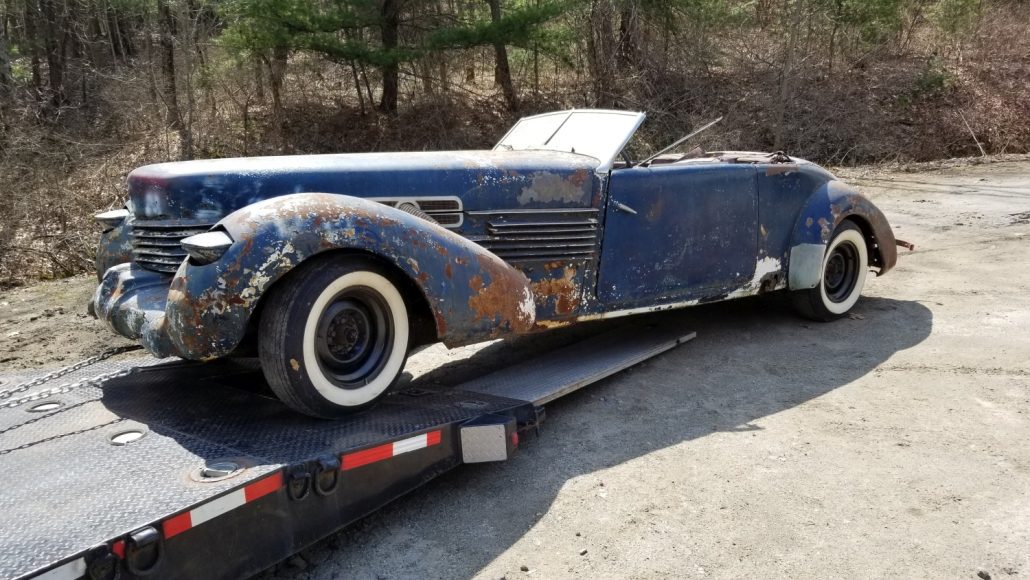 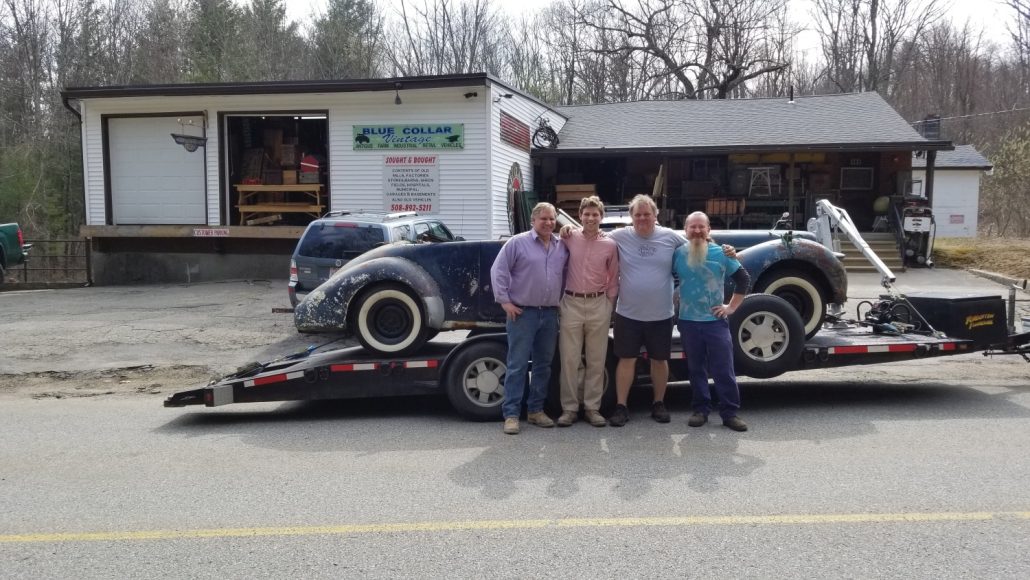 From Left to Right is Pete Bujnowski, Nick Bujnowski, myself (Geoff Hacker) and Anthony Brooks from who we bought the Cord. Thanks guys for all your help 🙂

Our travels brought us back to Connecticut with an empty trailer in late 2018 and we made arrangements to bring the Cord home – just in the nick of time.  While we were staying in Connecticut for a few days, the weather turned from “nice” to “winter” in an instant.  Florida weather is so much more predictable – Connecticut weather not as much.  So we waited a few days for the weather to clear and headed home.

The Cord was stored in a hanger making a great photo with the plane. Thanks again to Pete and Nick Bujnowski for all their help 🙂 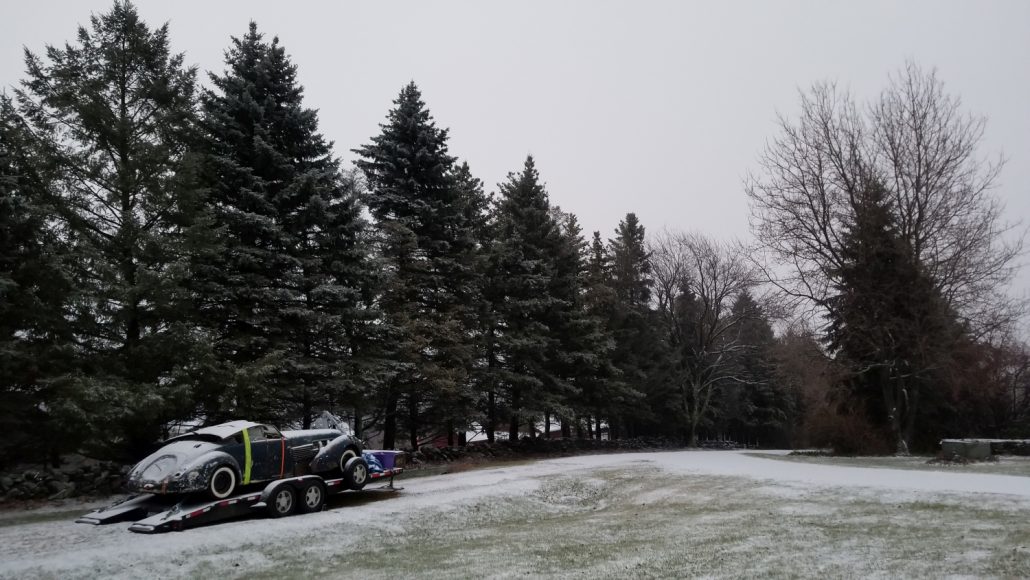 We arrived home in just before Christmas in 2018 and with the help of more friends off-loaded the Cord and put it into storage.  But what did we find and acquire?  That’s for the next part of this story.  In the meantime, check out some of the additional photos we posted below.

We mocked up some “fun” photos showing Pete’s Corvette and then Nick’s sporty Porsche towing the trailer with the Cord. 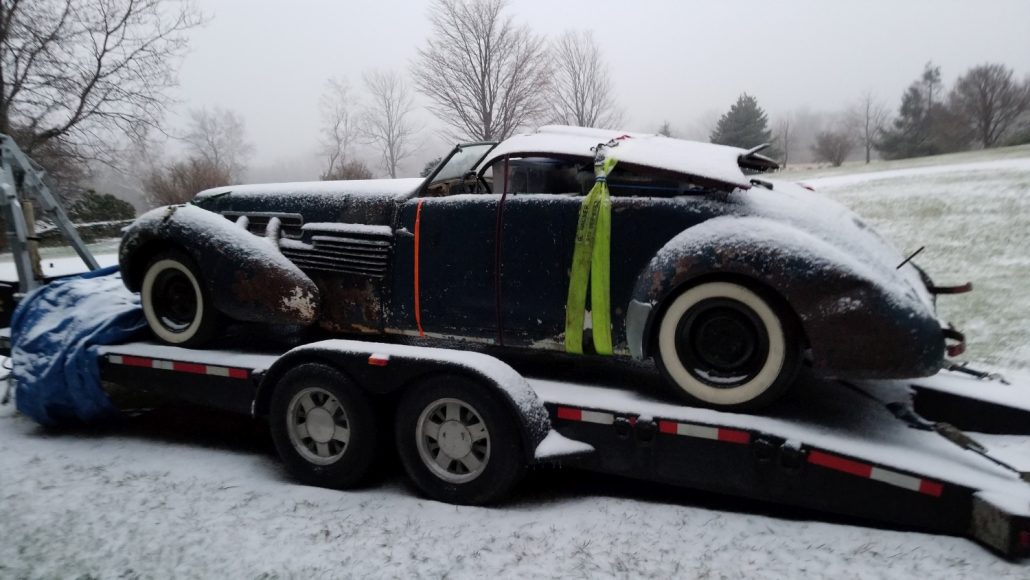 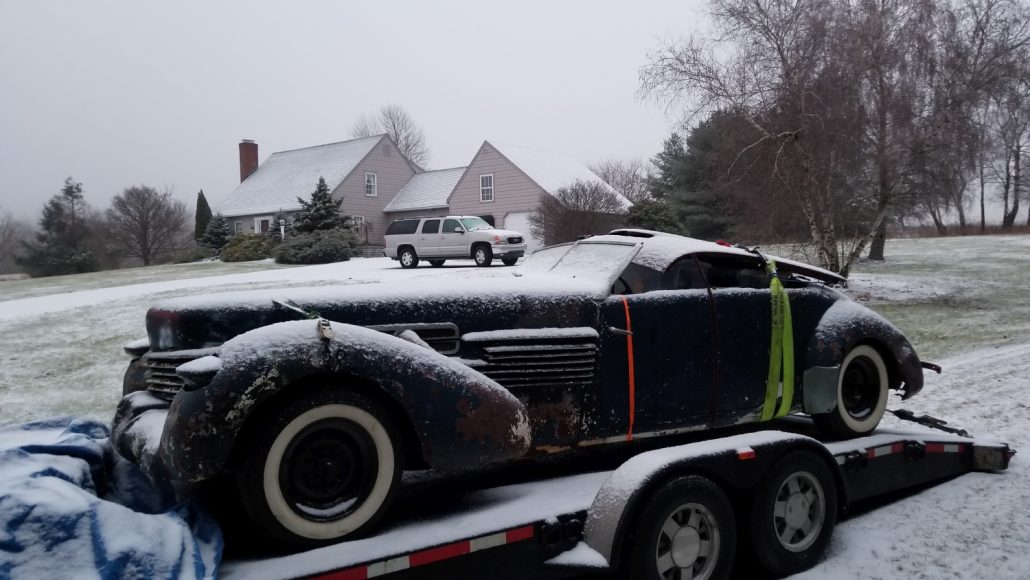 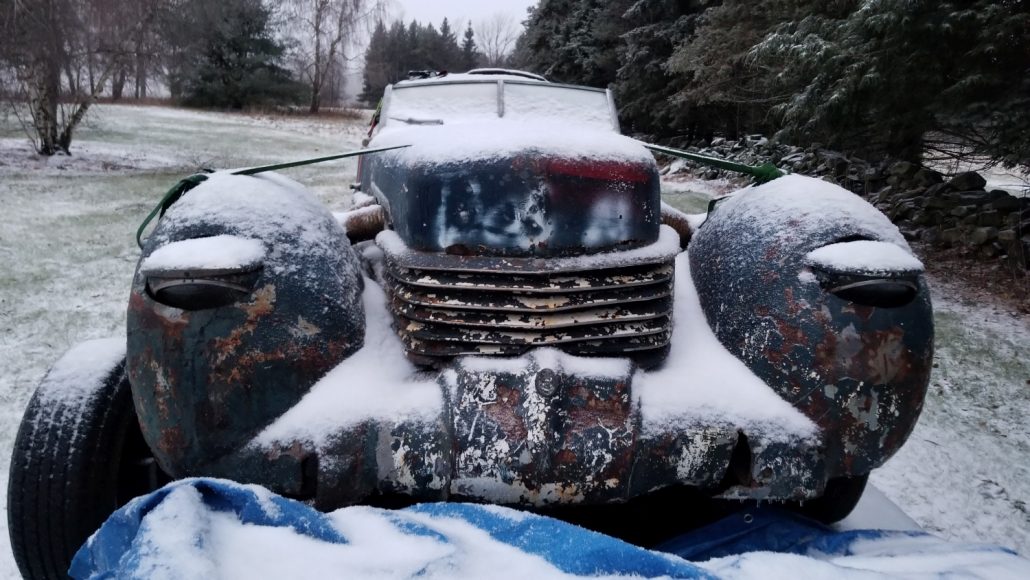 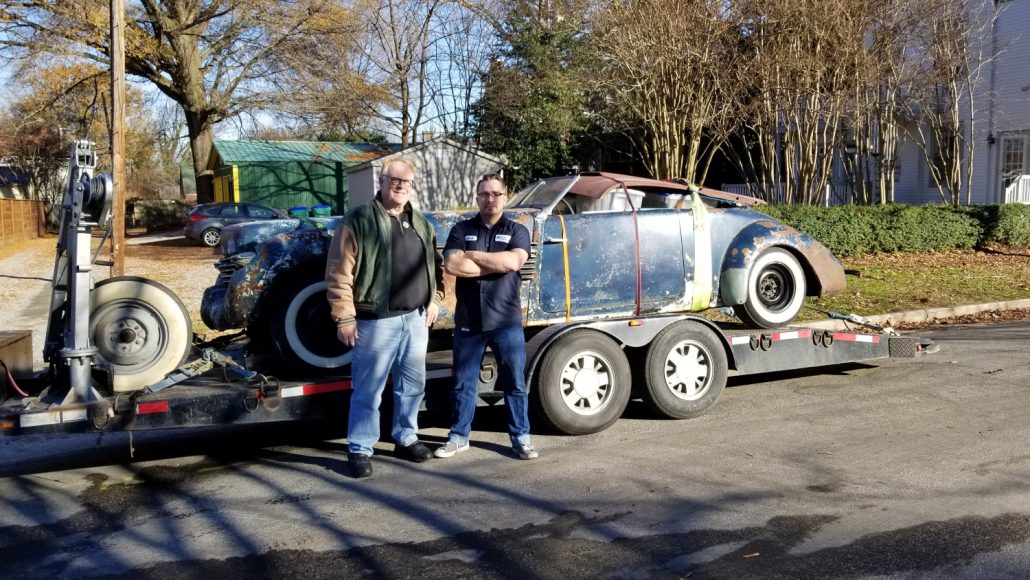 Each time we head north and south on I-95, Craig Johnson (left) and I am sure to stop by and say “hi” to Joel Driskill (right) and check out his latest projects. Always good to see you Joel 🙂 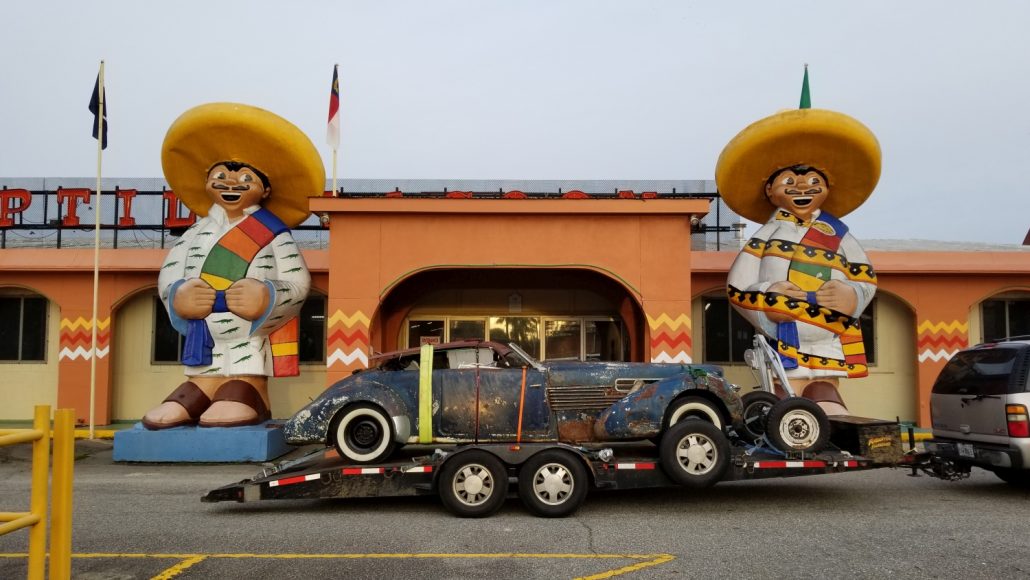 Who can avoid stopping at “South of the Border” on the border of South/North Carolina. Great fun and good food. It’s like a stop on a trip that goes back decades on a family trip to Florida. 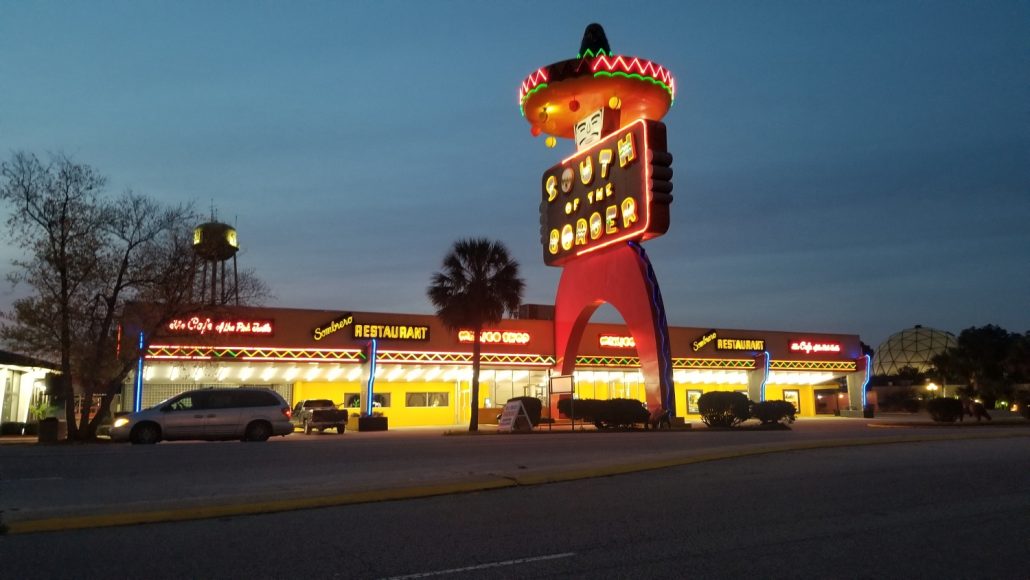 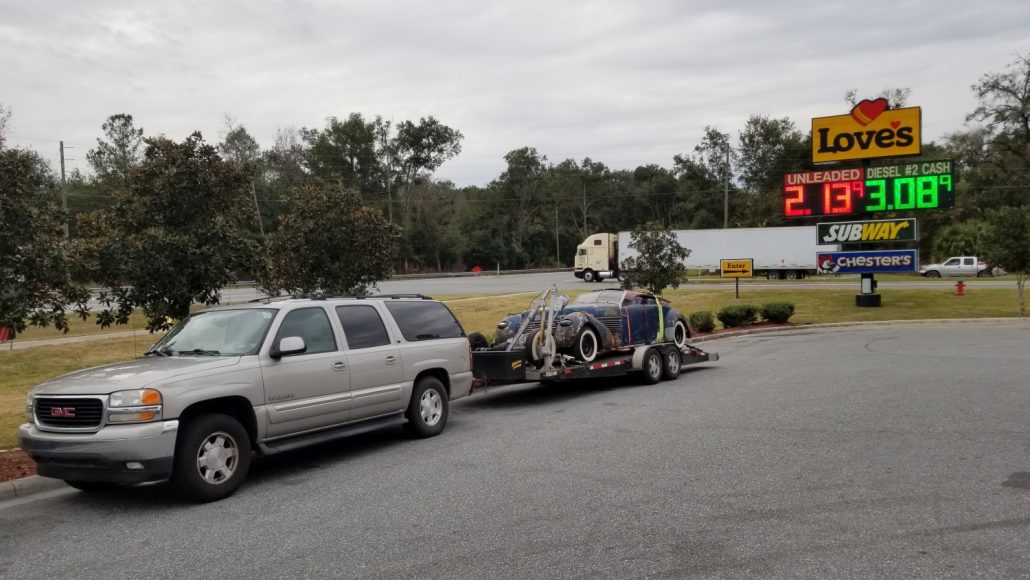 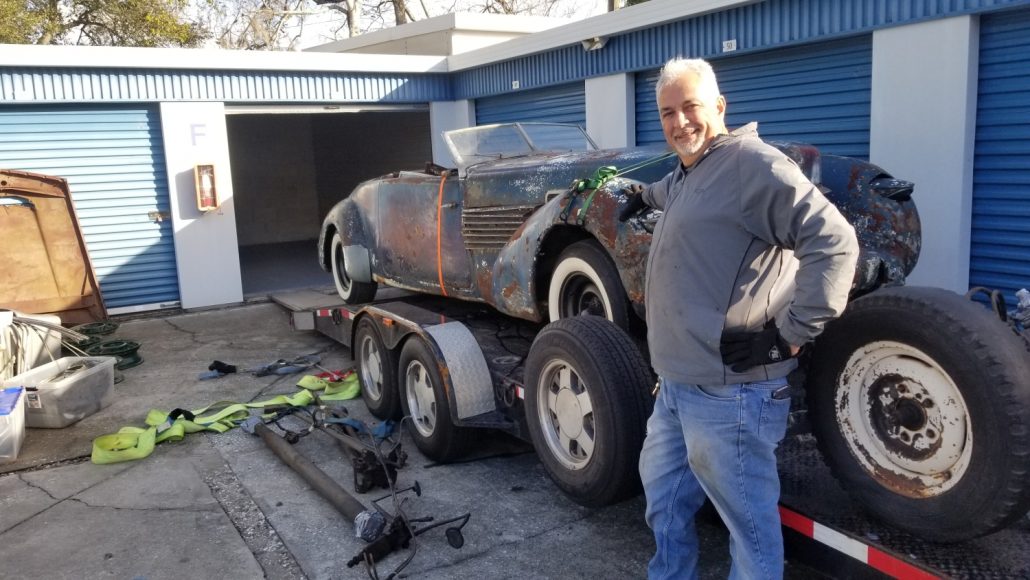 We can always count on good friend Rob Hernandez to help us with our cars when in Tampa. One of these days we’ll convince him to take a trip with us. Great fun will sure be had by all 🙂