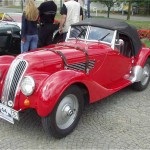 Here’s a Beautifully Restored Late 1930’s BMW 328 Roadster. This Is The Type Of “Donor Car” That Gave Up Its Chassis and Drivetrain For The Tobin BMW 328 Special.

Note:  This is a multi-part story on the 1952 Tobin BMW 328 Special.  Click here to review all articles in this series.

A fiberglass bodied sports car – on a BMW 328 prewar chassis?  Who could ask for a better story!

And the more I researched – the better it got.  Let me tell the tale…

Ebay Rules!  (It Costs me Too Much Money, Too!)

In early 2011, I was perusing eBay for cool fiberglass stuff and I located some pictures taken back in 1952 – black and whites of a car that looked suspiciously like it had a body, but nothing I had seen before.  It ended up costing me a bit more than planned, but voila….in a matter of days I had two really cool pictures.

But what was it?

The photos were taken by Herbert Roy Jaffee in 1952 – the person who was selling them on ebay – so I did what any of you researchers out there would do – called and talked to him.  He told me he goes by “Roy” and had retired some years before.  Back in the late 1940’s and early 1950’s Roy was a automobile designer and stylist who lived and worked in Detroit.  And, as a young man interested in everything “car”…. he traveled throughout the Northeast to see racing – in what we now know as racing’s “Golden Years.”  The stories Roy can tell!

So….on the back of the photos, Roy had scribbled the following:

Based on research I’ve completed so far, I believe Roy should have written BMW 328 and not 320A – but then again I’m not a BMW expert, so perhaps this difference is meaningful in some way.  Time will tell.  Let me know the answer here…if any of you are BMW experts 🙂 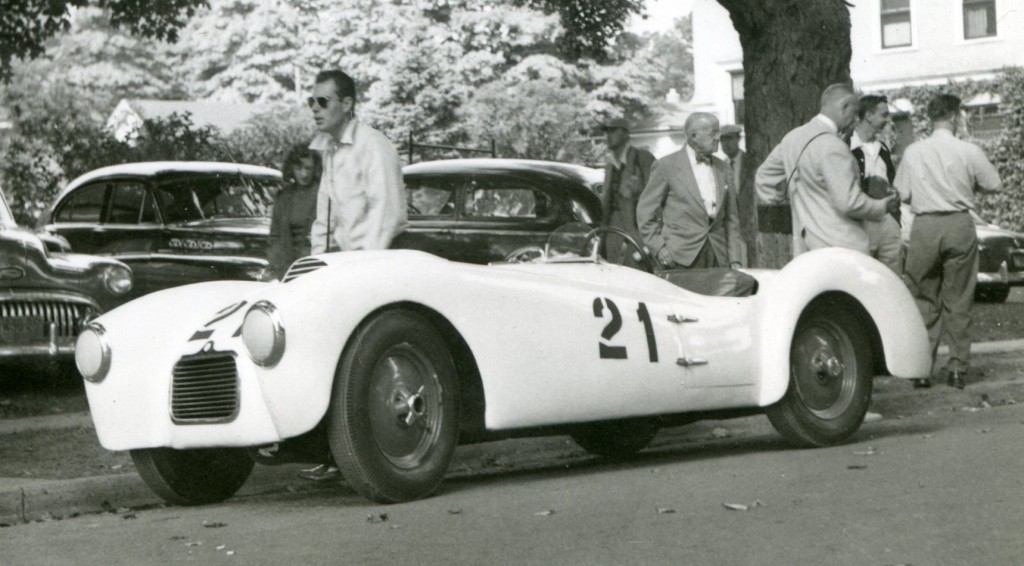 Erich “Epoxy” Schultz To The Rescue!

Of course, it was good fiberglass friend, Erich “Epoxy” Schultz who knew what it was.  After seeing the pictures, he said, “Geoff…that’s the Tobin Special….let me see what I can find on it for you.”

Music to my ears.

He quickly remembered that the car was on a BMW 328 prewar chassis.  Very interesting!  This must be one of the most exotic fiberglass specials I have ever heard of.  What a find this would be if we located this car today!  Tom Cotter….are you listening….. 😉 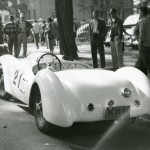 Rick D’Louhy Has Often Mentioned To Me That Few Photographers Shoot Cars From The Rear. Thankfully, Jaffee Snapped A Great Shot Here – Even Showing The Instrumentation (Photo by Herbert Roy Jaffee, 1952).

Since I’m more of a “fiberglass sports car guy” and still a budding “race car guy”, I’m more familiar with the styling and developmental history of fiberglass bodies – less about racing history.  That’s changing though.  I visited the website http://www.racingsportscars.com/ and found some interesting info on E.J. Tobin – at least as his racing history is concerned.

His best finish appears to be on August 17th, 1952 where he was identified as winning 1st place in the European Road Races at Thompson Raceway – an SCCA National event.

Click here to review all of Tobin’s racing history on www.racingsportscars.com 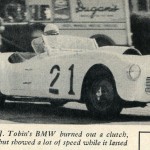 This is One Early Fiberglass Car Gang!

So far, the first record of this bodied BMW special appears at Bridgehampton on May 24th, 1952.  The Glasspar G2 and Irwin Lancer debuted just 6 months earlier at the Petersen Motorama in Los Angeles in November 1951.  Heck, the movie Johnny Dark wouldn’t be filmed for more than a year in the Fall of 1953.

This is one real early car gang!

The only other fiberglass race car I can recall on the track in early to mid 1952 was Stirling Edwards second race car – a car he called the “R-62.”  This car debuted on April 20th, 1952 at the Pebble Beach road races, so it’s just one month earlier than the Tobin BMW 328 fiberglass special – an impressive achievement for both of these cars in terms of successful use of fiberglass bodies.

Research remains to be completed confirming whether or not the Tobin BMW Special was re bodied and debuted earlier than this date (May 24th, 1952).  If it was, it just makes this accomplishment even more significant.  Think of it gang….this may be one of the earliest – if not the earliest – bodied sports car raced in America.

Erich Schultz recalls that there is an article out there describing the car in detail in one of the vintage magazines.  So far, we haven’t found it, so if any of you out there know the magazine, month and year – please let us know.  I have found some references to the car on the internet, but nothing more.

Some mention and pictures of the car appear in the book “Northeast American Sports Car Races: 1950-1959.”  This appears to be an excellent book and one worthy to be in any race car guy’s library.  Click here to review in more detail. 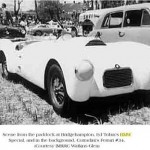 I did find a website that talked about the Tobin having been found in the 1980’s and the body removed in the Long Island, New York area.  The website shows a body that is not the Tobin we’re discussing here, but if the story on the website is accurate, the correct Tobin body may be in the New York area – waiting for one of you out there to find it and bring it home to be recognized for the history it has and the significance it achieved in the early days of racing.  Click here to review this website in more detail.

But….as far as we can tell, nothing has been found to confirm that the Tobin Special – and/or its body – has been found and preserved in any way.  So this is another one for you to find out there gang.  There must be some history and perhaps it is still lurking – like the famed Ferrari chassis hiding under a Devin body found on eBay just a few years ago.  Your fame and fortune could just be a few “barn finds” away.

So…. with all of the races that the Tobin BMW 328 Special appeared in, no doubt there are more pictures and stories out there about this car.  We just need to find them, and that’s where each of you can help.  So if you see something out there on this car gang, be sure to pass it our way.  Inquiring minds would like to know.

Update:  9/30/2011:  Convincing evidence has shown that this is an aluminum bodied sports car – not fiberglass as originally identified.  And the article that Erich Schultz mentioned above has been found too.  Research can be rough and tumble sometimes gang.  Click on the link below to learn more about the full history of the aluminum bodied “Tobin BMW 328 Special” as we continue to add stories to our website about this fascinating early aluminum bodied “special” race car. 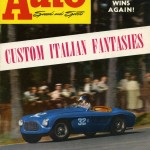 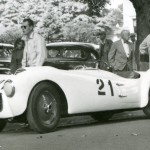 Rick D’Louhy Has Often Mentioned To Me That Few Shots Of The Rear Of A Car Exist. Thankfully, Jaffee Snapped A Great Shot Here – Even Showing The Instrumentation (Photo by Herbert Roy Jaffee, 1952).

Here’s a Beautifully Restored Late 1930’s BMW 328 Roadster. This Is The “Donor Car” Used As The Chassis and Drivetrain For The Tobin BMW 328 Special. 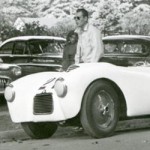