I’ve been searching for the history of this car for 10+ years – and I’m still looking.   Why you might ask?  Well the more I find out, the more interesting it gets.  I’ve traced the car back to photos shown of it in 1947 and it appears in certain custom car literature thru at least 1952.  The streamlining design is extreme, and it appears to be an east coast custom too which makes it even more rare (photos and build).  Lots of interesting aspects to this custom car.

So bits and pieces continue to come in – usually every 2 to 3 years.  Perhaps today’s story will help light the fire and interest in some of you to see what you can find.  Without delay….away we go 🙂

I first came across this car in Ed Almquist’s Custom Styling manuals.  Ed started his business early in the postwar years – 1946.  He called it Almquist Engineering, and this car starts to appear in his booklets in 1947.  Streamlining was all the rage in the late 1940s yet few customs exist from this period.  That’s probably why Ed Almquist continued to feature this custom car in his books from 1947 to 1952 – and perhaps beyond.  Let’s check out some of what we found in the Almquist literature:

The earliest image to appear showed just the rear of the car and the caption below.  I didn’t think anything of it at first, but as I acquired more Almquist manuals, the car continued to appear in photos – in different angles too. 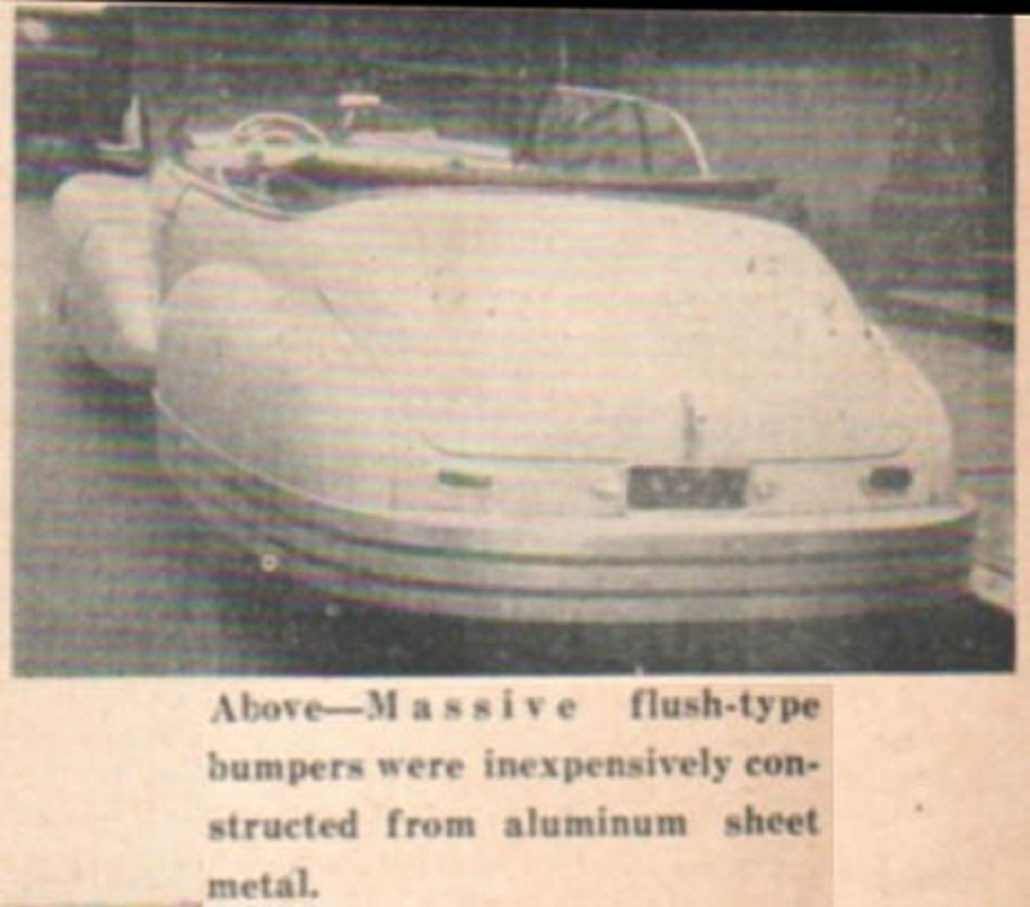 In his 1948 booklets, Almquist didn’t show a caption photo of the car.  Instead, he shared different views of the car in small posters within his book of many custom cars – on four different pages.  Again, 1948 is super early in customizing cars.  America’s first postwar car magazine, Speed Age, just started publishing in May, 1947 and Road & Track one month later.  These posters are an early glimpse of what customizing would become many years later in the 1950s. 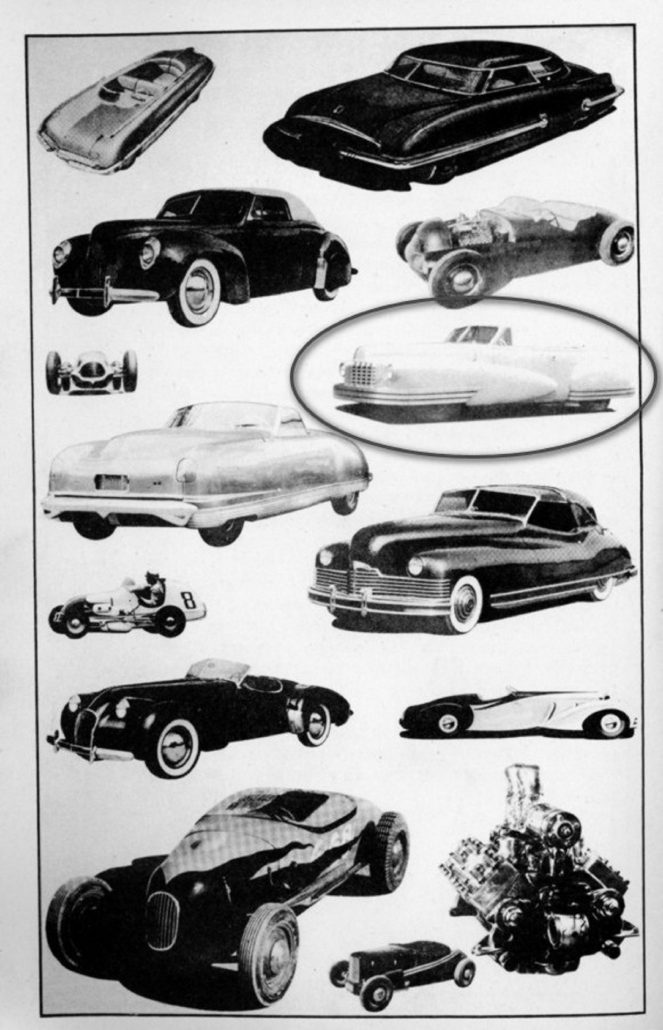 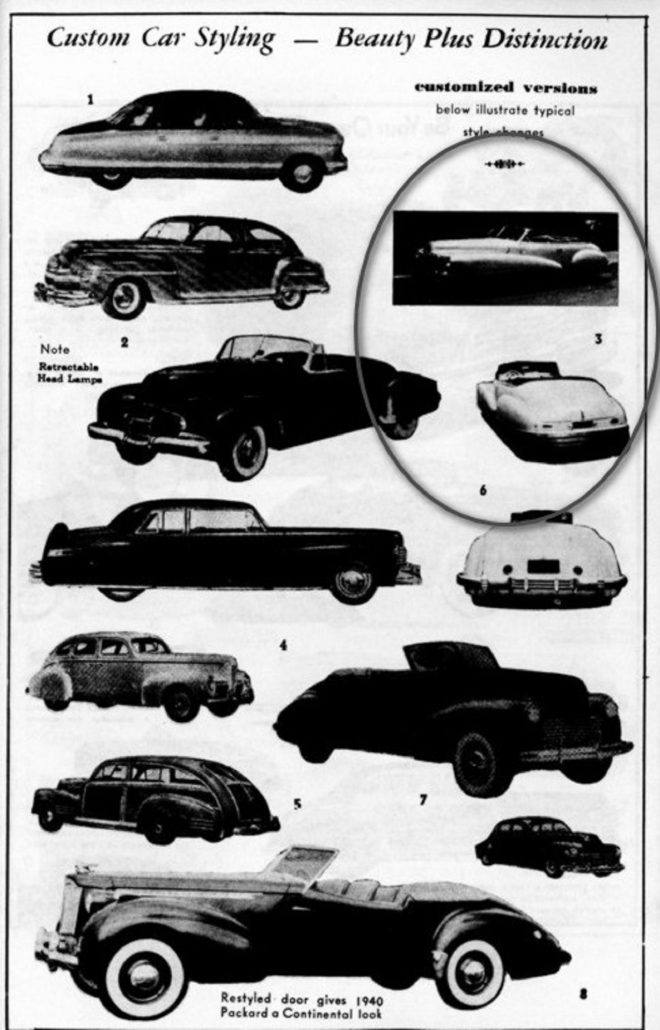 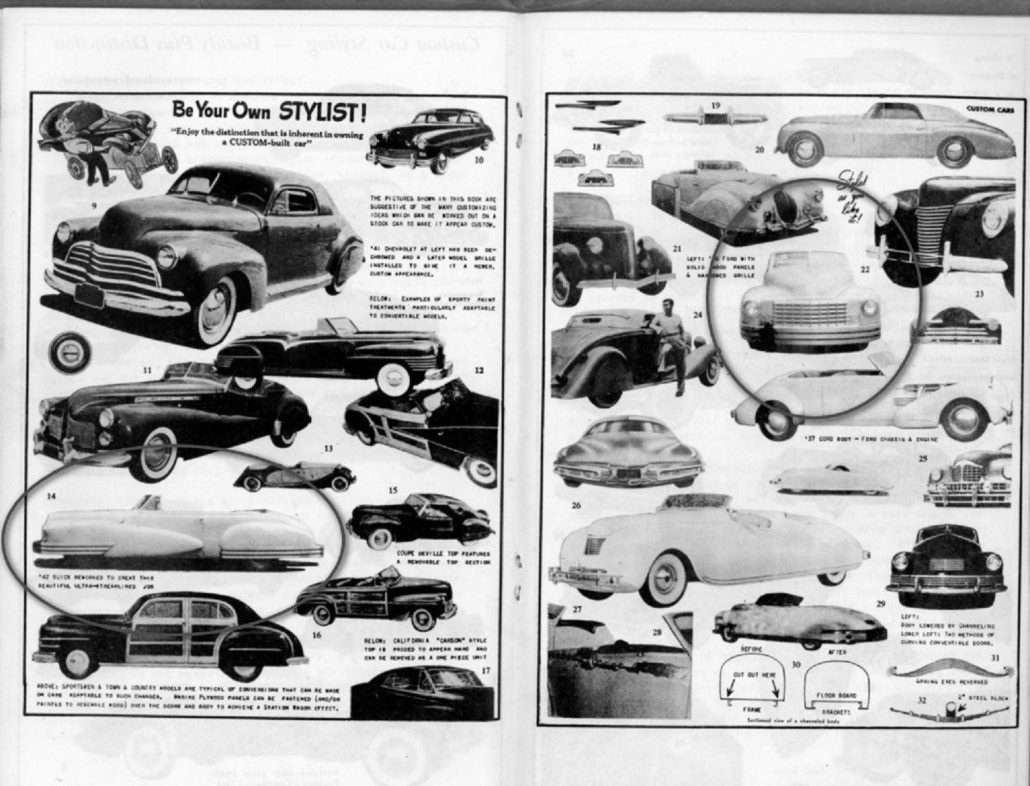 Our mystery custom shows up in three locations within Almquist’s 1951 and 1952 books as follows: 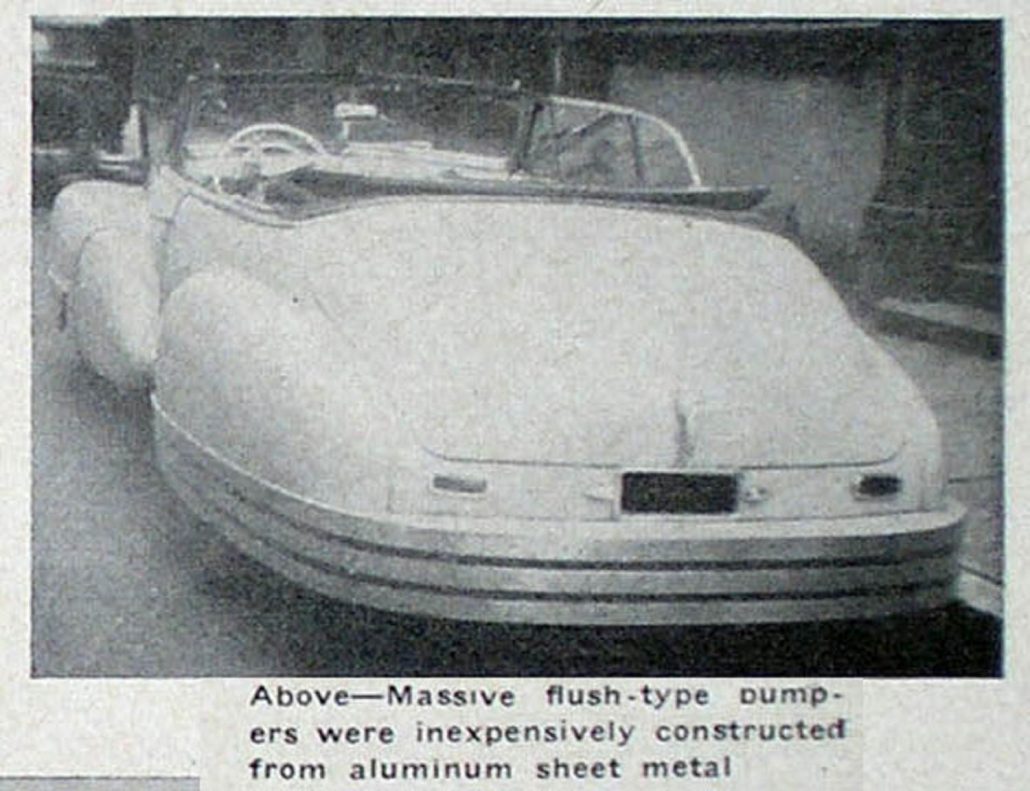 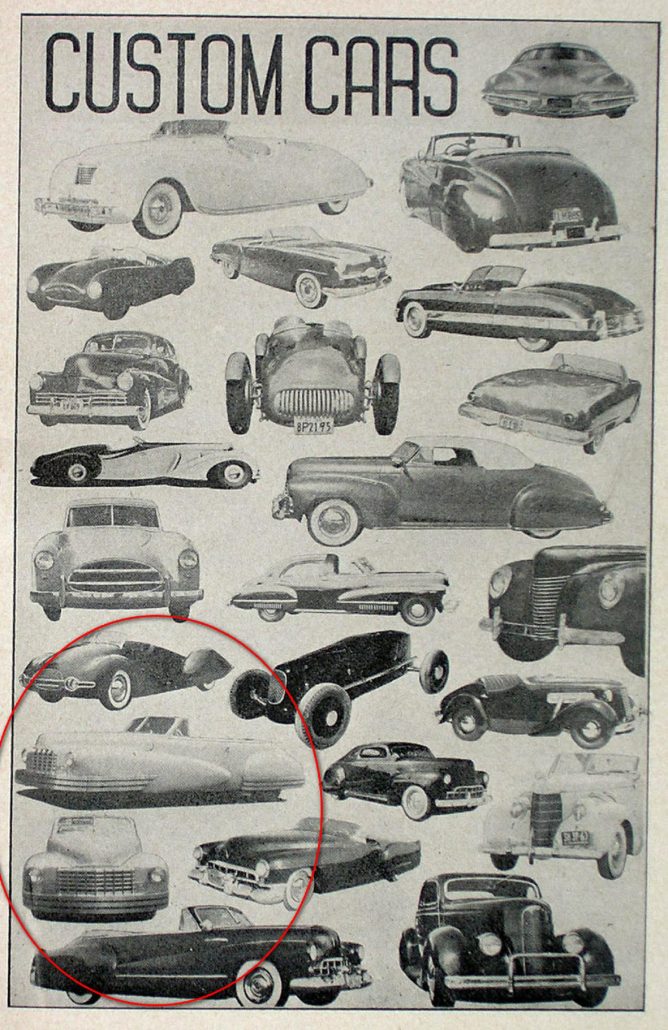 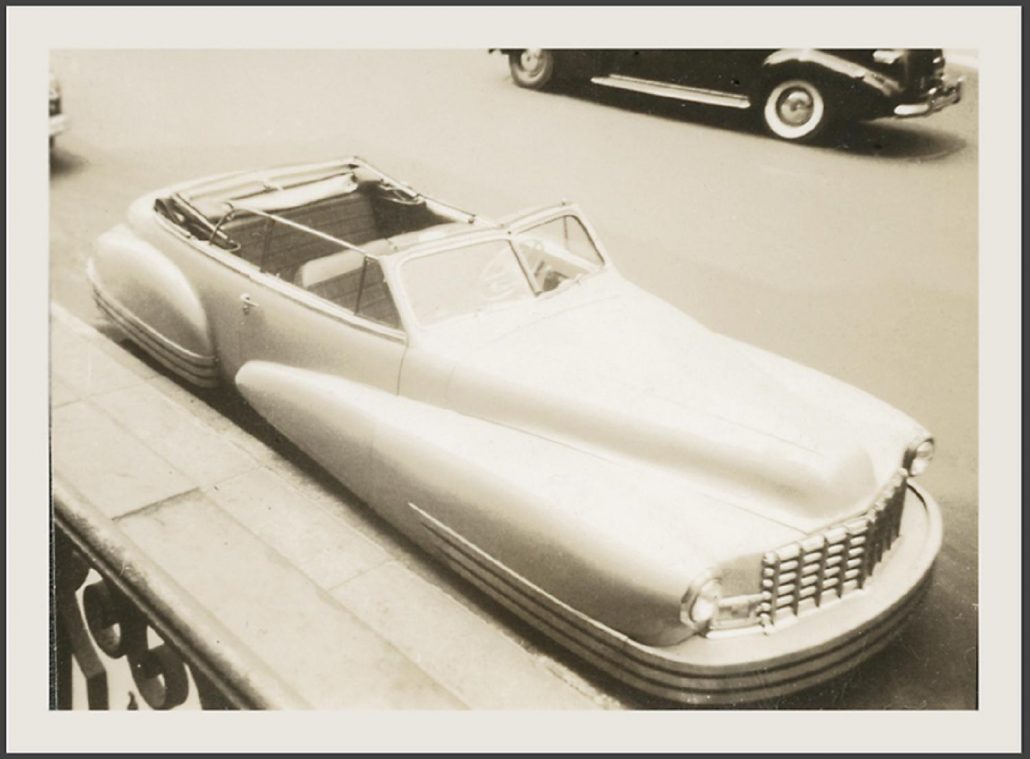 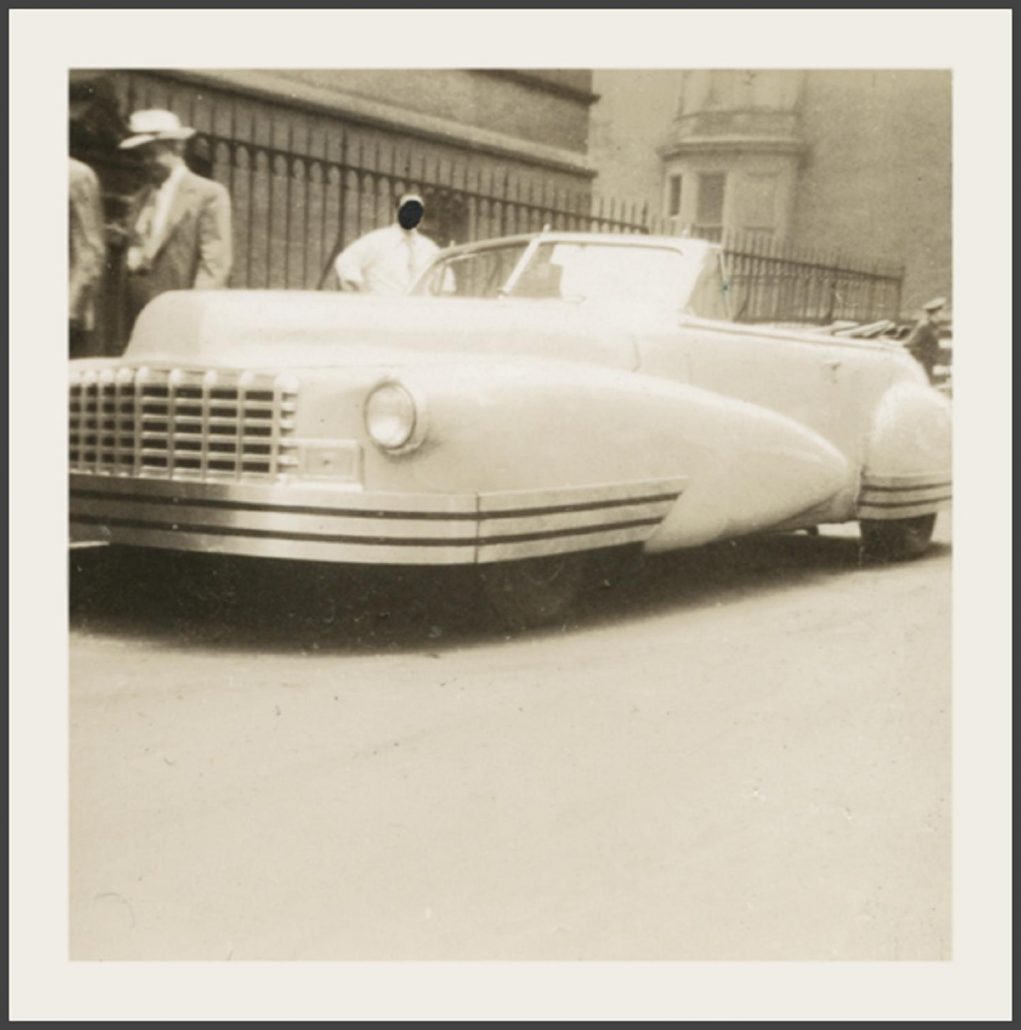 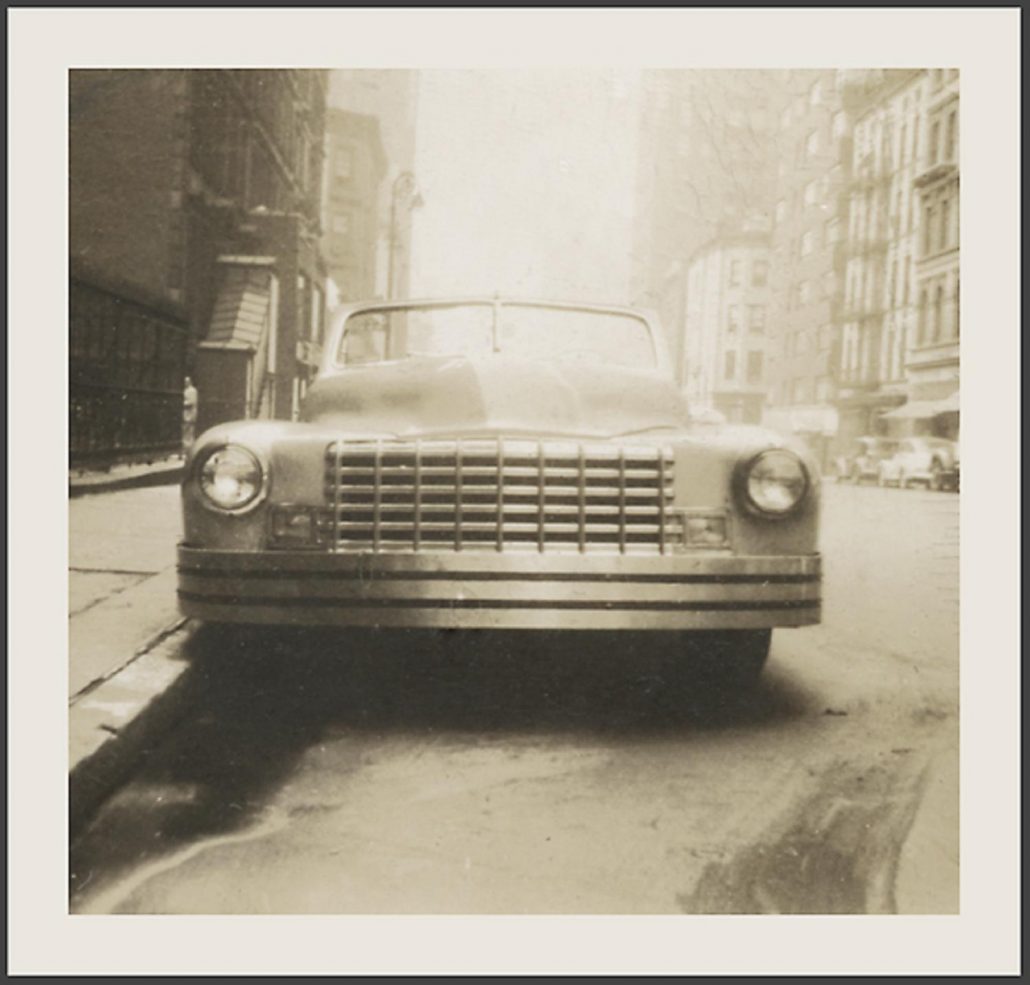 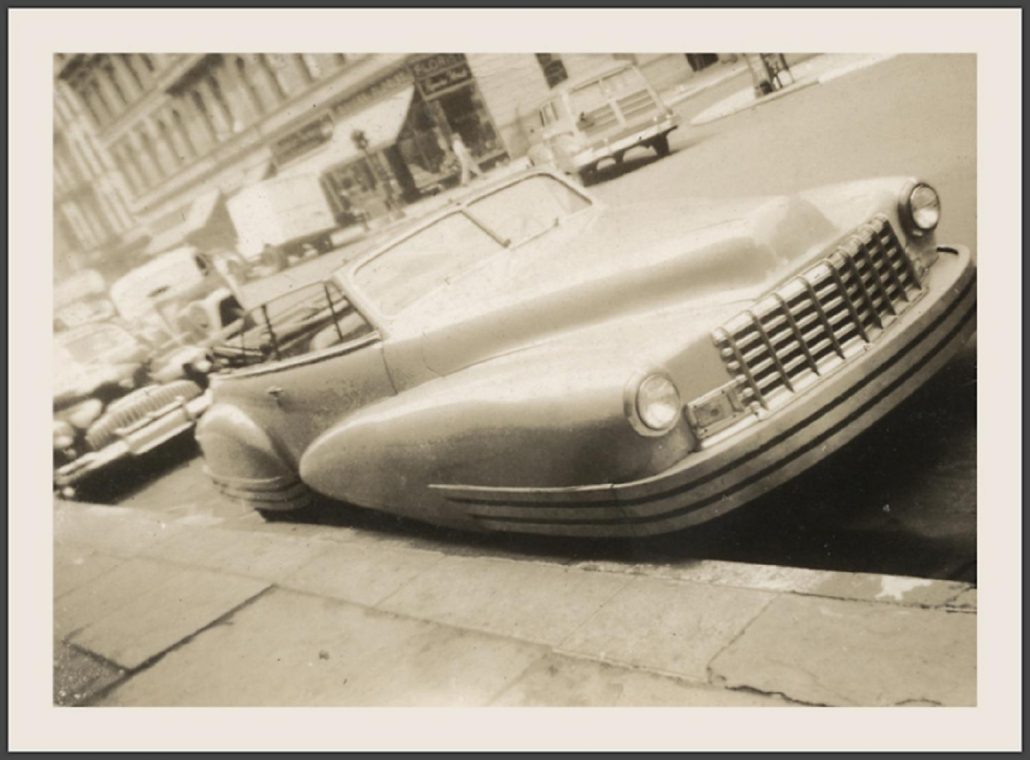 The next bit of information that comes from a Hemmings Story written by Michael Lamm.  In this story, the car is shown and discussed using a 1946-1948 Dodge grille.  The location is also identified as Manhattan.  The photo with caption from the Hemmings story appears below and you can click on this link to view the original Hemmings story. 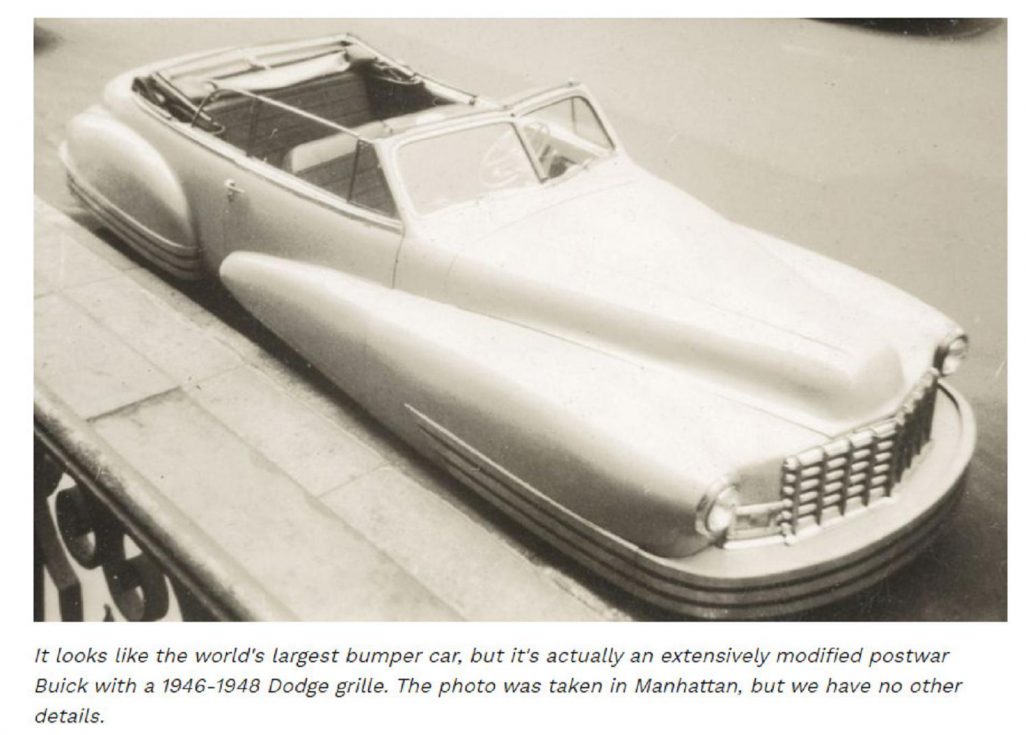 So What Do We Know

I’m still collecting Almquist literature and booklets so I bet in some of our future “finds” we may find a bit more about this car too.  And perhaps some of you may have photos or know more history of the car.  The fact that it is such an early custom – and an east coast one as well (apparently) makes this car worthy, as radio personality Paul Harvey would say…finding “the rest of the story.”