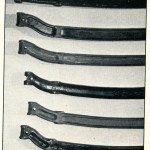 The opening picture shows Bill Burke in his 1946 Belly Tank Streamliner.  Make no mistake about this picture – the relevance for our fiberglass sports cars is all in the axles, and what better picture to show than Burke and his first tank where the front axle jumps out at you and is undeniably critical to the build of his 1946 Streamliner.

Most of the specials built in the 1950’s were based on 1939-1948 Ford running gear – especially those cars built between 1951 and 1956.  It wasn’t until around 1956 that the Henry J frame started to be used more, along with the 1949 and newer Ford frames which had independent front suspension.  By the way, the Henry J was a popular later choice for a frame because it utilized a 100” wheelbase design which required little modification (didn’t have to be shortened) – and had independent front suspension too!  More about frame design and choice in future stories.

But what about Ford front axles?  Which one do you have?  Were there many designs?  Were they modified?  And how can the choice of an axle make a difference to your special?  These were all questions I had to answer as I set about learning more about Ford axles, and the choices and modifications available to the builder from the 1950’s.

There were seven stock Ford axles made from 1932 thru 1948.  Some were a bit longer than others, some were “dropped” more than others bringing the chassis closer to the ground, and one was even tubular in design – the 1937 Ford Front axle for cars with a V8-60.  The 1937 tube design is coveted by dirt track and track roadster guys, so these can be a bit harder to find – and more “pricey” too.

The best article I’ve found on Ford axles was the June 1972 issue of Street Rodder – volume 1, issue #2 – just the second issue off the press.  I knew about the existence of an article, but had a hard time tracking it down.  However, a quick phone call to Neal East – friend of fiberglass and one of the authors of this article, quickly identified the correct month and year of the magazine to look for – and a healthy discussion of the topic ensued.

Much thanks to Neal East for the time spent with me and….the wonderful article on Ford axles he co-wrote with his friend Jack Stewart.  It’s that article that I am sharing with you today. 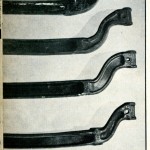 In addition to the seven Ford stock axles produced, there were various types of “dropped” axles too.  Using a “dropped” axle means you can bring the chassis closer to the ground for low, lean, and mean look to your special.  This was important back then and remains a key design feature of specials today.  Neal discussed the advantages of these types of axles and shows some great pictures of dropped axles in the article.  In addition, he also discussed modified axles which include “drilled axles” and some of the dangers of making these modifications.

Ford products interchange easily with one another.

The guys in the 1950’s knew this and experimented using different axles.  Some were just a bit shorter reducing the track (width) of their front end, and other axles were a bit wider.  Some allowed you to drop the chassis down a bit in the front – or raise it if you wanted too.  And you could always modify or “drop” your axle for a more dramatic effect.

Ford axles interchange, but you should be aware that other parts have to change when axles are changed too.  Radius rods or “wishbones” as they are called fit specific axle(s) and if a change is made to the axle, changes may be needed to swap out wishbones, tube or lever action shocks, springs, perches for springs, and other parts.  In addition, some axles and configurations can be used so that the axle rides directly under the front leaf spring – or in front of the spring.  There are many choices you can make, and becoming familiar with the different options was something a builder did back then – and something a builder can also do now.  Ford parts may interchange, but as with many things – some additional work may be required (I always hated reading that statement on sets of instructions…) 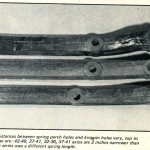 I hope you enjoy the article below about Ford Axles, and again much thanks to Neal East for his time and discussion.  And….since I’m a school teacher I’ll give you a test question – what axle is used on Bill Burke’s first belly tank?  Checkout the lead picture of this article, make your decision, and let us know.

So….go out there car guys, and look at the front end of your special.  If you live up north, clear out a snow path to your garage and get to work.  Checkout what front axle you have, and think about if this is best.  Ford made it fairly easy to make modifications, so if you want to make some changes, you can return to the “50’s” and become a builder and designer too. 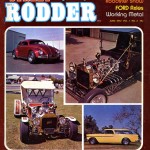 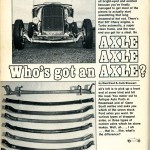 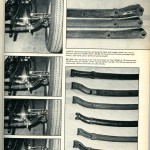 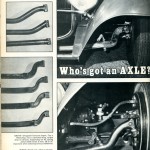 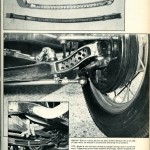 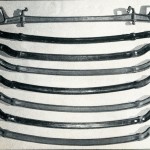 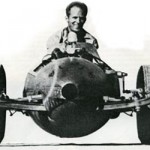