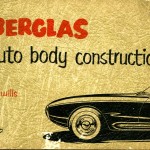 This Is My Favorite Cover From a Book on Building a Fiberglass Car. It’s From 1953 and is the Second Book by John A. Wills

Rick D’Louhy and I continue to ferret out little known publications and booklets from the early and mid 1950’s on how to build a fiberglass car body.  After all, this was a time when sports car excitement was growing daily, automobile enthusiast magazines were sprouting up everywhere, and the new wonder material, fiberglass, was going to make the dream of owning a custom sports car a reality for every young man in America.

This was an ambitious and exciting time to be alive – and a car guy too!

Research is a funny thing.

Only when you’re nearing the end can you see there might have been an easier path.   I think I could add 30 more years to my life if I could apply what I learned about efficient research strategies – at the beginning of each of these projects.   But I guess it’s never too late to learn.

Rick and I started canvassing collectors far and wide.  Good friend Steve Cowdin of Colorado had located some books that I hadn’t seen before, and in some cases these were books for professionals at the time.  However, most of the books we found were of the shorter “booklet” style for the enthusiast. 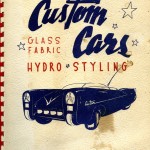 I Love the Artwork on the Cover of James Lampman’s 1952 Book Called “Hydro Styling”. It Almost Looks Like a Richard Arbib Design to Me – Very Wild Design For The Times.

While publication or copyright dates on the books/booklets themselves are a helpful indicator – they are not flawless.  Many of the books that show they were copyrighted could not be confirmed as such.  Some books didn’t have dates on them.  So we switched our strategy.  To help date these exact booklets, Rick and I reviewed all major automotive magazines from 1951 thru 1955 to locate advertisements for these books.

We also looked at the “Science” type magazines for advertisements such as “Popular Science,” “Popular Mechanics”, “Mechanix Illustrated,” “Science and Mechanics”, and others.  The logic behind this was to find when the first ads appeared for each of these publications.  We did this to establish the exact date that a book became available to the public.

If someone was selling copies under a tree in Mojave, California (if there were trees there) – no one would know about it and its relevance to history would be minor – a footnote at best.  Having specific dates for release of each of these books to the public was critical to establishing a lineage of books and when they became available to the public for sale.

Let’s Get to the Books:

After several years of compiling books, booklets, pamphlets and ads showing specific dates when these books were advertised for sale, we can confidently share the following list of early publications and when they appeared in print.

You’ll note that most of the books start in February 1953 and beyond.  Fiberglass was becoming a real hot topic in 1952 and it’s not suprising that John Bond of Road and Track released a significant article in January 1953 on “How to Build a Fiberglass Body.”  This was on the heels of another seminal article called “Fiberglas” by Jim Potter that appeared in the December 1952 edition of Motor Trend.  Both of these articles lit a fire under the industry and no doubt had an impact on the creation of new fiberglass books starting in February 1953. 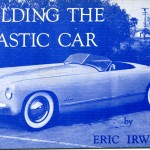 Here’s The Book That Started It All – Eric Irwin’s 1952 Book – First Made Available to the Public in August 1952 – Four Months Ahead of Everyone Else!

We Have a Winner!  Eric Irwin of Lancer Fame Wins again!

So what does this mean?

Going specifically by advertising dates, we can establish that Eric Irwin wins again – and by four full months to boot!  As Brian Jennings, Eric’s nephew already knows, Eric was a remarkable man and not only published the first article on how to build your own fiberglass sports car (click here to review this article that appeared earlier on our website) but now we can establish that his book on how to build and design your own fiberglass body was first in history as well.  Eric Irwin and his Lancer were truly “first” in many ways. 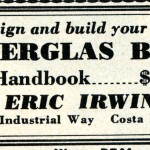 A Small Ad But A Big Impact. This Ad Appeared in the August 1952 Issue of Auto Speed and Sport. An Interested Person Was Just $1 Away From Building the Car of Their Dreams.

Let me know if any of you out there would like to see the full version of this book on our website.  There are actually 2 versions of Eric Irwin’s book – one about 14 pages long and another about 20 pages long.  There are not a lot of pictures in either edition of these books, but Eric tells you everything you need to know – as of 1952 – about how to design and build a fiberglass car body – and he emphasizes how hard it is too!

It’s always been amazing to me that Eric Irwin’s name has mostly been lost to history.  I hope that thru the research Rick D’Louhy and I complete and share that we can change that understanding and bring to Eric recognition for his early contributions to the history of fiberglass sports car building.

In the future, I’ll plan on sharing some of these early books with you on our website.  They are all fairly short so it won’t keep you up too late – if you’re interested in reading the content.

Hope you enjoyed the story and until next time…

Here’s The Book That Started It All – Eric Irwin’s 1952 Book – First Made Available to the Public in August 1952 – Four Months Ahead of Everyone Else! 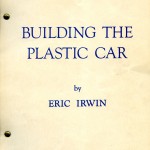 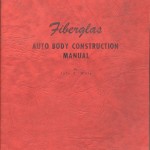 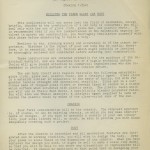 I Love the Artwork on the Cover of James Lampman’s 1952 Book Called “Hydro Styling”. It Almost Looks Like a Richard Arbib Design to Me – Very Wild Design For The Times. 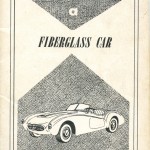 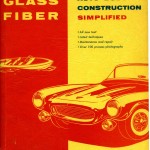 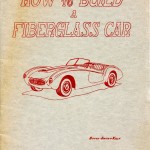 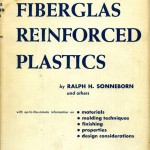 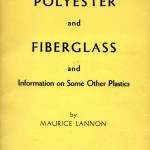 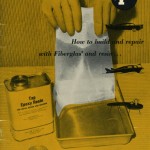 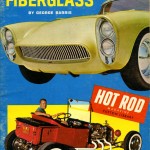 A Small Ad But A Big Impact. This Ad Appeared in the August 1952 Issue of Auto Speed and Sport. An Interested Person Was Just $1 Away From Building the Car of Their Dreams. 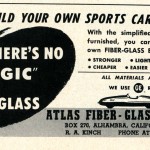 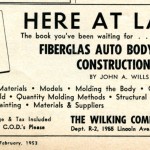 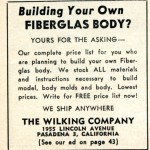 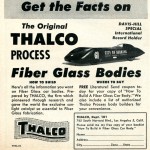 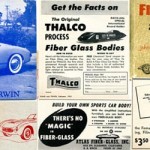 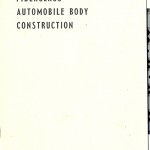