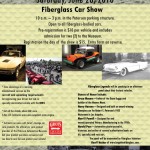 Sorry I’ve not been posting more stories of late.  But I’ve had a great excuse…..we’re just just about 30 hours away from the start of “Fiberglass Day” at the Petersen Automotive Museum in Los Angeles, California.  And I’ve been getting ready to participate and travel to California these last few weeks.  Too much to do…so little time.

Clayton Drescher, Education Manager of the Petersen Museum put together a fantastic day which begins at 10am and is open to all fiberglass bodied cars.  I’ve spoken to Clayton several times in the past few weeks and based on registrations received, it should be a well attended event!   Even a Victress or two to boot!

The Speakers at the Petersen: 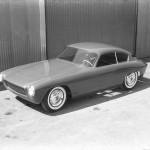 Here’s the First Victress C3 Body (100″ WB) Out of the Mold and On Display – The VictressC3 Was the First Fiberglass Coupe with a Unique Design to Burst Forth in the 1950’s.

The car show is scheduled for the entire day (10am-3pm) and is at the Petersen Museum.  And…starting at 1pm and continuing thru the early afternoon is a panel of speakers that would impress any fiberglass aficionado.   The speakers include:

Merrill Powell:Co-Owner of Victress from 1953 thru 1961 and designer of the first production fiberglass sports car coupe based on an original design – The Victress C2 and C3.  Merrill will be talking about the early years of fiberglass and some of his memories of each of the cars, including special projects Victress participated in with Frank Kurtis, Pioneer Electric Car (George Lipponcott), the defense department, quarter midgets, and their unique relationship to the Art Center of Design – where many early Victress employees got their feet wet, and went on to great success.

Harry and Wally Hansen:  The Hansen brothers created one of the nicest coachbuilt fiberglass sports cars in the 1950’s called the “Cobra”.  They ultimately built 3 of them, and their personal cars debuted at the Petersen Motorama in 1955.  Harry and Wally will discuss the design and building of their car, and the dream they had at the time of putting it into greater production in Southern California.  And…the “Cobra” will be on display during the day.  What a great opportunity to see some history in and outside of the museum. 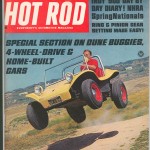 Bruce Meyers:  Friend of fiberglass with his initial work in the 1950’s, with fiberglass boats, Bruce later brought form and function to the “water pumpers” of southern California” – best known by their more famous name – “The Dune Buggy”.  Bruce is recognized as the father of the Dune Buggy, and builder and designer of the Meyers Manx – recently brought back and redesigned for the new millennium.  Talk about the strengthof a well-designed product, Bruce knows his stuff and will share it with you during at “Fiberglass Day” at the Petersen.

Harold Pace:  Noted author, writer, and vintage car historian, Harold Pace is best known for his two books:  “The Big Guide to Kit & Specialty Cars” and “Vintage American Road Racing Cars: 1950-1970” written with friend and Automotive Historian Mark Brinker.  Harold writes for Kit Car Magazine, Kit Car Builder, Porsche Excellence, Rodder’sJournal, Classic and Sports Car (UK), and other well-known automotive magazines.  He’s the perfect person to put the “cap” on the day’s event by bringing together the history of fiberglass cars from the 1950’s to the present- with special emphasis on the 1960’s and forward.  Those of you looking for the “Big Picture” from Harold, will not be disappointed.

It should be a great day and I encourage any and all of you who can attend – do attend.   And remember….you’ll have the opportunity to visit the entire museum too – including the “Fantasies in Fiberglass” exhibit currently being shown thru early October 2010.  To learn more about the event at the Petersen, click on the following link:

Click Here To Learn More About Fiberglass Day at the Petersen 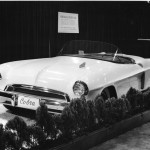 I’d like to write a bit more but it’s about 2:30 AM here in Florida, and my plane leaves to California at 5:30am – just 3 hours from now (and the cab gets here to pick me up at 3:30am).  I still have to pack, and given it’s so late at night/early in the morning….I hope I pick out the right clothes – any clothes – for the trip…now moments away for me.  An hour from now…the show starts and I’m off and flying.

Hope to see you at the show and… 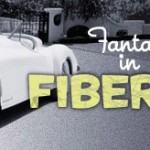 Here’s the First Victress C3 Body (100″ WB) Out of the Mold and On Display – The Victress C3 Was the First Fiberglass Coupe with a Unique Design to Burst Forth in the 1950’s. 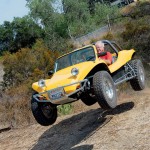 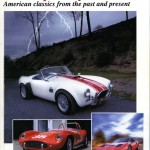