I dedicate this story to a friend who recently joined us here at Forgotten Fiberglass – Howie Wold.  Howie and I first met when he contacted me about his memory of visiting Vale Wright, designer and builder of the 1952 MG based Vale Sports Car, back in the early 1950s with his family.  You’ll learn more about his visit and what he saw here at Forgotten Fiberglass in a future story.

During our many talks, Howie and I began discussing the 1951 Museum of Modern Art (MOMA) Exhibit called “8 Automobiles” where eight cars were highlighted as works of art – the first such exhibit of its kind in the world.  (Click here to see previous stories on the 1951 MOMA 8 Automobiles exhibit).  And there were two reasons why this exhibit was important to me.

First, I consider the “design” aspect of each of these cars to be paramount  – the most important element of any of these cars because it’s the design which people see and are attracted to – or repelled by – immediately.

Second, our coveted 1952 Allied Swallow for which there are several throughout our Forgotten Fiberglass gang is an exact replica of a car that first appeared in this 1951 exhibit – the 1946 Cisitalia 202GT coupe.  An achievement in design that introduced the envelope or “box” shaped modern style for cars to the public for the first time.

It was during this conversation with Howie that he asked if I knew about MOMA’s 1953 exhibit titled “10 Automobiles.”  That was the first I heard of it – and I’m constantly scouring the internet, libraries, and experts for such information.

Howie knew where there was a copy he could scan and offered to do so for me.  And….it was a wonderful addition to our library for chronicling the recognition of “cars as art” in postwar America.   But I wanted to find a clean copy to scan so that I could share it on our Forgotten Fiberglass website.  This turned out to be a harder prospect than I first imagined.

Two years later and with the help of Don Toms of Sarasota, Florida (automobile bookseller, historian, and great all-around car guy), I had an original copy from 1953 on my desk in Tampa, Florida (Thanks Don!).

Let’s have a look at the pages of the exhibit catalog.  And as before, you can click here on this link to view the same catalog shown below in our new “book” format.  This new format allows you to turn each page just as if the catalog were in front of you.  If you click the link above, be sure to scroll down the page until you see the front cover the “Ten Automobiles” exhibit catalog from MOMA.

The Museum of Modern Art

The inside of the catalog provides a nice overview of the exhibit as follows:

“Ten Automobiles:  This is the Museum of Modern Art’s second exhibition of automobiles.  The ten cars included are postwar models designed for production in series; none of them is custom-built or experimental.  Only those automobiles were considered which met standard safety and performance requirements, but they were all selected, as were those in the first exhibition, primarily for their excellence as works of art.  September, 1953.” 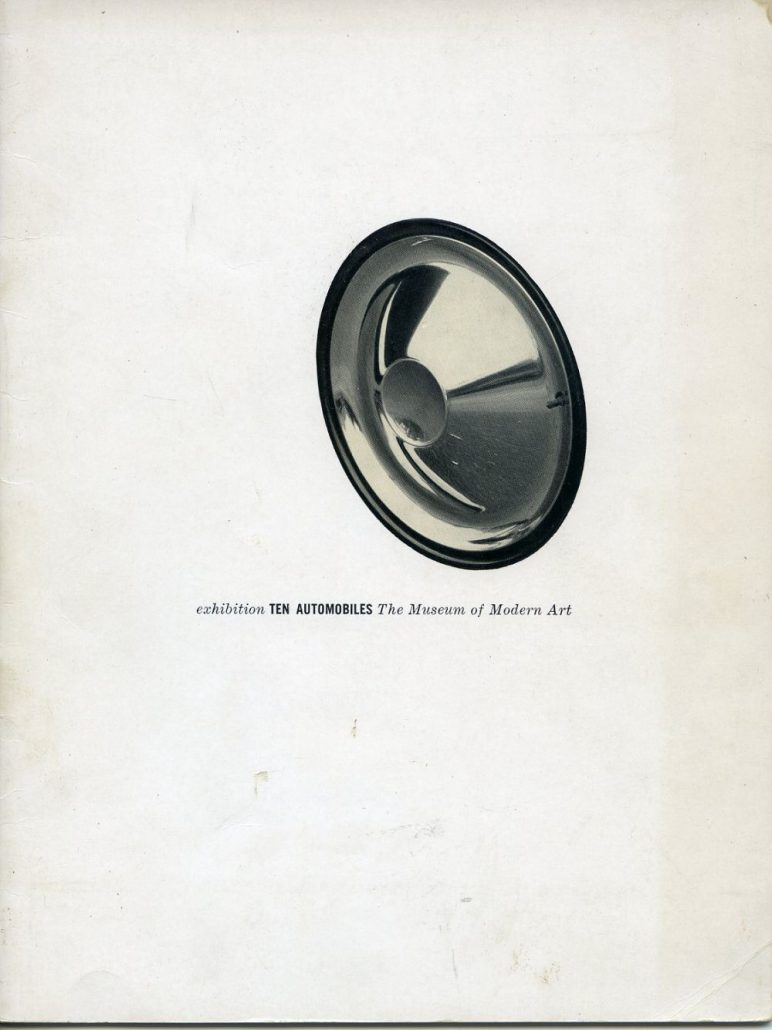 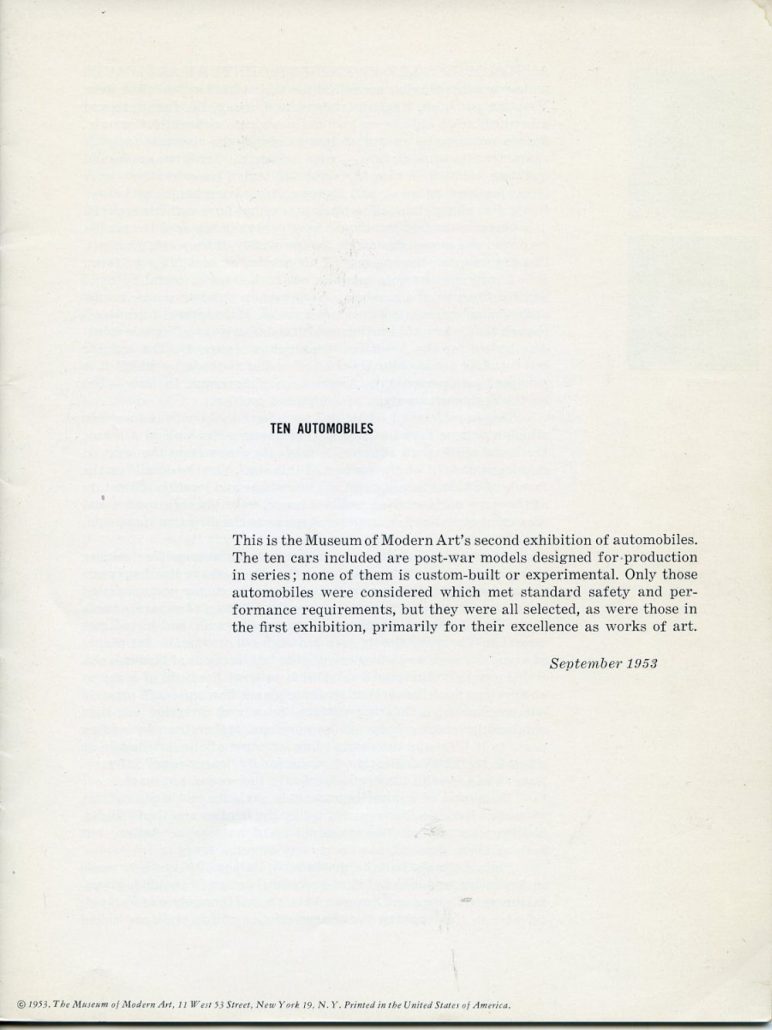 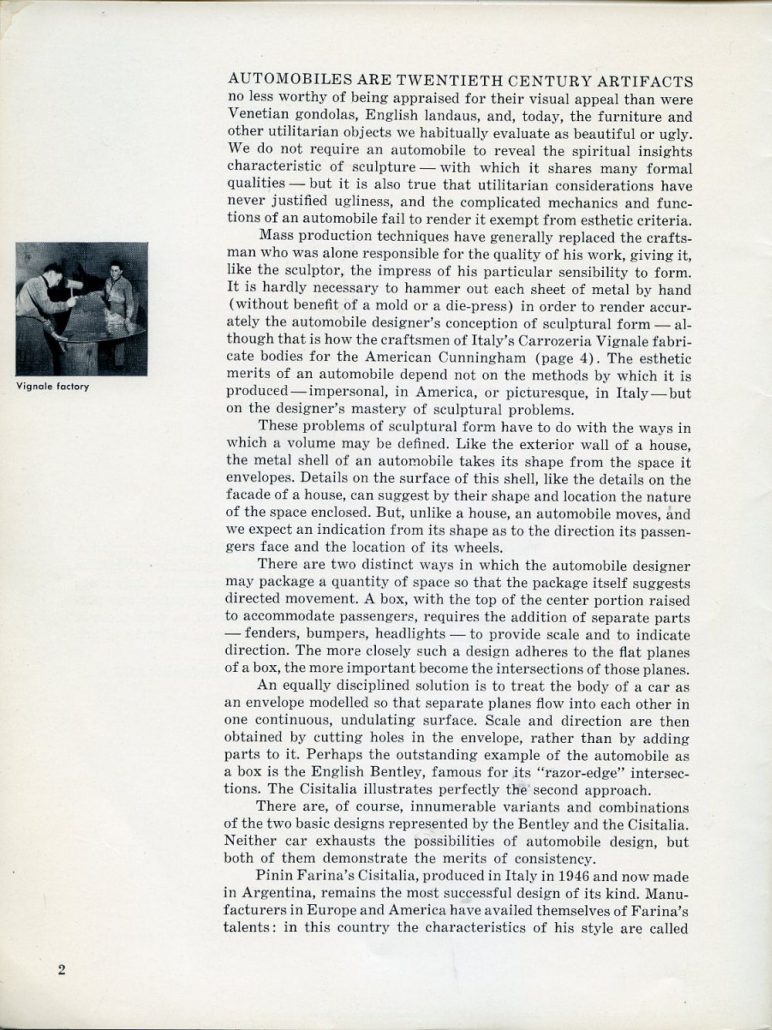 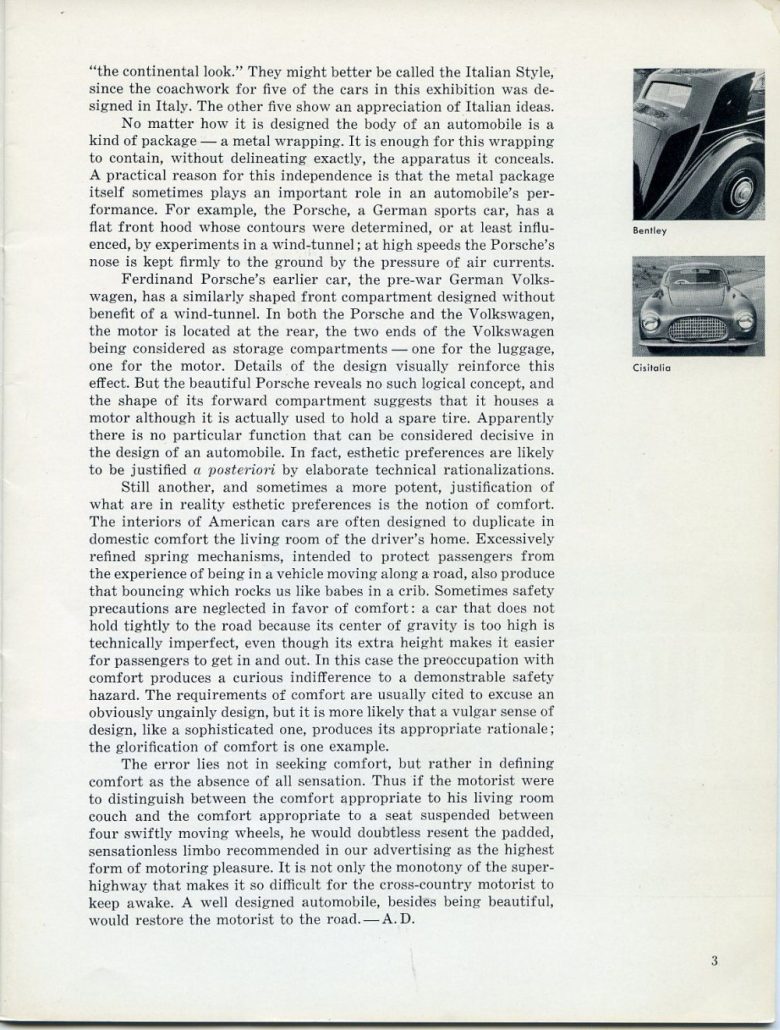 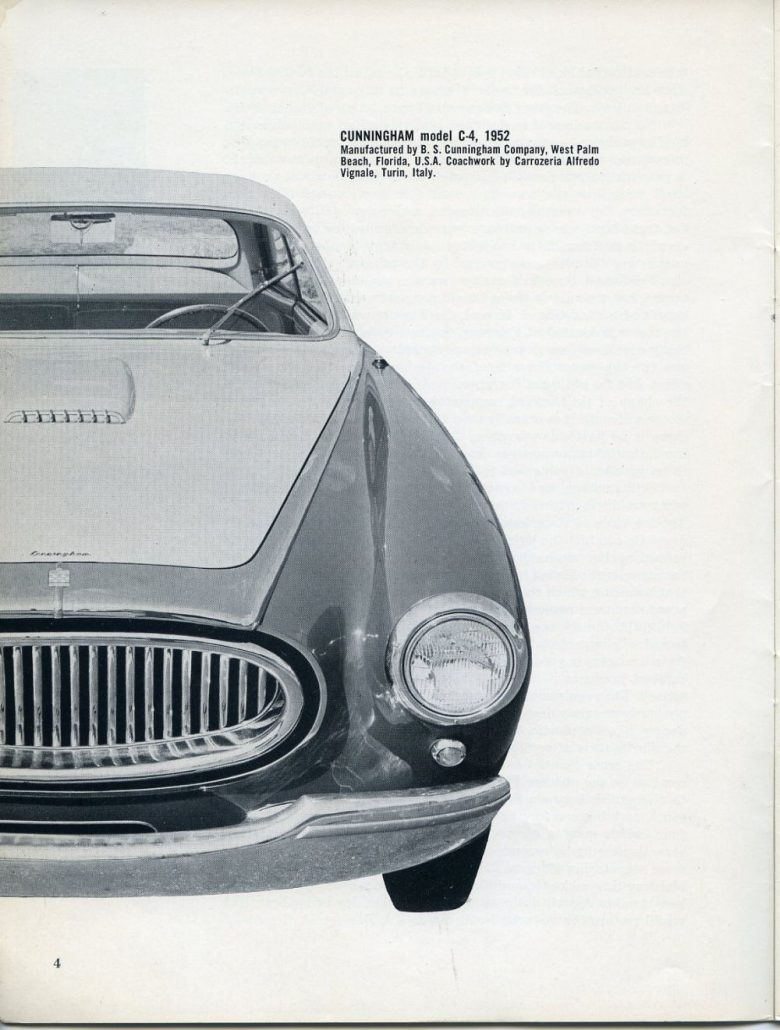 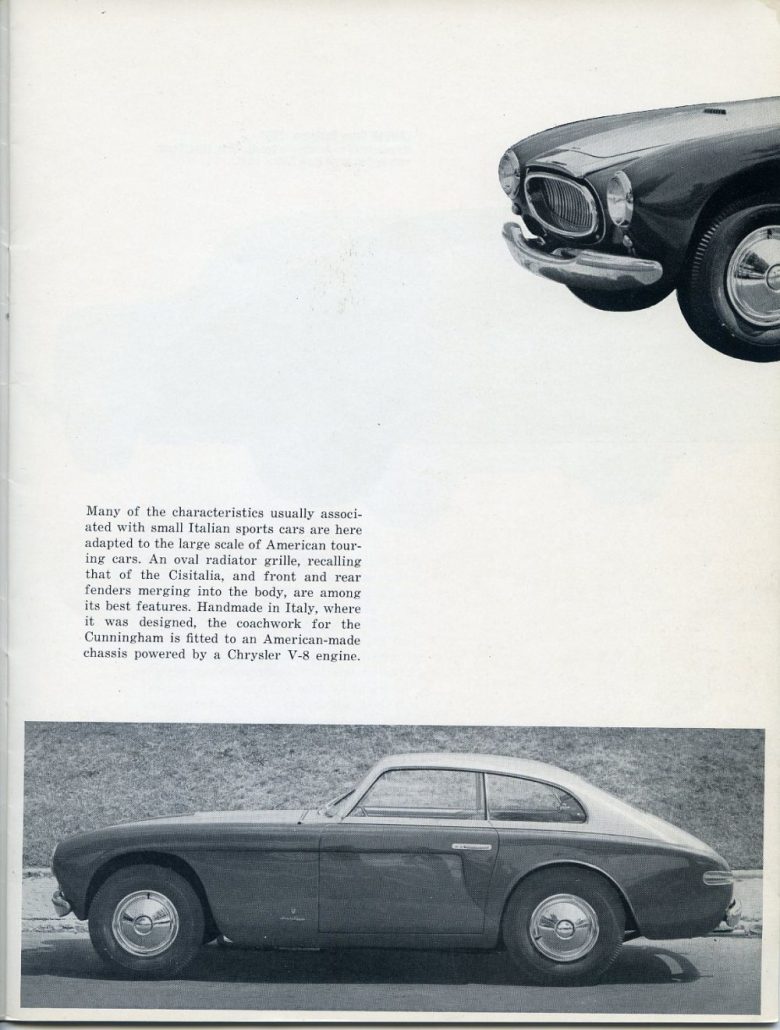 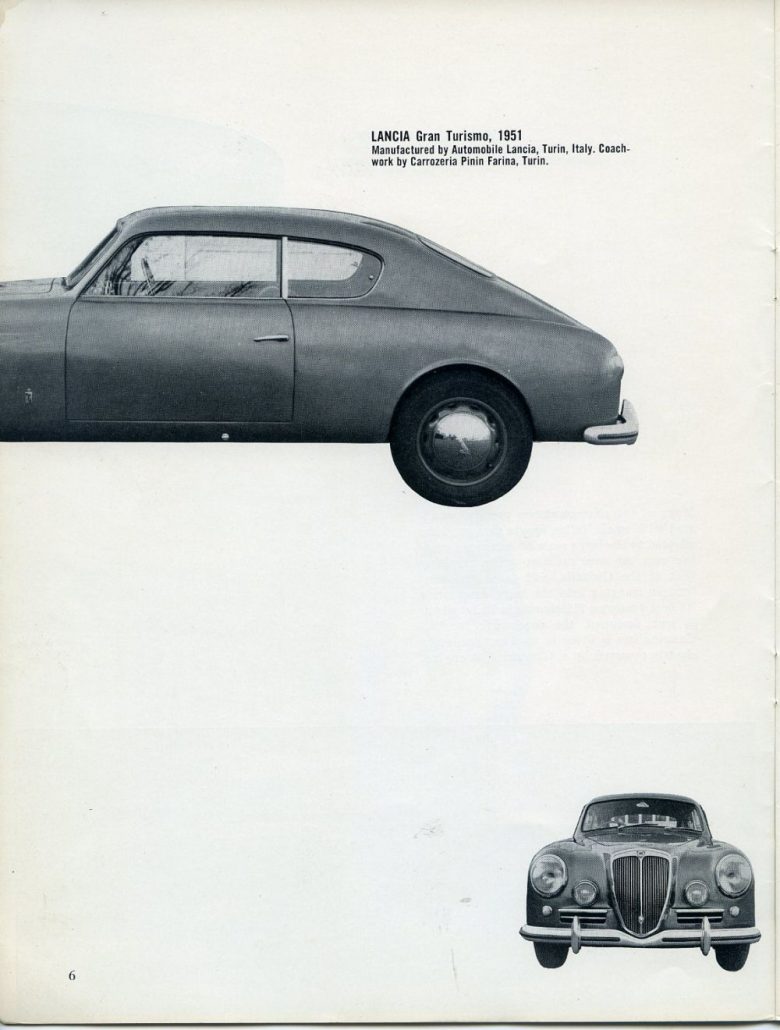 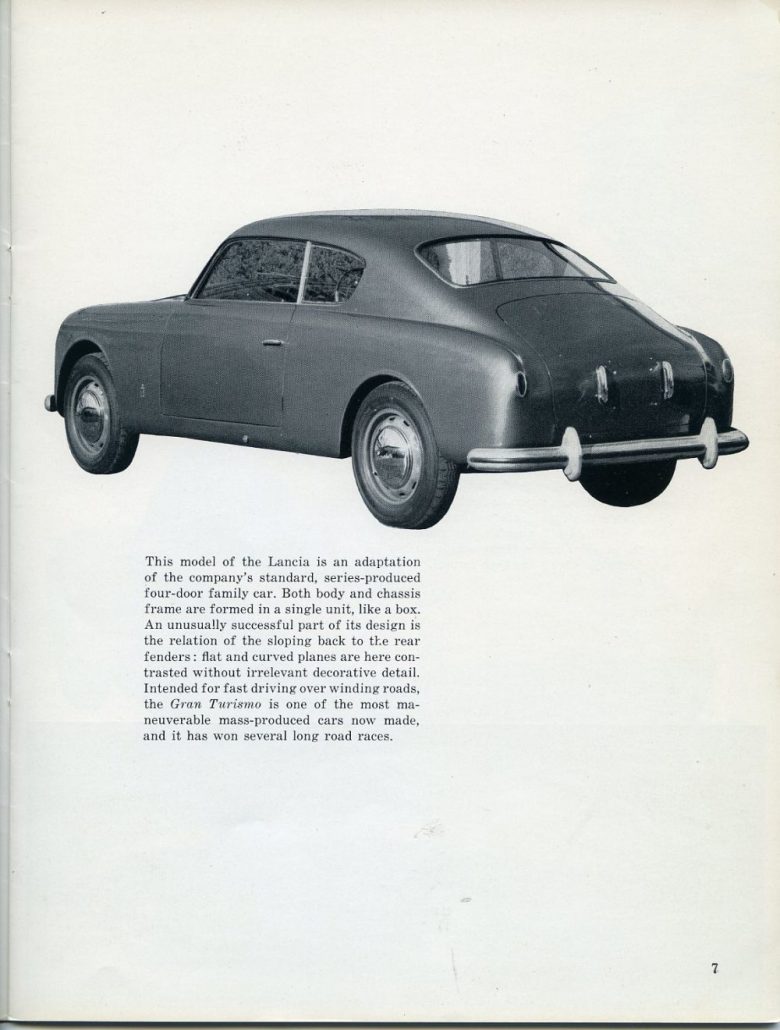 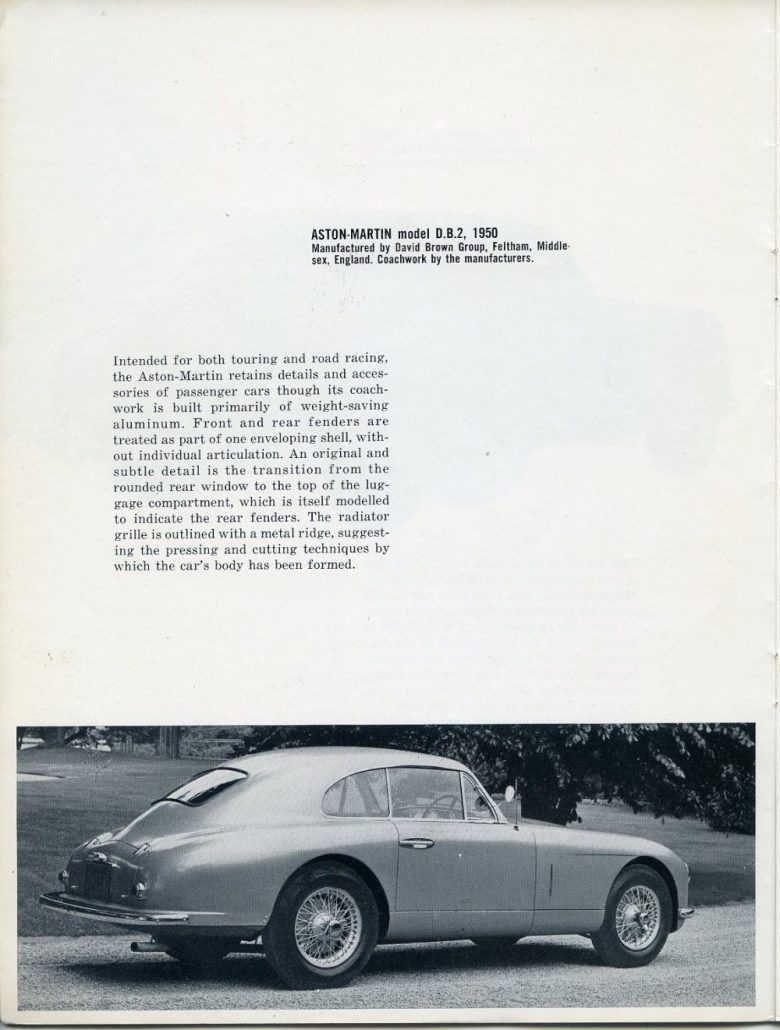 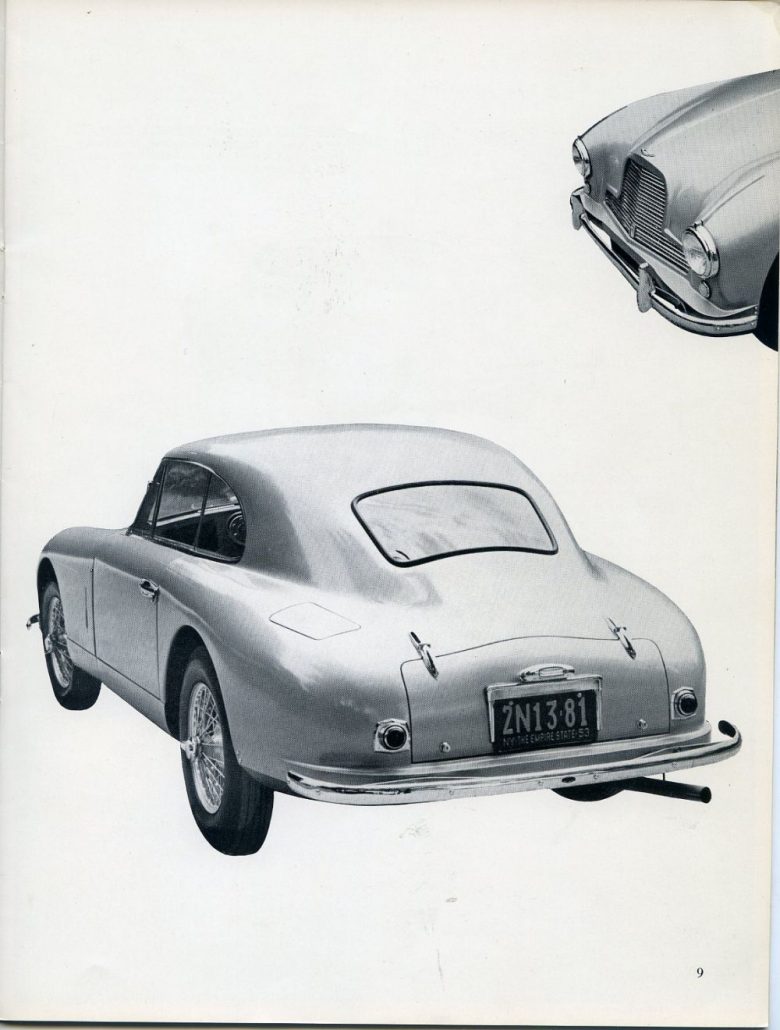 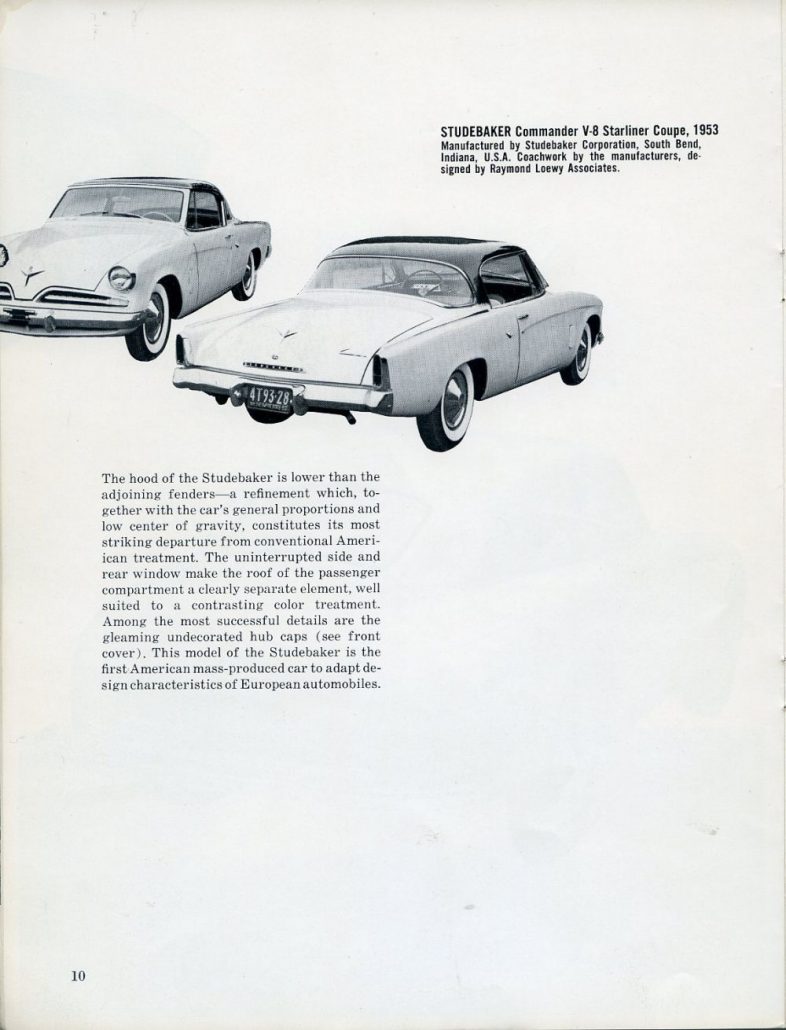 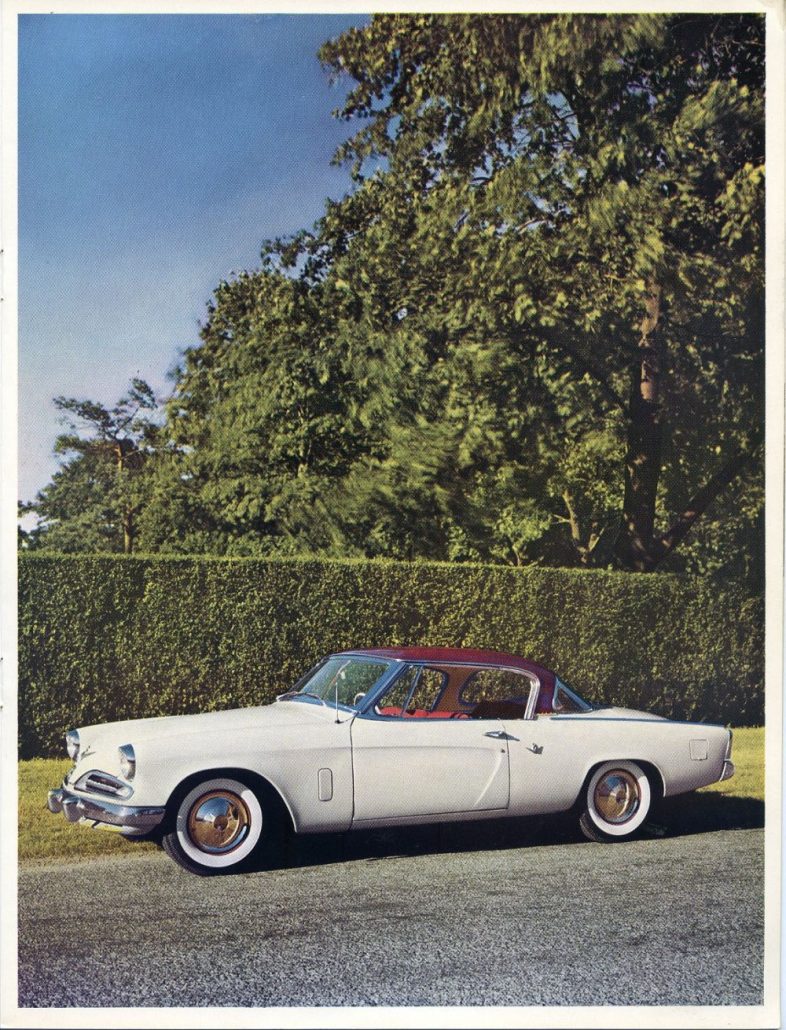 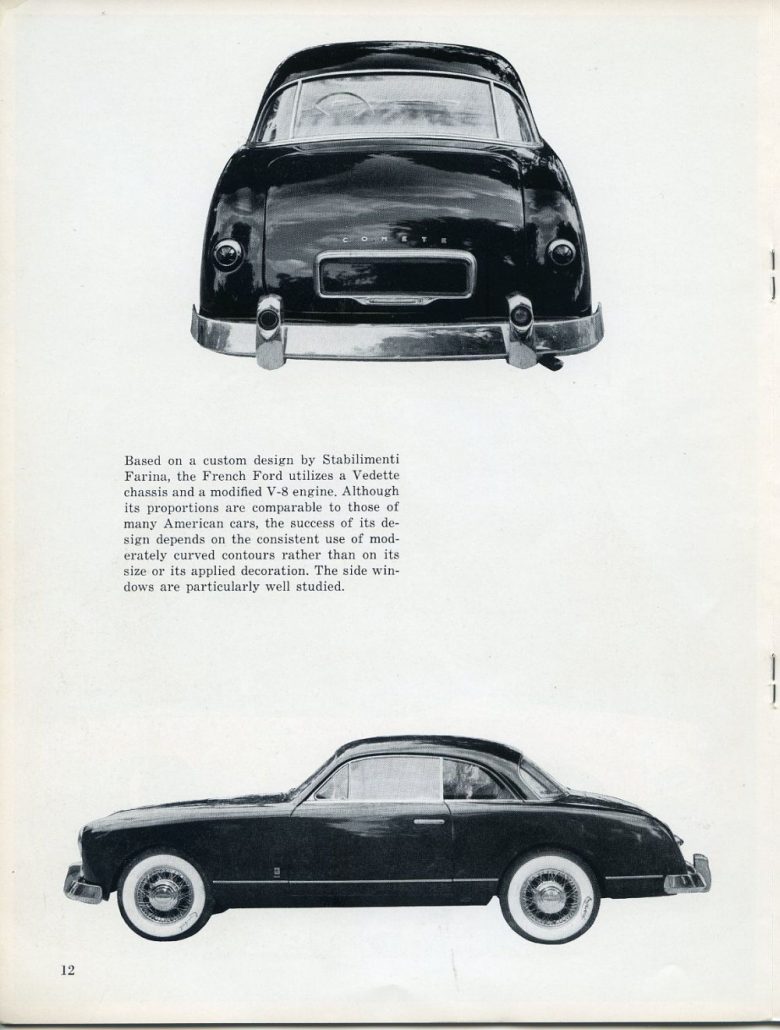 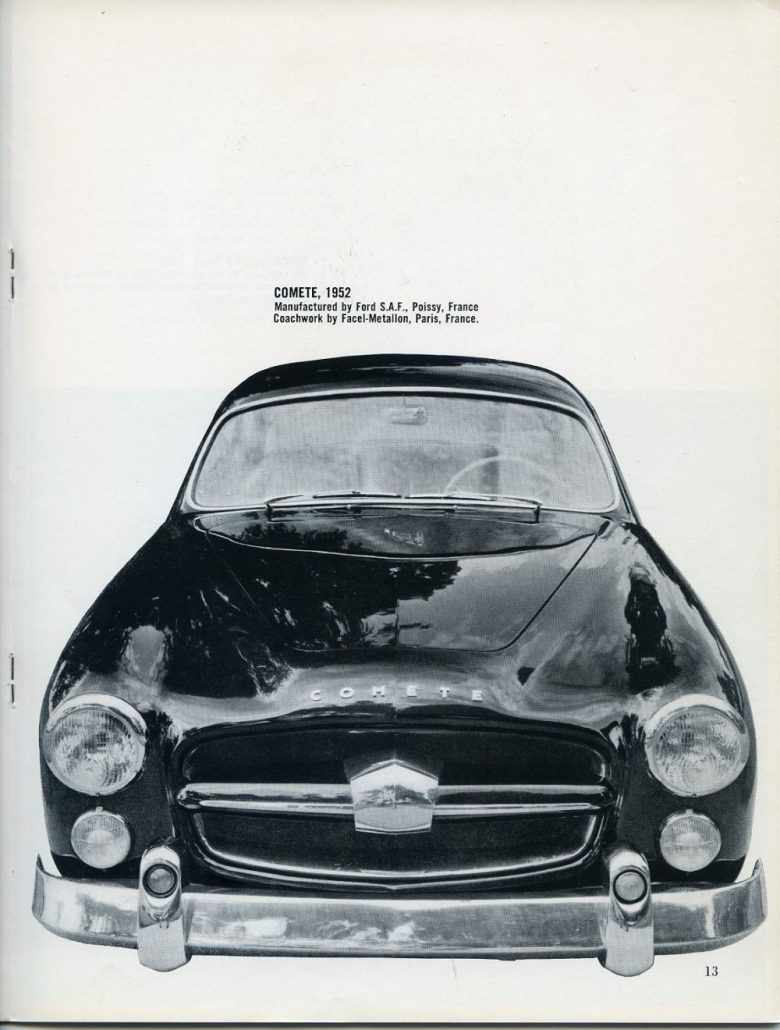 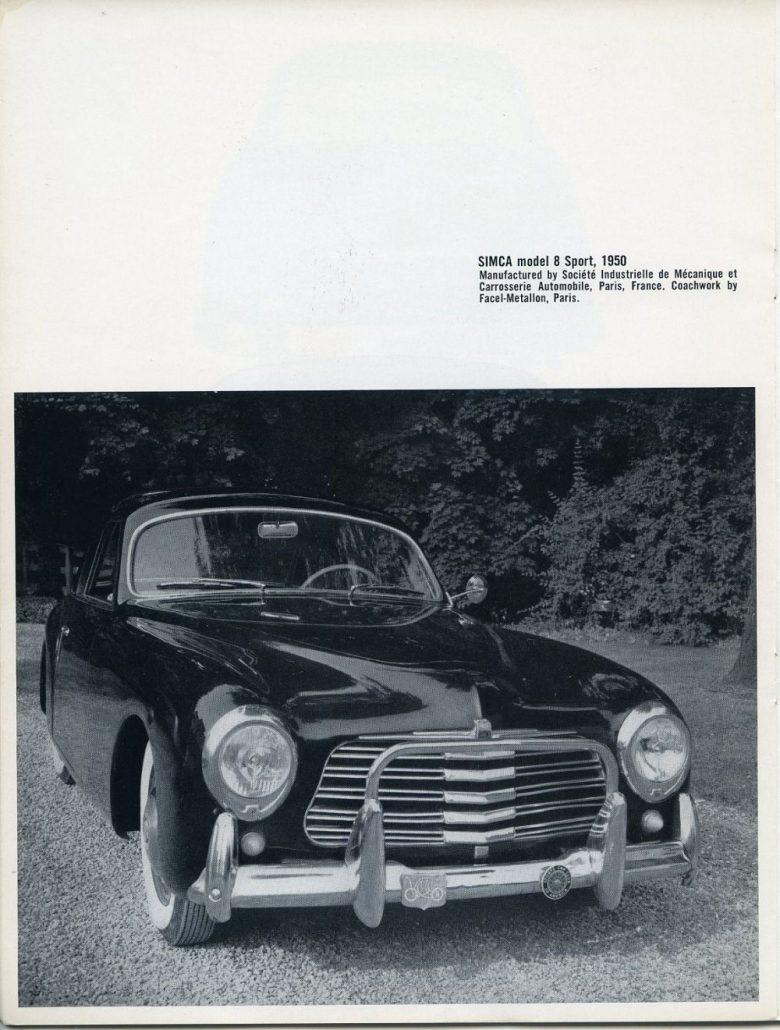 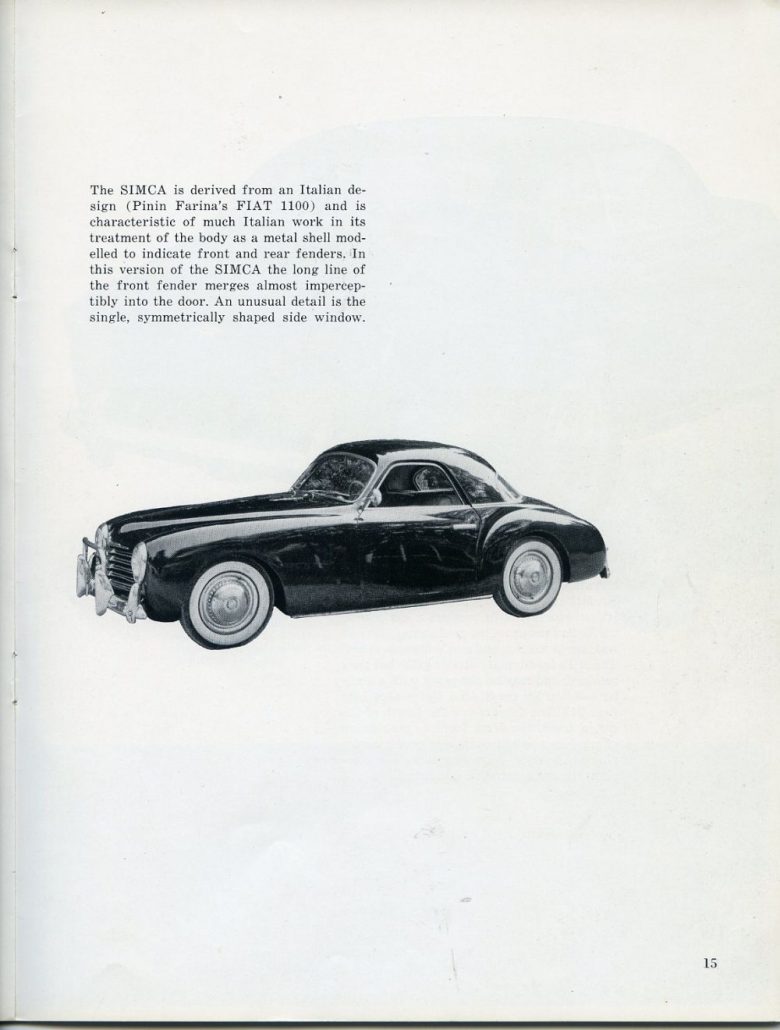 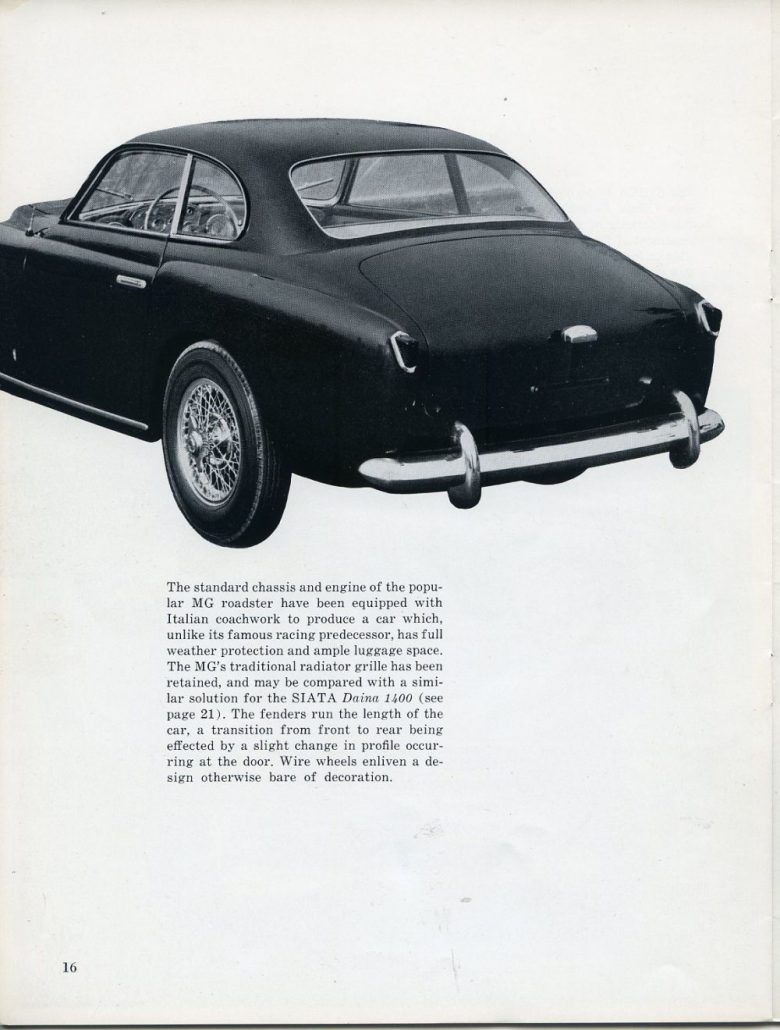 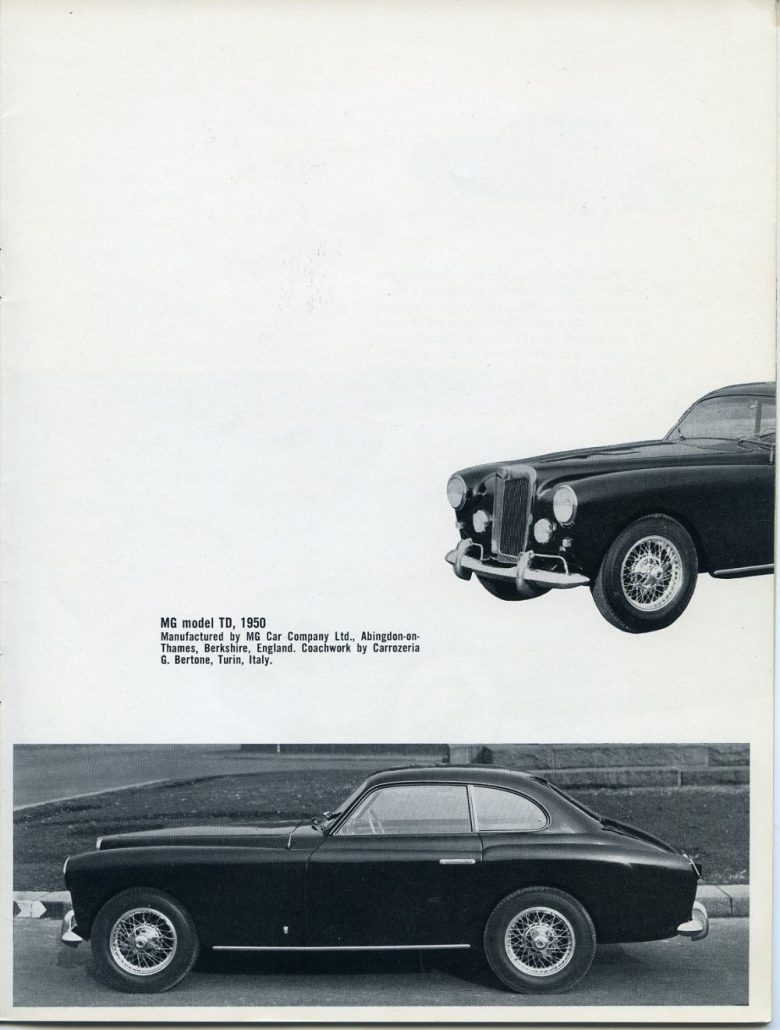 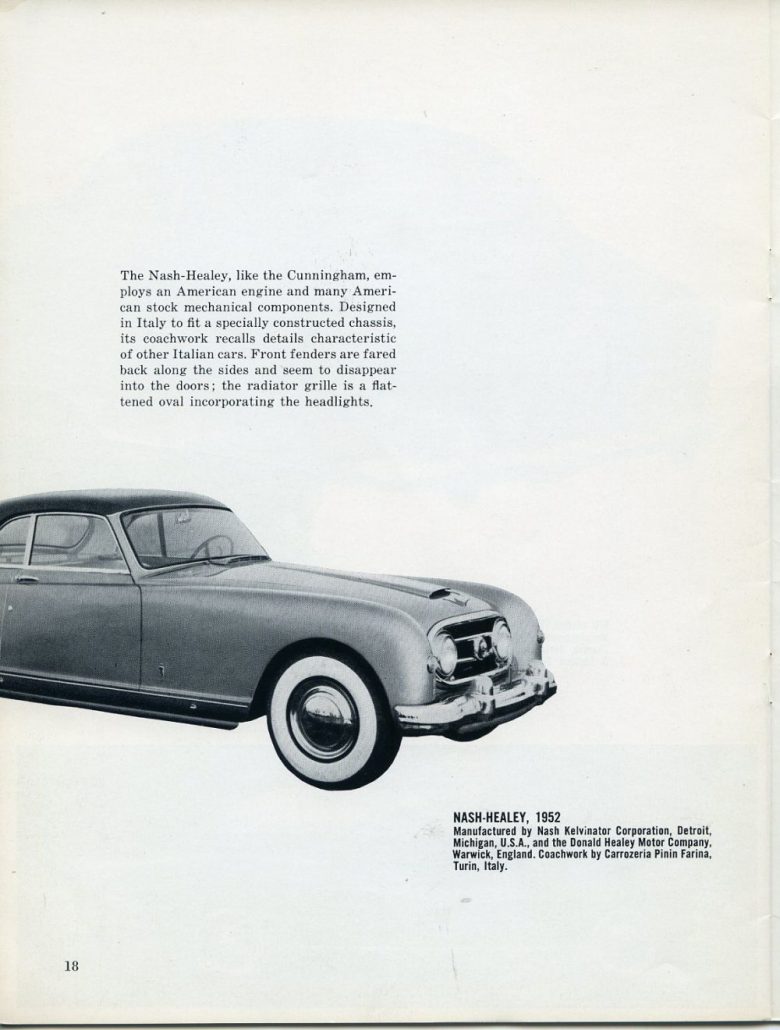 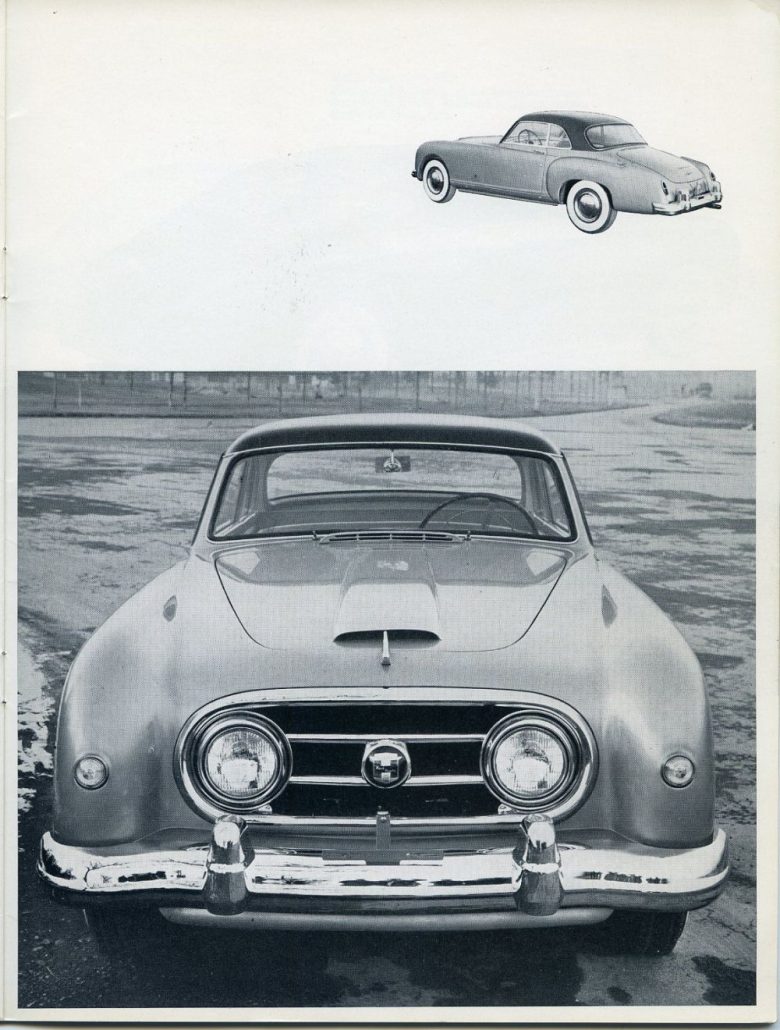 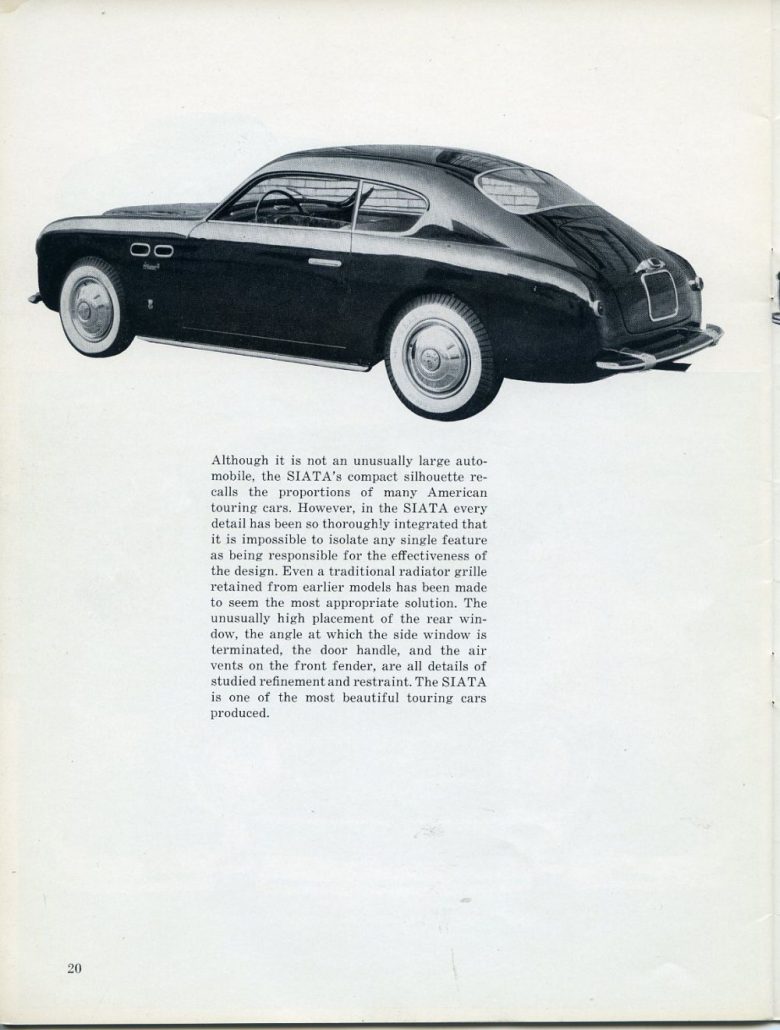 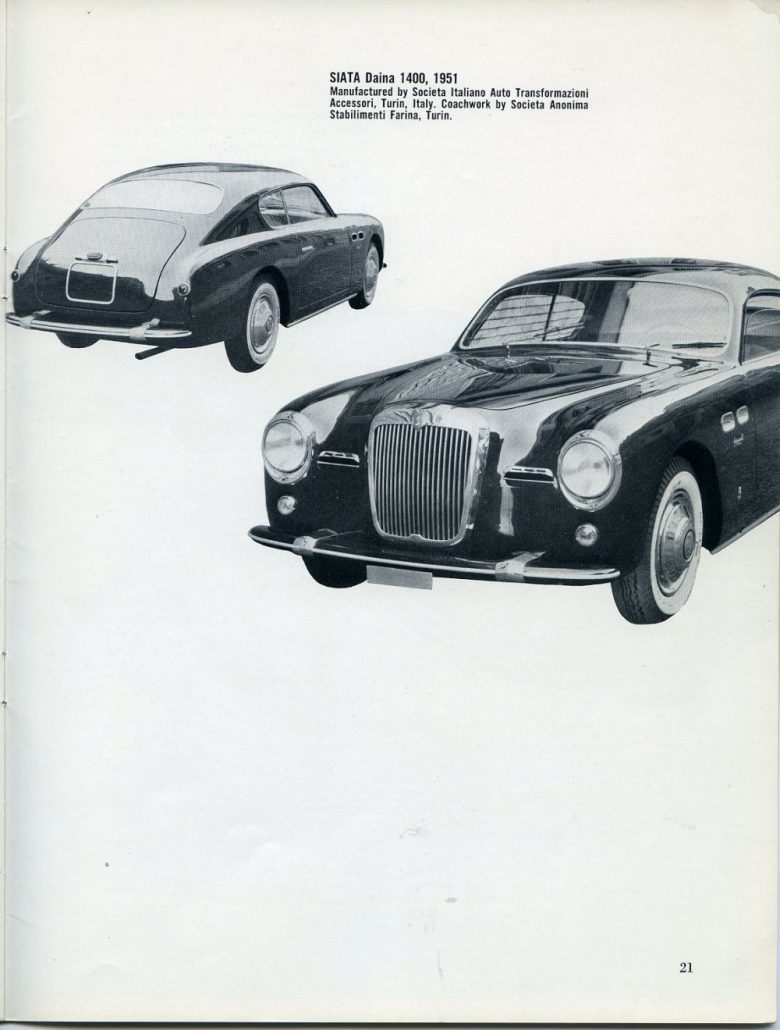 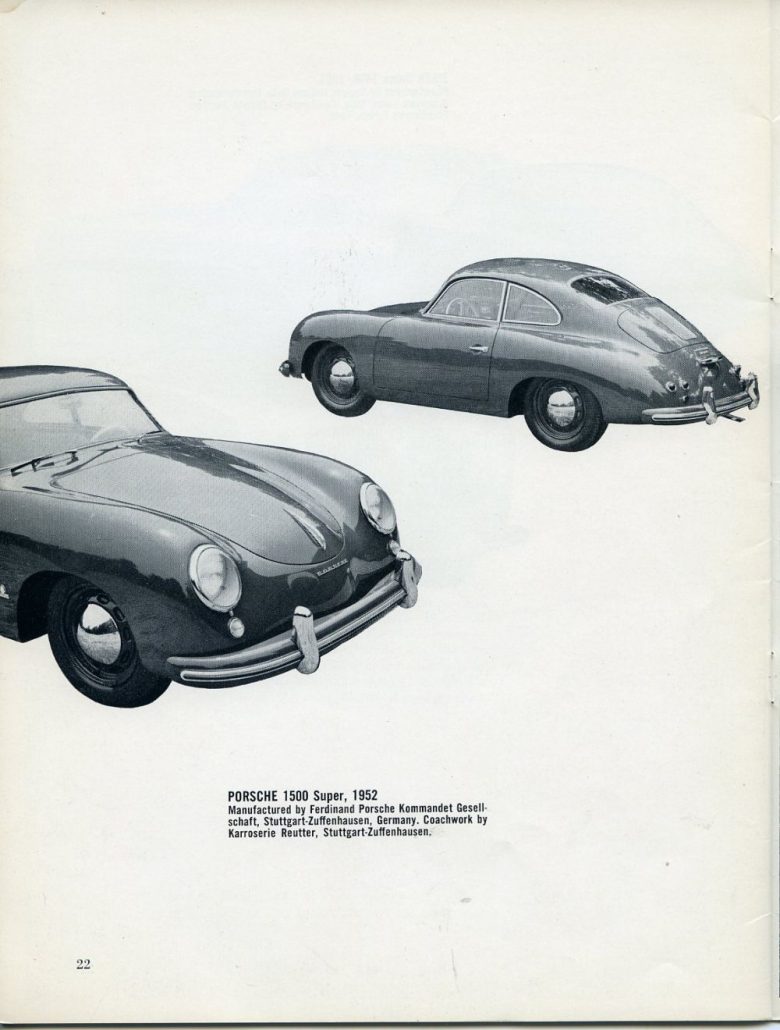 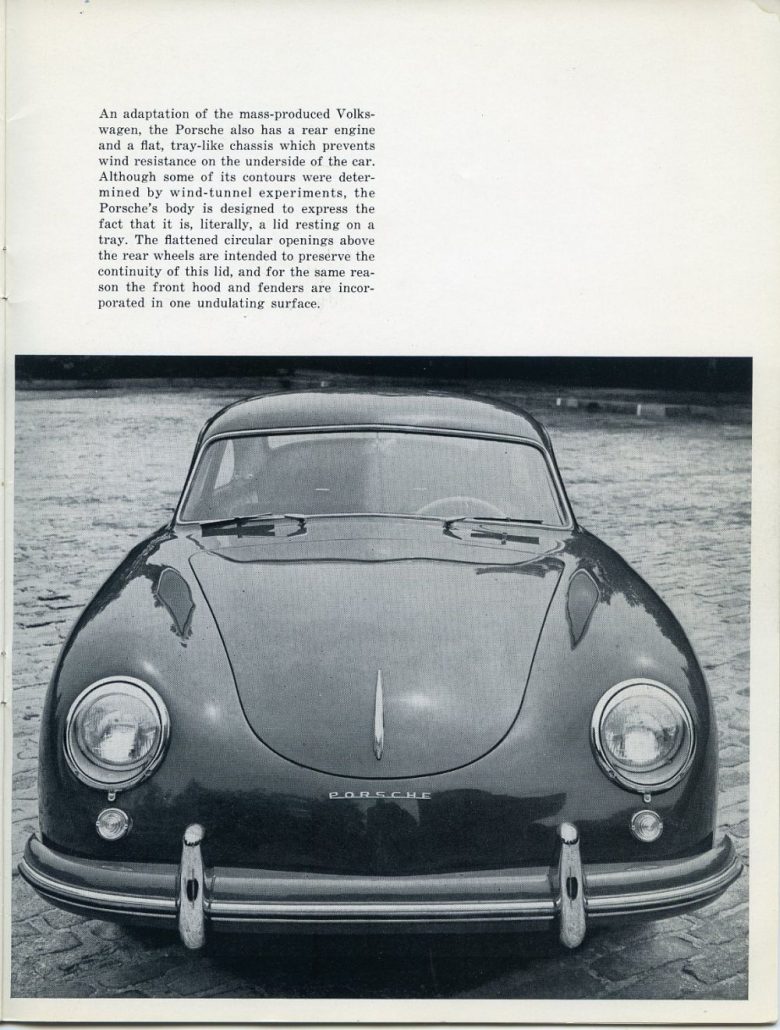 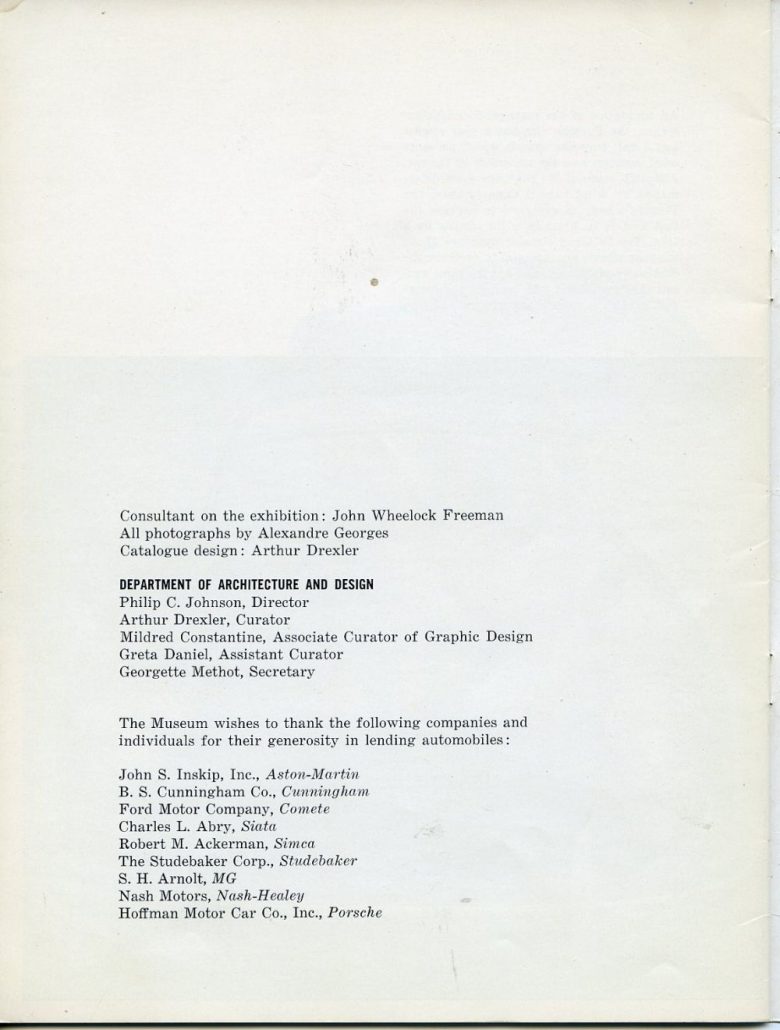 Thanks again to Howie Wold for  sharing with me such a cool exhibit of cars – one that is entirely meaningful as a recognition of automobile design as art.  And…great appreciation goes to Don Toms for his super-sleuthing in finding the original copy of this exhibition catalog – scans of which I can now share with each of you here at Forgotten Fiberglass 🙂