From time to time, you’ve heard me share many thanks for the help of Tony St. Clair on different articles here at Forgotten Fiberglass.  His expertise and interests lie in so many areas beyond the car hobby – but it’s his focus cars is how and why I know him the best. Tony’s interests are in automotive magazines, dashboards, gauges, and how these cars were built – especially the handcrafted ones.

And of course, the best thing about Tony and his wife Kate is the honor that I have in calling each a good friend too.

Last year, Tony started his own blog on his car interests called “Deadly Curves.”  In his blog, he covers his insights, interests and observations across the car hobby and many of these thoughts are related to cars, stories, parts, and other issues related to the cars of the 40s and 50s we have come to appreciate.

Recently, I asked Tony if we could share some of his favorite posts on “Deadly Curves” with our readers here at Forgotten Fiberglass.  I was pleased that he said “yes” and today’s story is the first of many I hope to post here for all members of our ‘glass gang.

So…you now “know” what you need to “know” and away we go!

Take it away Tony… 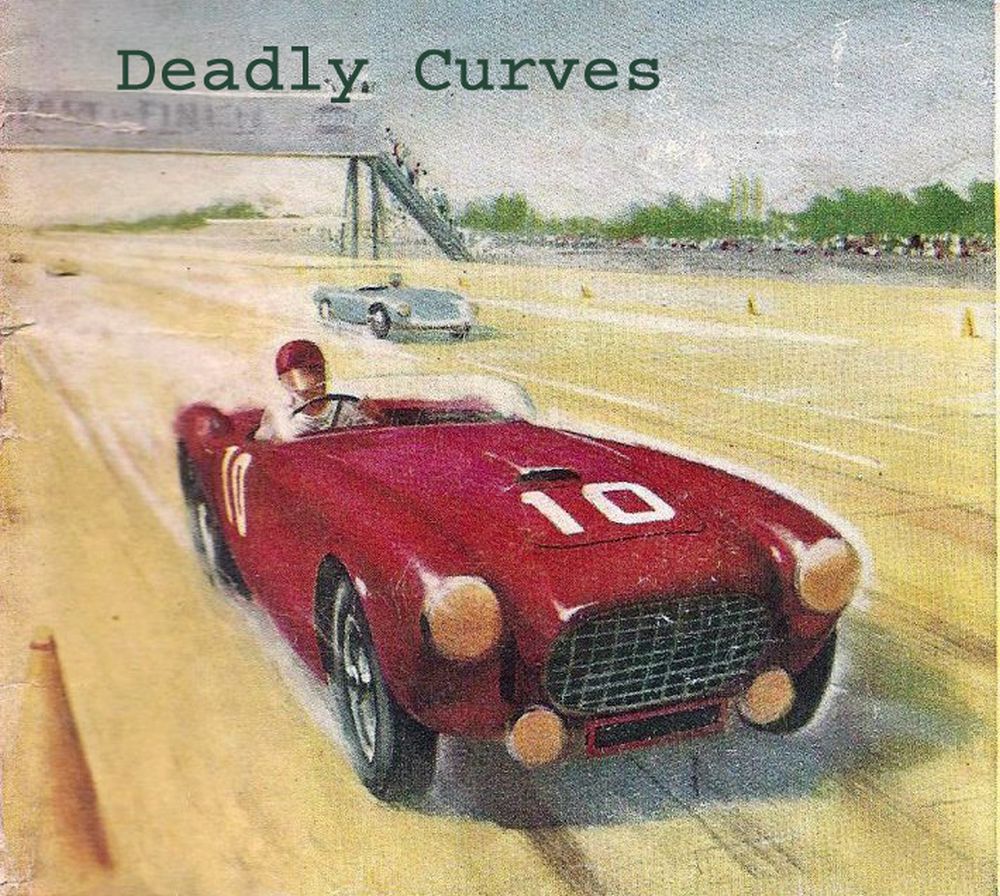 The 1930’s were the height of the art deco influence on automotive gauges. The stunning sweep of the 1934 Pierce Arrow dash, the elegance of the 1933 Chrysler Lebaron six instrument engine-turned finish display, and the swooping shape of the 1933 Willys array were all standard-bearers for the parade of sophisticated design. 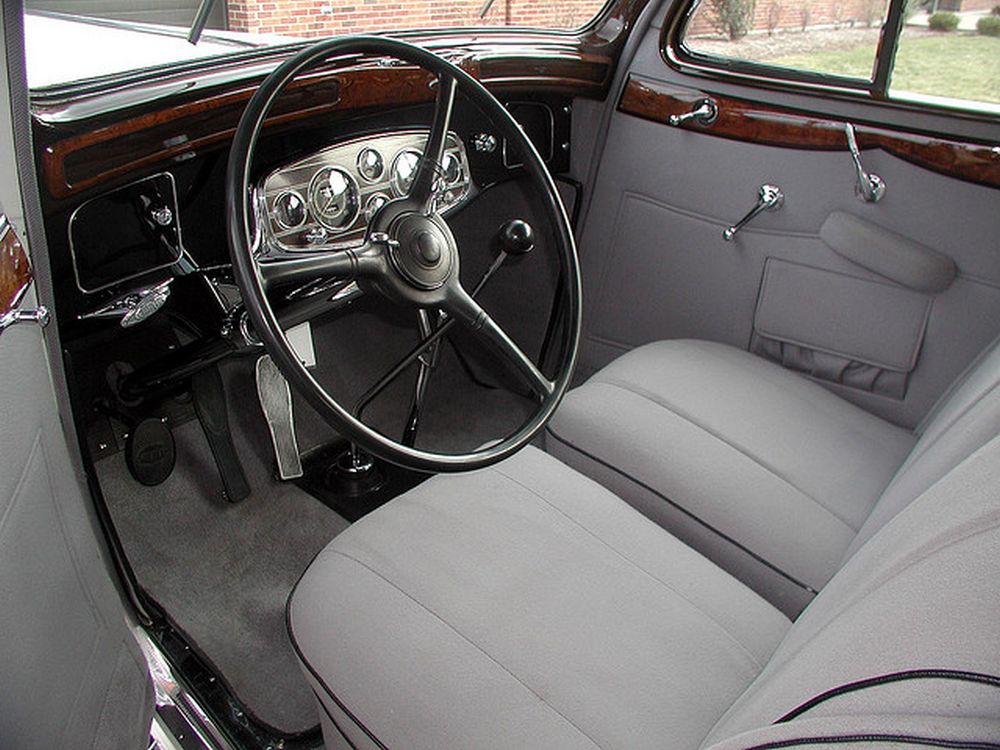 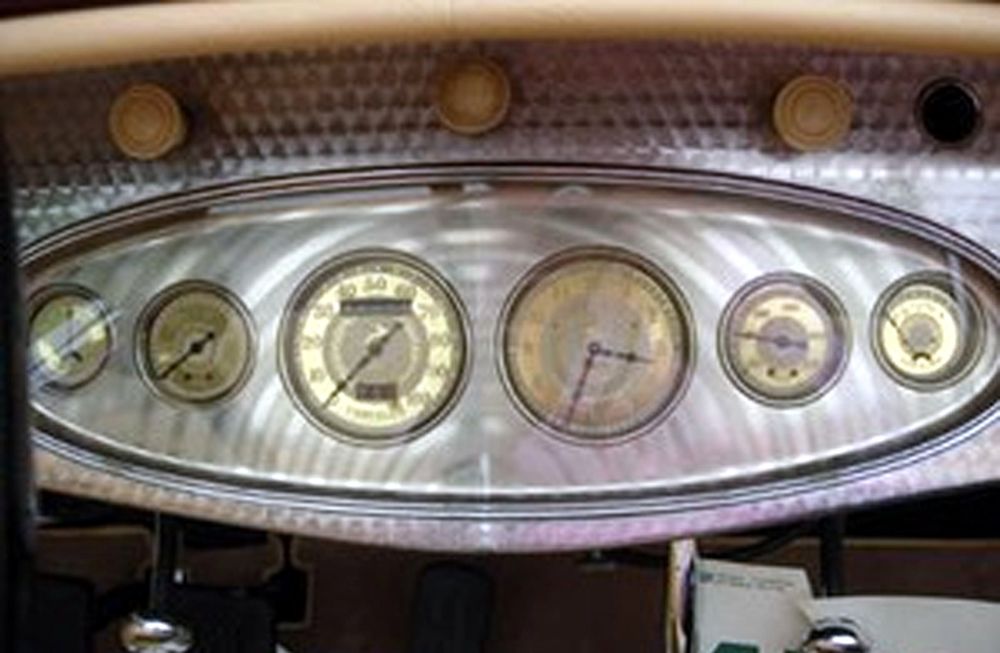 But it was also a time of transition, out of the post-1920’s grandeur in all things, into the more practical, yet still stylish designs of the mid-to-late Thirties. This is when the condensation of gauges visually became more and more common, either by proximity to each other or by consolidation into a single cluster. And the leaders were the same companies who led the way into auto instrument sophistication – Chrysler, Dodge, Plymouth. They combined the utilitarianism of the lowly truck dash, and put a beautiful veneer on it. A prime example in contrast is the 1933 Diamond T Truck cluster by Stewart Warner. Again, as per usual for SW, the design of the Diamond T is bold, simple, yet striking. 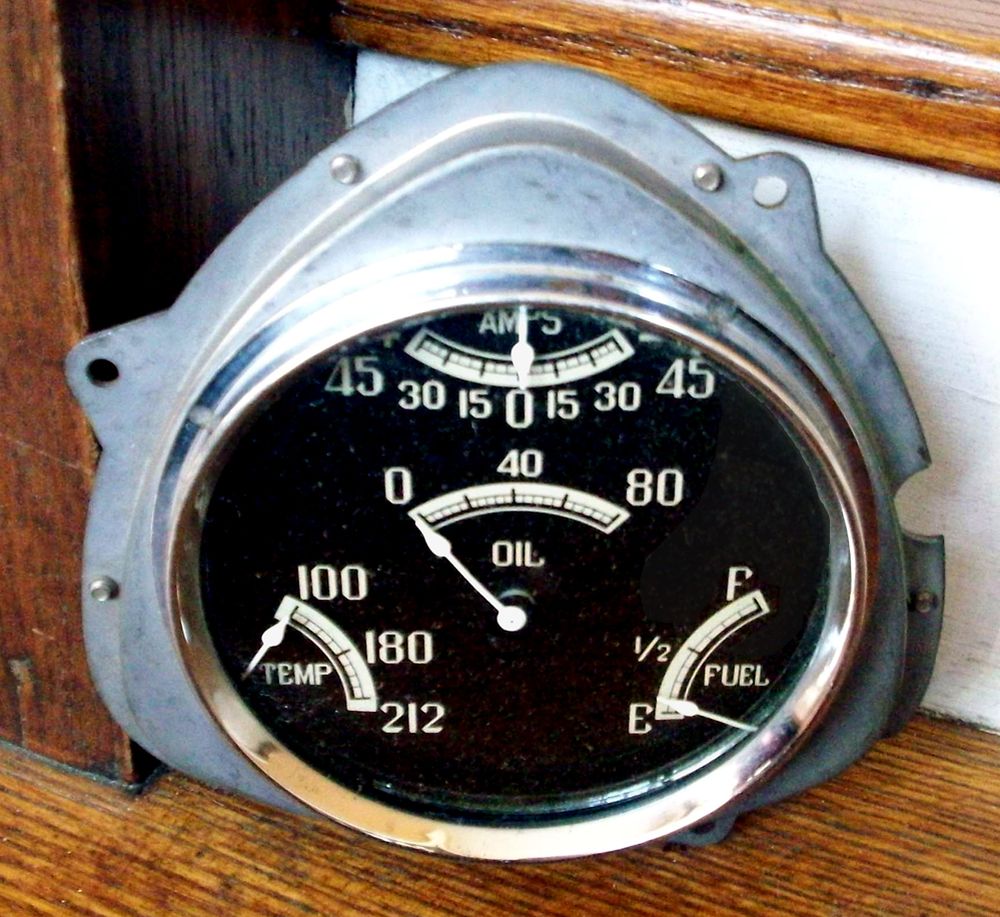 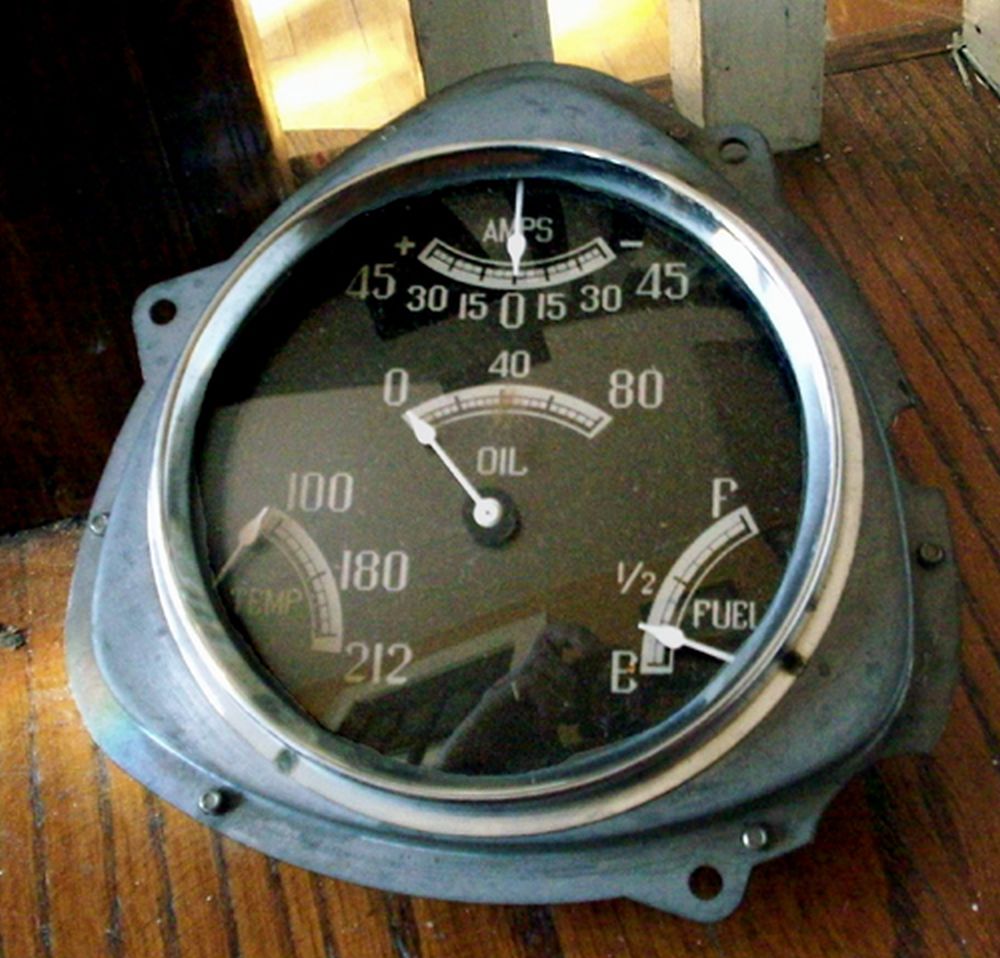 Chrysler took that practical thought a step or two further and applied it to the commercial possibility. What works for a truck will certainly work for the family sedan, but the mass consumer wants a little more flair for their dollar, and the 1934 Chrysler delivered. 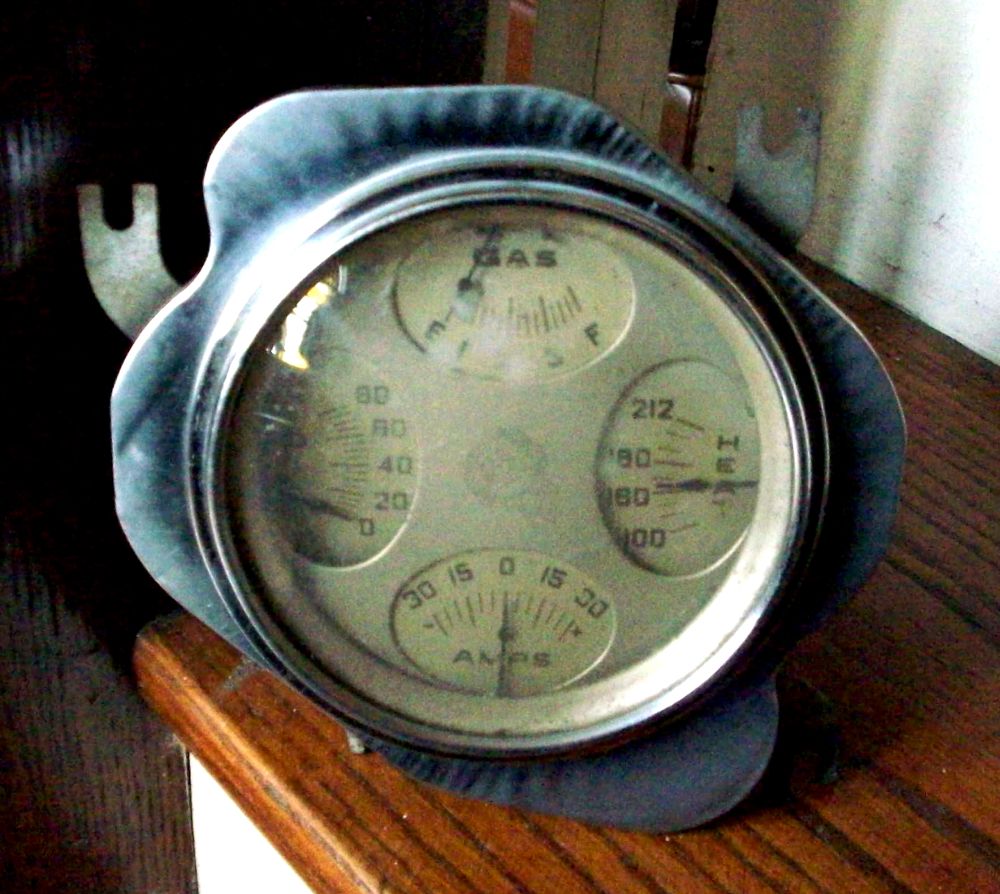 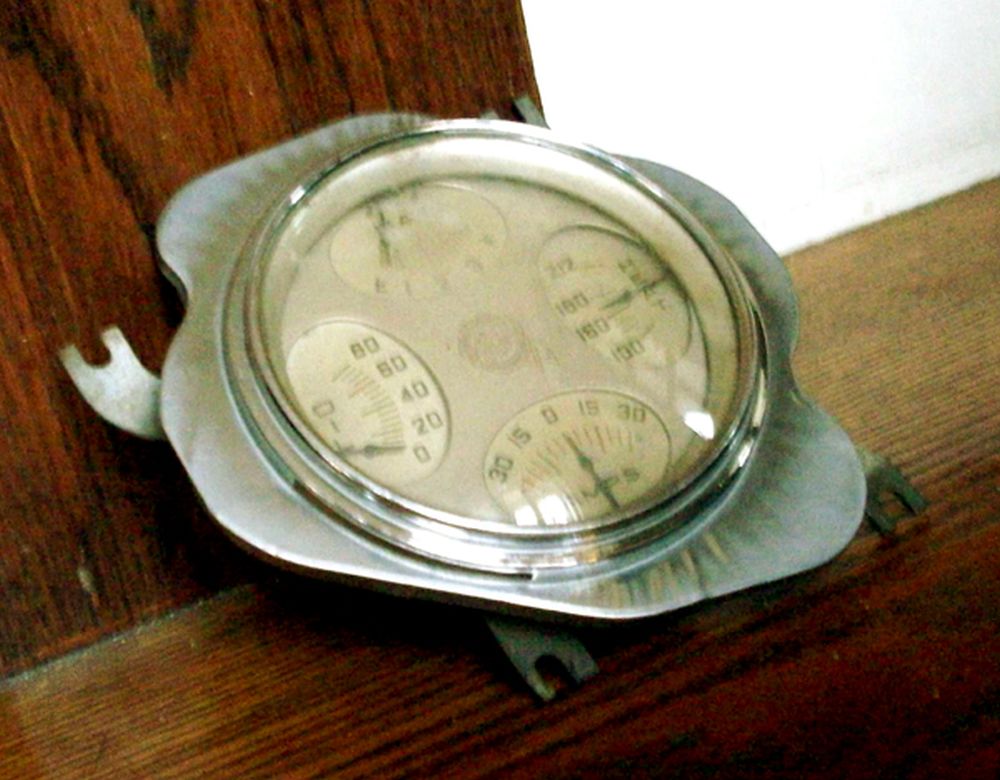 Note the soft hue of gold and the stylized graphics. They have the same function as the truck gauges, but with much more elegance. Stewart Warner would also become famous for their “All In One” cluster, which included three or four ancillary gauges and either a tachometer or speedometer in the middle, like this Segrave cluster… 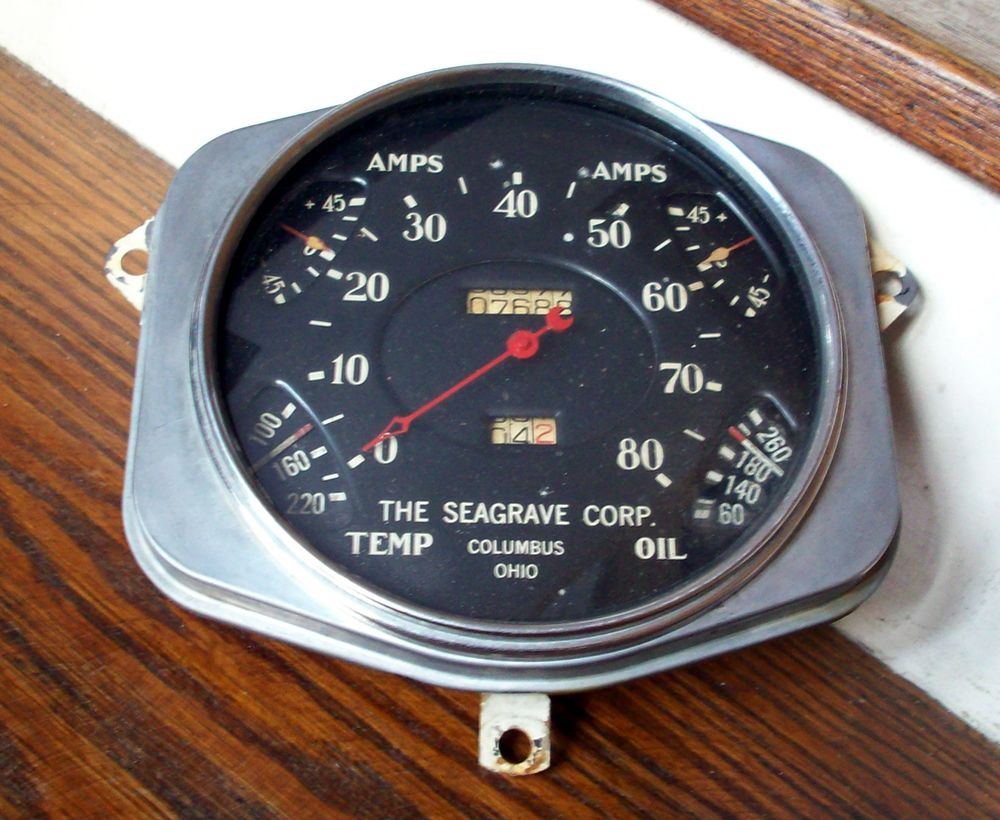 It was a style that was emulated just a handful of times in commercial cars. One was the 1936 Plymouth, a really gorgeous set that came in different color combos, including this regal black and grey… 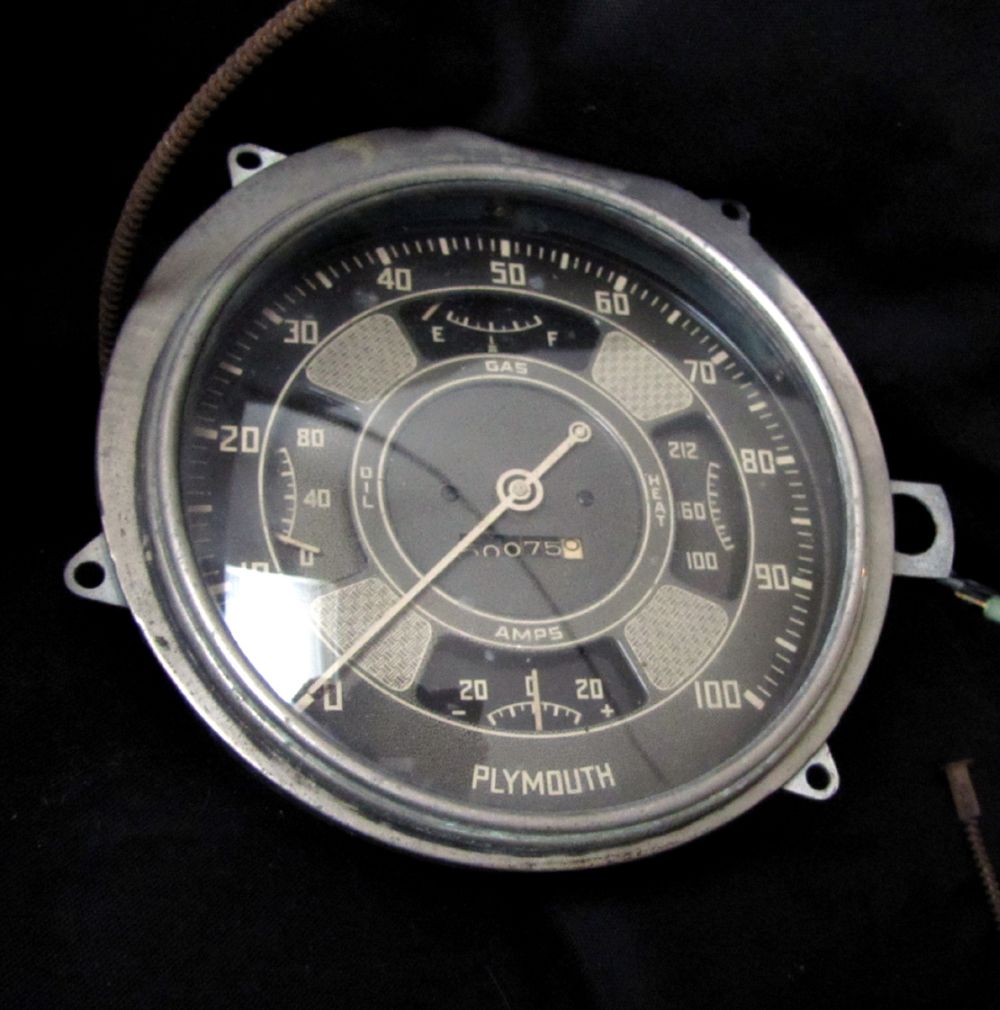 Also the 1939 Zephyr used this approach, and today is one of the hardest to get and most valuable sets from this era… 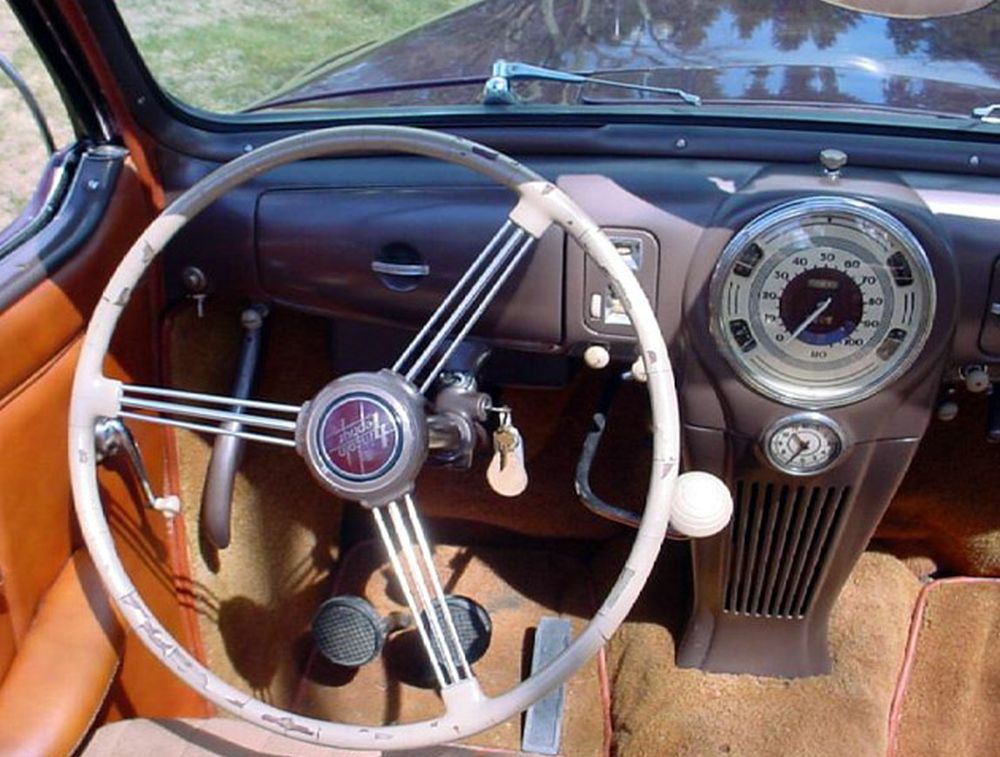 And famously, the 1948 Tucker! The Tucker set was a head-scratcher when I came across it. It’s a Stewart Warner set, stamped as such, but I couldn’t find a cross-reference to the numbers in all of my books (I have most from that era). It took a lot of posting in forums, asking guys who asked other guys, but eventually I just stumbled across the same dash in a picture of the interior of a Tucker automobile.

Since they had only made fifty complete cars, I determined that this was part of their back-inventory, either as a replacement set for a broken one down the line, or perhaps it was sitting in the warehouse, waiting for the call to come, and when it didn’t, it got parceled out at a liquidation auction and floated through the nebula of flea markets and swap meets until I pulled it from the morass. I did eventually sell it, knowing full-well that I’d probably never own another. But for awhile, I owned a piece of one of the most legendary and storied cars in our automotive history. And that was enough for me. 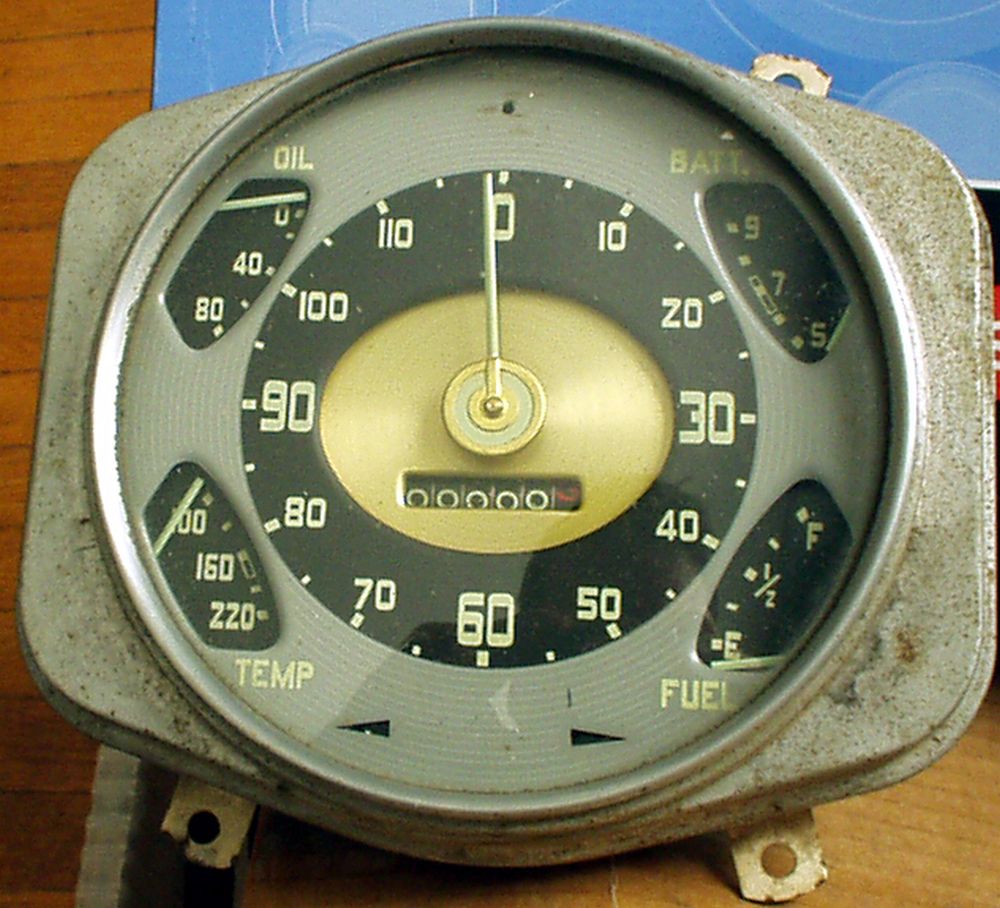 Thanks again to Tony St. Clair for his excellent review of the style and grace of gauges and how they were best used – as he said “the shift to modernarity.”  And…for those of you who would like to read his blog and enjoy his stories, click on this link to take you to Tony St. Clair’s “Deadly Curves”.