At least we found “two” of the press release photos 🙂   I’m sure the other ones that were released with the set showed the front and side profile of the car.  Hopefully….we’ll find those over time too (and post them here on Forgotten Fiberglass).

Ebay is a wonderful site, and the items we uncover will bankrupt me yet.  Today’s article focuses on two 8×10 press release photos posted in 1959 about the “soon to be produced” Shamrock.  Each photo has the same text on the back so we’ll share both photos and the text in one story. 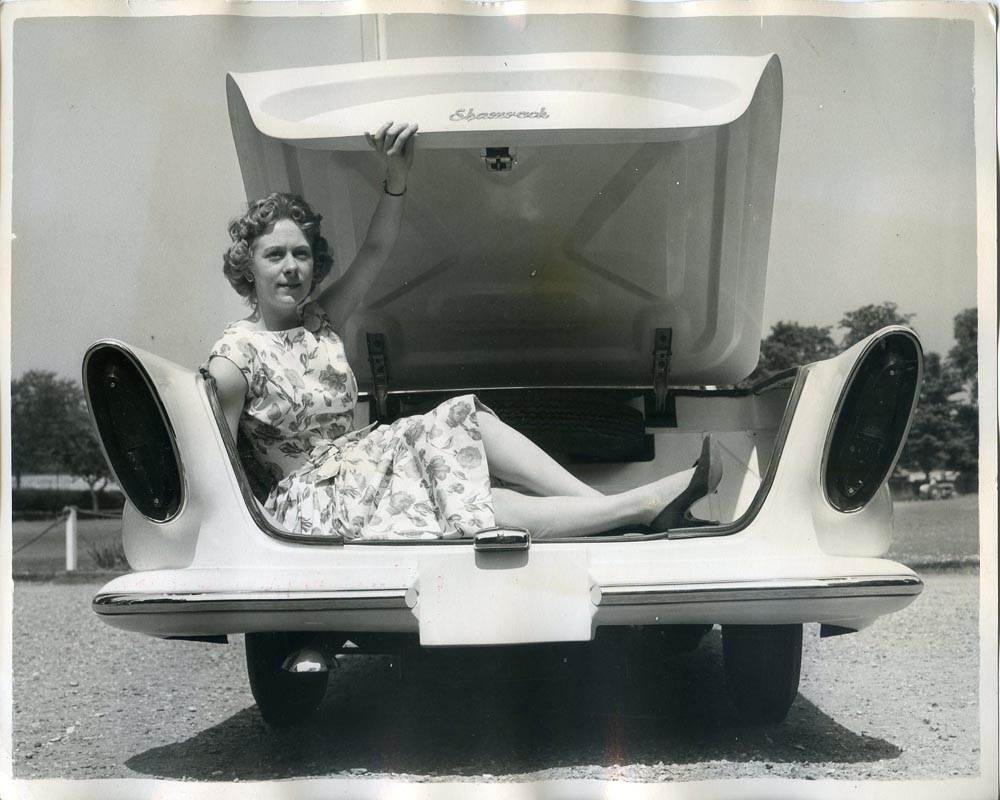 A preview was held today at East Molesey of the “Shamrock” – family sports saloon.  It is a plastic bodied family sports saloon, designed from British Motor Corporation components by Mr. W. Curtis an American – and produced by Shamrock Motors, Guilldford, Surrey.

It has a (Austin) A 55 engine – and the bodywork is made from Cellobond Polyster Resins and glass fibre.  The removable hood is made from aluminum.  Primarily for export, the car is priced at 900 pounds, is low and streamlined, with transatlantic lines.

The doors, bonnet, and boot lid are prepared in a compound mold, giving a perfect finish inside and out.  Keystone Photo Shows Joan Howard (24) of Mottingham sits inside the huge boot of the new car – to illustrate its large capacity today. 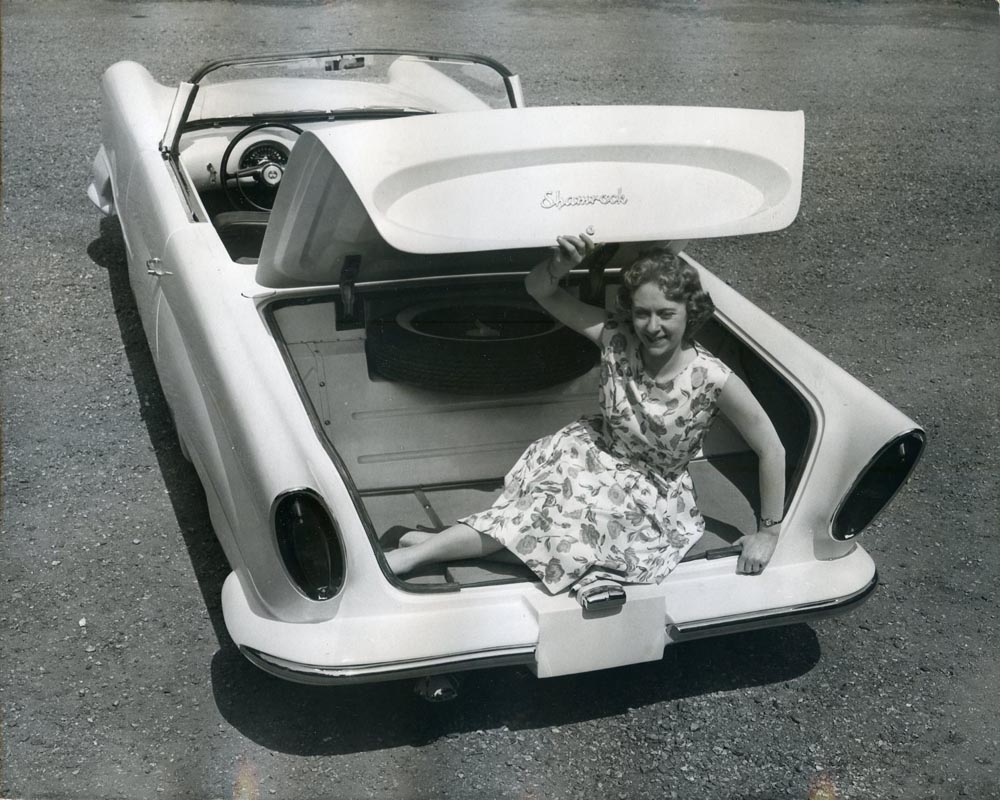 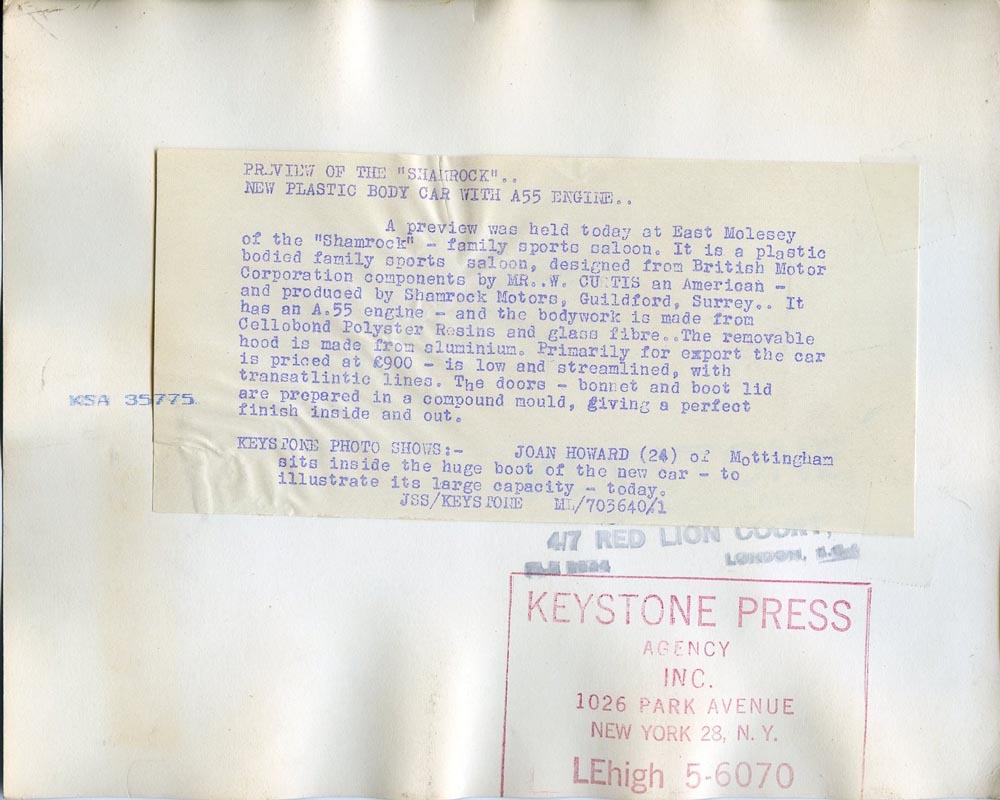 As you can tell, the text was for a British audience and was big news that production of a new car would begin in the U.K.  Interesting that they mention that the hood was made of aluminum.  I bet that didn’t make it in production but we’ll have to check with the Shamrock owners who are part of our group – both are out west (west coast of USA) so hopefully they’ll comment on our story below, and we’ll see what they have to say.