Sharing stories here on Forgotten Fiberglass is, I hope, just the beginning of our impact on the hobby.  Saving history, sharing what we learn, publicizing the success of “finds” that people make, coordinating events for showcasing these special cars…all of these things and more are what we are honored to support.

And you can add “art inspiration” to that list, now, as well.

Recently, I was pleased to hear from Jay Larsen of Summit Signs in northern California of a recent tribute he had created.  He works in producing commercial signs for companies as well as other art related collector items (some really cool stuff) and he sent me information about his latest project  – one that knocked my fiber socks right off.

A neon sign built as a tribute to Bill Burke’s 1946 Belly Tank Streamliner – the first belly tank racer on the salt flats of America.  And what a beautiful piece of art he had created!  I had to learn more so we talked for a bit and Jay was kind enough to write a story for us about how he came about this project and the process of building it.

So without adieu, Jay…take it away!

A Tribute to a Tribute
By Jay Larsen:  Summit Signs

While surfing the web one night in 2009, I came across a single picture of this really striking streamliner.  Futuristic and muscular with colors bold yet harmonious in the salty fading sunlight. It was uniquely powered by a partially covered flathead in the front.  At the time I had no idea of its significance in belly tank racing history or of the contributions of its builder.  It was just cool and the image stuck with me. 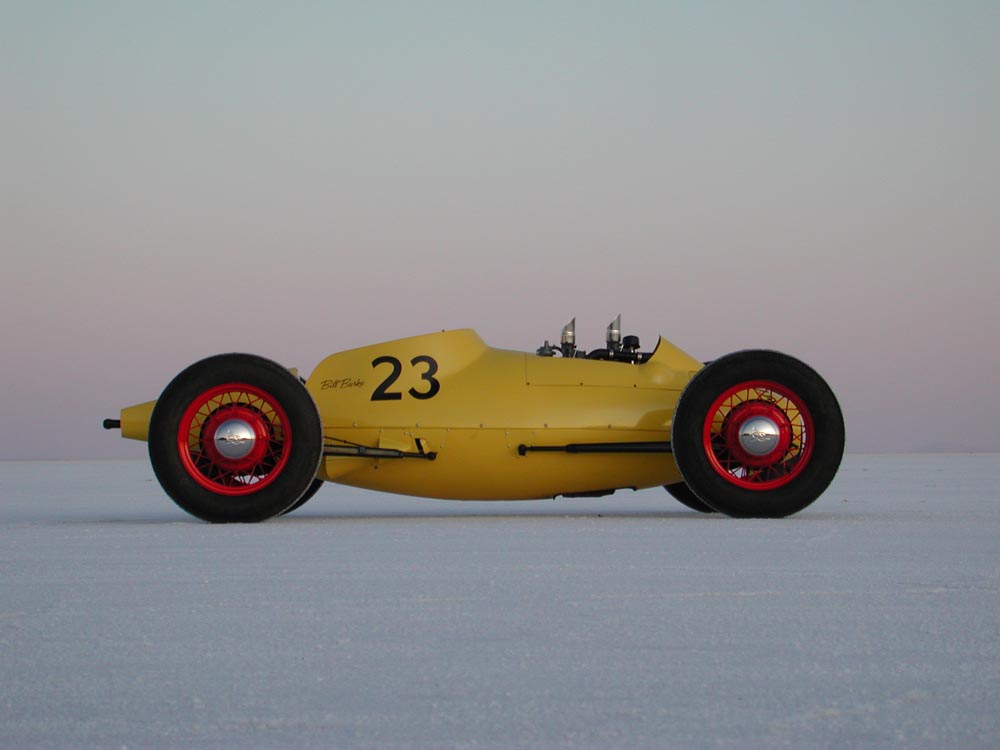 A couple of years later, I decided to build a 3D scale model of it.  Computer designing helped me determine the scale and shape of the body.  It scales out to about 40% of the original size, about 50” long.  Paper patterns were used to rough out the actual pieces of metal. All of the metal work was done by hand except for the water jetted spokes rims. 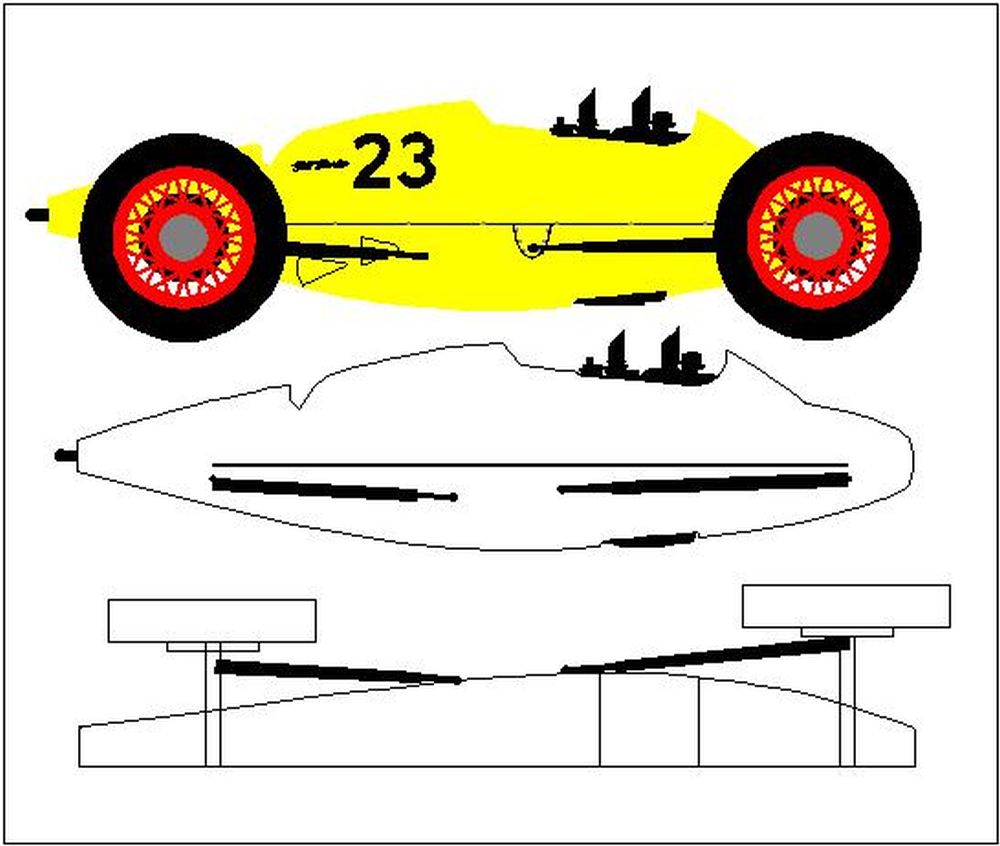 I started to cut them out by hand as well but quickly regained my sanity.  After I had roughed out the body and wheels, a friend told me that he saw this car at Bonneville in 2009. It was a tribute to Bill Burke’s famous 1946 streamliner – the first streamliner built from an aircraft fuel tank in the world. 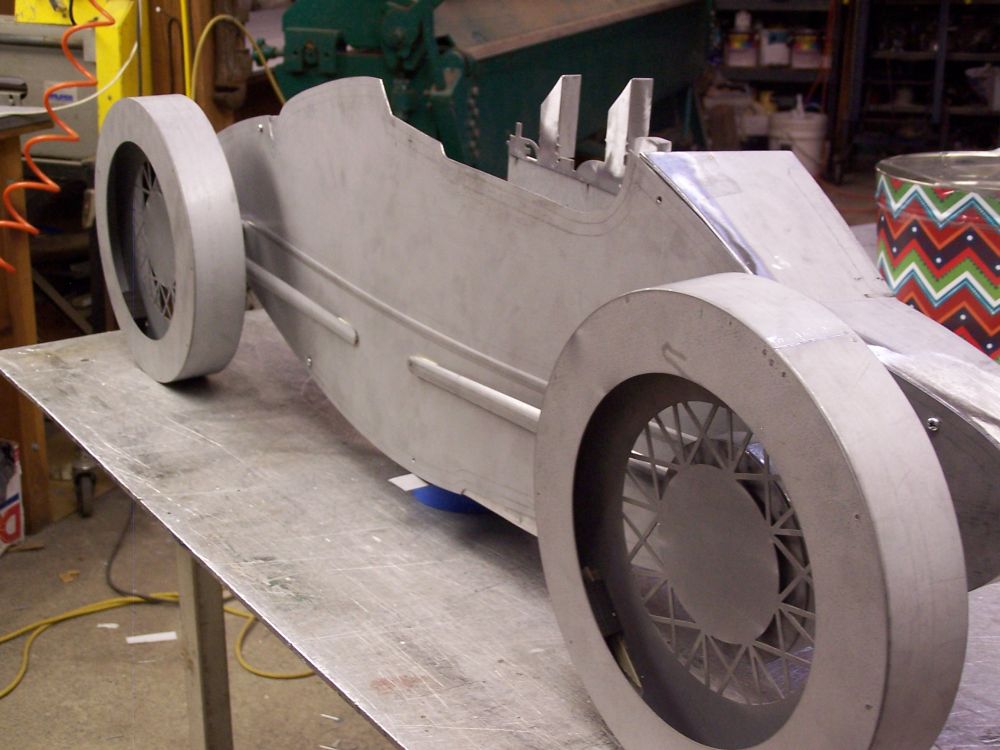 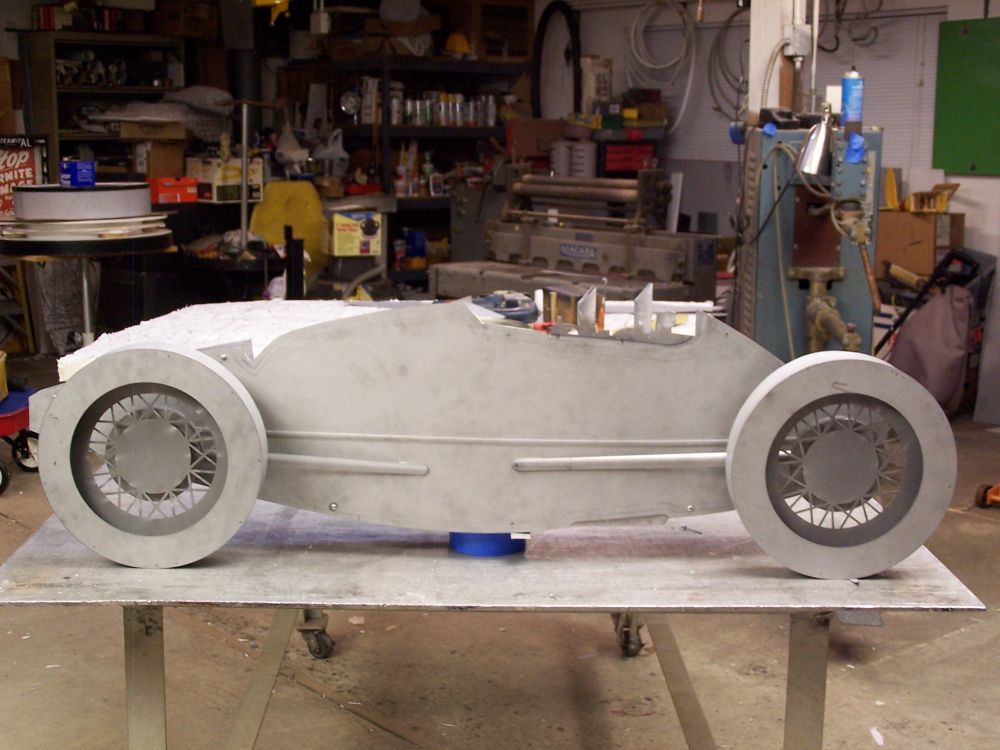 That night I learned about Bill Burke and his pioneering race car from Autoweek magazine. (Click here to review the Autoweek story on the Bill Burke’s Bellytank from late in 2012)  I wasn’t just building a scale streamliner; I was building a tribute to the world’s first belly tank streamliner from 1946! Wow, how cool!  I had to make this extra special. I decided to step it up a notch and thought neon might be unique.  The curved body itself was used to help form the neon. 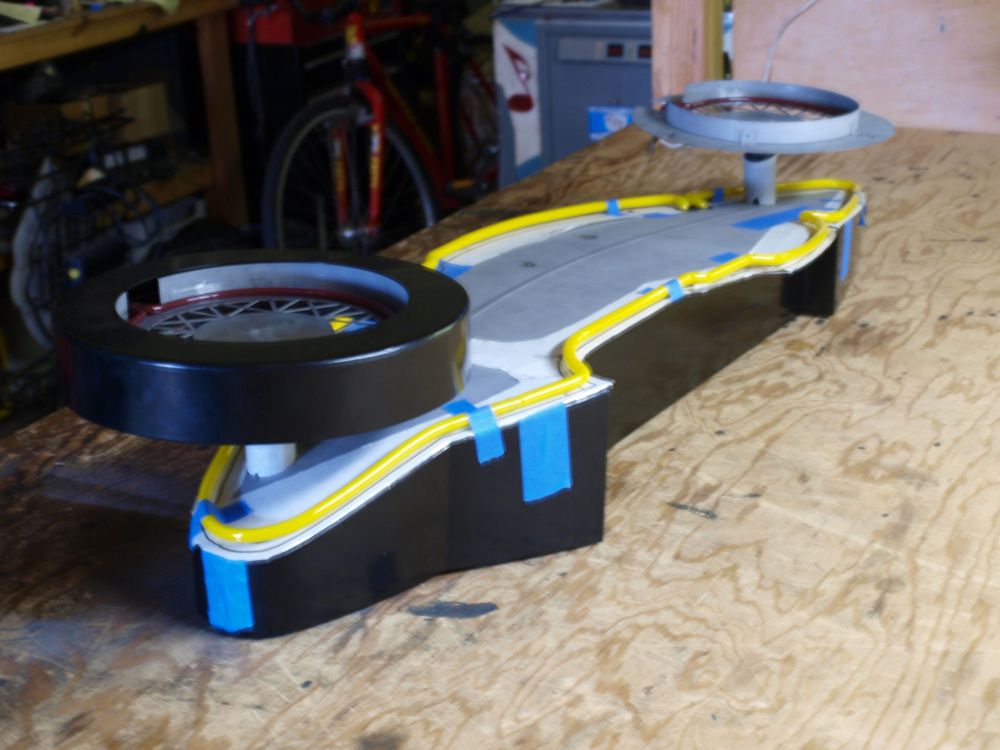 Originally I thought I would use an airbrush to simulate the engine blister and the scoops but decided on three dimensional pieces.  The blister is made of solid billet aluminum.  Miniature stainless steel hardware was use for that extra bit of scale realism.  Three coats of paint and heat cured automotive clear coat top off the star treatment. After painting it took 15 hours for the final assembly. All totaled about 150 hours to build.  The finished piece really turned out to be a tribute to the tribute. 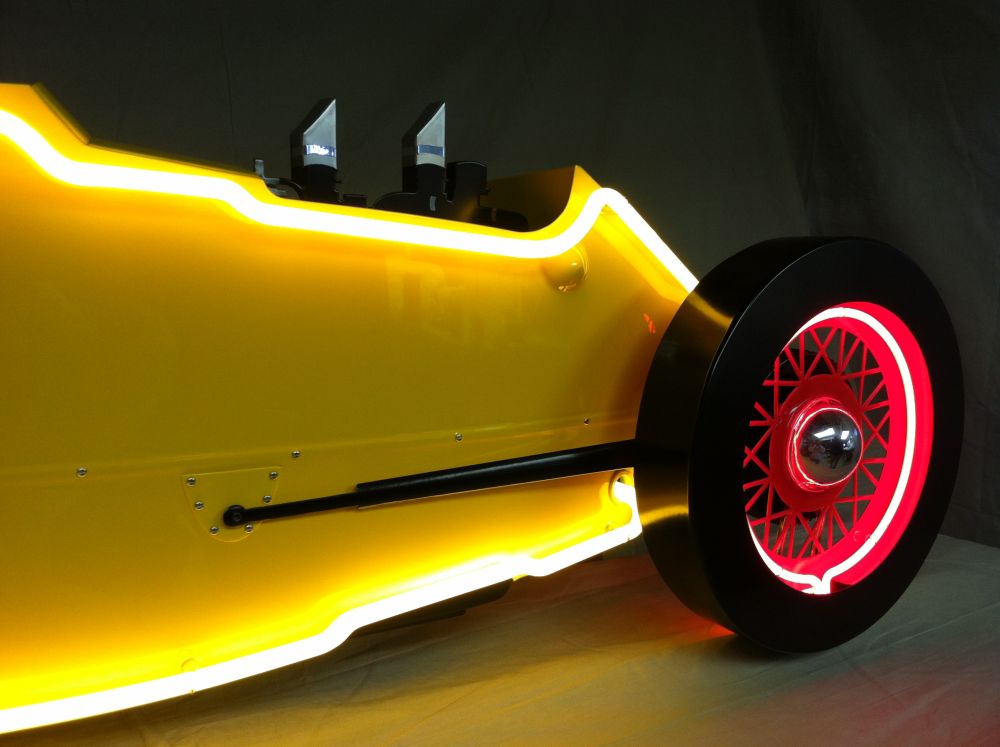 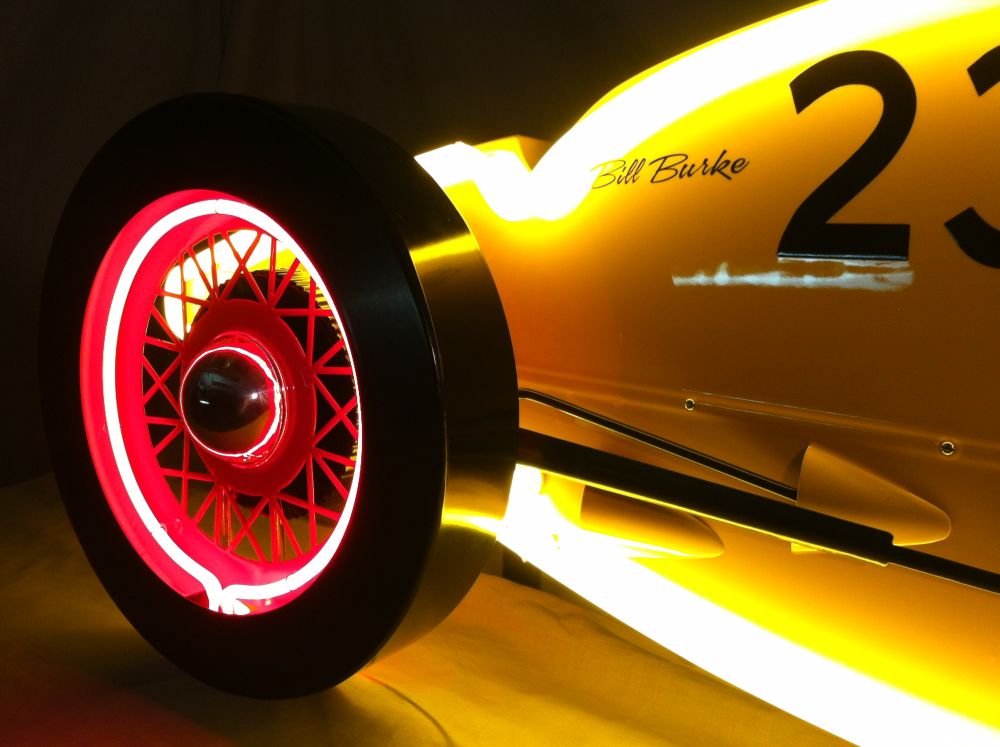 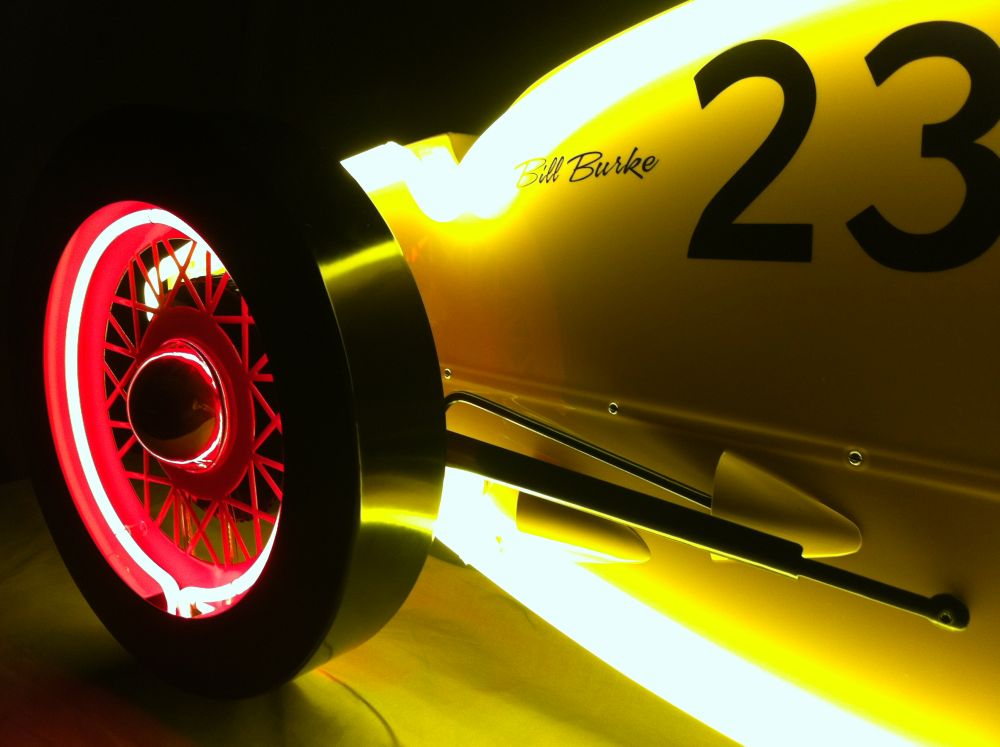 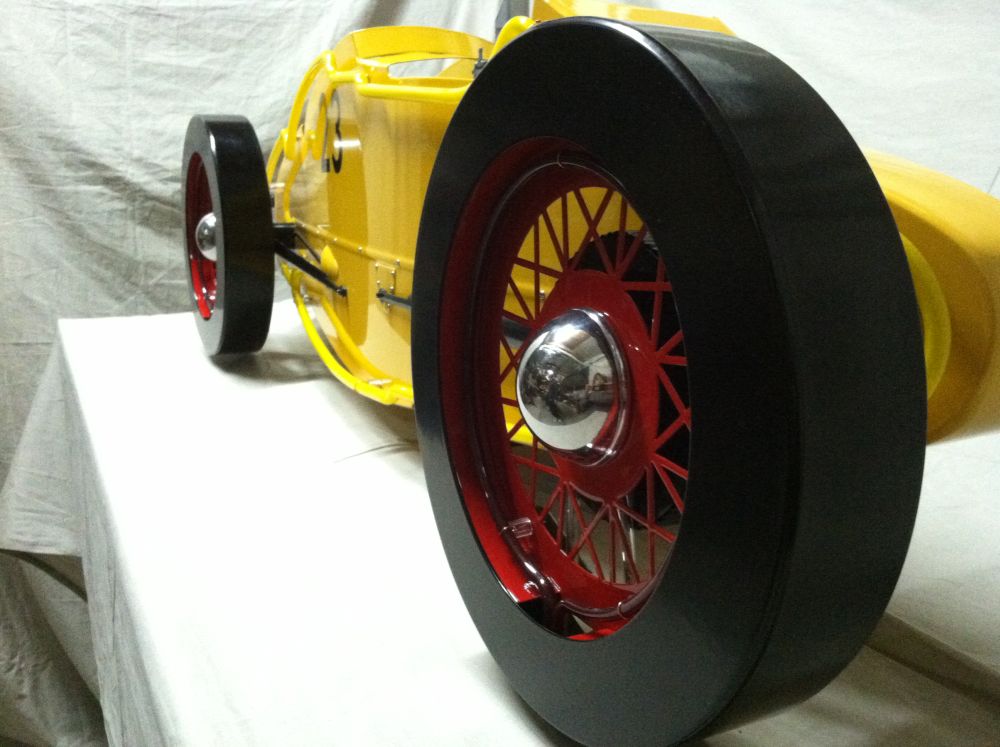 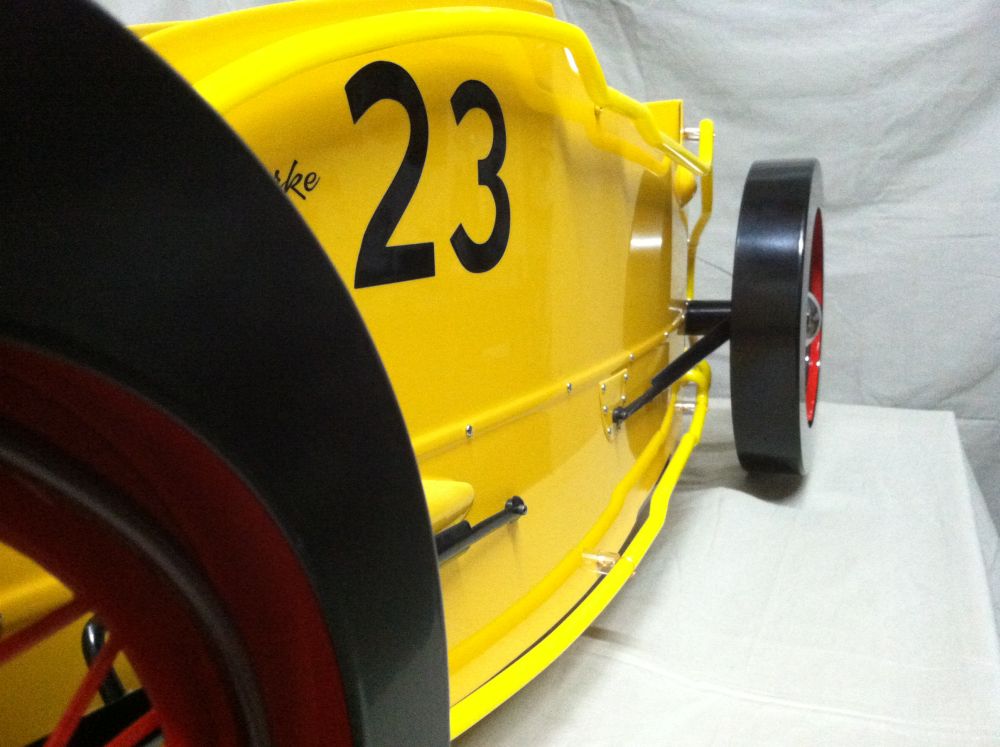 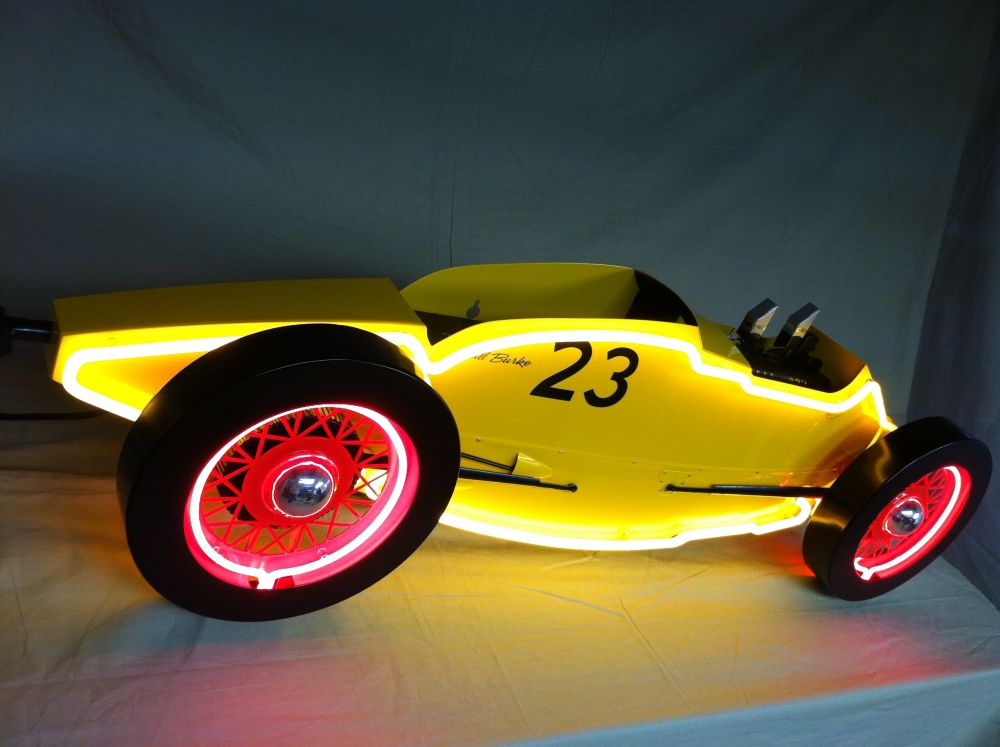 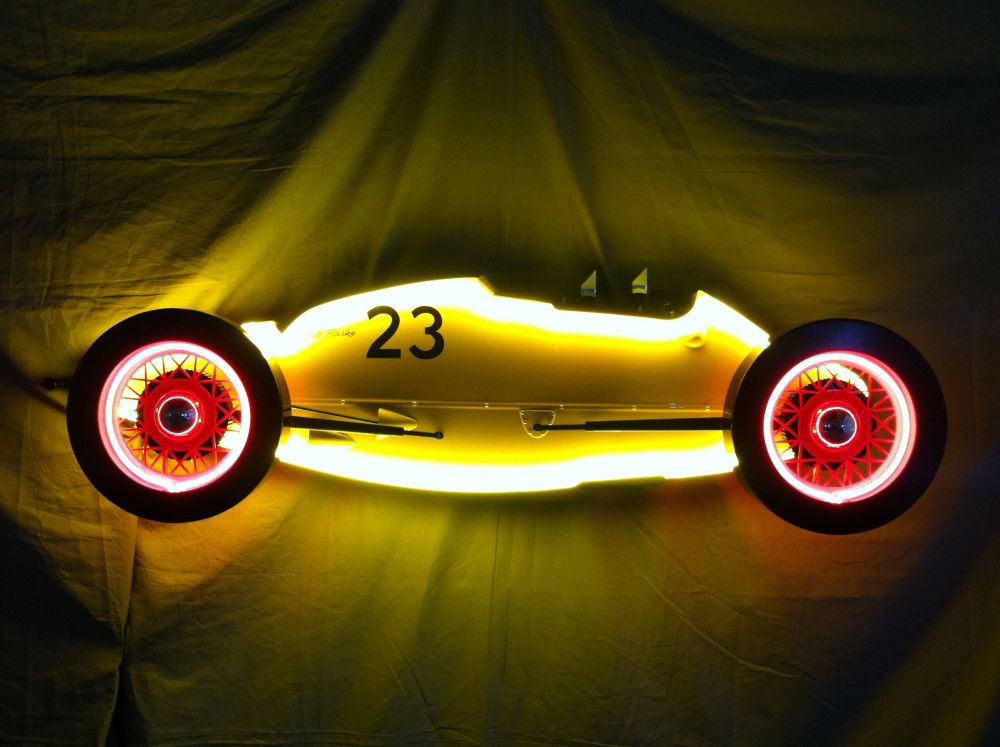 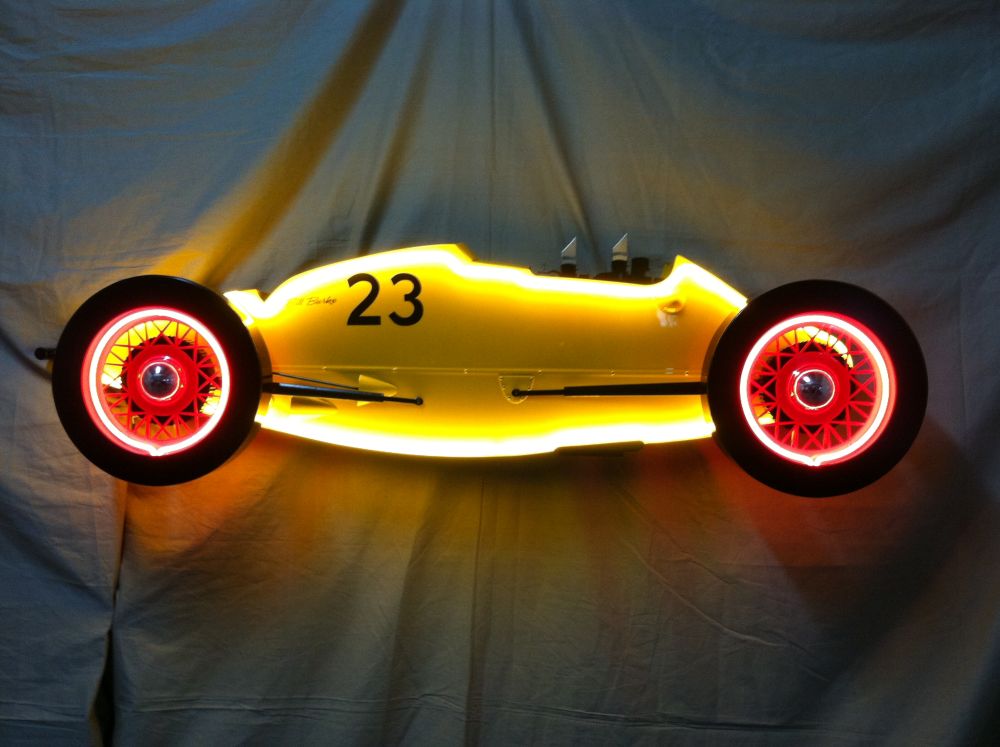 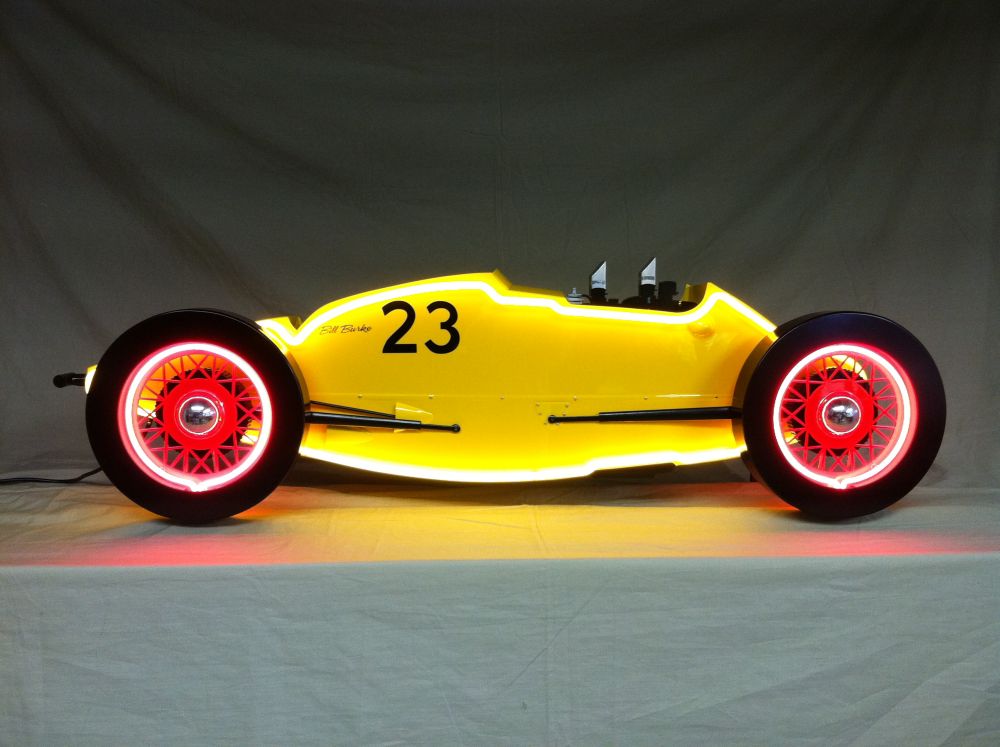 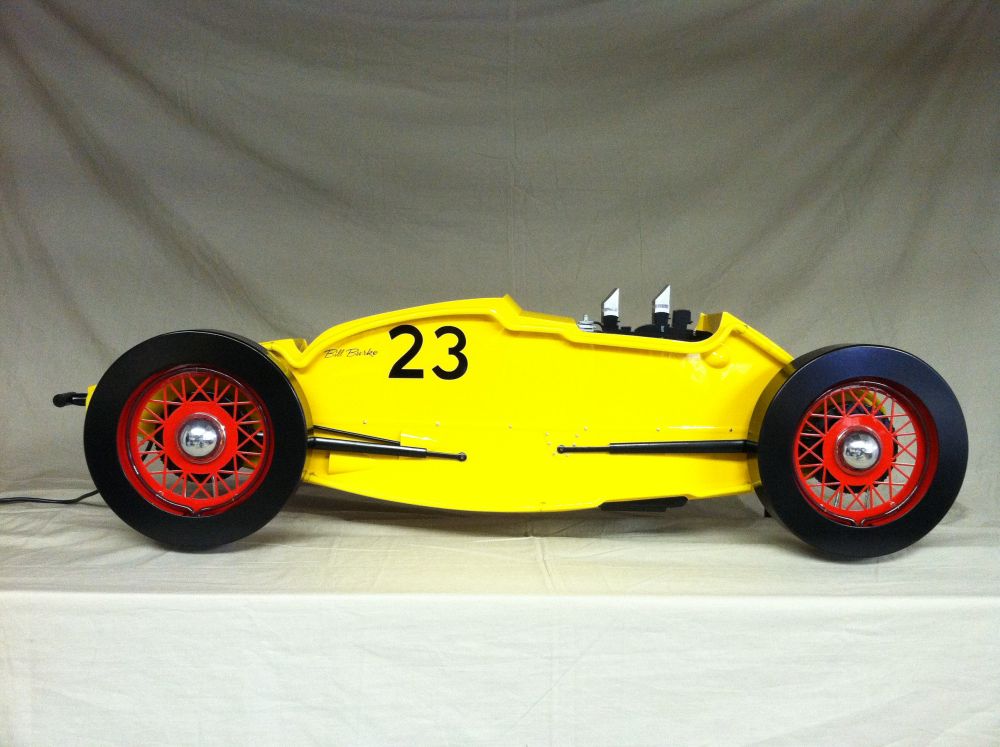 What a stunning piece of art Jay has created – something for all to appreciate and admire.  I asked him his plans for it and Jay told me that he may be considering building another tribute and if so, he might make this available to interested people.  What a powerful way this artwork would be – in neon no less – for the right auto enthusiast out there to retain.  No doubt where this tribute will be, it will draw attention in every way – just like the full-size tribute does wherever it’s displayed.