In the past few months, I’ve been pounding on eBay looking for more information on our coveted ‘glass specials….wringing this digital media “dry” of as much history, stories, and photos I can find.  And much of what I find comes from links that many of you send to me – interesting items that our group may or may not have found.  Thanks to each of you for doing this.  I try and share all we find.

One of our recent “finds” was additional information on the Viking KP-101 sports car.  This included a short article from a Florida based newspaper, a press release photo, and another small photo in color.  No doubt the color photo was once in a set of color photos showing the car from all angles, but only this one color photo was in the eBay auction for sale.

Beggers can’t be choosers, and I cherish all that we can find on these cars – 50 or so years after they often debuted on the American scene.

What’s cool about today’s “find” is that the history of the Viking sports car is discussed with some new information surfacing.  First, the car here is called the “Viking II” and not the “Viking KP-101.”  And next, the designer and builder of the car – Paul Hives – is identified with a photo included.  So is his address in (north) Miami.  Good stuff here gang!

Let’s review what we found 🙂 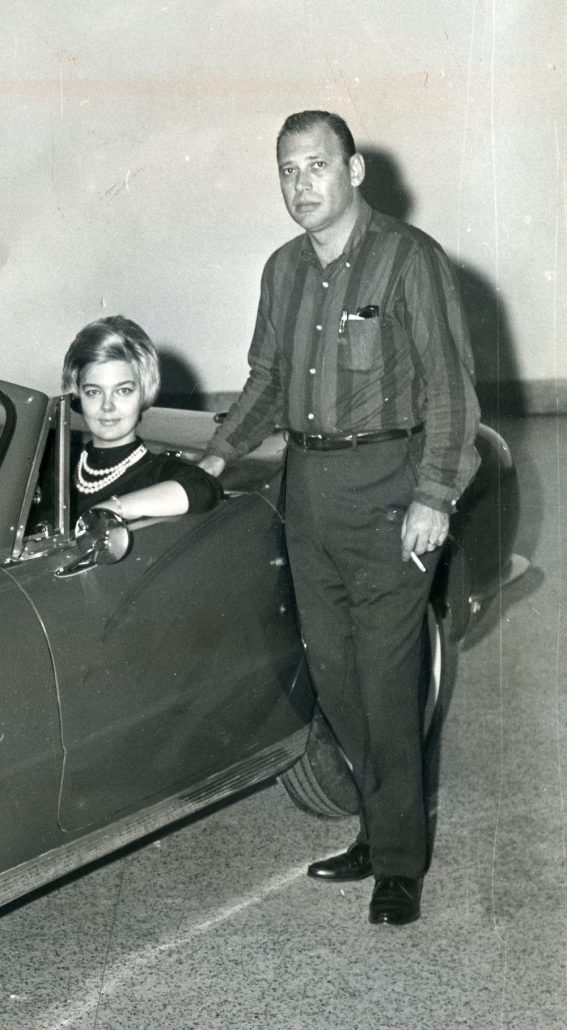 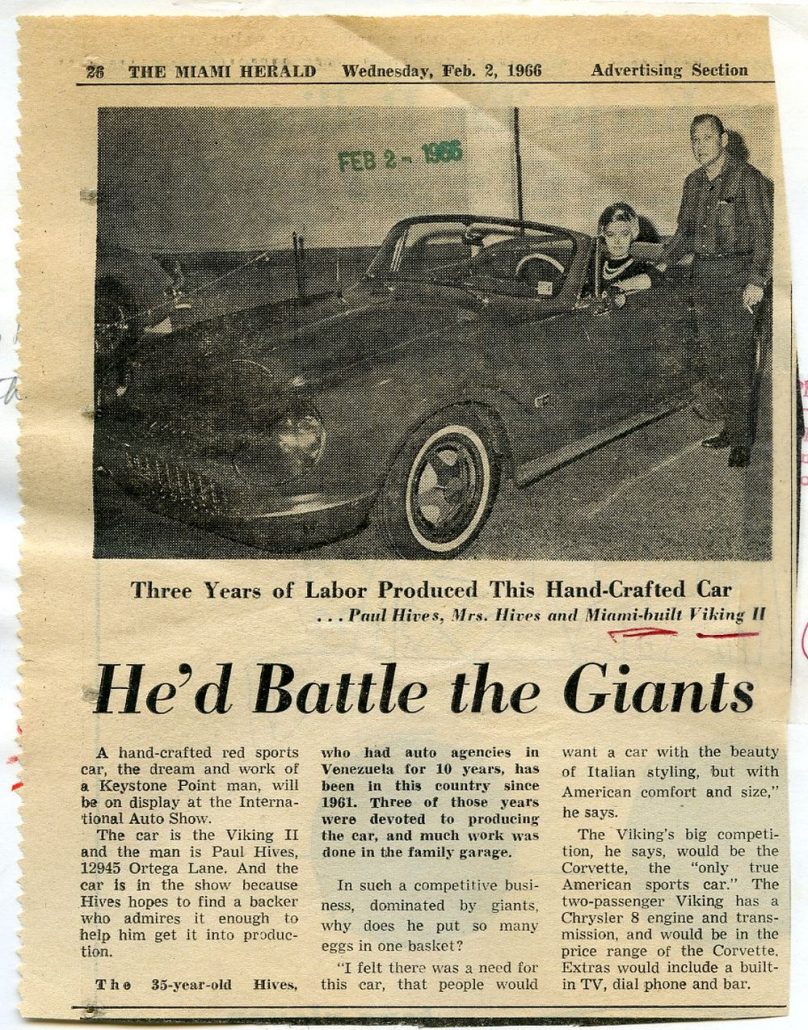 A hand-crafted red sports car, the dream and work of a Keystone Point man, will be on display at the International Auto Show.  The car is the Viking II and the man is Paul Hives, 12945 Ortega Lane (North Miami).  And the car is in the show because Hives hopes to find a backer who admires it enough to help him get it into production.

The 35 year old Hives, who had auto agencies in Venezuela for 10 years, has been in this country since 1961.  Three of those years were devoted to producing the car, and much work was done in the family garage.  In such a competitive business, dominated by giants, why does he put so many eggs in one basket?

“I felt there was a need for this car, that people would want a car with the beauty of Italian styling, but with American comfort and size,” he says.  The Viking’s big competition, he says, would be the Corvette, the “only true American sports car.”

The two-passenger Viking has a Chrysler 8 engine and transmission, and would be in the price range of the Corvette.  Extras would include a built-in TV, dial phone and bar.

Shown below are the photos located of the Viking sports car in a recent eBay “fishing” expedition: 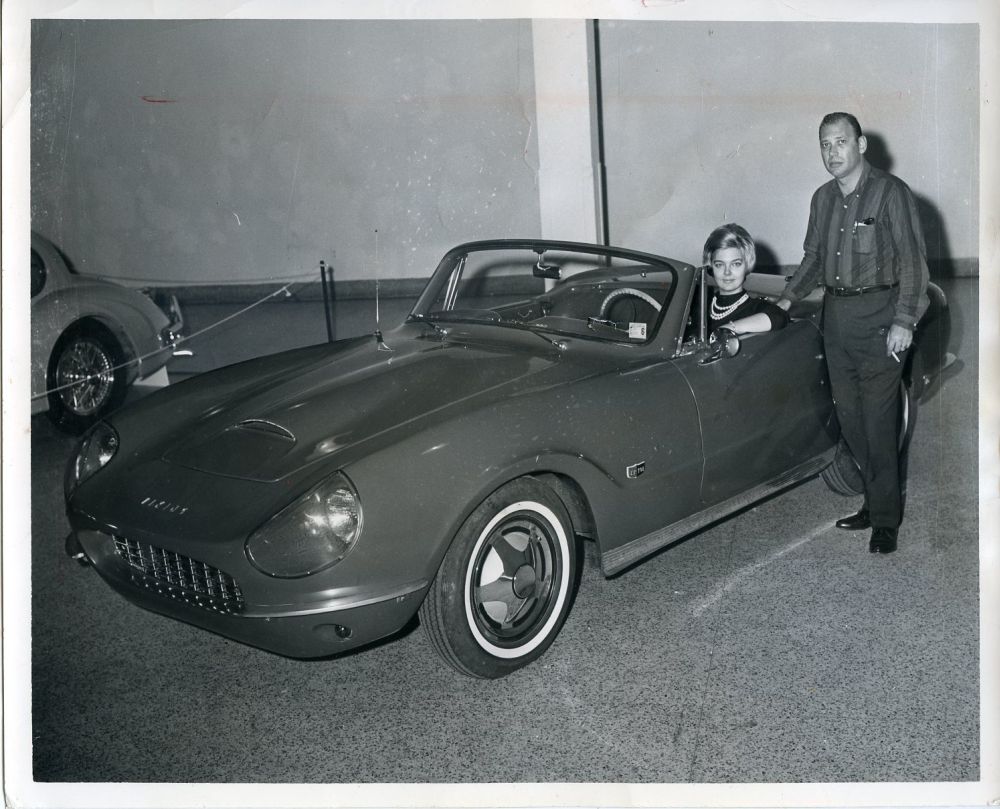 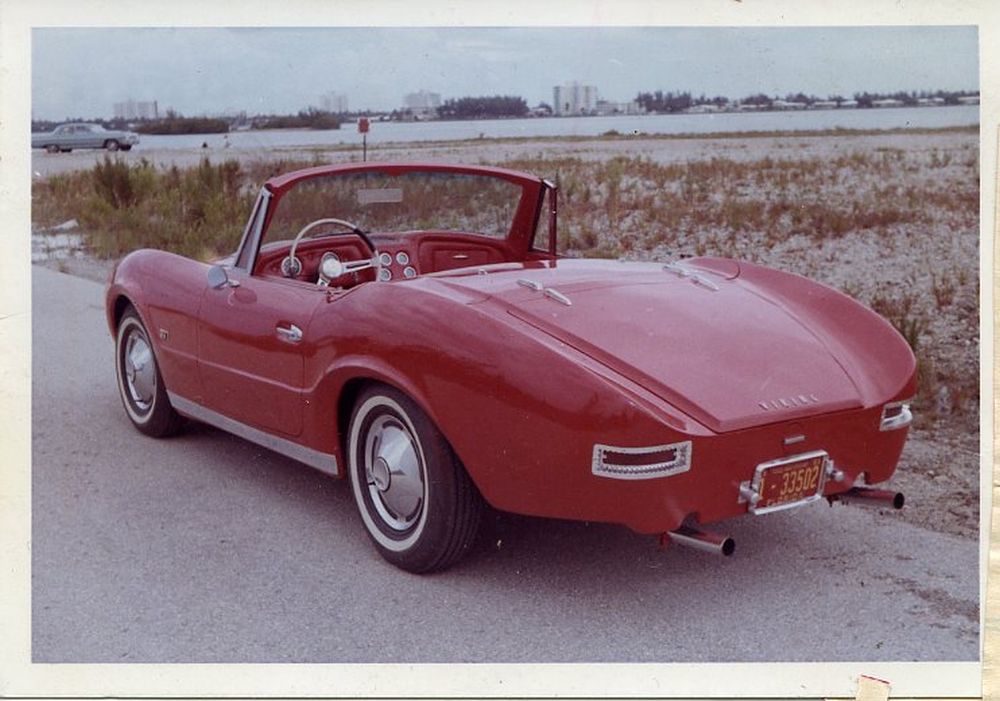 So…with this added information along with the first article on the Viking sports car, is there enough information to find the person and/or family that built it?  The back of the color photo has an October 10, 1965 date suggesting we may have to move the date of the debut of this car from 1966 to 1965 – additional research is needed to confirm.  Paul Hives would be around 80 years old now – certainly within the realm of age for many of the folks we’ve found so far.  Anyone want to help find the person, the car, and more?  We at Forgotten Fiberglass can use all the help possible 🙂