As more of our limited production fiberglass sports cars get restored, they are showing up at established car shows and making big waves.  At any show across the country, if an American sports car shows up that people have never heard of – like the Woodill Wildfire sports car – it commands immediate attention.  And if it is as beautiful as Stan and Ann Fowler’s Woodill Wildfire…you’ll see what we mean.  Your restored fiber-special will be in demand at any show you attend – believe me.

Last September, Stan and Ann ventured forth and created quite a stir at the Frankenmuth Autofest in Frankenmuth, Michigan – not far from where they live (and where their Woodill Wildfire is secretly stored).  I asked Stan for some photos and a story and he was kind to oblige.   Good friend Wayne Kady also sent some photos he took that day of Stan and Ann and their Wildfire up in Michigan.  Great thanks to Wayne for sharing his photos 🙂

Take it away Stan….

We brought our Woodill Wildfire to the Frankenmuth AutoFest in Frankenmuth, Michigan. It was the second weekend in September, 2012.  It’s put on by some of my friends, and I’m a judge there each year too.

It’s a great show-about 2000 cars participate.  On Friday night they shut down Main Street for a block party, and before letting cars on the street they run some special and mostly LOUD vehicles down the street as a little teaser. The Wildfire was one of those cars.  Take a look at the video (below) to see us zoom down the street.

Wayne Kady’s pictures were taken on the street on Friday night.   The show then moved to the park for the weekend.  This was the first time out for our Wildfire since the Milwaukee Masterpiece in 2011.  Since that first outing, I’ve spent a lot of time refining the car-changed carbs, got it running good, rubbed out the paint again , etc.

Bottom line was -it attracted a lot of attention-mostly ” what is it ?” Ann and I spent a lot of time around the car talking….We did find about two people who knew what it was, and that was it.  The picture below is taken on Main Street – note all the spectators. This is a big show – 2000+ cars and a lot of spectators. 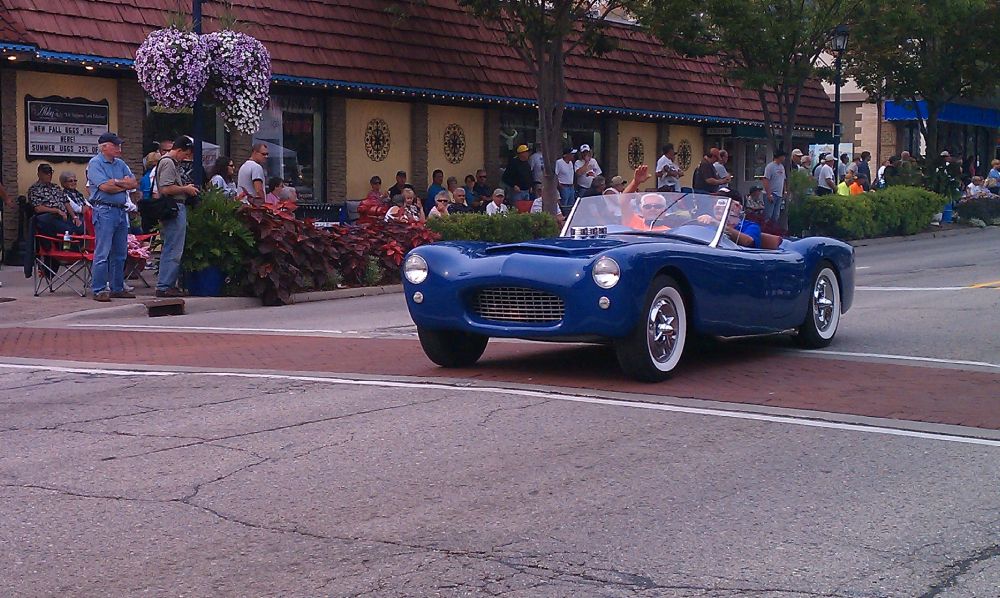 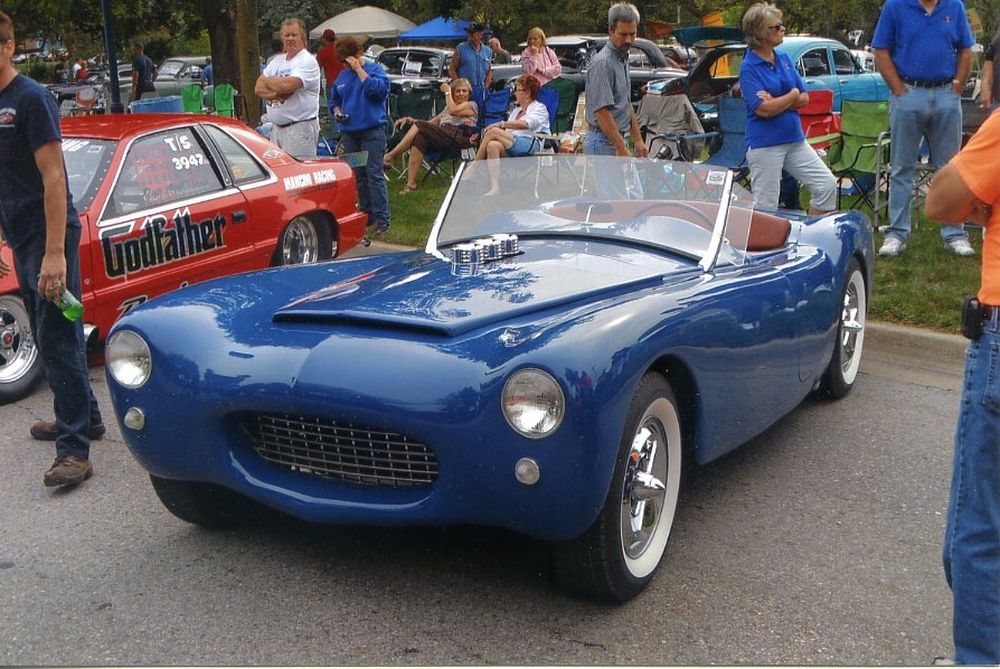 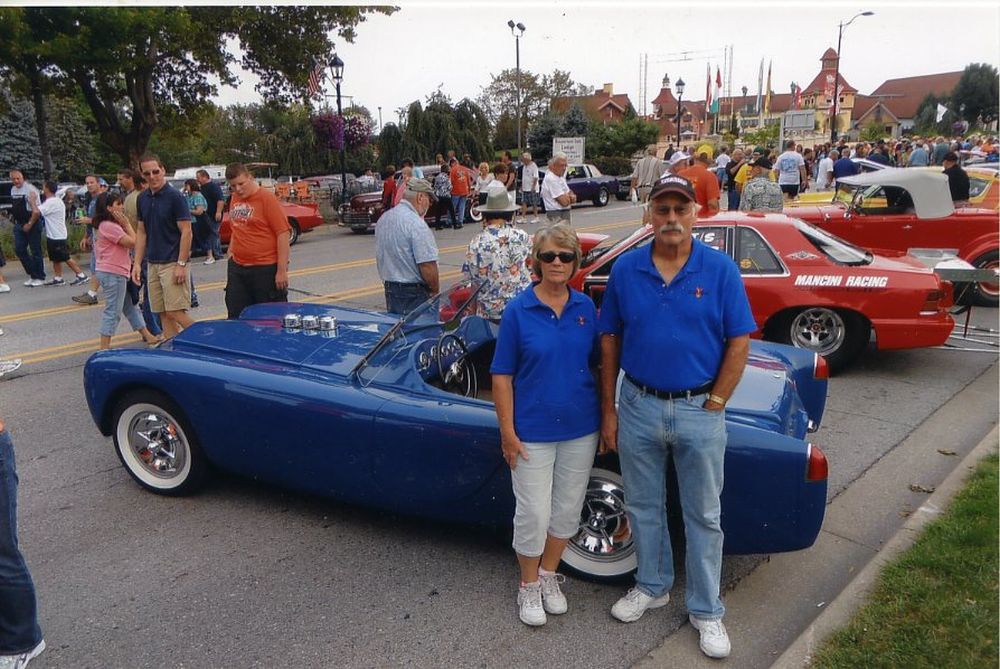 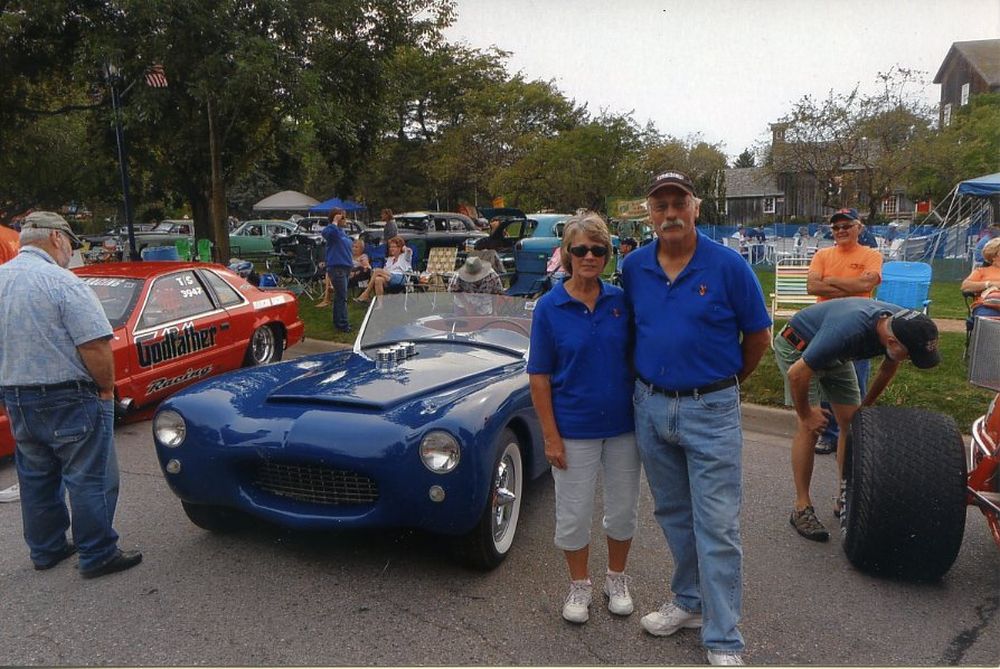 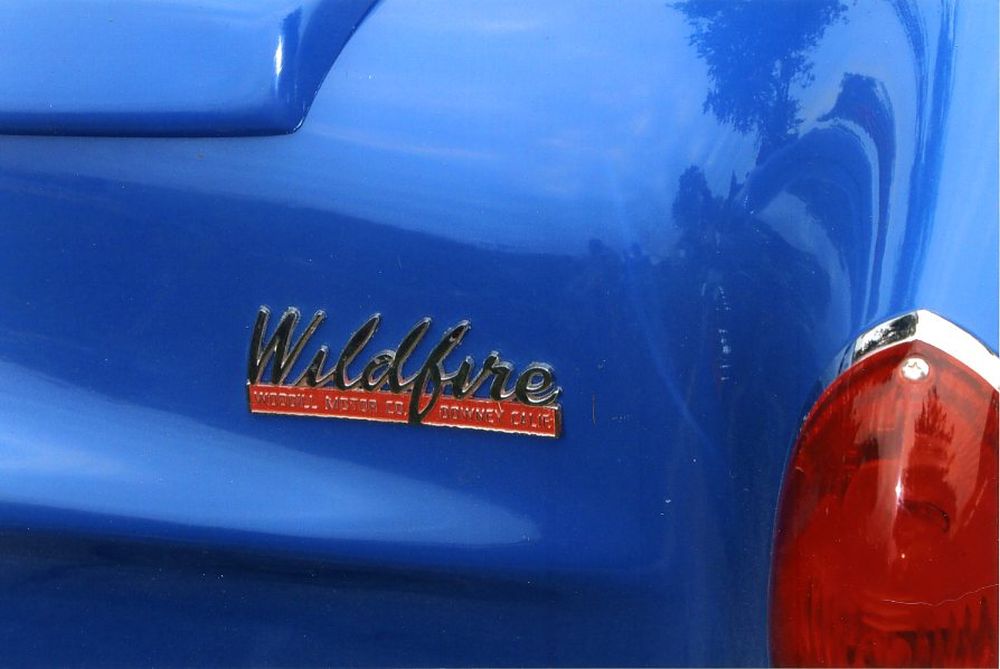 Click here to see more of Stan and Ann Fowler’s Woodill Wildfire at the Milwaukee Masterpiece in 2011.

So….I challenge you limited production fiberglass sports car owners out there to get your car restored and get it out on the street.  One thing has changed these past few years and that is how these cars are received by the public.  Our cars – once relegated to the back of the show or event- if allowed in at all – are more and more being enthusiastically received, welcomed, and brought forth front and center – finally receiving the recognition and attention they have deserved all these past many years.