Behind every unrestored fiberglass car lurks stories and possibilities – as creative and powerful as the mind can conceive.   You just have to have the courage to see what was and what can be again – and what can be “better again” too.  This story starts with a lost and lonely LaDawri Conquest from Georgia and from it grows a friendship between latest owner Denny Nowiski and myself – and a restoration in progress yielding one of the nicest Corvette-LaDawri Specials seen to date.

Back in 2009, I had heard about this car slumbering in Georgia.  It was indeed a LaDawri Conquest but someone had modified the front end – perhaps due to an accident – and had removed the center post making it look more like a LaDawri Daytona.  A spoiler had also been added to the front and a hood scoop over the engine.  It looked pretty good and had no doubt been a runner back in the day.  The car ran and drove but needed a full restoration – and some finish work too.

At that time, the chassis, engine, and transmission was identified as coming from a 1962 Corvette and several other Corvette parts had been used to complete the build.  It sounded like a great car and needed a new home.  I did what I could to find one, but found no takers so the car disappeared. 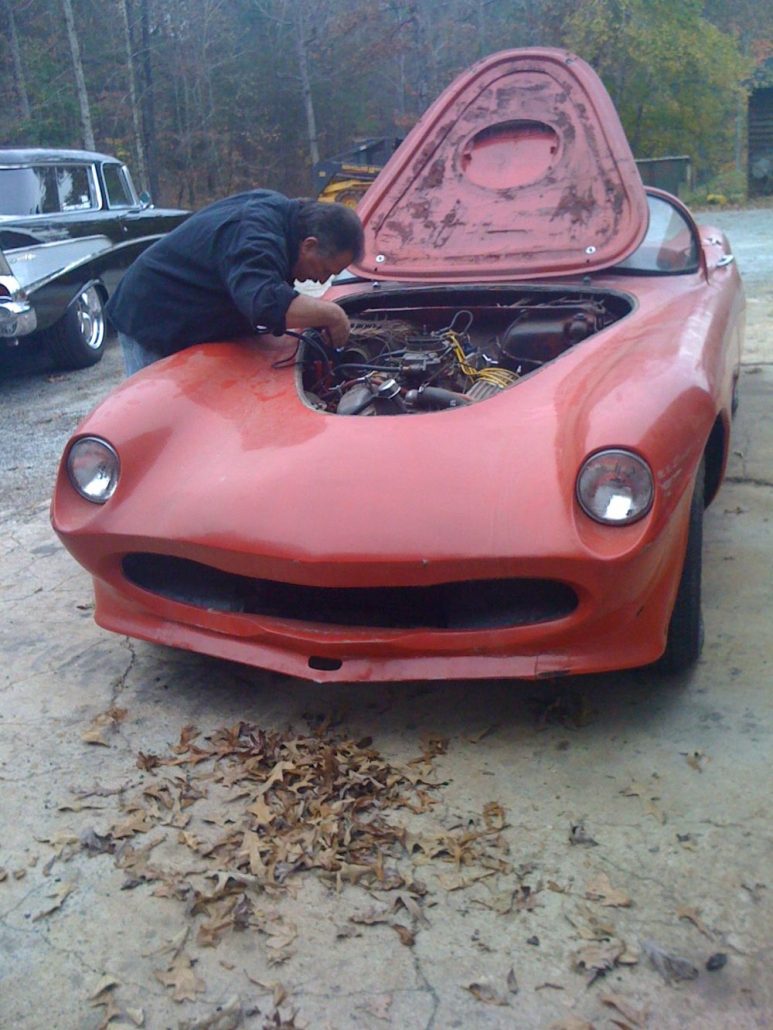 In 2010 the LaDawri showed up for sale in Florida at the Daytona Turkey Rod Run but quickly disappeared again – or so I thought.  Soon after the show concluded, Denny Nowiski contacted me as the new owner – and he lived within shooting distance of my house.  A new “LaDawri Special” was going to be restored and close home to boot.  How much better can that be!

Denny and I talked for a bit and his plans for restoration sounded great and he was going to begin soon.  He wanted to rebuild the car fixing any engineering issues along the way and by taking it apart he could learn more about the history of the car.  Sounded like a great plan to me. 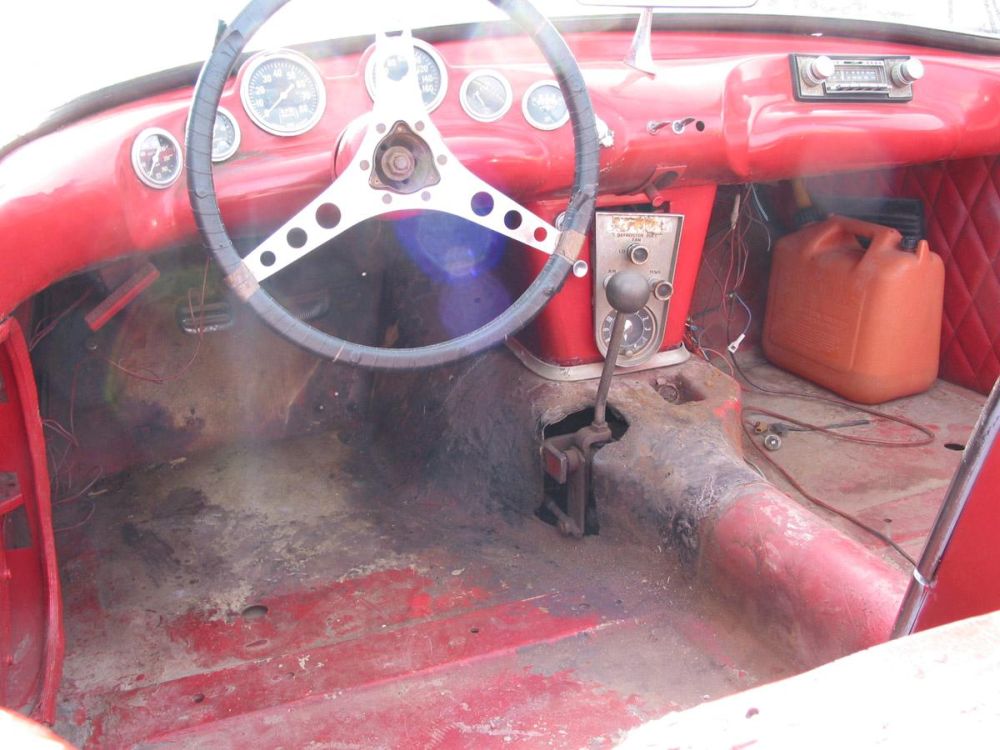 Denny went to taking the car apart piece by piece.  During this time, a close inspection revealed the most likely reason the Corvette donor car had been chosen.  Denny has found evidence of fire on several remaining Corvette fiberglass structural components.

His LaDawri had not only started out with a Corvette chassis, but continued in its new life with a Corvette firewall, floorpan, and rear trunk too.  And..during this time he determined – based on serial numbers found – that the car was actually a 1959 Corvette – not a 1962 as first thought.  And the engine was its original 283 small block Chevy/Corvette engine.

Things were coming together nicely.

Denny also found a build plate for the LaDawri, Conquest – something the original owner most likely added.  On this plate, shown below, was the abbreviation for the state of Michigan, the year 1964 and the number 1966 – all of these correspond to one of the last Conquest bodies built by LaDawri. 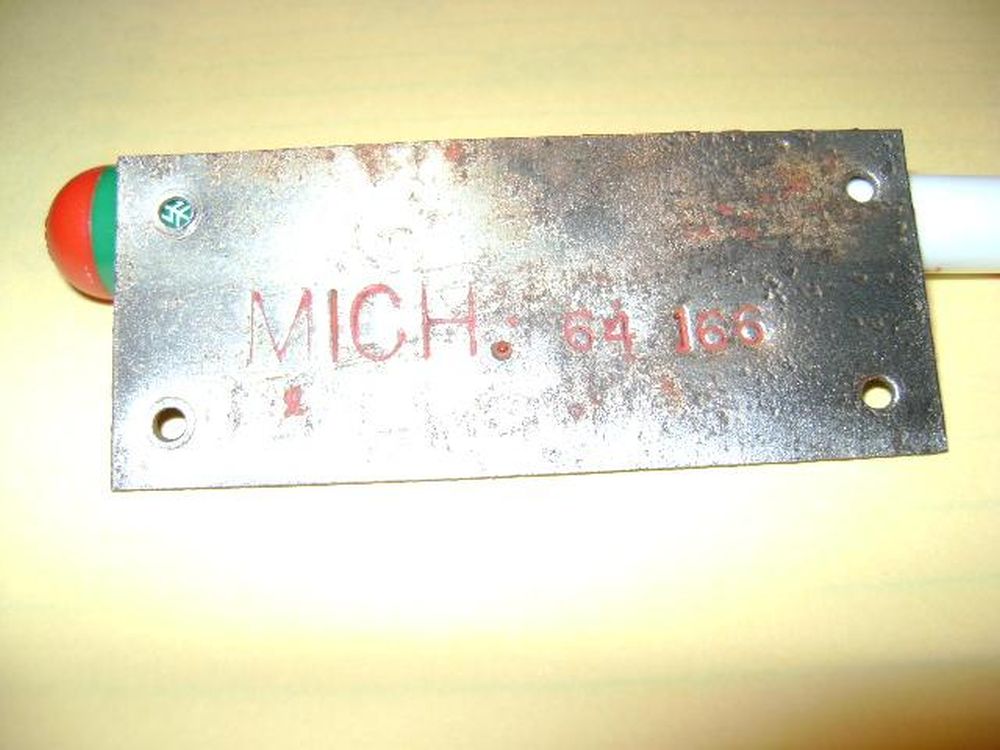 Denny decided that he would have some fun with the design of his LaDawri.  Rather than turning it back to its original shape and design, he would blend elements of the Corvette design into elements of the LaDawri Conquest design.  This makes sense given that the heritage of the build of his car was Corvette based, why not take it further down this path? 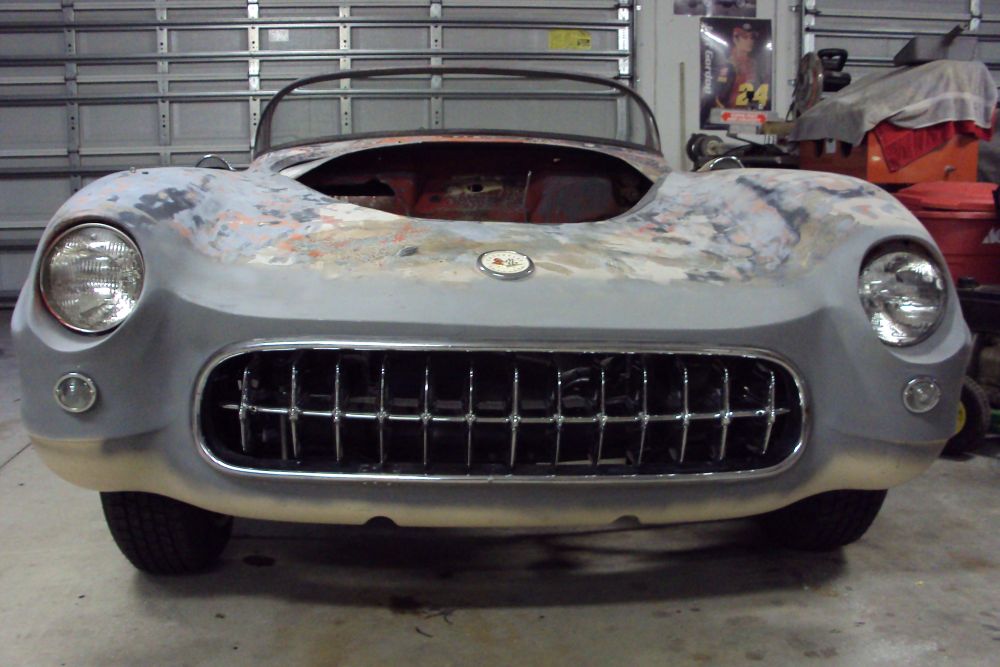 I asked Denny to identify some of the parts used in the restoration of his car and he kindly obliged as follows:

He also included a custom flip-up gas cap, designed the hood to open from the front of the car and not the rear – as most LaDawri’s are, and hinged the trunk at the rear as well.  Denny created quite a bit of flash and flair for his Corvette-LaDawri Special.  Let’s have a look at some photos of how the restoration is progressing: 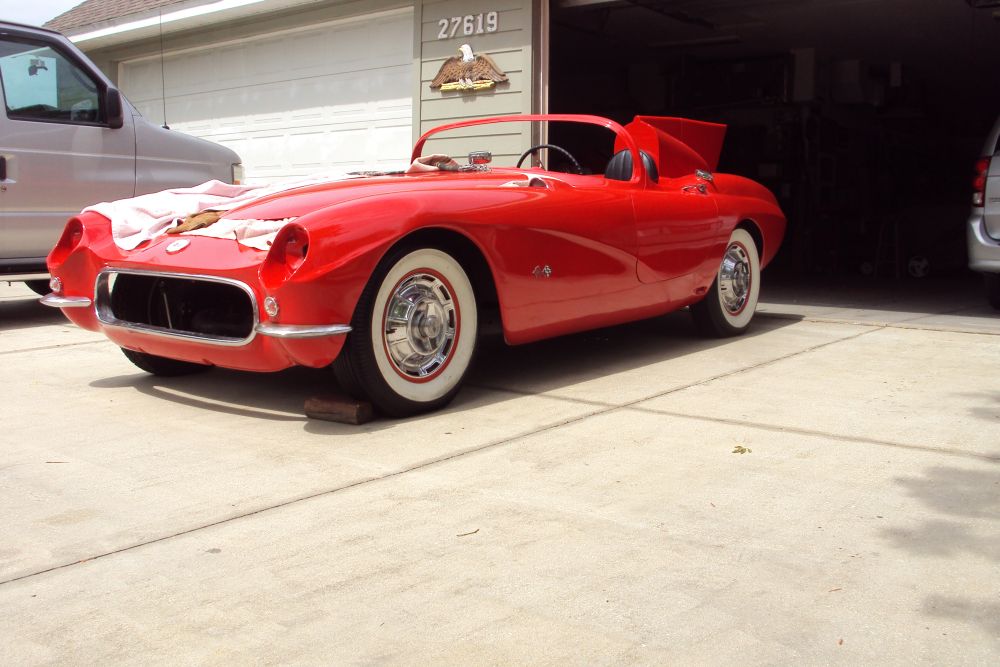 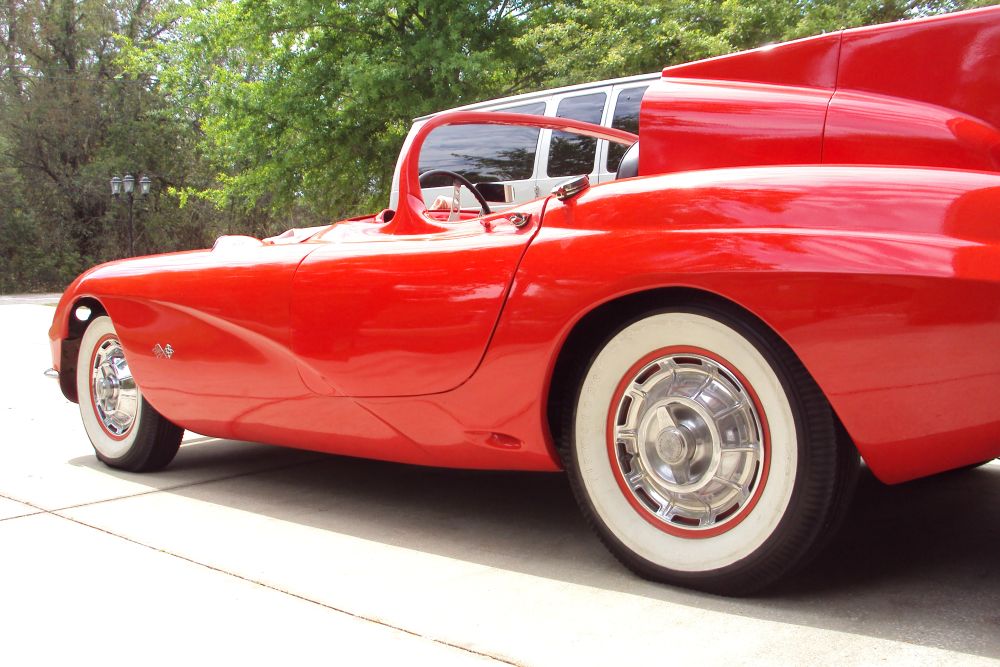 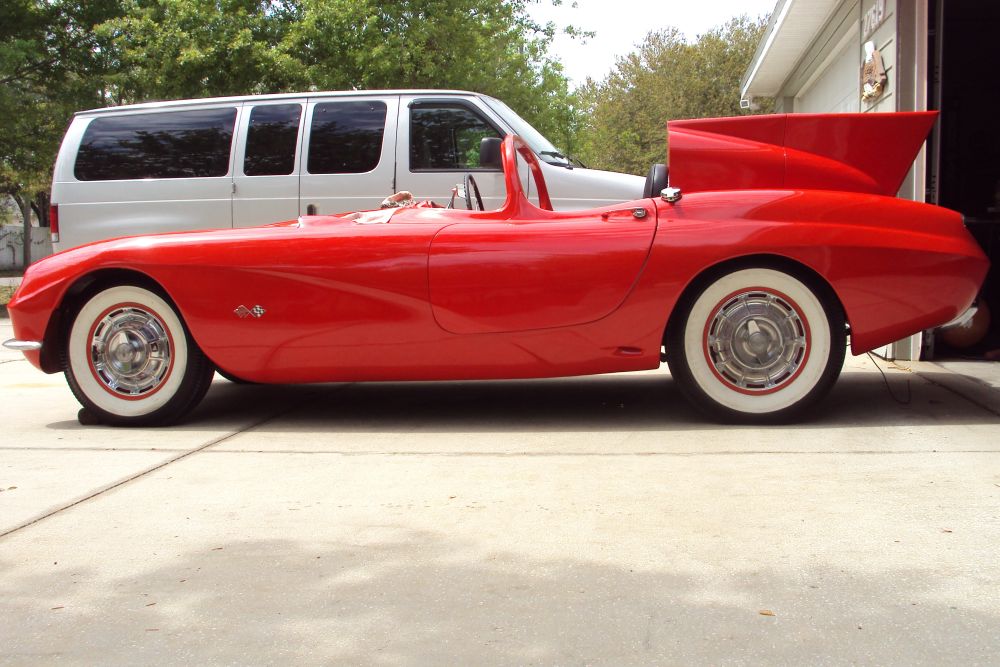 In case you didn’t notice, Denny added a striking and unmistakable fairing behind the driver’s seat.  The inspiration of this fairing was the design of the 1956 SR2 Corvette used for racing.  Here’s a photo of what an SR2 looks like: 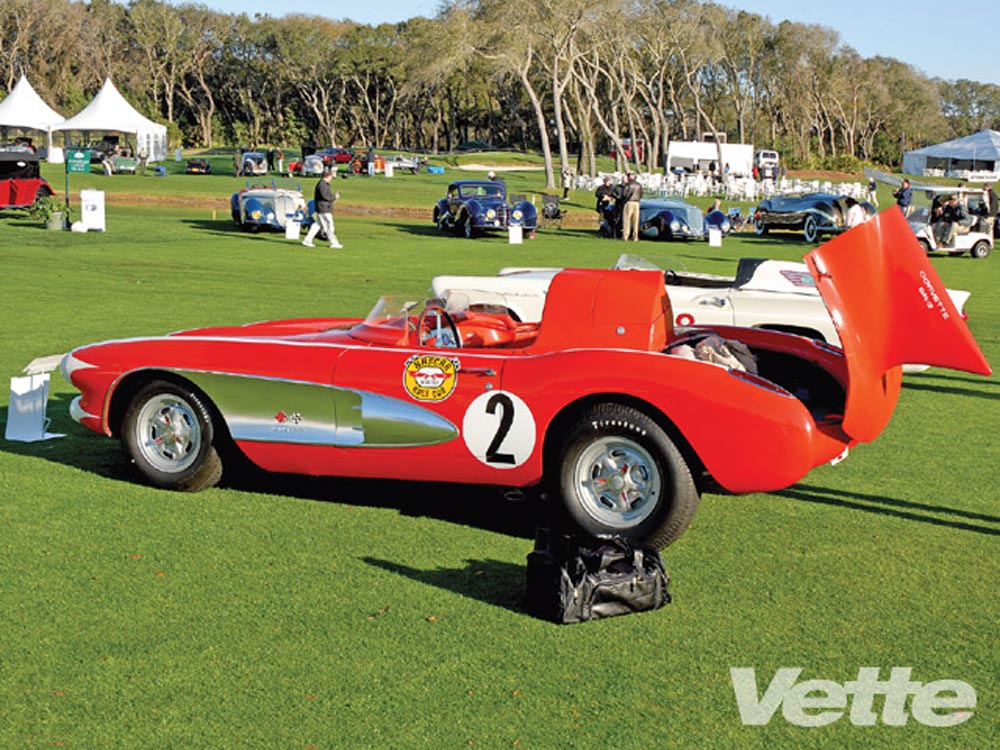 So Denny’s dream is nearing completion and soon ready to rumble down the road.  He mentioned to me that he plans to have a ball with this car and make it a driver in every way.  But….I hope to convince him to bring it to a show in the future too.  Based on everything I’ve seen so far, this is one special and attention-grabbing Corvette LaDawri in every way.  Great job Denny and keep us posted on your progress. 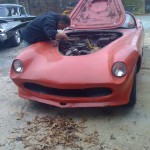 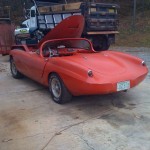 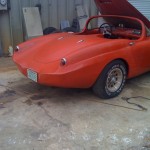 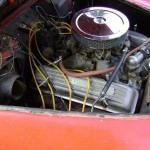 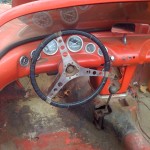 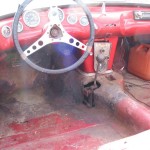 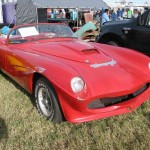 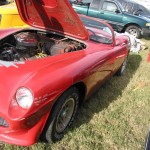 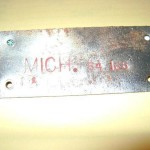 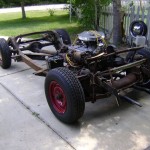 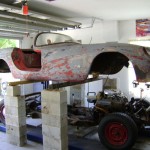 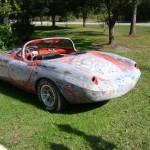 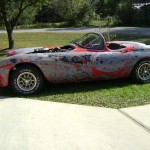 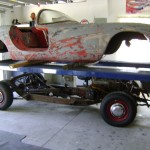 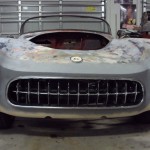 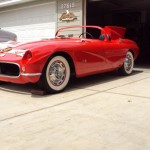 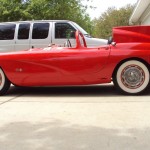 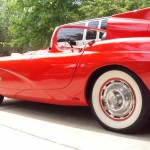 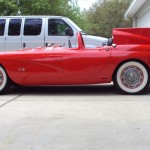 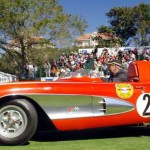