Recently, I heard from a former Victress S1 owner, Jere Duke, and his story on his Victress S1 purchased in the early 1970s.  While he didn’t know the story of who originally built the car many years before, each person and car has its own story throughout its life – one which may help us track down the origins of the car or identify its current status among our limited production fiberglass specials.

I asked Jere if he would be willing to write up his story and share photos.  Jere enthusiastically said “yes” and luckily found two photos still in his possession.  Let’s hear from Jere on his memory of those times and his Victress.

Take it away Jere…

I’ve always been interested in one-off or, shall we say, unusual cars.  Started back in the 40’s when I was a toddler and my parents had the one and only ’41 Plymouth Sportsman ragtop in Manchester, NH.  Red with a light mohair interior and a ragged white canvas top.

In 1955 we moved to Scottsdale, AZ (when it was known as “The West’s Most Western Town”).  We lived out of town by about 9 miles and our “next door neighbor” — a guy named Gwenner Boli — had built his very own aluminum body roadster, no top and no doors…….just hop in.  Also you didn’t want to exceed 57 mph in the thing as the front end would lift off.

At about the same time my 7 year older brother got his very first car……….a ’53 MGTD that Mom adorned the grille with red and white checkered flag paint.  After my brother managed to blow up the engine, tranny and rear end in one session doing donuts out behind the house in the desert…….well, sports cars went their merry own way in our family.

Oops!  Mom did get a ’58 MGA coupe, BRG that sported the world’s first “bumper sticker”……..namely a masonite plaque that she did with paint and sequins stating “Please don’t squash me, I eat ants” replete with the rhinestone sequins in the shape on an ant on the right side of the plaque.

I got married in July of 1970.  At that point I owned a customized………well, almost customized ’55 T-Bird that was initiated by George Barris but never finished.  Metalflake purple was the color………and my new mother-in-law donated the $29.95 to cover it with their finest “Nordic Green” paint.  The car was bone bare with windows missing, and…..oh, yes, a ’58 or so 283 and Slip and Slide with Powerglide.  Got tired of it in a hurry. 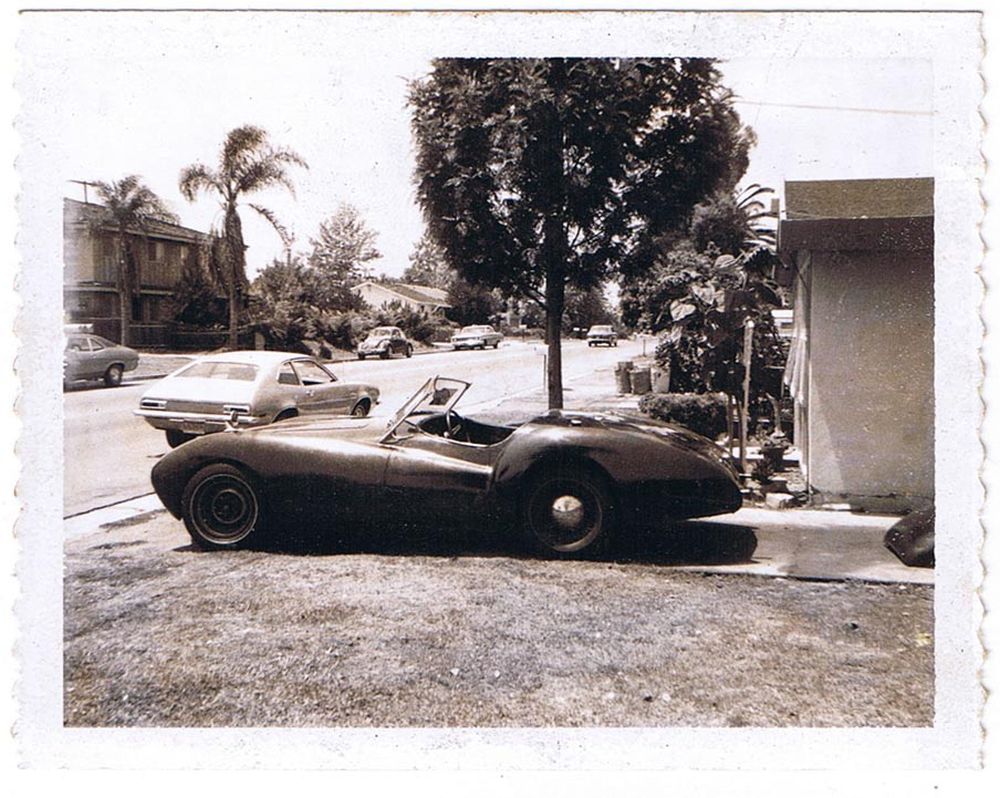 On exactly October 30, 1970, I spotted this really neat looking roadster on a side street on Balboa Island, part of Newport Beach, California.  First, Newport and the surrounding area was a hotbed of “odd duck” automobiles……….in my opinion, the more odd the better.  Had absolutely NO idea what it was at the time. In fact, it took years and later – the internet – to figure out what it was.  By the next afternoon an agreement was reached that the non-running whatever-it-was would be an even trade for the “customized” 55 Bird.  I cannot remember just how I got the car home to Costa Mesa……..about 8 miles as it didn’t run.

The car started out with Studebaker running gear (and gauges) but the engine and tranny were supplanted by a 1955 265 ‘Vette motor and 3 speed tranny. The Stude rear end was still in it.  Can’t remember the carburetor type but it did have a Mallory dual-point distributor and coil in it.

The car had two separate problems.  1: The wires inside the distributor were shorted to ground and 2: The clutch was SHOT.  Fixed both and started driving it daily.  A year later we sold it as we were moving to central California for employment.

Now the bad joke of all this is that in 1978, I ran across the new owner of the car that I sold the Victress to at my place of employment at the time…most likely he still owns that car.

Specifics:  It was one of the first built…….titled as a 1953 “Special Construction”. Had hand laid fiberglass cloth and the body was extremely light.  It had the trunklid kit and a hardtop with no side curtains.  Bench seat.  Front springs were transverse Ford and rears were longitudinal leaf setup as I remember. 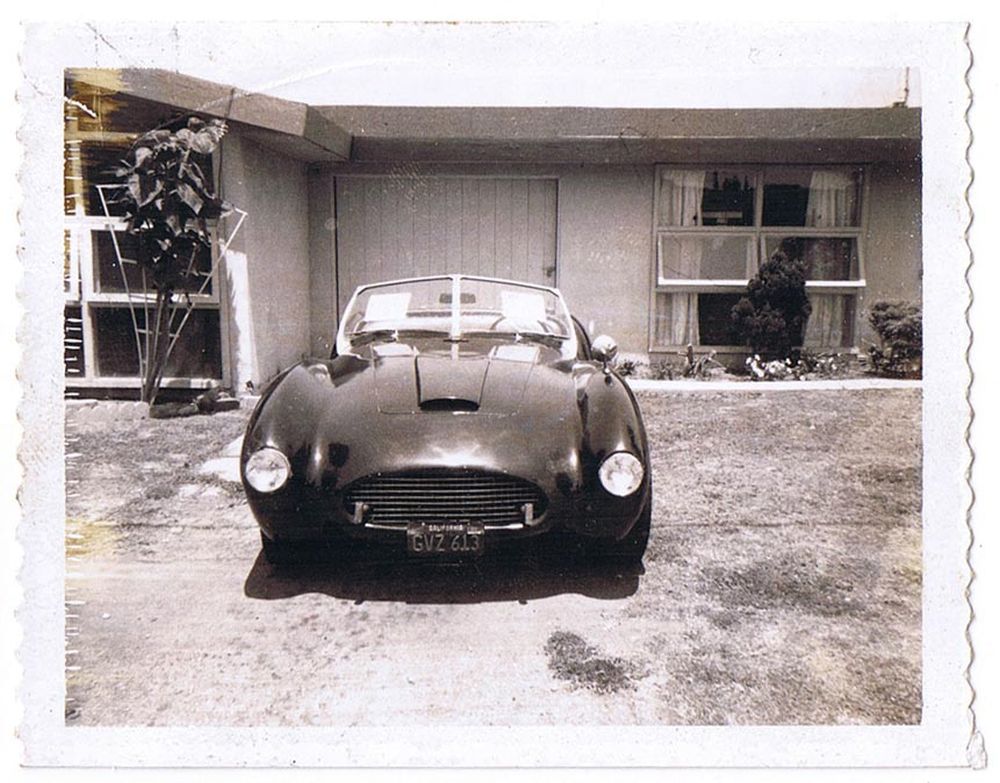 Geoff, there have been several cars that I remember fondly:  The cars mentioned above + a few others found in local wrecking yards in the mid-sixties…….one of ’em was a Muntz.  And as for the 1954 Corvette, I found it in 2003 in, of all places, the Auburn Cord Duesenberg Museum………..replete with the original license plate……….of which I saved the original 1969 registration forms, therefore, proving the car was mine.

Current ownership is a 1985 C4 Corvette (built on the last day of the model year run). I have mixed feelings about ownership.  Love the car but people (just like when I had the ’54) are always either picking it apart (should be a brand new C7!….that kind of thing).

Only IF I could find some old Forgotten Fiberglass chariot!

What a great tribute to a story of a man and his cars and one of the “special” ones that got away – a 1953 Victress S1.  Very cool.   Great thanks goes to Jere for telling his tale and being willing to share it and the photos with us.

So where is Jere’s sports car today?  He can’t recall the name of the person he sold it to so it might just be “somewhere west of Laramie” with the owner he sold it to – somewhere out there gang.  Be on the lookout and check those carports!  You never know what you’ll find 🙂