Glenn Brummer strikes again.  He sends me the neatest links on magazines of interest on eBay, and the latest link he shared was to a great article by “Count Alexis de Sakhnoffsky” from Skyways Magazine in January 1943.   So of course, I bought the magazine (thank Glenn) 🙂

“The Count,” as many of you know, was an stylist and highly regarded designer in the prewar years, and he would be so in the postwar years, too.  But as you’ll note in this article, he was called a “Captain” in the Army Air Force during the war.  The “Count” was busy being a “Captain” – and so too, was the rest of the country busy with the tasks of war.  And what’s interesting in the automotive and transportation record of the mid 1940’s is the effect the war had on publications.

If it wasn’t military themed – it wasn’t published – or nearly so.  So it’s fairly hard to find much from noted authors during the war years on the future of automotive design – or much of anything else.  They were busy fighting the war.  So the focus was on the war – where it should have been in every way.  That’s what makes this article – one oriented toward the future of air transportation – very interesting for its time.

Let’s take a look at what “Captain Alexis de Sakhnoffsky” had to say about his vision for the transportation of tomorrow in January, 1943.

A vision of the luxury liner of the future is as amazing to us as the swimming pool on the Queen Mary would be to Chris Columbus.

A large plane is always dramatic by its size.  As in the “Flivver” plane of tomorrow, pictured under the wing of the “Transport of the Future,” the emphasis of this luxury liner will not be on its general appearance or lines, but will be on its interior appointments and deluxe accommodation.  In the accompanying sketch of the “Transport of Tomorrow,” note the “lines” which offer the extreme in streamlining, and also produce a picture of power.  There is no doubt that this “feeling” of power from the drawing actually must be in force in the four engines which provide the power plant of this flying skyliner.

The streamlined airport limousines, parked alongside of the plane, permit a scale idea of the enormity of this plane of the future.  With the use of the tricycle landing gear, wings of the modern planes are being moved further and further back.  This sketch shows a rather extreme version of this trend.  Practically unlimited visibility is obtained for the passengers and crew.  The top sketch pictures the swimming pool and solarium.  Walls of the solarium-pool section of the luxury liner are in padded leather.  A swimming pool may not seem feasible – and yet Christopher Columbus probably would have shivered his timbers had someone suggested a pool in a ship.

The bottom sketch shows a spot in the dining salon.  Tables are of translucent frosted plastic and are arranged in a continuous built-in fashion.  Many aviation enthusiasts may scoff at this idea of the plane of the future.  However, there were those, too, who in 1903 at Kitty Hawk, North Carolina, would have scoffed at the idea of a 164,000 pound plane such as the B-19.   There may be some question as to the amount of power needed to lift this super-plane…or maybe to lift just the landing gear…and there are those who insist this plane would be into a dive if it ever did get into the air…let such arguments fall where they may.

Someday, somehow, someone will successfully design an airplane luxury liner which will meet many of the comfort and extra feature requirements that are incorporated in this one.  These sketches are, of course, mere suggestions of design, and not contentions of aeronautical engineering.

Note: Captain Alexis de Sakhnoffsky has long been known as an outstanding artist-designer.  At the present, he’s busy with official duties at an Army Air base.  His sketches, covered with prop-washed mud from “Somewhere,” had to go to the cleaners before printing.  Artist Sakhnoffsky has to dream up schemes of futurism while getting eight hours on his Army cot. 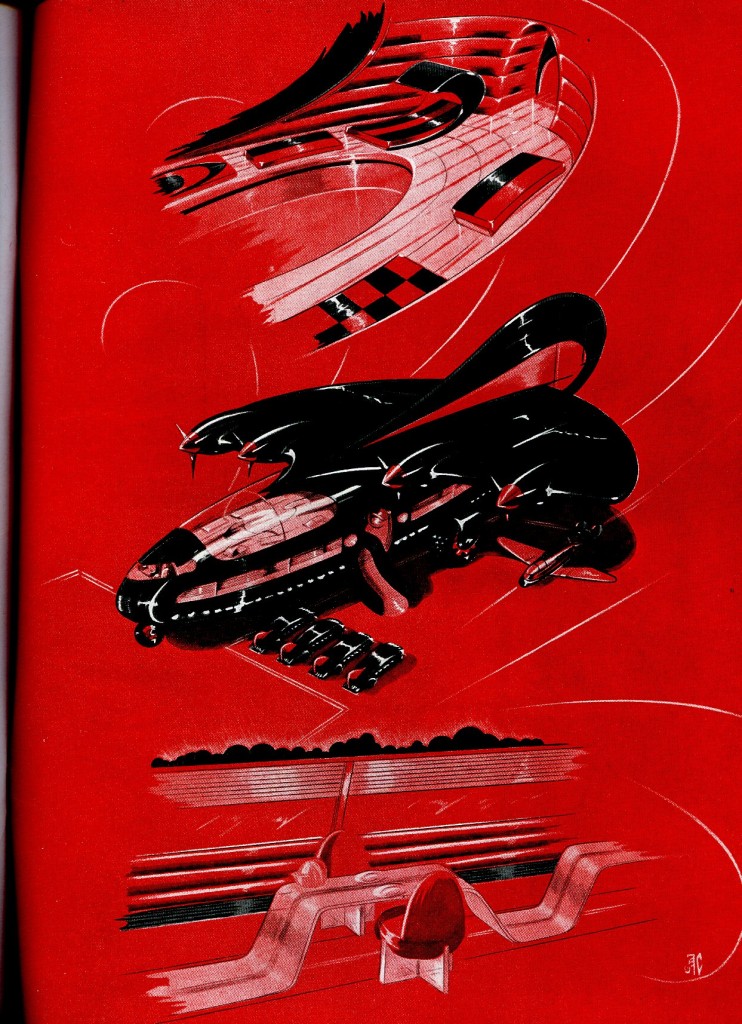 If you study the picture above for awhile, you’ll see the scale of the airplane is immense.   And there’s a “cute” little plan under one of the wings.  This was one enormous piece of machinery, with all of the luxury the Count could think of that would appropriate for the future.

So do we have “swimming pools” and “solariums” on our “transports of today” – as Sakhnoffsky predicted?  Not so much, but I think he would have been impressed with the technology and speed of what we do have.  And as for his teardrop shaped limousines dropping off passengers in his sketches…..well by now all of you know how much I love the concept of teardrop streamlined cars 🙂

The Count was quite a designer and personality of the time too.  I’ll continue to feature him here at Forgotten Fiberglass, and hope you grow to enjoy his “eye on design” as much as I have over the years.  And be sure to check out the stories on “The Count” below by clicking the appropriate link. 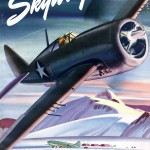 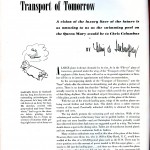 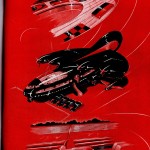 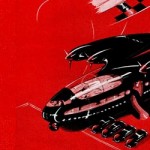