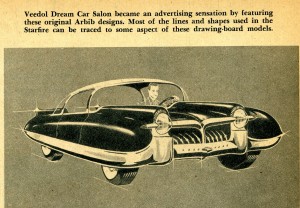 Erich Schultz and I think Richard Arbib’s designs were way over the top – and that’s quite a statement given the fact that some of the wildest concept cars were designed and built back in the ‘50s.

But Arbib was different in that some of his designs made it from the drawing board to the showroom floor.  Click here to review articles here on Forgotten Fiberglass about Richard Arbib and his car designs.

So, when fiberglass became a reality for bringing car designs to fruition, the most fantastic cars started to appear on the automotive landscape.  But not all were designed in – or for – fiberglass.  And Richard Arbib’s Starfire was designed to be built in metal.  In fact, here is what was shared about Arbib’s design in an article that appeared in Cars Magazine, March 1953:

“The Starfire Custom Convertible pictured here and on our cover is a dream that money can buy for a sensible $5000.  Richard Arbib’s latest creation will give a handful of imaginative motorists a chance to have their cake and drive it too without going broke for the privilege.”

As you’ll learn as you read the article below, the Starfire was designed to fit on an early ‘50s rear engine Porsche chassis.  How cool!  Let’s learn more about Arbib and this special concept car from an article that appeared in Cars Magazine in March 1953: 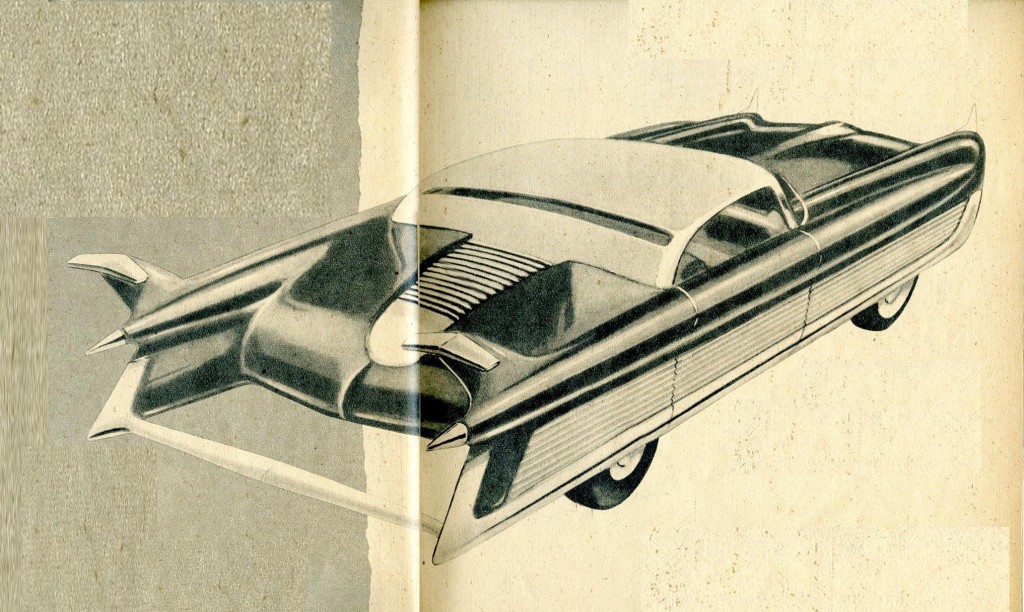 Birth of the Starfire Custom Convertible is Dramatic Proof That Richard Arbib’s Stylistic Prophesies Are As Effective On The Road As On The Drawing Board.

A dreamer is anything but a practical man – supposedly.  Richard Arbib, one of America’s foremost designers of futuristic cars is, however, a successful exception to the rule.  For years he has dreamed up and drawn various products the way he would like them to look and industry has accepted his ideas with enthusiasm.

Arbib is now at work on his most ambitious project – the translation into real steel and aluminum of his most luxurious dream – the Starfire Custom Convertible.

This car, which will probably be featured in the spring at the World and International Motor Sports Shows in New York, represents the fruit of years of experimentation in dream-car design during which he devoted the best of his talents to the creation of the famous Veedol Dream Car Salon advertisements. 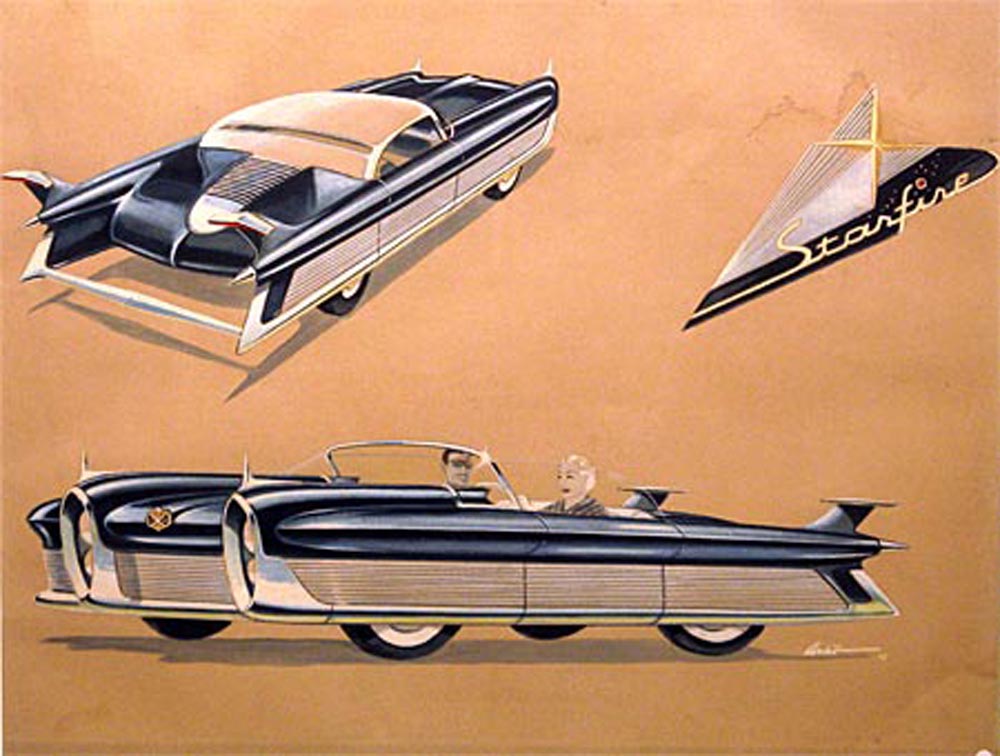 The Starfire embodies many of the principles worked out in those striking illustrations as well as some brand-new theories of automobile design.  Arbib picked the German-built Porsche chassis as the basis for his first six models because, in his words,

“The mechanical quality found in this car is uncompromising” and further, “The Porsche offers brilliant acceleration as well as good economy…..and….the chassis mounts its engine to the rear, making it extremely adaptable to the body style chosen for the Starfire.”

The three-place convertible bodies built entirely of aluminum by an old established Italian body firm in New York will, according to Arbib, have a minimum style life of ten years.  The customer is offered his choice of vari-colored replaceable fluted alloy panels to contrast with optional paint schemes.

“More for the interest and satisfaction of the project than for the profit,” says Arbib, “the price of the Starfire is $5000 plus taxes.” 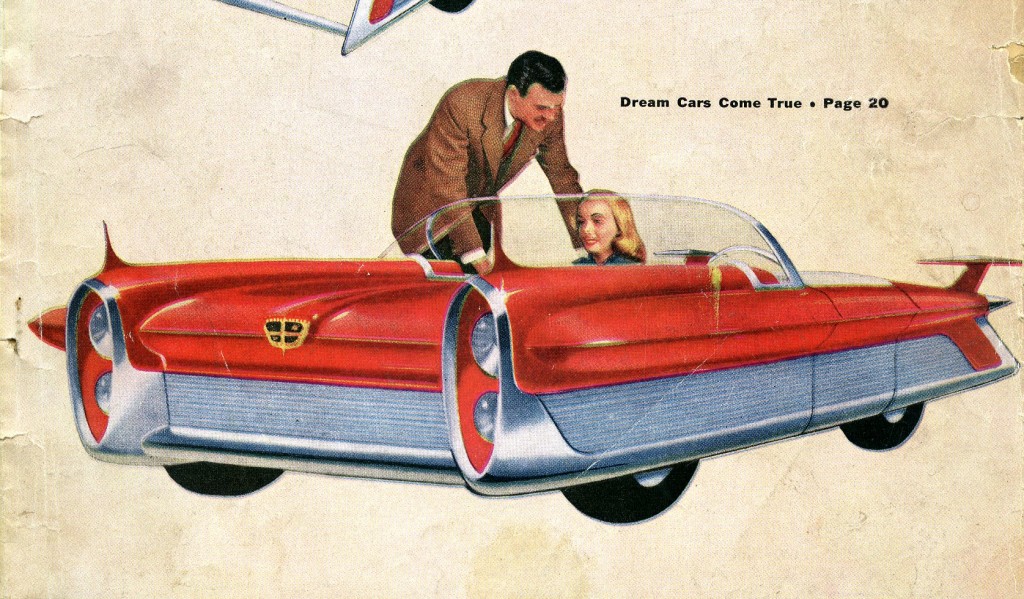 And so….how many Arbib Starfires were produced?

Zero, as far as we can tell.  I wonder why the concept was never brought to fruition?  Of course it was a radical design, but that made the challenge of creating it all the more worthwhile.   If you review the link below on other Arbib designed cars, you’ll see that his Astra-Gnome was built and still exists today.   A very extreme car for its time too.

What an interesting Porsche-based concept car this would have been – clearly the most radical proposed designed I’ve ever seen for this chassis.  It certainly would have given “Spohn Coachworks” of Germany a run for their money! 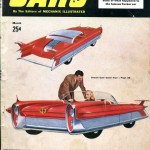 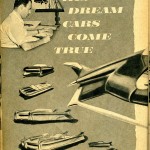 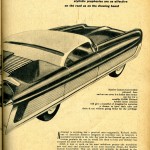 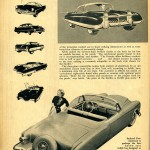 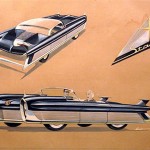 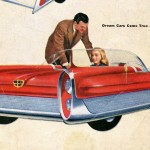 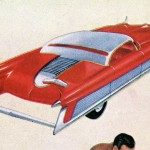 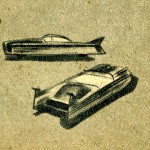 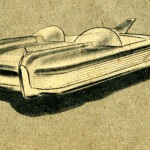 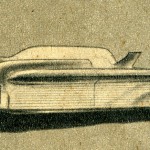 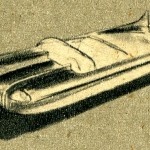 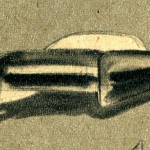 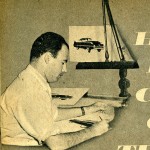 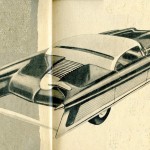 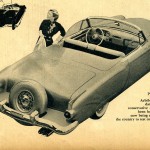 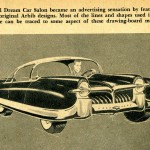 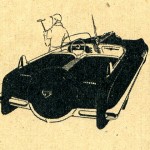 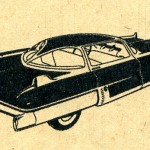 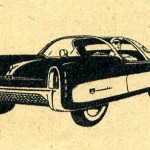 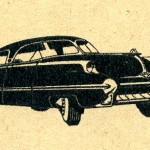 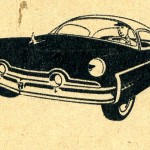 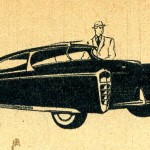 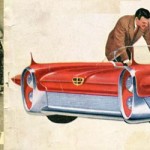