Besides being a great friend, Pal Negyesi is a automotive historian who researches the history of all cars but especially those in – or close to – his native country – Hungary.  Pal has shared several stories with me recently and now it’s time to share these stories with you.  Today’s story is about a Trabant-based Dune buggy – one that should certainly pique your interest especially if you like unusual cars.

Take it away Pal… 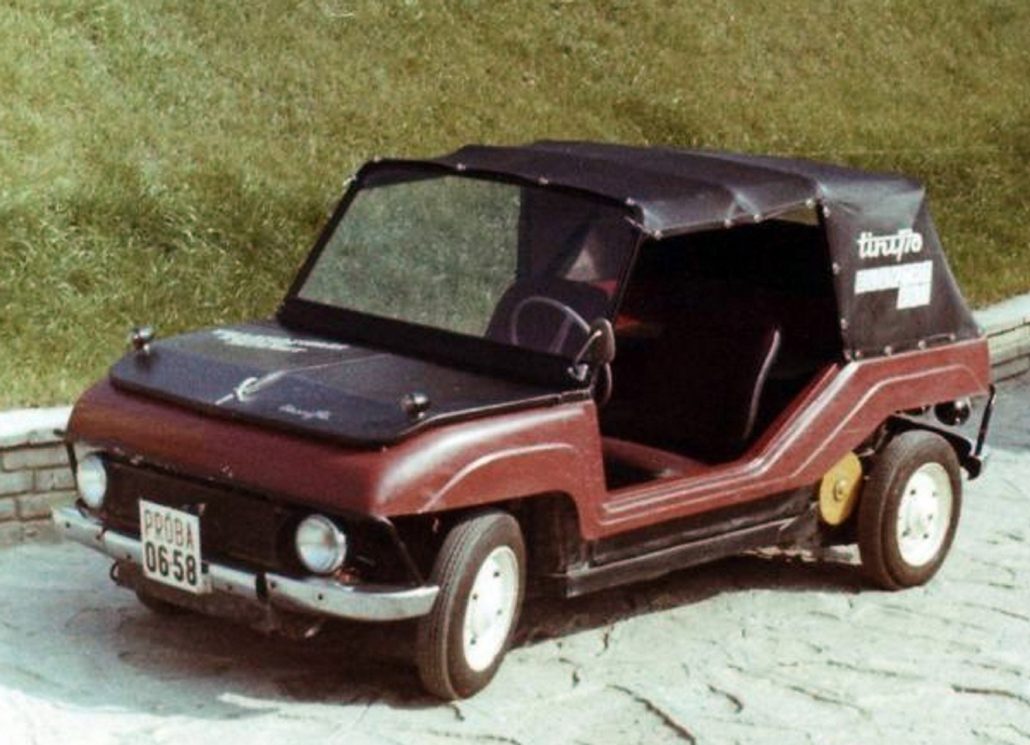 Tiny 70: Vehicle Photo From The Archives of magyarjarmu.hu

Back in the 1960s the buggy craze swept Europe.

It was in West Germany, that János Kesjár jr. a well-known Hungarian racer spotted an early buggy. Upon returning home he decided to develop his own fun car. Living behind the Iron Curtain meant some obvious challenges: the Volkswagen Beetle was a commodity, not something which you can buy easily and there was the little problem of building a plastic body. Just a few years earlier, in 1960 Kálmán Szabadi built his one-off car from a home-made resin, mixing wood chips with aceton cured pig fat, chicken feather, nitro lacquer and paint – but that is another story.

So János decided to use the ubiqutous Trabant as a donor. As for plastic, he got lucky.  At the 1971 Budapest International Fair the Villanyipari Kutatóintézet (Research Institute for the Electrical Industry) an interesting looking vehicle was exhibited.  It was an electric prototype called the Tiny 70 it looked surprisingly like a buggy. 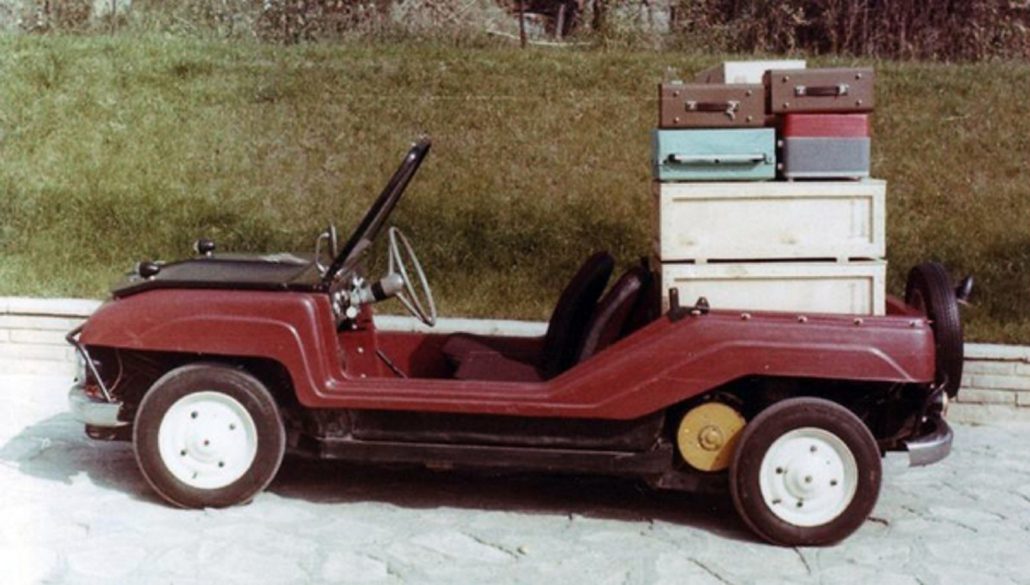 Tiny 70: Vehicle Photo From The Archives of magyarjarmu.hu

János talked to the designer, József Cserny and a deal was struck. Between 1970 and 1973 three Trabant-based buggies were built with lengthened wheelbase, upgraded running gear and new seats. Trabant wheels were replaced with Ford Escort wheels. 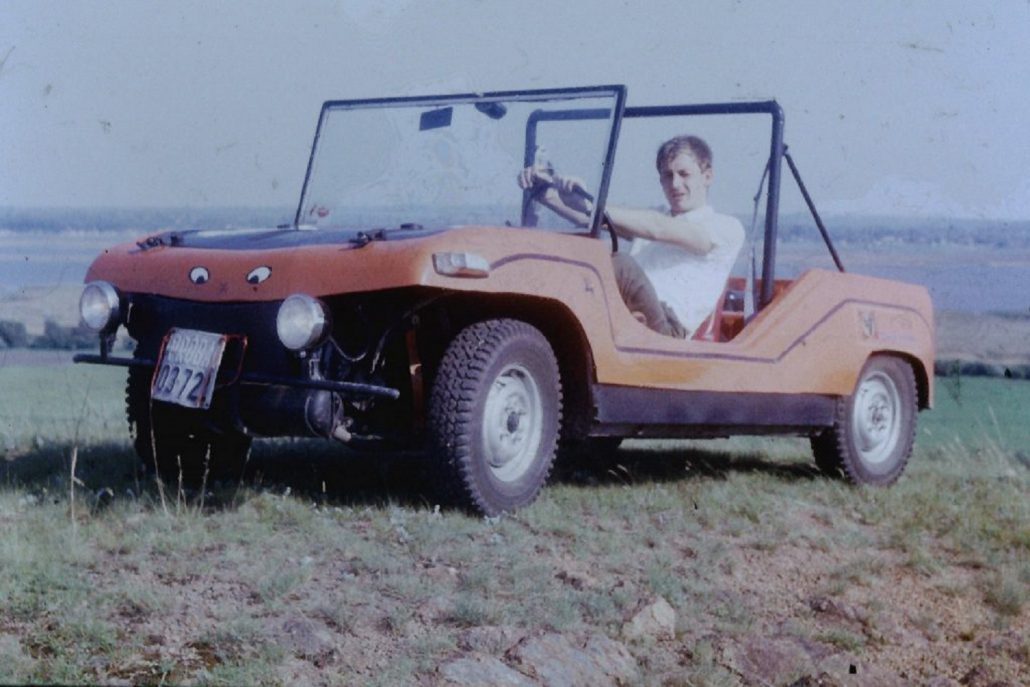 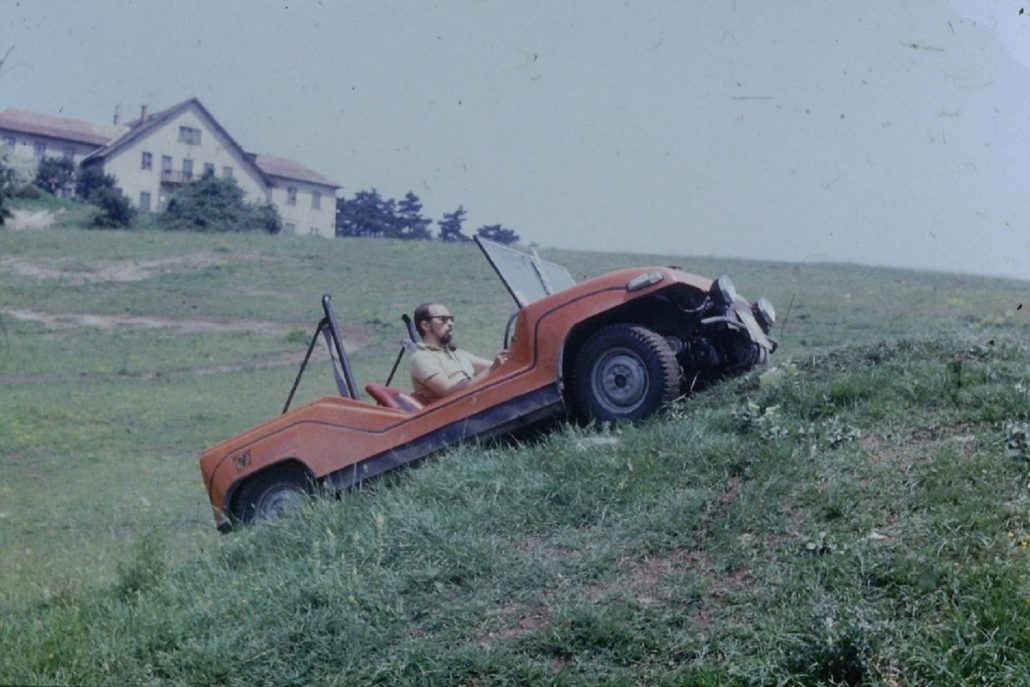 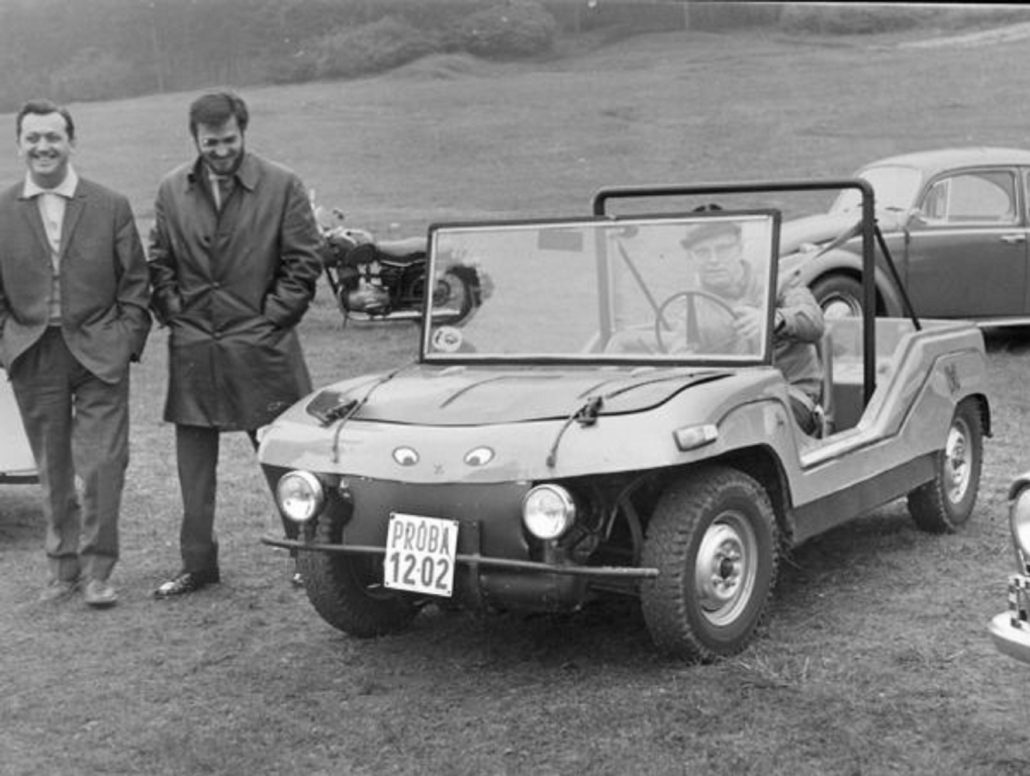 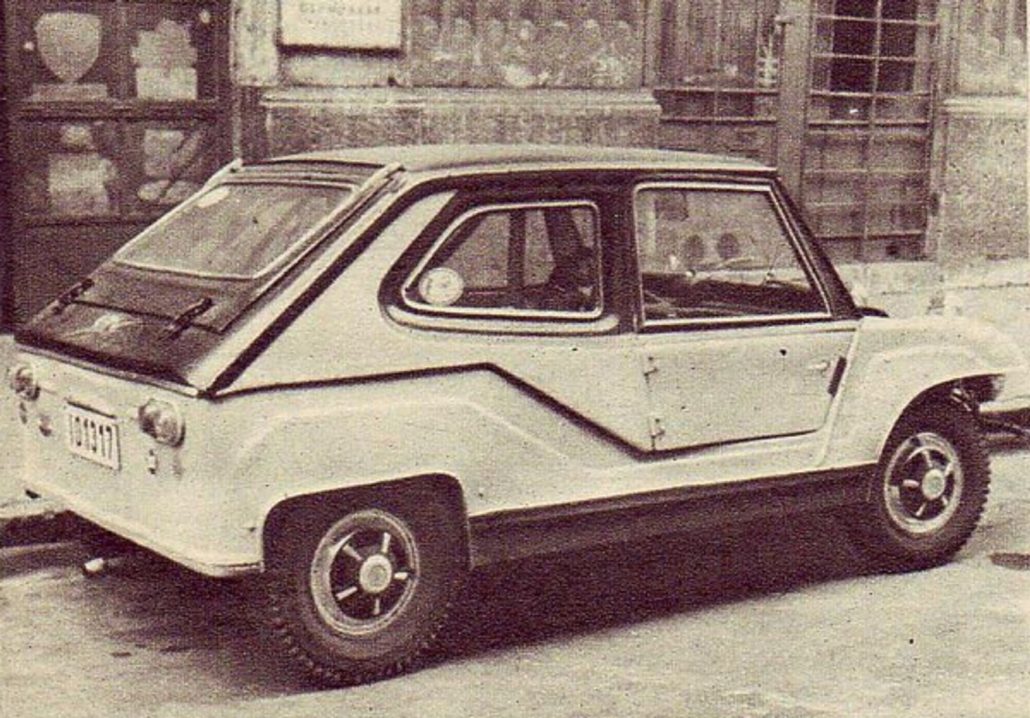 Buggy 3: Photo Courtesy of the archives of magyarjarmu.hu

Not much is known of the fate of these three cars. A couple years later a photo appeared in Autó-Motor, the sole Hungarian car magazine showing a buggy with a hard-top – this is shown in the photo above. And recently a buggy was offered for sale in very derelict state.

Great thanks to Pal for sharing this story today and for his willingness to help provide stories about special and unusual “Undiscovered Classics“.  Here’s a bit more about Pal’s background:

Pál Négyesi, Ph.D., has been researching the history of Hungarian motoring for almost 30 years. Lately he has participated in various international research projects as well. He’s an international author and conference speaker.  He completed his PhD in 2018 on motoring museums (you can read it HERE http://hdl.handle.net/2381/43055). He maintains a worldwide guide on motoring museums at http://automuseums.info and offers stories and an event guide on East European cars at http://ceautoclassic.eu  Pal can be contacted at pnegyesi@ceauto.at, Vienna, Austria, +43 664 883 60 677