Note:  This is the second in a series of stories about the fiberglass sports cars that appeared in the 1954 Custom Cars book by Motor Trend.  Click here to review each of these stories on Forgotten Fiberglass.

What’s neat about this article, again, is the timing of its review.  Here they are reviewing the history of these early fiberglass sports cars and it’s not even three full years later.  I wish I was that close to the “Real McCoy” in time – that would make research so much easier 🙂

However, this write up for Glasspar is more about what happened after Tritt decided to go into production of these bodies.  The first two Glasspar G2’s were actually on prewar Willys 102” unmodified frames and drivetrains – hence the 102” wheelbase.

It was only after the production of these first two cars – the Brooks Boxer and the Alembic I – that the decision was made to move toward fitting Glasspar G2 bodies on modified Ford, custom-built, and other Detroit chassis.  A later decision in 1953 to design and sell their bodies with custom built frames through MAMECO is mentioned in the story too.

All in all, this is a great review of the history of Glasspar sports cars done close in time to when it happened.  How could we ask for more? 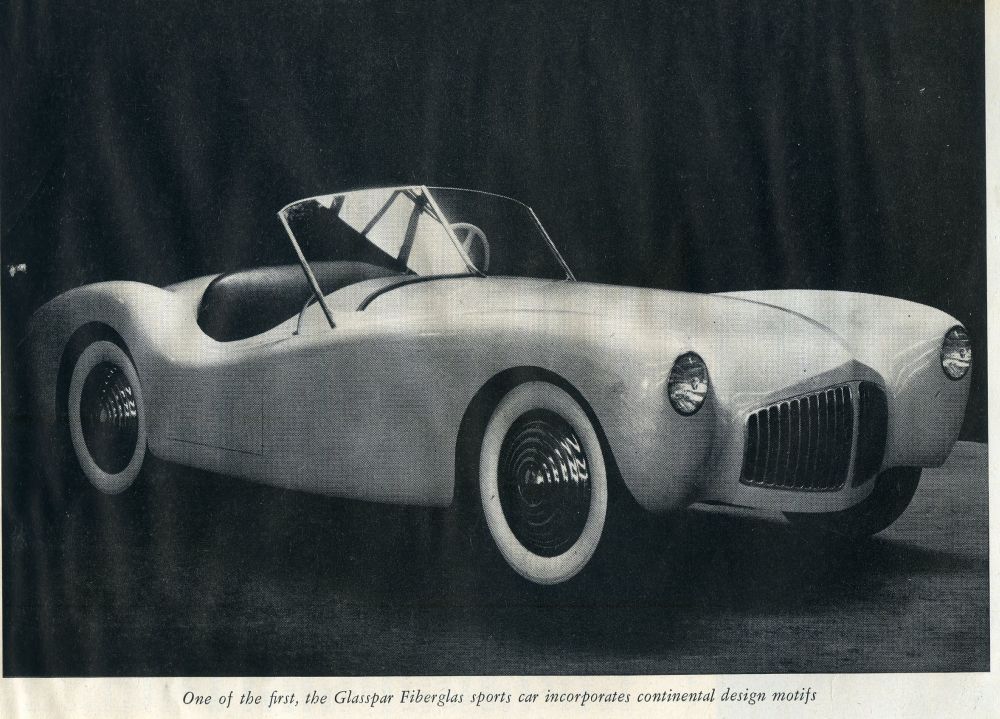 In 1951 the test really began.  It began weakly, almost accidentally.  Among others, a group of men in Costa Mesa, California, began it.  William “Bill” Tritt, together with Otto Bayer and two other men, had gone into the Fiberglas business in a small way.  They were producing plastic boat hulls and in a short time the quality of their work was general knowledge along the West Coast waterfronts.

A United States Army major approached Tritt was a unique problem.  The Major wanted an automobile:  a very special kind of automobile.  The body had to be light.  The design had to be different.  Yet, underneath, there had to be a chassis and an engine which offered the convenience of nationwide parts replacements.  A Fiberglas body fitted to a Detroit chassis seemed to be the answer.

The assignment was more than just a job for Tritt.  It was a challenge, for his interest was in sports cars.  Crews at Glasspar began experiments and it was decided to make a body which could mount to the stock Ford Chassis.  The Ford frame would offer an excellent selection of parts and either the Ford or Mercury engines could most easily be used.

In a short time Tritt produced a full scale plaster model.  One of the nation’s first plastic sports cars was on its way.  When it was completed, it was christened the “Brooks Boxer” in honor of the Major.

The “Brooks Boxer” was exhibited at the 1951 Los Angeles Motorama.  Three other plastic sports cars were also at the exhibit.  It is hard to tell which of these was first but it is certain that these four made up the core of what represented the pioneers in plastics.  The other cars at Motorama were:  Eric Erwin’s “Lancer” and Jack Wills’ and Ralph Roberts’ “Skorpion” and its prototype the “Wasp.”

These four bodies, among the earliest produced, knowingly or perhaps unwittingly, set the pattern and the pace which is currently powering the plastics push.  The bodies were built to fit stock Detroit chassis.  They were designed to use current power plants; for each man considered himself a body builder and left the concept of engines to others.  This has been the basic plan of all later cars.

On the following pages we will examine briefly the histories and current production records of many of the current Fiberglas body builders.  We’ll examine a few of the companies in greater detail than others.  It is only the limitations of space which does not permit the inclusion of more of the pioneers in this field.

Perhaps the real “granddaddy” of the Fiberglas sports car is the one produced by the Glasspar Company.  The body was developed from the “Brooks Boxer.”  Since the Boxer had received such great public acclaim and interest, Tritt found himself branching out into the auto body business.  Boat building has still remained an important phase of the Glasspar business but now the two fabrications have separate production lines.

From the beginning Glasspar decided to keep out of the assembly end completely.  They considered themselves strictly as body builders and it was only Tritt’s unofficial outside interests which resulted in any Glasspar construction at all.  Officially, the company was producing bodies only.  Assembly was up to the purchaser.

Many bodies have been sold to body shops and garage men who have installed the bodies on a stock Detroit chassis and sold the completed products.  In a sense, Glasspar’s move made every mechanic a potential production line component.

Tritt, who was raised on Jaguars and MGs, had designed the Boxer along European lines.  When he switched over to the Glasspar design he kept many of the popular contours of the Boxer.  Among these were many Jaguar-like details.  The fender and nose lines were traditional.  The angular front grille was also continental in design.

The doors were kept small as a safety measure.  The body was designed so that a section jutted out beyond the seat to keep the passenger safely inside even if the door should spring open.

Not long ago two reporters for a local magazine were test driving a Glasspar car when they found themselves skidding around a turn, flat out, with the right door open.  The jutting section kept the passenger inside even though he was not wearing a safety belt.  “But we’ve found that the public doesn’t want safety as much as it wants modern styling,” says Tritt.  “We are redesigning the Glasspar body to give them a more modern body.”

Over 100 bodies have been sold since the first body was produced and Tritt realizes that public tastes have changed. The new design, which is scheduled for production late in 1953, will represent Glasspar’s answer to the public demands.  A sleek aviation-type air scoop will replace the angular grille.  The doors will be wider and the rear deck will be raised to provide more luggage space.  Rear fender lines will also be raised.  The hood will be wider producing a more powerful appearance.

While Glasspar does not fabricate frames, Tritt decided that a special frame would work better than the stock Ford design.  He ended up designing a frame which is now being manufactured for Glasspar.  It is sold either separately or in combination with a body kit.  Plans now call for a change in frame design as well as the change in body styles.  Tritt feels that the bent rails which will replace the welded frame will give the new Glasspar car greater riding qualities.

However, there is certainly nothing wrong with the current suspension arrangement.  The Glasspar car has consistently shown its heels to more “educated” European cars.  This point was emphasized at the 1953 Pebble Beach Road race.  A Glasspar car equipped with an Ardun Ford engine lead the pack during the entire race until the last half of the last lap when, with heart rendering tragedy, the motor caught fire just a short distance from the finish line.

Driven by Warren Gerdes, who is chief of production at the Glasspar plant, the car as built by veteran tuners Ed Mangles and Ted Martindale.  It won the admiration of all who saw it.

Competition events represent a portion of Glasspar’s vast research program.  Constant checks are kept on every step of their production for the standards are extremely high at Glasspar.  Their workmanship is tops.  These are factors which make Glasspar one of America’s top Fiberglass body builders.

The article most probably was written in late 1953 given the reference to the following line in the story above which stated, “The new design, which is scheduled for production late in 1953, will represent Glasspar’s answer to the public demands.”

In the article this “new design for late 1953” puzzles me.  I’m not aware of any cars that Tritt was designing that didn’t go into production.   I had to ponder on this awhile.

At first I thought it was a reference to the newly styled Woodill Wildfire which came out in the summer of ’53 – and it still might be.  But you’ll see that “Woodill” is covered in the next section of the article, but the description sounds just like a Woodill.  Perhaps the sections of the article were written at different times and not cross-checked – that’s a possibility too. 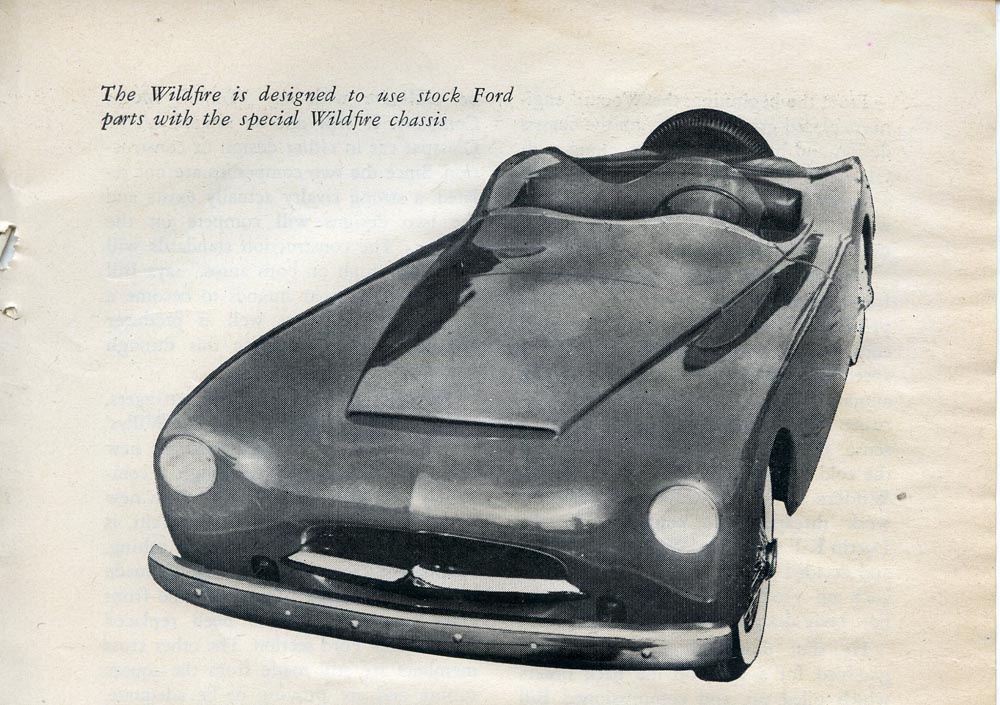 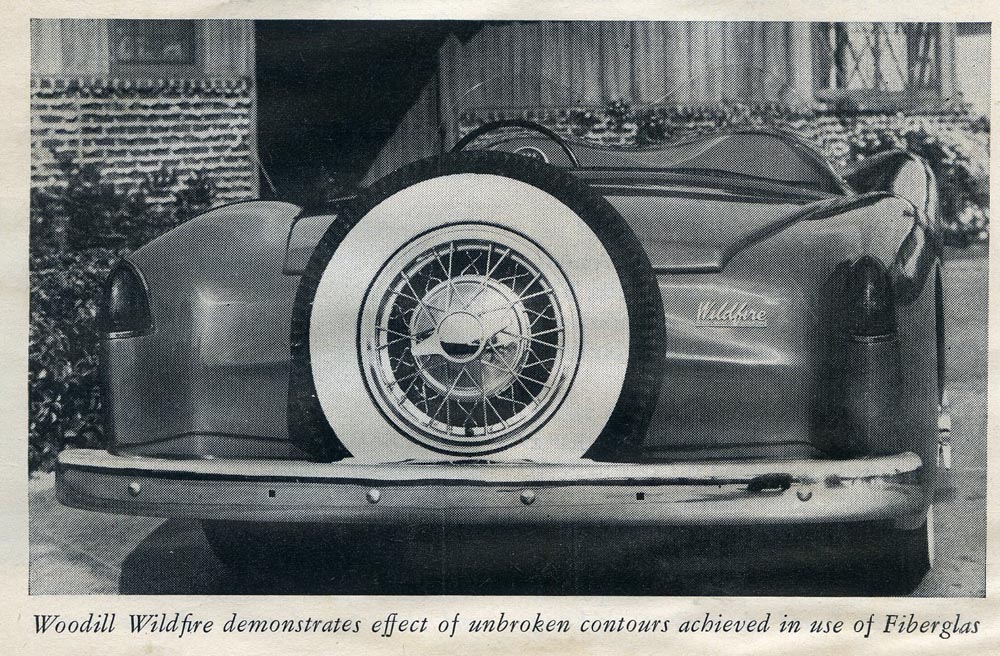 And then it hit me.  It’s probably a reference to the Volvo P1900 designed by Glasspar in 1953.  The timing and the description is correct.  A clue to this possibility is the publication number and date of this book.  This is Trend Book 109.  Trend Book 112, “Manual of Building Plastic Cars” would have been in print some – or many – months later.

In Book 112, they show Tritt designing a new car in clay, and it’s the Volvo P1900.  Click on this link to see some of the photos of this design that appear in Trend Book 112.  This means that the author saw the Volvo model being worked on and Tritt may not have been able to share anything more than it was a “new model under development.”  This would explain the description of the car in Book 109 and the photos shown of it under development in Book 112, and in both books it was still referred to as a “Glasspar.”  No mention of “Volvo” appears in either book.

A third possibility is that a new design was underway for a Glasspar Sports Car, and I’ve just not heard of it before.  But if I was a bettin’ man….I’d say it was a reference to the unnamed Volvo P1900.

The next interesting point is the reference to 100 Glasspar G2 bodies.  That’s all the bodies that modern day evidence and sleuthing points to having been built.  According to Frank Hecox, Glasspar employee who worked on G2 bodies, the production of the bodies stopped in 1954 when work shifted to projects for Walt Disney and Disneyland.  So production would have reached its zenith about the time that the article was written.  And when the article appeared in print in early 1954 – G2 bodies would have been, at best, in limited availability.

The final information I noticed was the mention and “tip of the hat” the author gave the team that built the Glasspar race car – driven by Warren Gerdes and built by Ted Mangels and Ed Martindale.  A nice homage and great way to close the article on a significant company that changed the way we look at building sports cars out of lightweight, composite material.

What an excellent article and a glimpse smack dab in the middle of the golden age of building your own sports car.  And…it provides insight into the biggest name in ‘glass at the height of their impact – Glasspar.

But wait – there’s more!  This is just the second article in a series that appeared in the 1954 Custom Cars Trend Book Annual #109.  We have many more articles to go….and miles to drive before we sleep 🙂 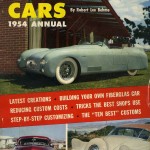 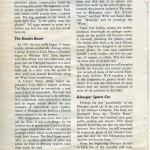 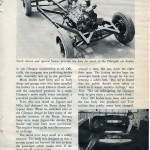 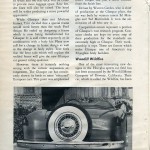 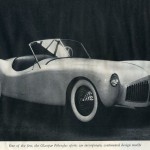 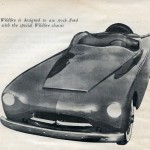 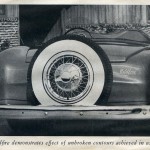